Home Books Blog Clear Ice Talks Hire Me About Search Contact
Gin, Tonic, Ice, and My Tombstone
Bugs & Booze & Things to Do with Ice: Camper's Talks at Tales of the Cocktail 2017

Drinking the Drinks at Double Back, the Temporary Bar Inside SF's ABV 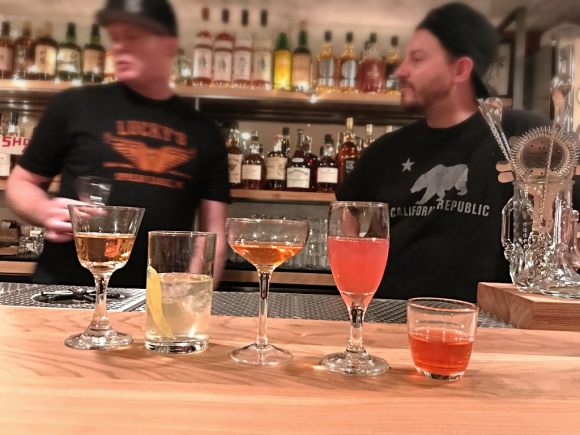 Throughout this year, San Francisco cocktail bar ABV is rotating the concept in their balcony every three months. The balcony is called Overproof and the bar inside of it has just changed over from the rum-themed Flip Flop to the whisky-themed Double Back.

My write-up of Flip Flop is here.

The deal is that you get five bites of food and five smaller-than-usual drinks for one price ($60), with no substitutions available. There are two seatings Thursday through Saturday, plus one seating Wednesdays.

I had the opportunity to pop in and try the cocktails before their second night of service. Rather than go through them in order as served, I'll hit them from my least to most favorite.  But here's the order in which they were served: 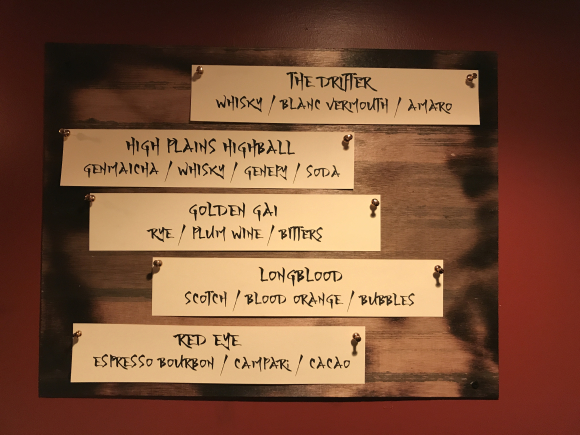 Beginning at the last cocktail, the Red Eye uses Mosswood's Espresso Barrel Whiskey with Campari and Tempus Fugit's delicious Creme de Cacao. It tastes dense and bitter, making it a nice digestif (with a coffee picker-upper). 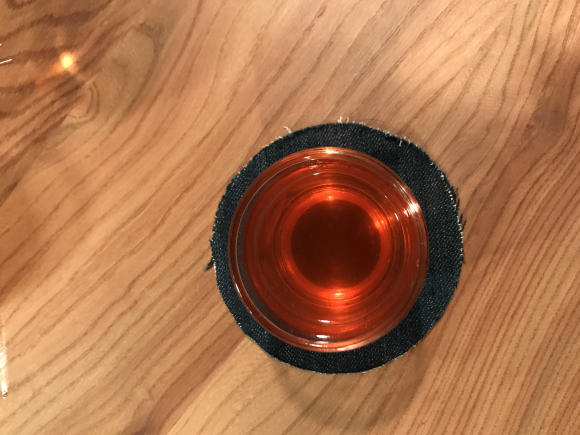 The Drifter, the welcome drink, tastes like a Diet Old Fashioned in that it's lighter in body but similar in flavor to the classic. It has Japanese whisky, Amaro Nonino, blanc vermouth, and bitters. It's the one on the left in this picture. 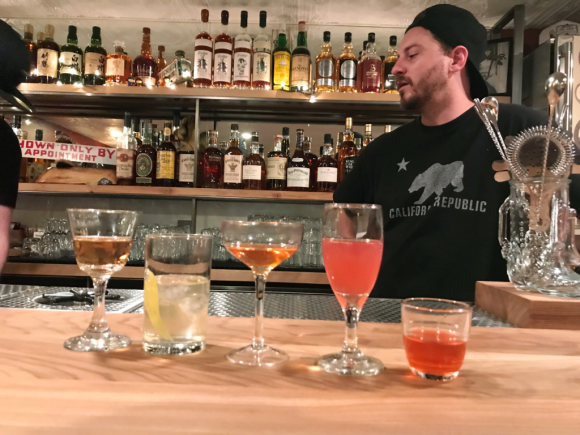 Next up is the confounding Longblood, which was described perfectly as, "looks like Sparkling rose, tastes like a scotch and soda." It has blood orange shrub in it, but the peated Longrow (get the name now?) scotch and soda steal the show. I am not usually that impacted by cocktail visuals, but it was surprising every sip. (Also, really delicious.)

This is one of two bottled-and-carbonated cocktails on the menu. 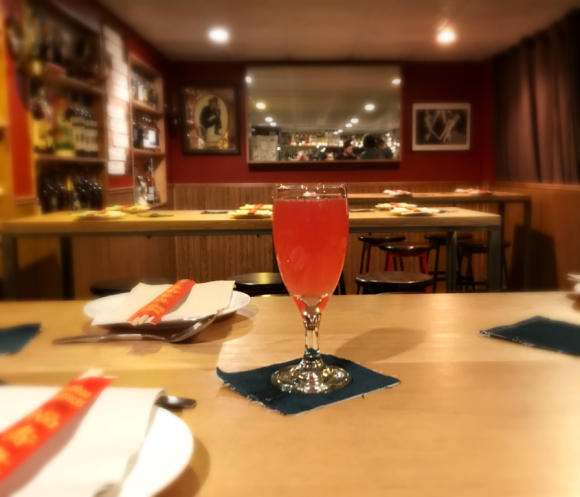 I'm a total sucker for plum wine in cocktails, so I had a feeling I'd enjoy the Golden Gai-  and I was right. It's made with "typical Manhattan specs" so I'm guessing about 2/3 Willett Rye, 1/3 Plum Wine, and bitters. This is probably one we can start making at home, folks. 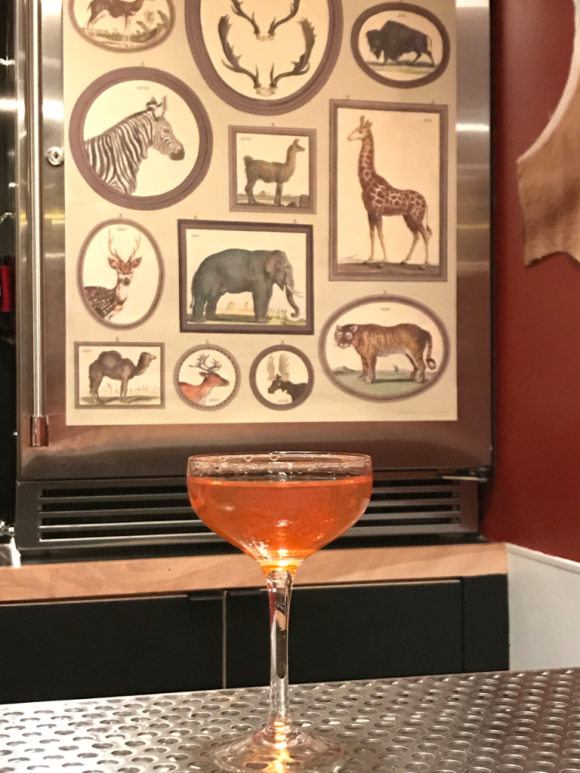 But my favorite cocktail of the night was the other carbonated number, the High Plains Highball. It's made with Japanese Whisky (Toki), Genepy, and rice green tea (which I just learned is called Genmaicha). It tastes like a green tea rice-popcorn whisky highball. They had a version of this highball on the opening menu at ABV, but I don't remember the green tea aspect in it.

It's so good. They should put it on tap this summer. 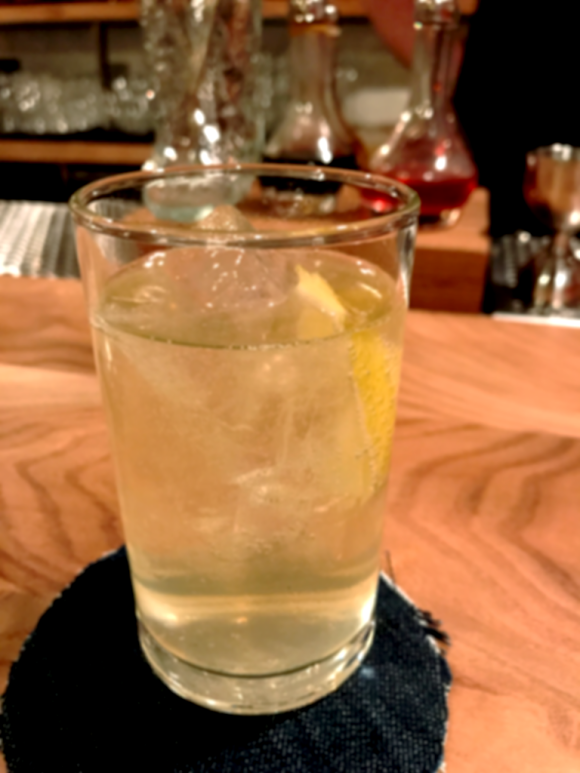 That's my take on things anyway. Below are a couple pictures of the space. For reservations, start here. 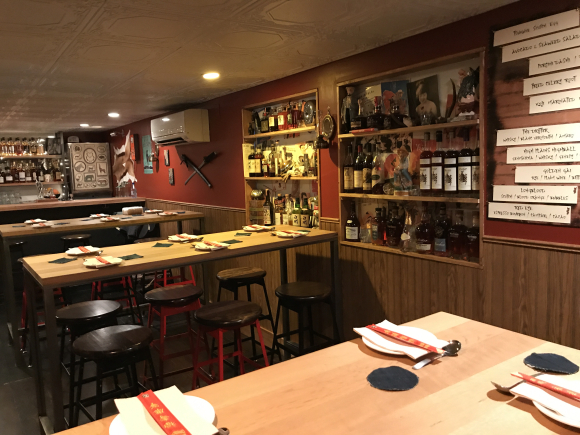 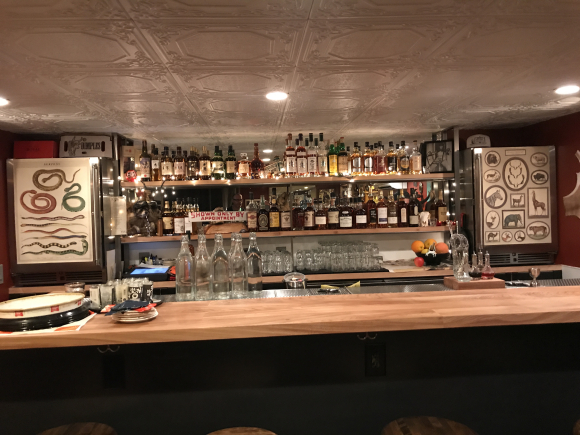 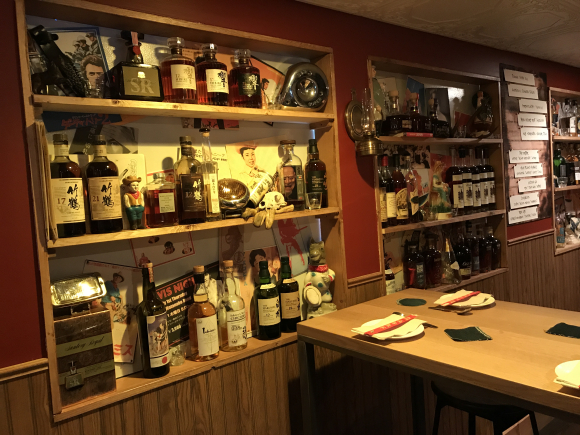 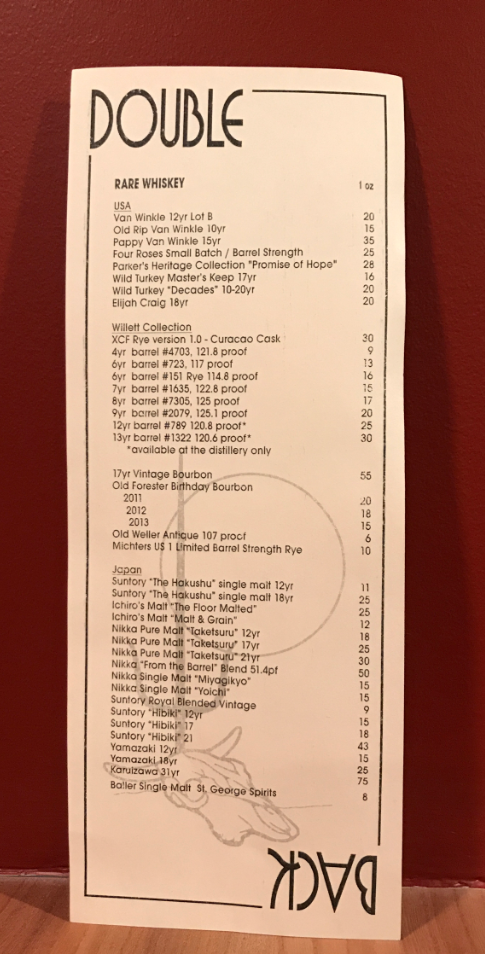