If you're an ice/cocktail nerd you've probably seen an ice ball press  - a heavy metal object that squishes and melts a big piece of ice into a sphere. The first ones out years ago were branded by The Macallan scotch and found in whisky bars, then later became for sale by other manufacturers. Later on, some brands were making versions that were still spheres, but pressed with the shape of a soccer ball, then in other shapes like diamonds and snowflakes. 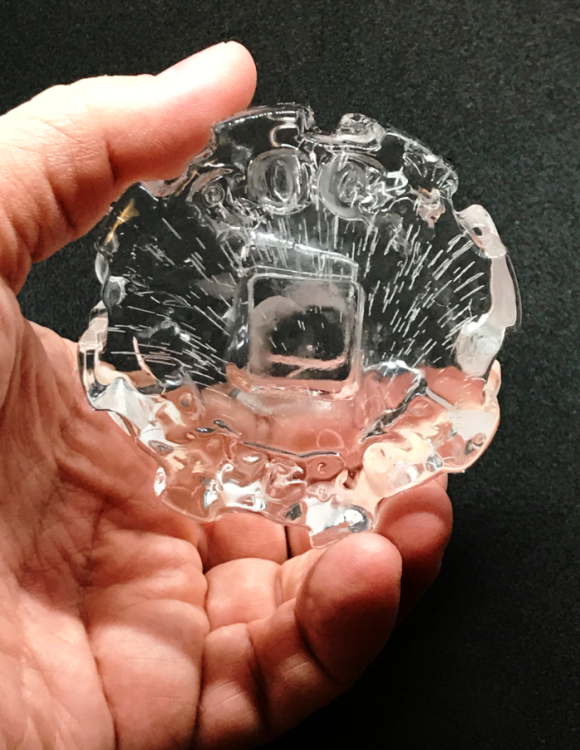 Just this year I've seen ones made in brand-specific shapes. One of them was made for Roca Patron, the all-tahona-crushed-agave line of Patron tequila. It is in the shape of the volcanic tahona stone that was used to crush the baked agave plant to separate the fibers and expose the fermentable sugars prior to fermentation/distillation. Patron and most all tequila makers that use tahonas now uses cement-filled wheels with a central motor, which you can see in this video I took during a distillery visit a few years ago.

Anyway, Patron kindly lent me one of their ice disc molds to play around with at home. These won't be available for sale anywhere - they're just featured at bar accounts to promote serving Roca Patron over ice - but I think in the coming couple years we'll be seeing a lot of variations as the universe catches up to our ice geekery.

So here's a visual tour of the Roca Patron ice disc press: The press itself is of heavy (probably-copper) metal. 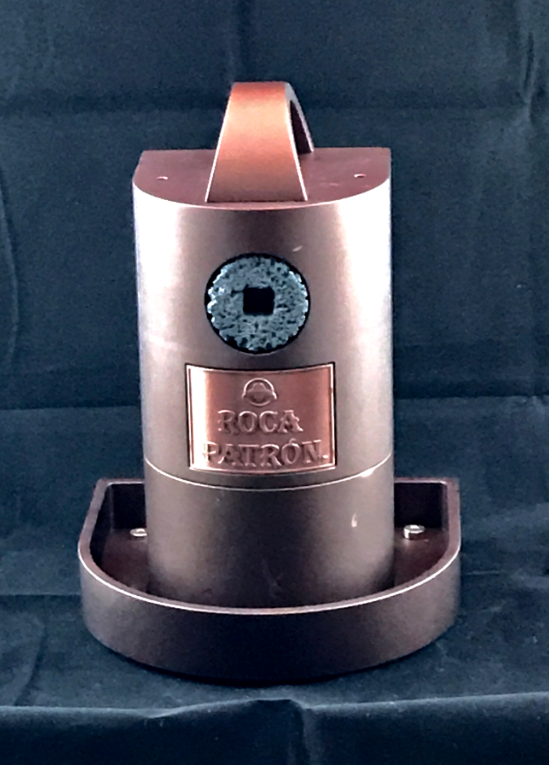 As with all of these, it's in two parts with the mold shape in the middle. 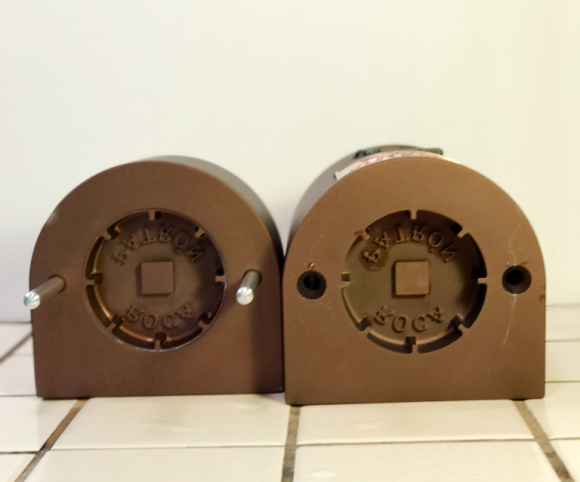 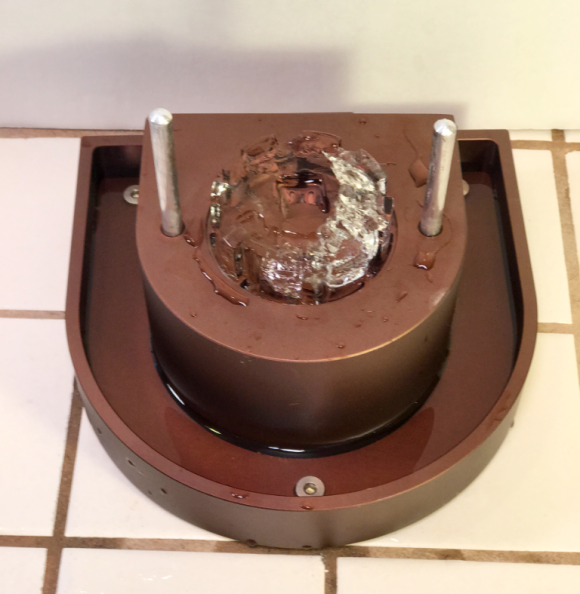 One thing different about this ice ball press is that they sent along with it insulated ice molds to make clear ice pucks. That was always the problem with the regular ice sphere makers - unless you have clear ice going in, you get a cloudy ice ball. These are the clear ice puck makers. They're an insulated box with a rubbery mold insert. Using directional freezing, the water in them will freeze from the top down, so the ice in the mold will be clear, and the remaining ice below it cloudy.

In the pictures, any of the ice that looks cloudy is just frosty. You know I wouldn't allow cloudy ice a place in my freezer ;) 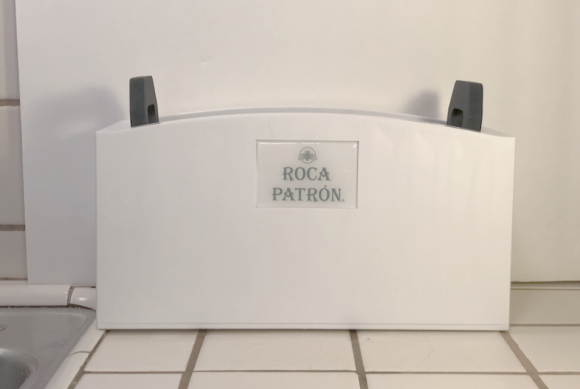 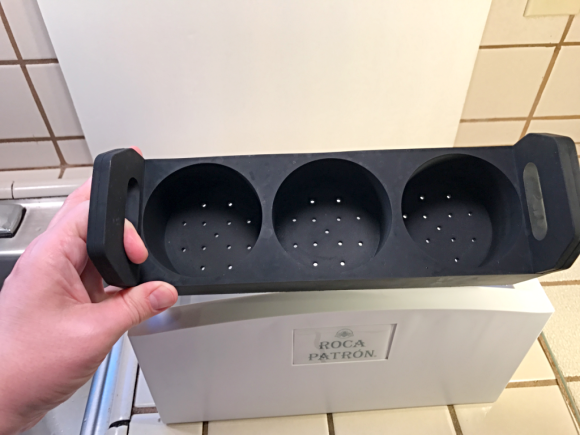 You can see a finished puck being squished into an ice tahona in this video at regular speed:

And in this sped-up one:

Sorry I'm pretty terrible at videography, and also at photographing the resulting discs, but they're pretty "cool." 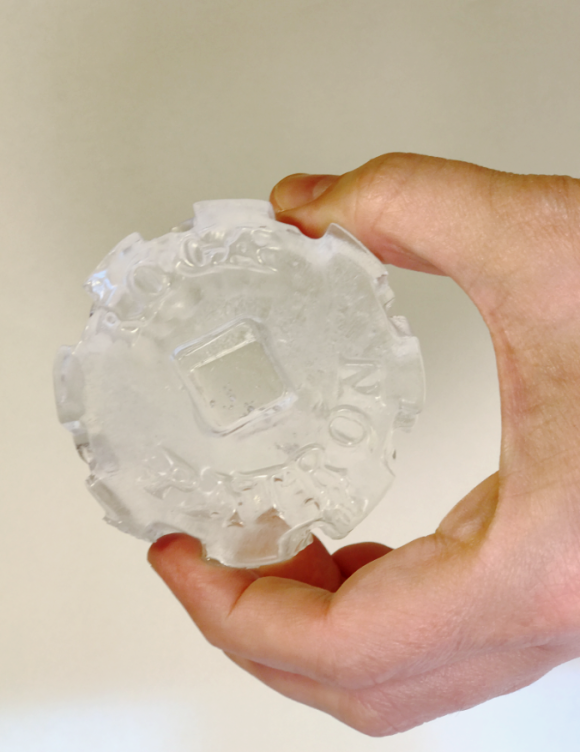 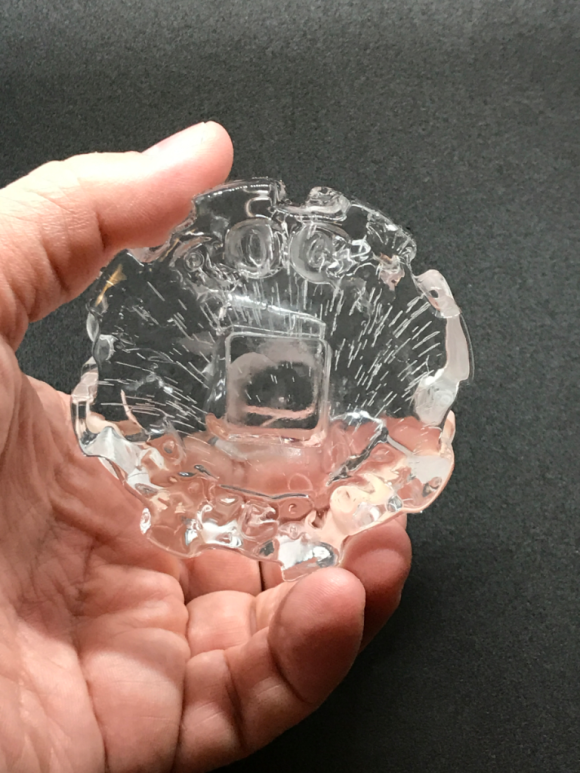 This is what I do for fun. That was fun!

Hi - these ice molds look fantastic! Do you mind sharing where you got them?

These were loaned to me by the brand PR team.