Pabu's Cocktail Program Now One of the San Francisco's Best

The other week I had a chance to check out the seasonal cocktail menu at Pabu, the huge and fancy Japanese izakaya/sushi restaurant from the Michael Mina Group in the Financial District of San Francisco. I've been to Pabu on several occasions, and the drinks have always been good, but I think they're now at the top of their game.

The cocktails are the increasingly-rare combination of inventive, savory, light, and refined; and a refreshing deviation from what most other bars in the city are doing. 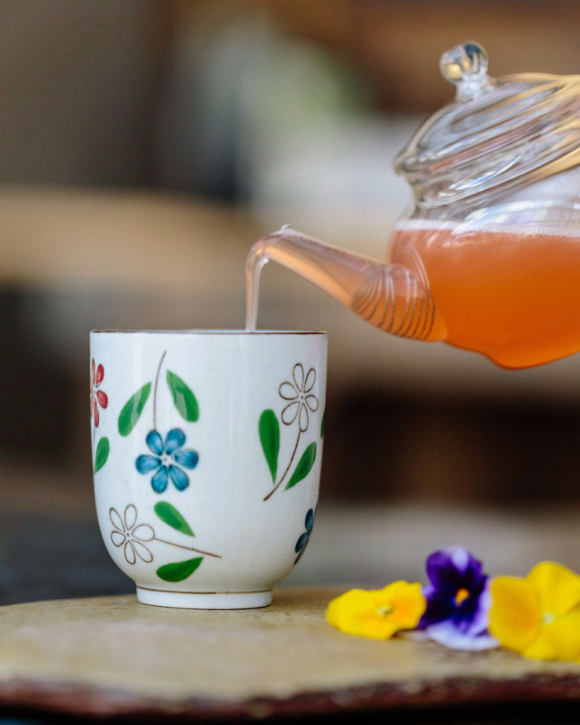 Lead Bartender Nick Jones says the new drinks are the result of a team effort, and they also have a leg-up from Alameda's St. George Spirits: many of the cocktails include their take on funky shochu (that I didn't even know they made). Ingredients like St. George's fantastic Baller whiskey, the light Suntory Toki whisky, junmai sake, and pickled plum, add unfamiliar, interesting flavors and keep the menu on a tightly-controlled Japanese theme.

About half the menu changed over recently. Below are the new drinks. 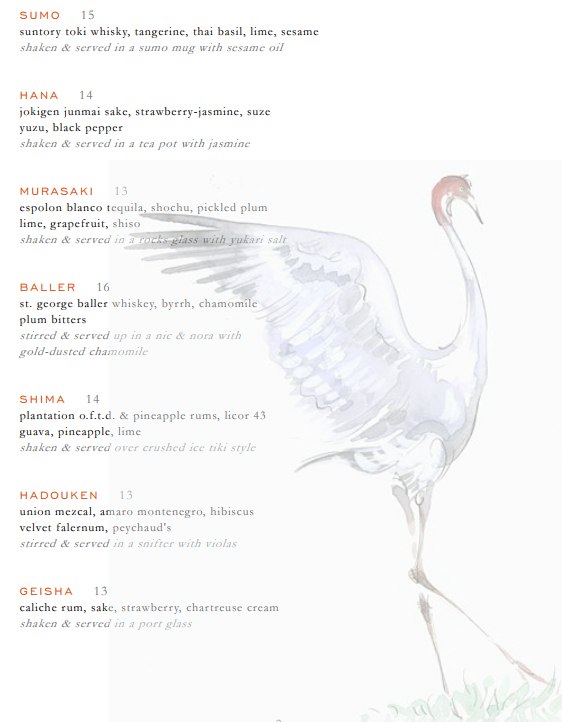 Sumo, a bold whisky drink served in a ceramic mug with a dominant note of sesame oil. Despite the tangerine and basil flavors, I'd choose this drink as a digestif. It doesn't so much go with food; it is food. 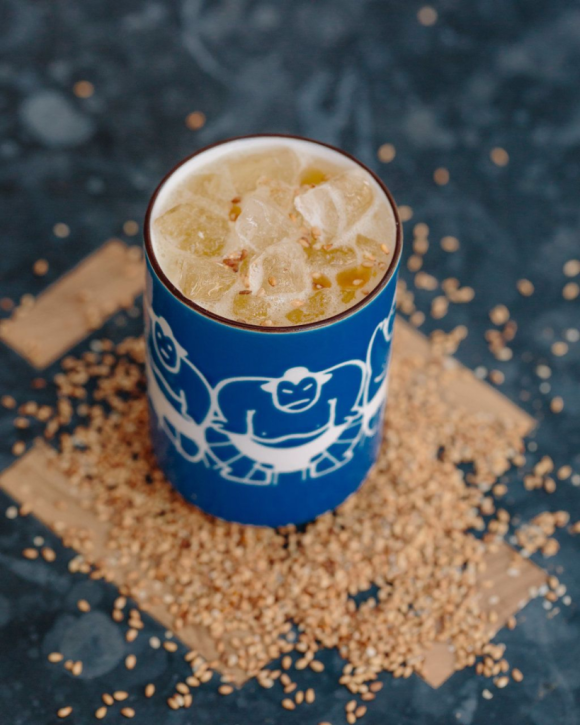 Hana, an elegant, soft and savory aperitif cocktail of sake and Suze, served from a teapot. (image above)

Murasaki, a bright and refreshing cocktail that's equal parts tequila and shochu in flavor; a fantastic introduction to what this menu is all about. 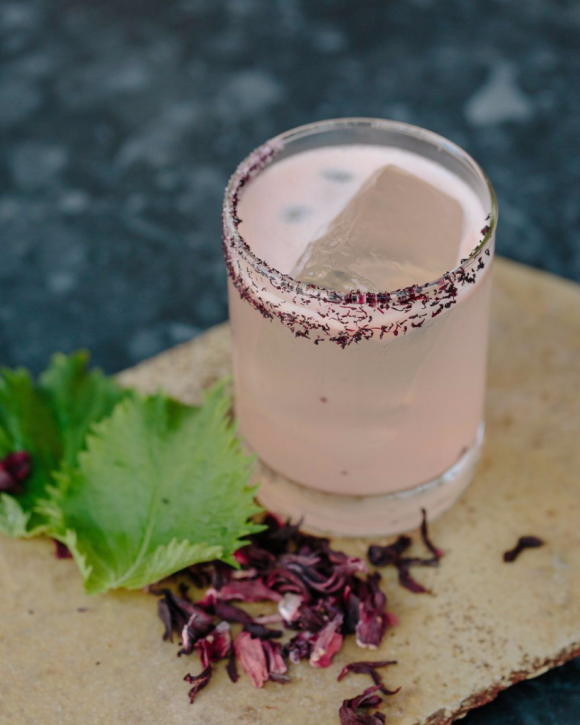 Baller, a Manhattan-style cocktail with St. George Spirits' Baller whiskey and Byrrh; probably one of my favorite drinks in San Francisco at the moment.

Hadouken, which reads on the menu like another stupid boozy mezcal-and-bitters drink with Amaro Montenegro and Union Mezcal, but is in format wonderfully, surprisingly light-bodied and probably quite izakaya-food-friendly. 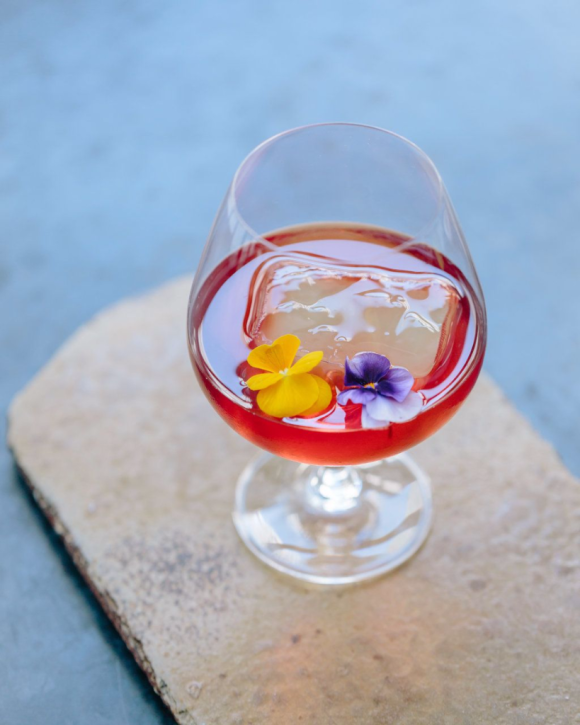 Geisha (they really need better names for these drinks), a drink with rum, sake, strawberry, and Chartreuse cream that is the showdrink (I think I'm going to start using this term from now on) to order for people nervous about the menu, in that it's tasty but also has the friendly-foamy-yum factor. 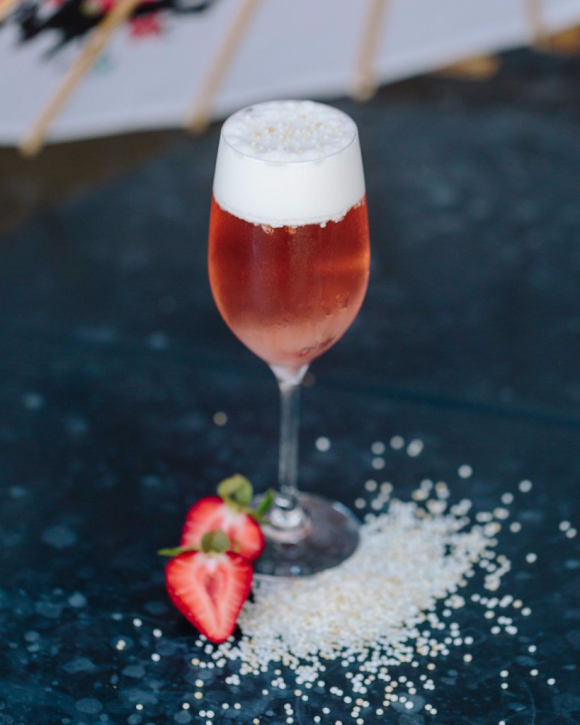 The second page of cocktails includes held over from previous menus. I tried one I'd missed previously: the Shiso Delightful with St. George shochu, shiso-infused vermouth, sherry, lemon oil, and bitters. It was huge in funky, grassy, what-the-eff flavor (probably too huge for some people) and the drink to try if you love big drinks, rhum agricole, and/or want a final-final drink of the night. It's three weeks later and I think I can still taste it.

The drinks range from $13 to $16 so you're definitely paying for the unique and pricey base spirits in the cocktails, but thirteen dollar drinks in SF is no longer shocking. Treat yourself.