Robot Bartenders in the News

While robots will eventually make all our jobs obsolete, they seem to be coming for bartenders first. Three robot bartender happenings have popped up on my radar recently.

I wasn't able to attend but it promised judging based on:

Check their Facebook page for more info and future events.

Tipsy Robot is a new bar in Las Vegas where the robots make the drinks for you. 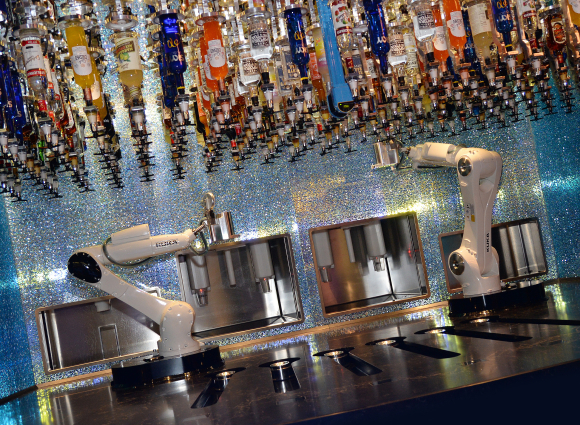 A one-of-a-kind destination attraction that merges craftsmanship and high-tech innovation, Tipsy Robot features two cocktail-shaking robots that interact with customers in a social, digital environment. Customers can order one of Tipsy Robot’s 18 signature cocktails — or create a custom cocktail — through one of the bar’s 33 tablets.

The robots mirror the actions of human bartenders. They mix, shake, pour, slice fruit and even dance to the latest Top 40 and EDM hits. Each beverage takes 60-90 seconds (or less) from order to completion.

At the annual Tales of the Cocktail convention in New Orleans on July 21, there is a seminar called, "Bartending Robots: Friend or Foe?" 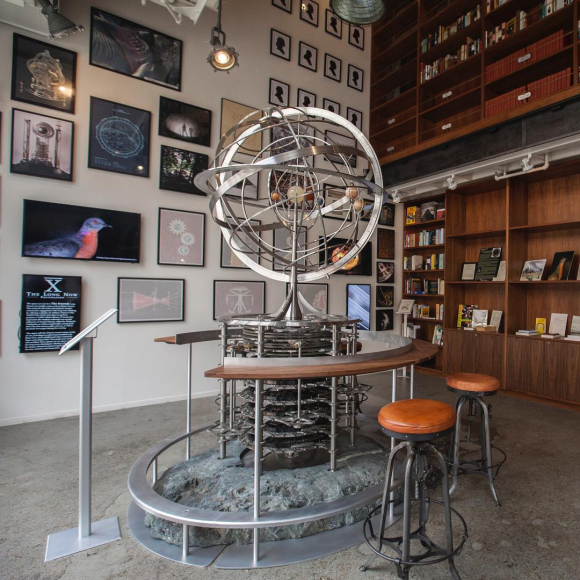 The seminar will talk about the future of cocktail robotics, as well as introduce a forthcoming robot-made gin that will be blended a la minute at The Long Now Foundation's bar The Interval. Can't wait to try it.

What of a bartender’s skill can a machine replace? And what is it likely to replace? While people are (usually) much nicer than robots, our mechanical counterparts have been growing in speed, accuracy and number. Before you deride robotics as technology that denigrates the noble bartender’s position, let’s explore the ongoing evolution of bartending machines and how we can use them to further the craft. Taking a cue from European flavor houses that make bespoke gin for brands and bars, Jennifer Colliau, Beverage Director of The Interval in San Francisco, worked with St. George Spirits to make single-aromatic distillations that are combined via robotics to whatever specifications a guest would like. Jennifer is joined by Dave Smith, Head Distiller of St. George Spirits and the manufacturer of the single-aromatic distillates, Pierre Michael, owner of Party Robotics and the builder of The Interval's Gin Robot, and Alexander Rose, futurist and Executive Director of The Interval at Long Now. Join them for a discussion of the future of robotics and automation and how they can impact the bar, for better and for worse. During this seminar, you will taste finished St. George gins, investigate styles and recipes, then use the individual aromatic distillations to mix your own gin.

SO the real question is what is an appropriate tip for a robotic bartender? batteries? nuts and bolts? a thumb drive?

And what do you say to the robot when there is a fly in the drink?

Maybe it will have a breathalyzer arm as well, because it sure isn't going to know if you're bluto-ed or not.