A Look at Cold Drinks, the New Bar Inside China Live in SF

China Live is sorta kinda a Chinese Eataly; a food court/restaurant and shopping mall combo. There isn't a ton of shopping but there are a few bars and restaurants and more on the way - a fine dining restaurant, banquet hall, and nightclub-type venue will be opening in coming months.

Downstairs is a restaurant open all day along with the shopping area and central bar. The cocktails there are meant to be light and food-friendly, but also in colorful glassware/format and mainstream-consumer friendly. 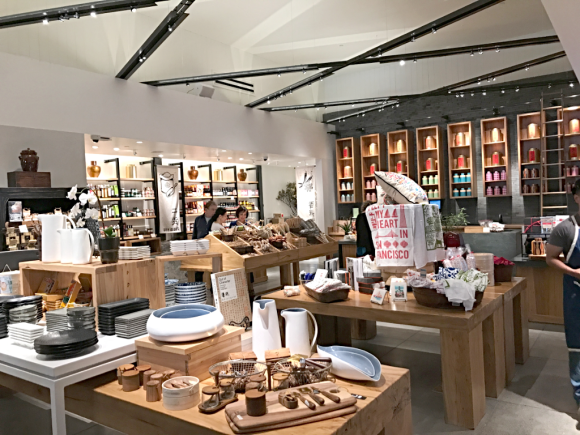 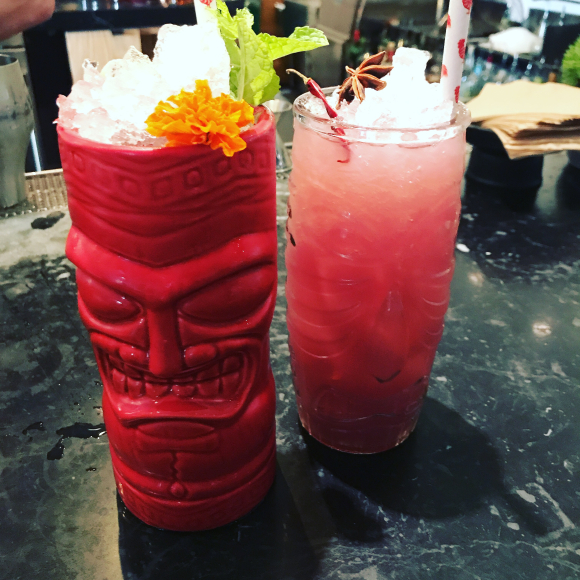 Upstairs is Cold Drinks, which is in soft opening mode in that they don't have their menus printed yet. It's a hidden bar in that there is no information on the website (they do have an Instagram account), and you follow the bat symbols upstairs and enter the door with a bat on it. It opens at 5.

Inside is a gorgeous bar with brown, grey, and gold colors, overlooking Columbus Ave. Apparently the view is even better at night when the neon glows. 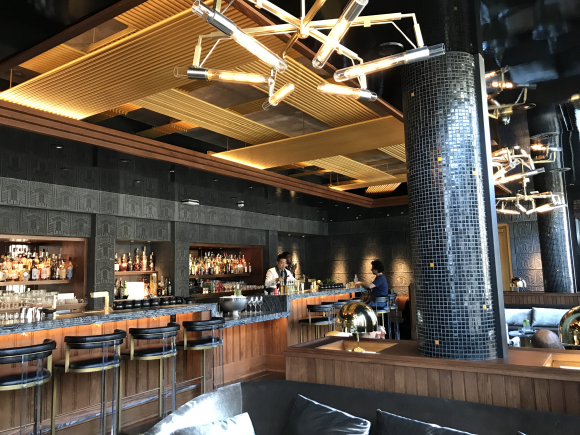 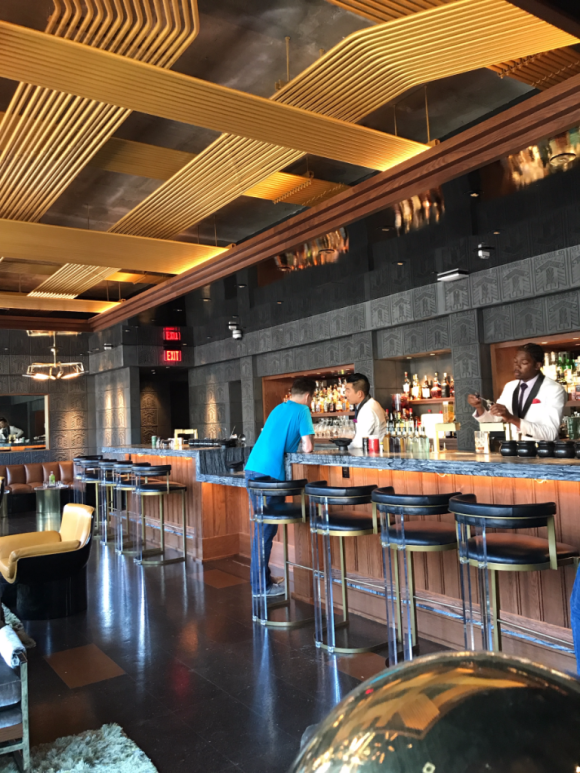 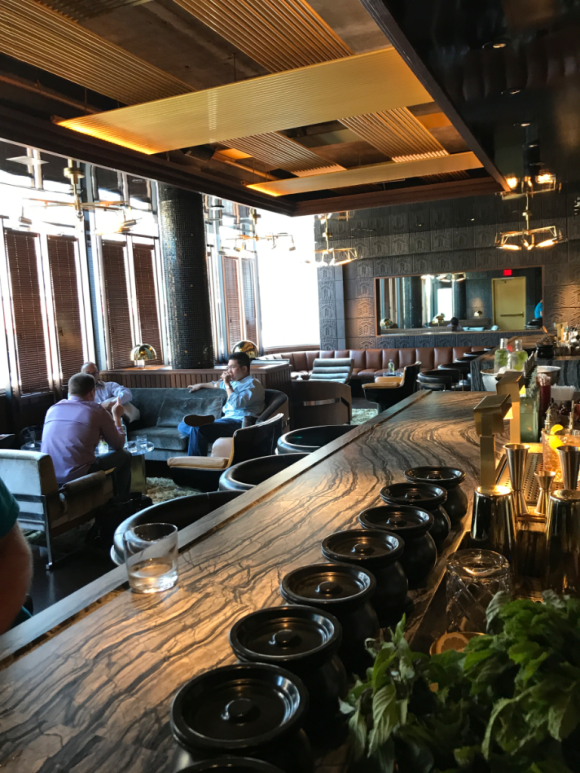 While I don't have the full menu yet, the cocktails are themed around scotch whisky. (Unlike every other new cocktail bar in America that is themed on Japanese whisky....)

Their take on the spirit, lead by Beverage Director Duggan McDonnell (the former owner of Cantina), is not to just take regular cocktails and shove scotch into them, but to use scotch in unique ways as an accent flavor. Or, as McDonnell described the concept, "smart people fucking around" with scotch.

Of the drinks I sampled, I'm not sure that any of them had scotch as the base spirit; all or nearly all were split-base drinks with another spirit in equal or greater parts. And the drinks are great.

I didn't try Sometimes Old Fashioned, because it has scotch fat-washed with duck fat, then equal parts rye whiskey plus teapot bitters. I did try the Gold Coin, made with scotch whisky, Madeira wine, Ancho Reyes, orange bitters, coconut syrup, and chocolate stout. The drink is fantastic with that orange-chocolate-hot pepper combo. 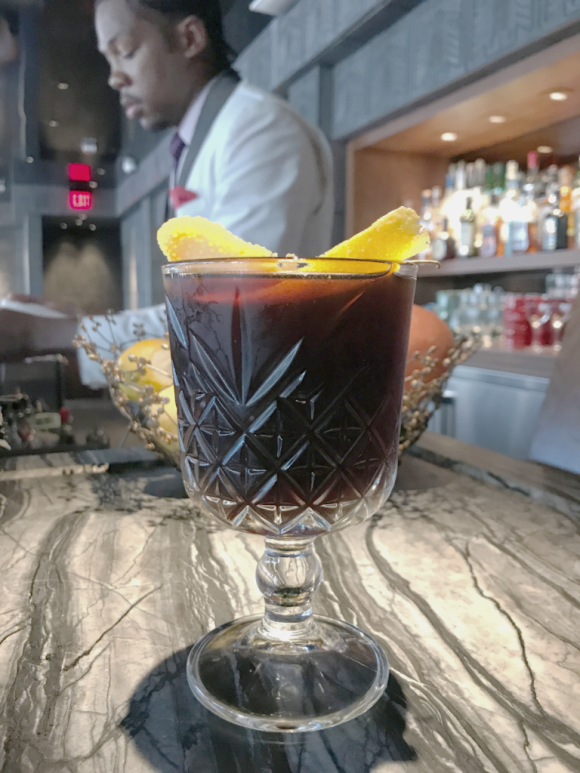 Another drink on the (forthcoming) menu is the Rule Breaker, made with blanco tequila, Benromach scotch, brandy de Jerez, coconut syrup, orange bitters, and chocolate bitters. Despite the ingredients it plays along similar flavor notes as the Gold Coin, and the two cocktails pair well with each other. I'd recommend ordering these two drinks at the same time and going back and forth. 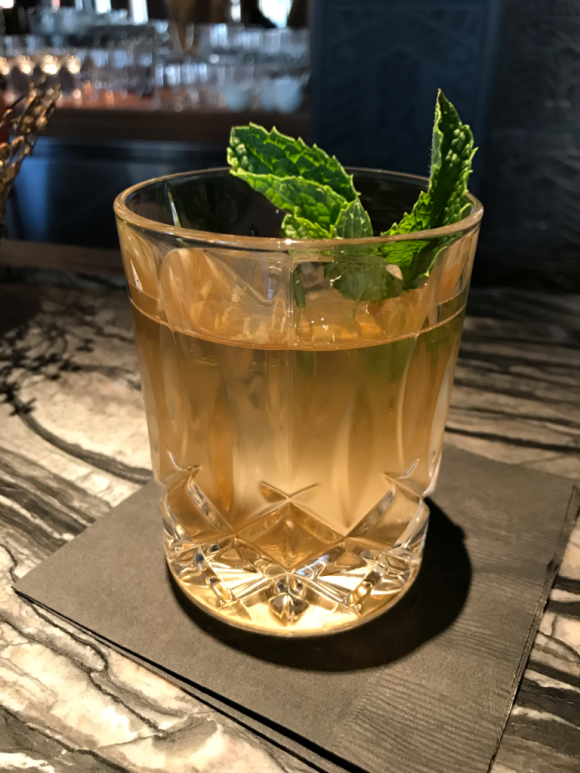 The Sword Swallower comes in a ceramic tiki glass but has the unique combination of Gewurztraminer, mezcal, grapefruit soda, scotch whisky, black tea syrup, allspice, and Angostura bitters. It's terrifically flavorful and weird, but also delicious and easy-drinking. 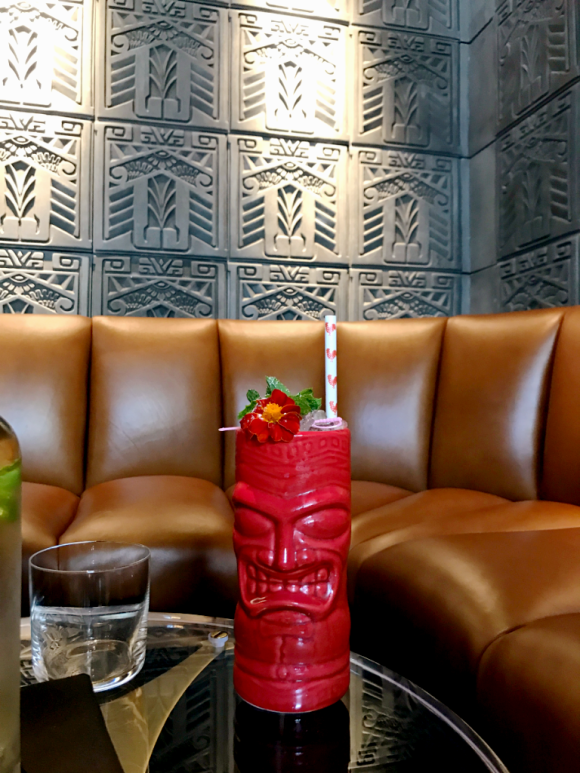 We also tried the Long Islay Iced Tea, a play on the famous 80s garbage drink made with Islay scotch whiskey. The drink has cola and bright citrus in it; I'm not sure what else but one could pound a bunch of them in a row. 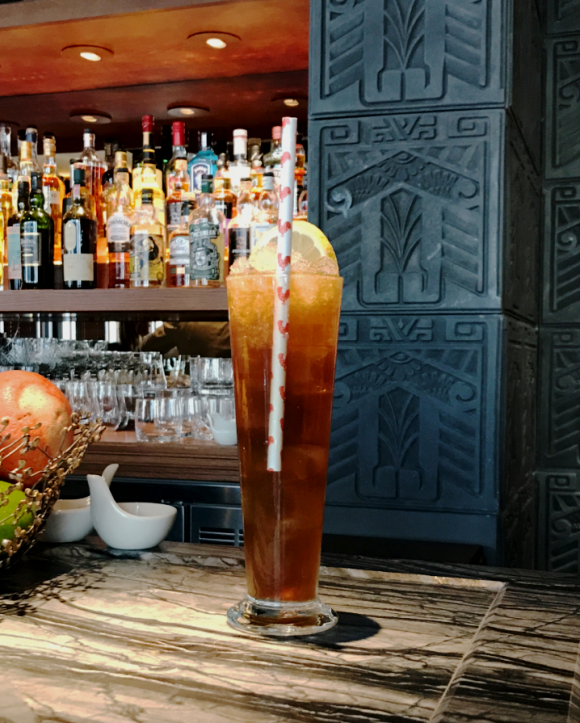 Shots are served in soup spoons, so we kinda had to have one. Cheers. 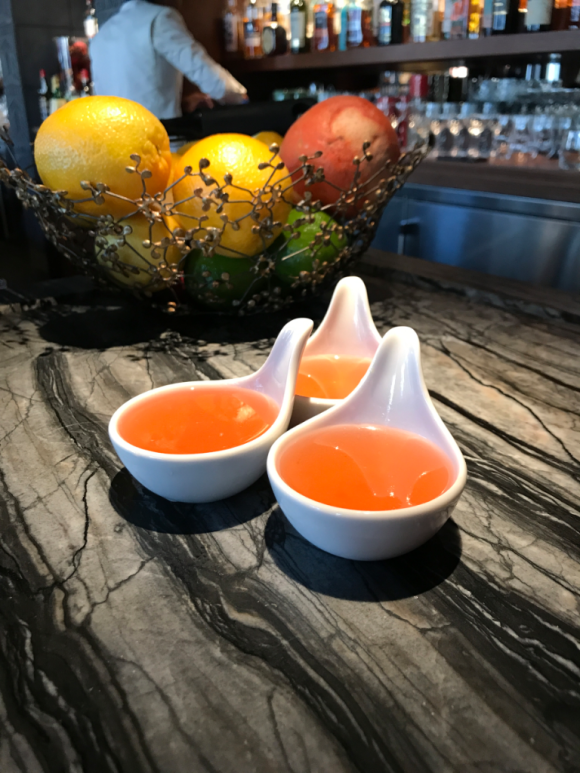