A Nine-Cocktail Lunch at Mourad in San Francisco

Y'all are going to feel super duper sorry for me, but I had to go to a nine-cocktail, three and a half hour lunch at Mourad, the very fancy Downtown SF Moroccan restaurant last week. This was for a press event so I'm sorry to report that you can't just go in and order it.

The purpose of the lunch was to introduce the new cocktail menu developed by new bar manager JP Smith. Smith was most recently at Pagan Idol and Bourbon & Branch, and various bars in Denver previous to that, before taking over for Anthony Parks at Mourad.

The lucky assembled members of the press were treated to lunch to soak up all the booze, but you don't read this website to hear about food. The drinks were all served sample-sized (with a display drink put out for photography) so the images below are some final-drink-size and some small size. In other words, don't worry: The drinks are all big enough when you order them.

They're now making most cocktail ingredients in-house, so there are a number of bright and creative tinctures, gastriques, syrups, and bitters in the drinks.

Long story short: Here are the drinks and what I think of them: 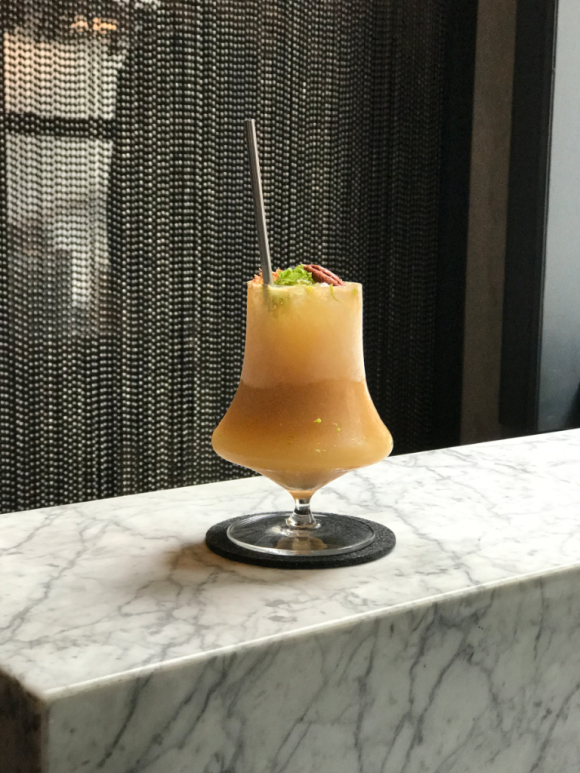 Probably my favorite drink of the lunch came out first. This Fog Cutter variation (it's a varies pretty far from the original recipe) was topped with a big pour of delicious sherry. The sherry was good enough that I wanted a side of it on its own, but then I remembered I had another eight drinks coming so I exercised a rare bit of restraint. 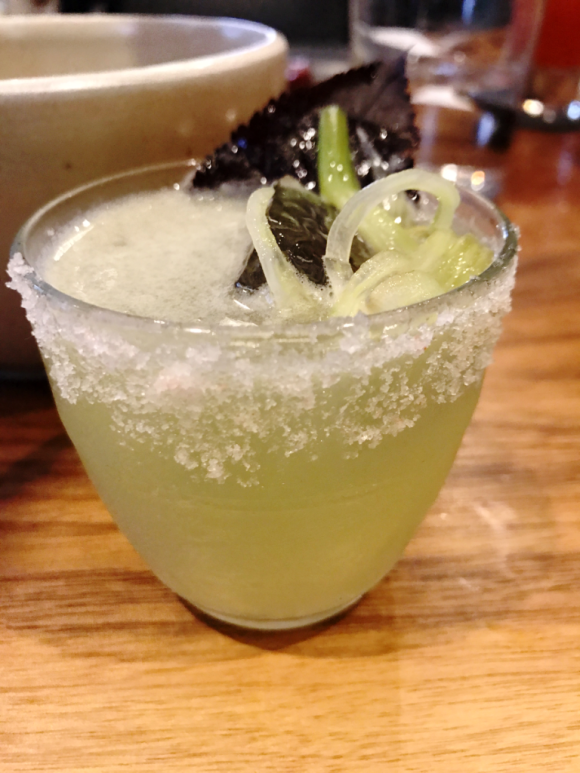 Delicious, refreshing, savory, crushable Gin and Tonic variation. Sorry for the garbage picture that makes it look disgusting. This one is fine with food pairing (even though I think it's weird to have salt drinks with food) or on its own. 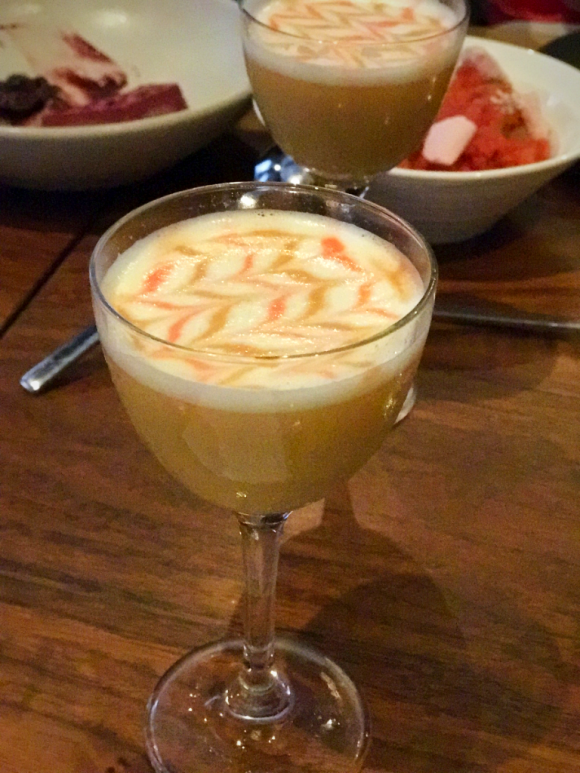 This one has a lot of stuff in it and also a quail egg. 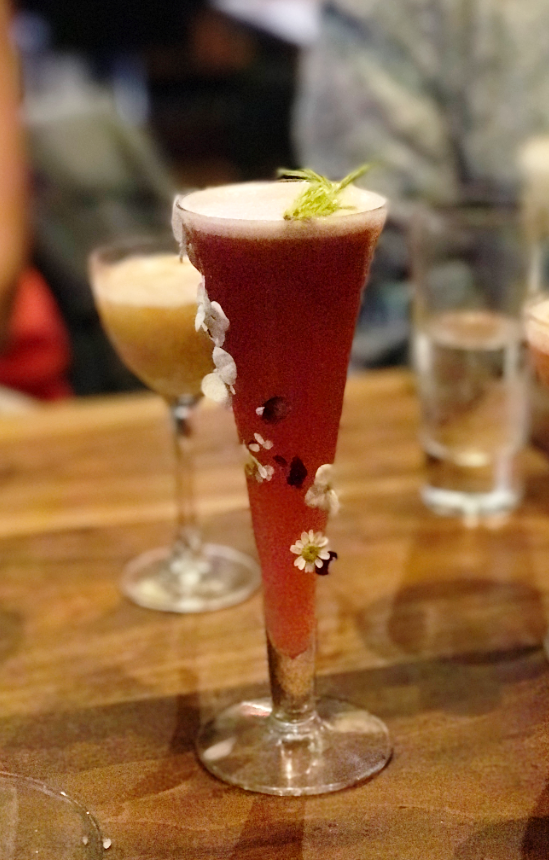 Hey, it's a White Lady variation served in a flute-style glass with flowers spiraling down the stem and it's a safe guess that they sell forty million of this drink every day. 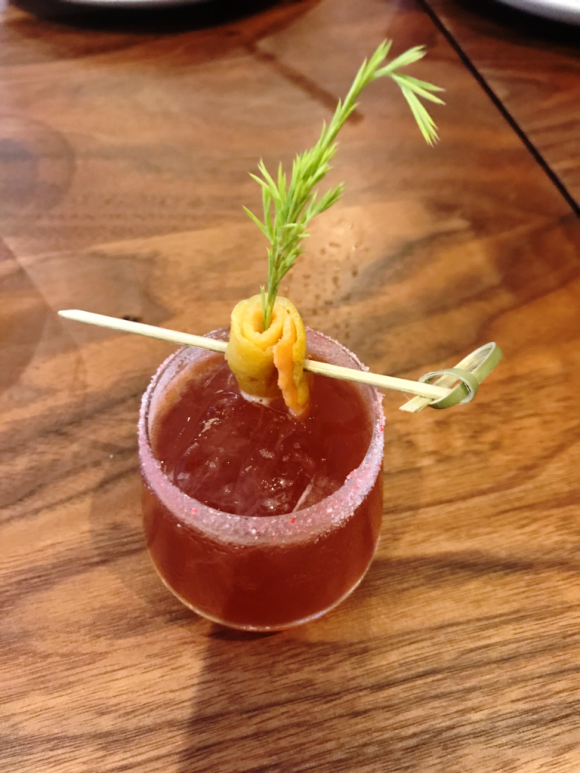 Dear nerds: Here is a drink for you. It has all the things you like except mezcal, but you don't need to put that in everything. Plus it's got crusta cred. Yes it's very very good. 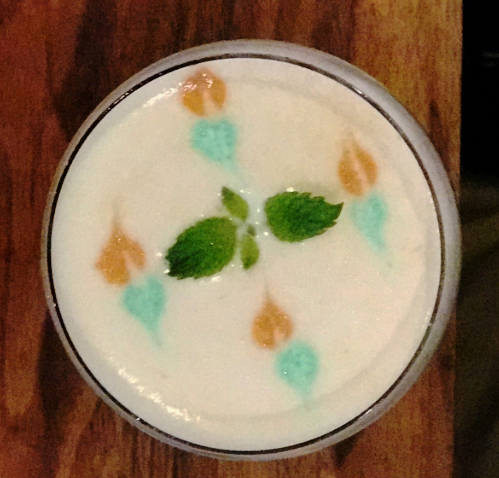 Smith says one of his favorite things to do is make cocktails with unappreciated ingredients. In this drink he's using Drambuie (that fits the bill) as the base spirit for an egg white cocktail. This is a drink I would never have considered ordering (Drambuie and mint? What are you smoking?) but it was a great surprise and unexpected flavor combination that works. We had it as a dessert cocktail. 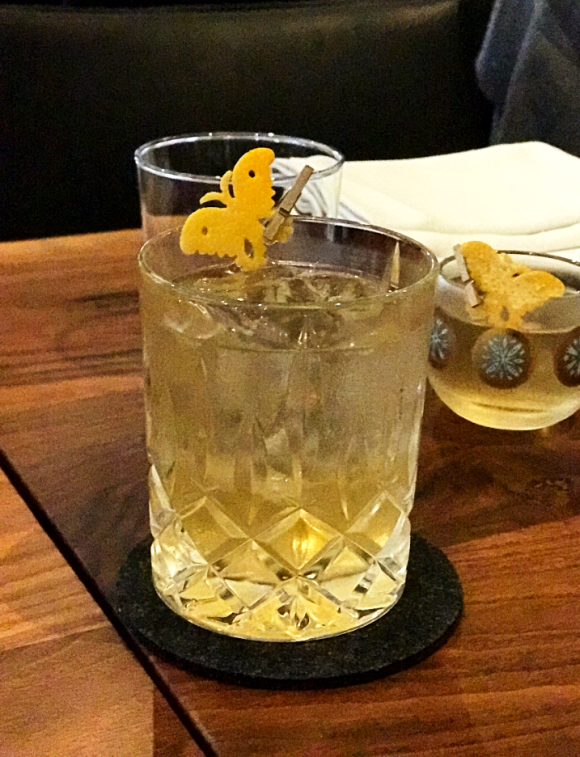 Despite the hearty rum and whisky, this is more of an appetizer with the body of a boozier drink, thanks to the aperitif wine. Yes to this also. 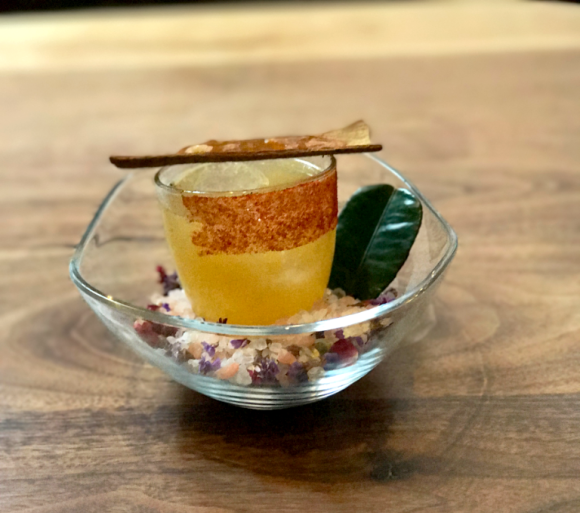 So I guess making cocktails with Casa Dragones is a thing now? Sure. This drink fills that request for "something like a Margarita" and "something spicy" but overall it's pretty mild in flavor and gorgeously presented. 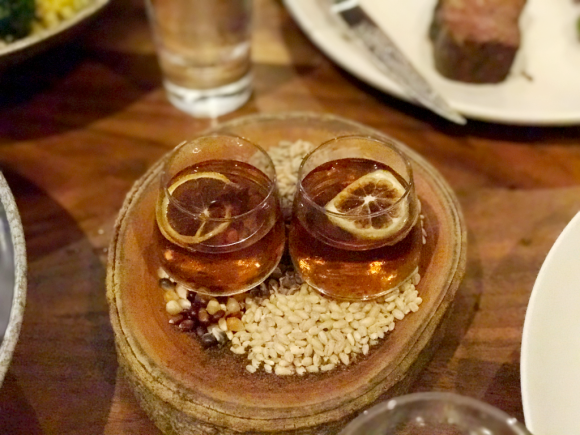 It's sorta kinda like a Manhattan or Vieux Carre sorta. 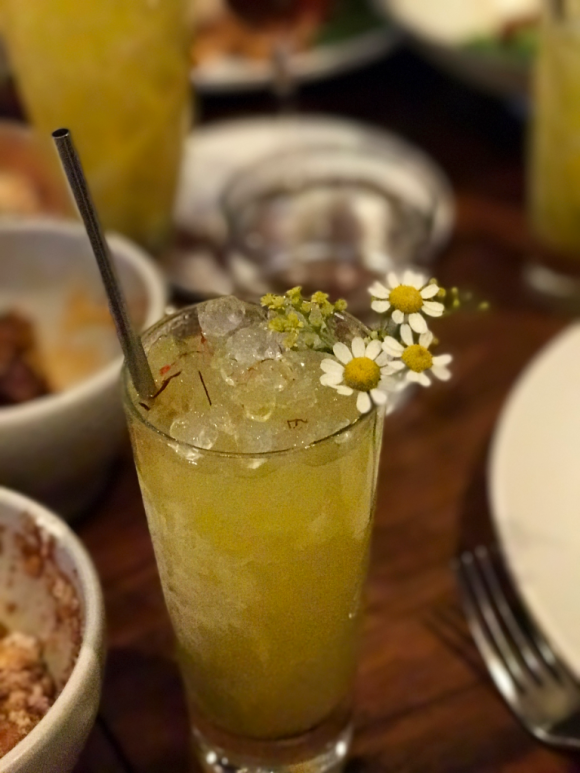 It's a pisco and Strega drink with lots of saffron and it looks like it could be too simple but no; it's delicious and my second favorite drink on this menu and you can wear the flowers home in your hair.

Also I just realized they snuck an extra drink in there so we had ten. No wonder I didn't get anything done the rest of the day.

These are gorgeous cocktails, and most of them sound absolutely delicious. They give a whole lot of inspiration for new cocktail ideas. Thanks very much for sharing your insight!