Drinking Through the Summer Menu at PCH in San Francisco

Next in the series of San Francisco is Trying to Ruin My Liver, I stopped into Pacific Cocktail Haven (aka PCH) to try the new drinks on the summer menu. Little did I suspect that Kevin Diedrich has swapped out nearly 75% of the cocktails.  Then less than halfway through the tasting, all the thirsty citizens of SF all decided to hit happy hour there at the same time and things got real crowded.

Long story short, I sampled all of these drinks in under an hour so I may not have a ton to say about each one.

Before we even began, we started with a Toki Highball - Japanese whisky and fizzy water poured from a custom-built (by the brand) highball machine. The machine filters and super-carbonates tap water and adds chilled Toki whisky.

I want one for my house but recognize that this would be a Very Bad Idea. There are a few of these being installed in bars around the US. There is also one at Nihon in San Francisco. 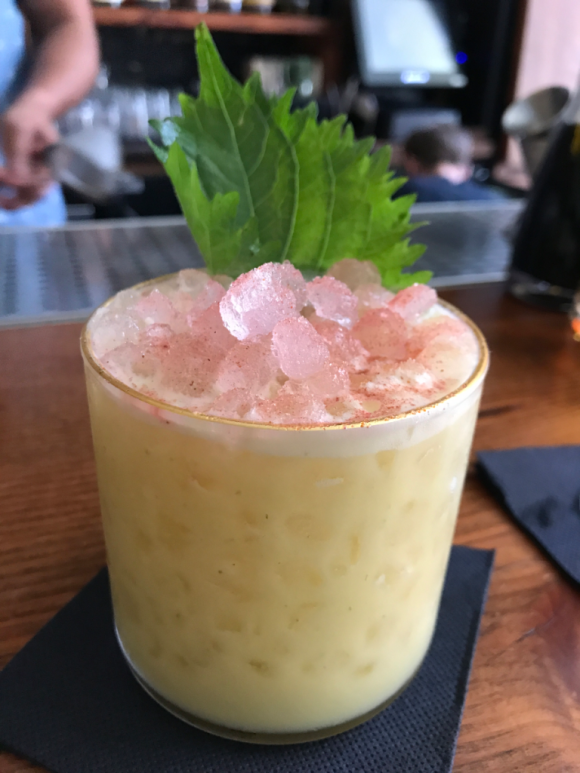 The candy cap topping really makes the drink, but you get the whisky lurking in the second sip and tasted caramel corn-like flavors. I really like how many of the whisky cocktails on this menu are summery. 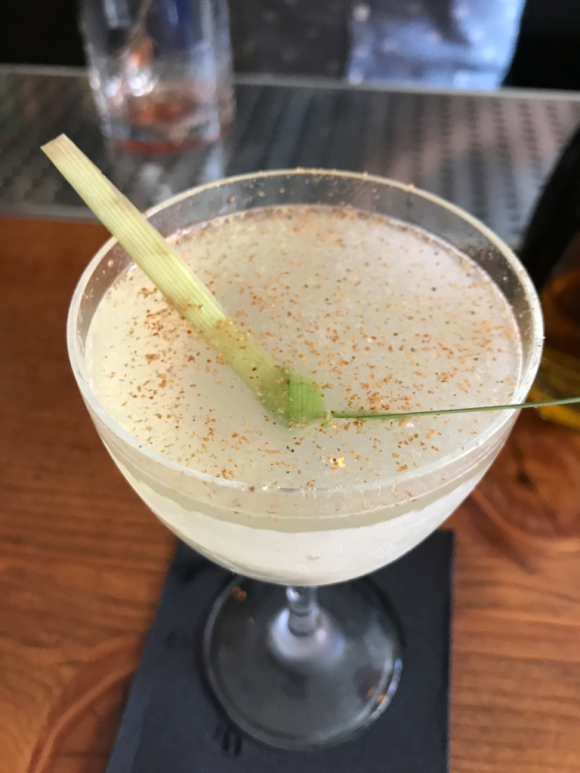 Based on the Thai iced tea with nice round flavors and a pleasant surprise in the smoke from Laphroaig. 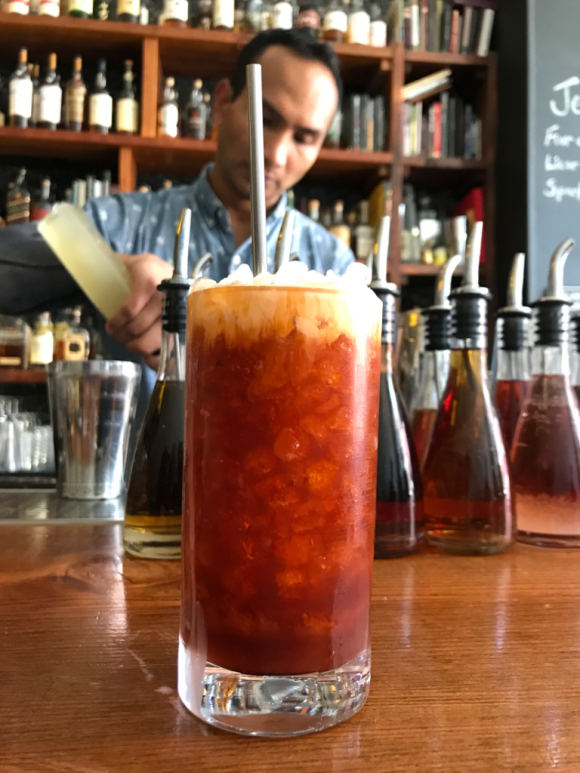 The ice-free format looks like it will be boozy, but it's soft and delightful; the Kalani coconut liqueur helps make it tropical. Silky. 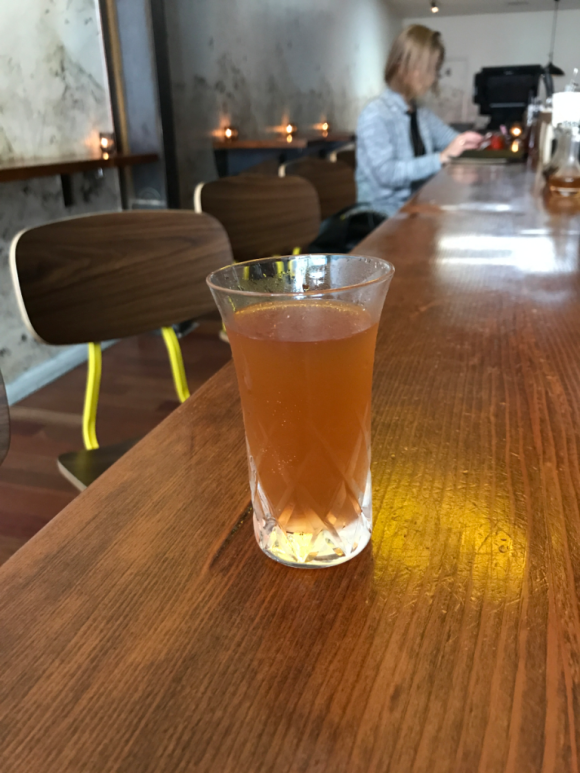 This is a fantastic Negroni variation with both an earthy quality (I assume from the pandan) and an almost greasy finish from the coconut washed Campari. Probably my favorite drink on the menu. 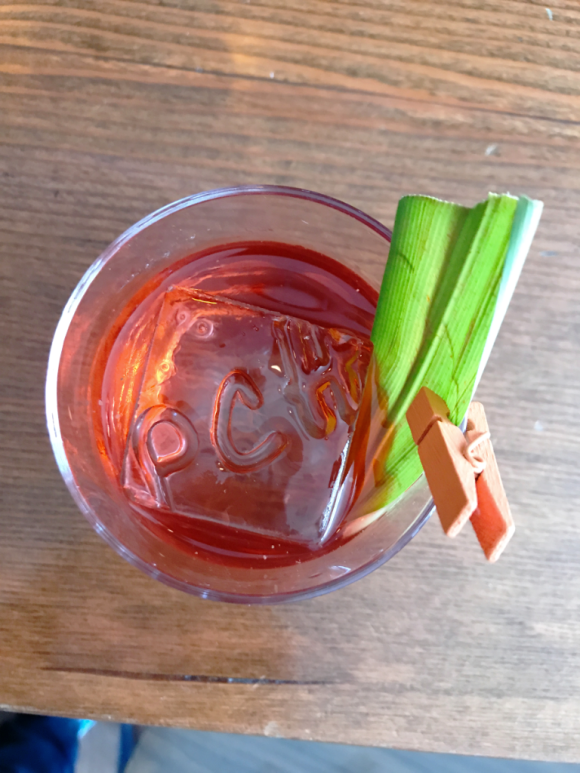 A tropical guava whisky drink with a beautiful presentation. 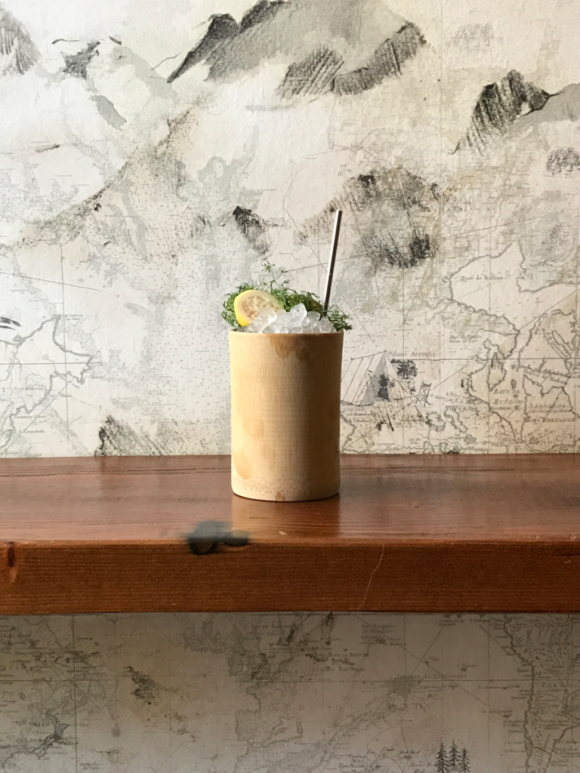 Whisky and cachaca, a bit milky. Chocolate barley used like a tea. 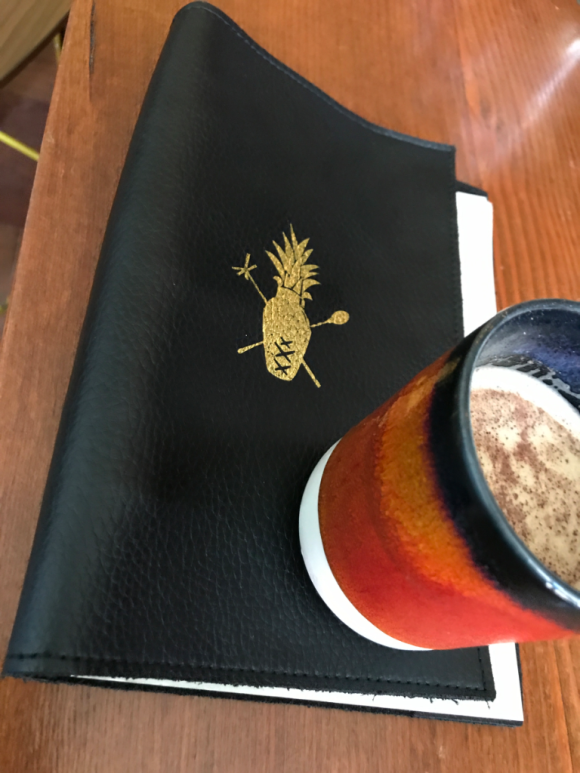 Obviously, this is delicious and they could serve it by the gallon. 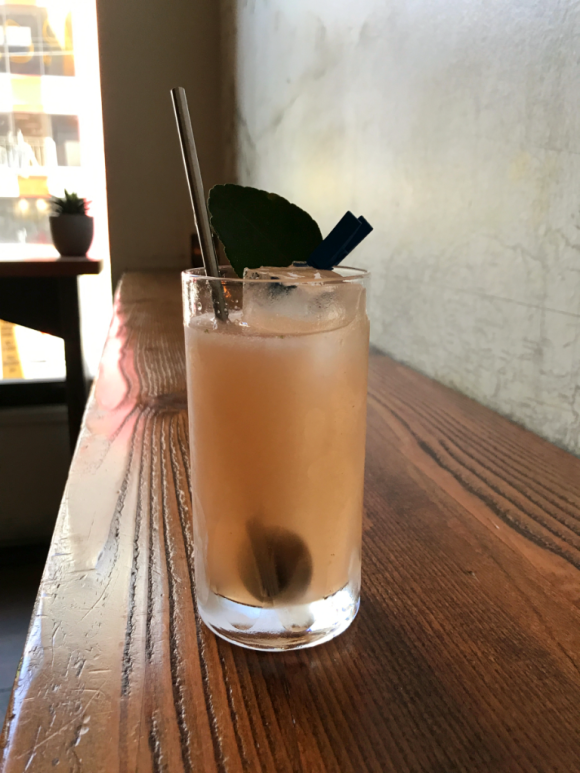 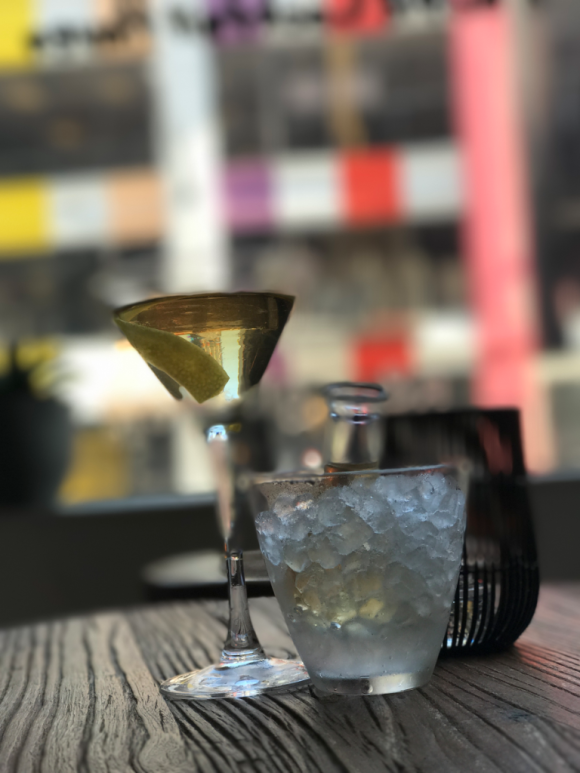 I really liked this drink (I guess we could call it an Airmail variation) but somehow didn't manage to write down what I liked about it. Must try again. 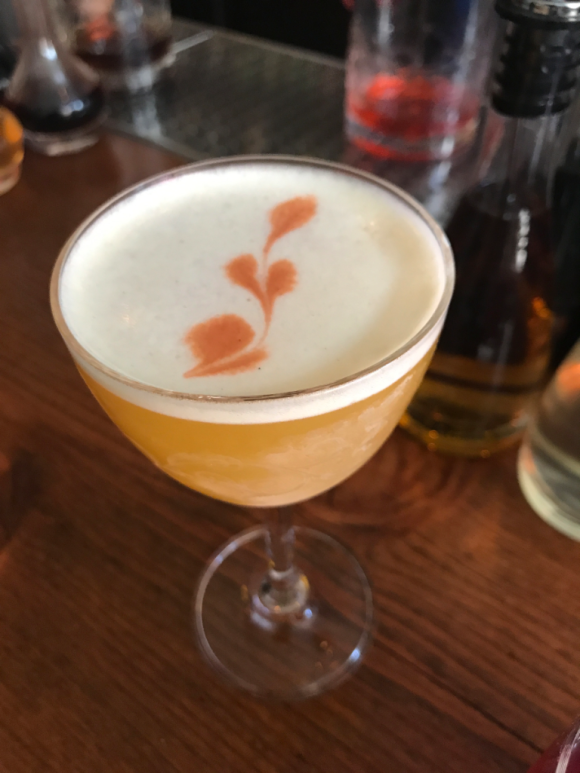 Secret Drinks! There are also "secret drinks" on the menu - in order to see them they loan you a little viewing thing that I think is a UV viewer. You can see on a few pages of the menu some drinks not visible in regular light. Diedrich says there are 7 secret drinks, but each menu only has 2 or 3 of them so if you want to try them all it will take a few visits. Project! 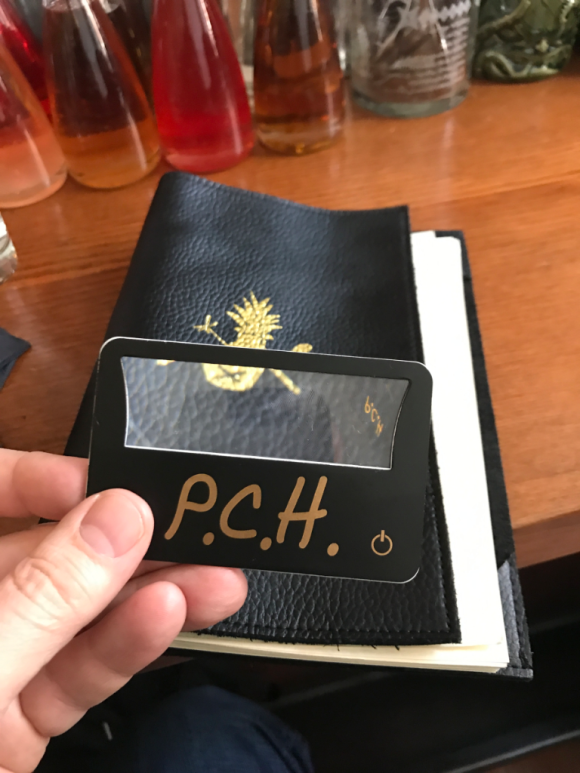 I had two secret drinks:

This drink is delicious with a light grain note, frothy texture, and I want matcha salt on everything from now on. Another menu favorite. 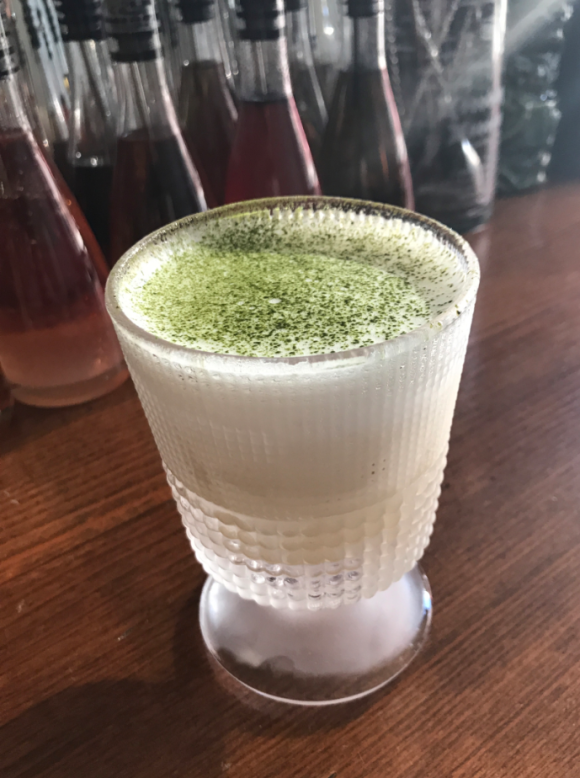 Sorta kinda like a juicy scotch apple cobbler? Let's go with that. 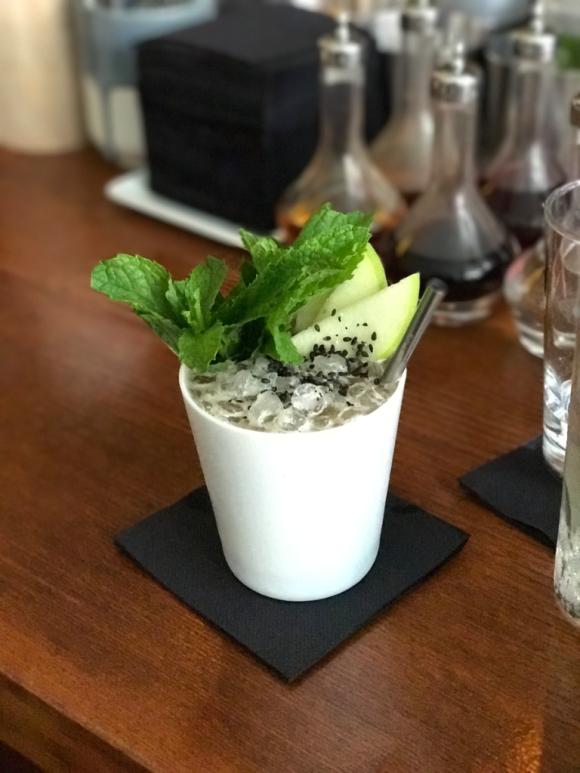 Thanks for all the great drinks PCH!

love a blue hawaian, and a long island ice tea.