In the April issue of San Francisco Magazine I wrote three stories on California brandy. 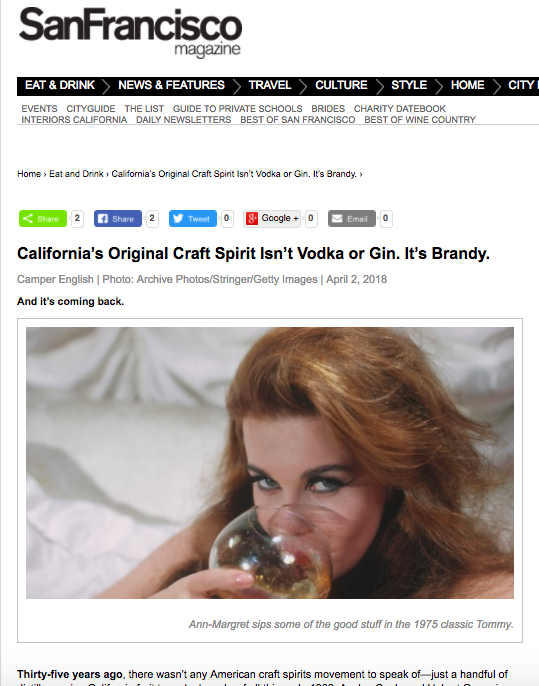 In this piece, I tell the story of how the craft distilling movement was mostly born in California, and mostly started with European distillers (St George, Charbay, Germain-Robin) making grape and other brandies. The piece looks at the past of brandy and the potentially big future for the category as bartenders love it and as a major player - Gallo Wines - purchased Germain-Robin and now offers three distinct brandy lines.

Eleven California Distillers at the Forefront of the Brandy Boom

Local distilleries making brandy, or using it as a base for gin and other spirits.

Ten Brandy Cocktails to Drink in the Bay Area

As it says, here are ten brandy cocktails to grab in SF and the East Bay right now. 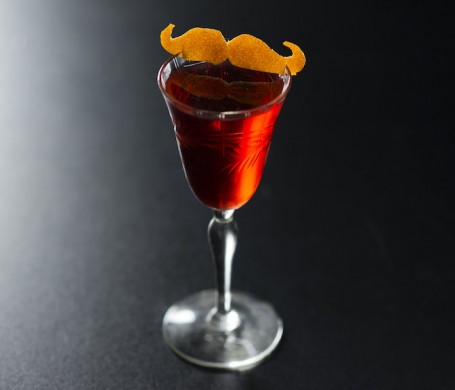 We have so much leftover fruit that we might as well turn it into something good. I've been enjoying Ventura Spirits brandy and love the fact that they use the rejected strawberries to make it. Going to have to try out some of these other CA brands that you wrote about.