Alcademics Blog Gin & Tonic Book! Search Twitter Instagram Facebook Clear Ice Contact CocktailGreen
I Tried Most of the Cocktails at Che Fico in SF
Soup or Cocktails? It's Getting Hard to Tell the Difference

Hey You Got Bourbon in my Honey! You Got Honey in my Bourbon!

I thought it was kind of fun that in the last couple of weeks two different honey-bourbon products have come out; one with honey-influenced bourbon and the other bourbon-influenced honey. 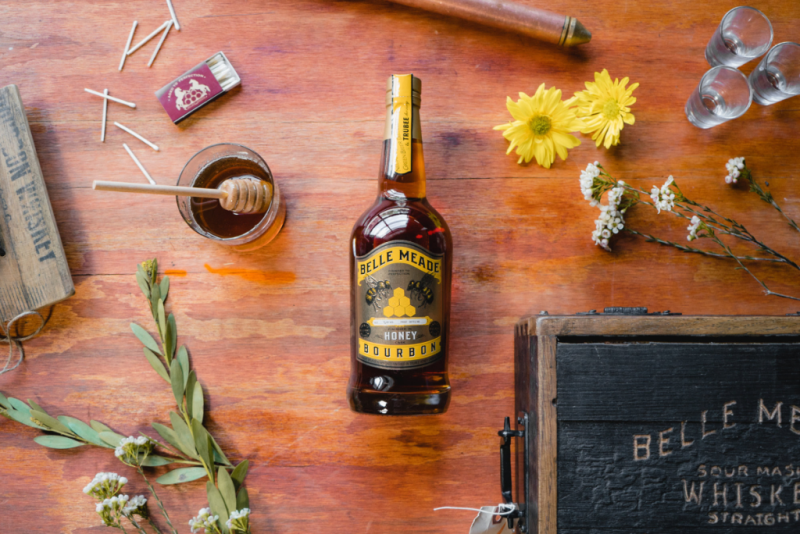 Today I receive a release from Stubbees about bourbon-infused honey: 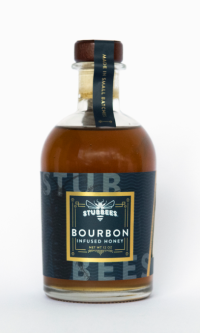 From glistening your meats as they roast to giving a lavish flavor to your favorite cocktail, Stubbees’ new Bourbon-Infused Honey makes it easy to create flavorful culinary creations at home using just a few spoonfuls. Made with only the finest honeybee honey and craft bourbon, Stubbees’ Bourbon-Infused Honey is perfect for charcuterie boards, select coffees and teas, smoked meats, baked items, and crafted cocktails.

“We’ve become known for our raw whipped honey products that come in a range of flavors like peach, orange zest, mango, and vanilla bean,” explained Stubbees founder and beekeeper, Justin Stubblefield. “We wanted to branch out and create a product that blends small-batch bourbon and floral honey. Our new Bourbon-Infused Honey is more than I could have ever hoped for. It’s delicious.”

Founded in 2013, Stubbees is a homegrown gourmet honey company based in Jacksonville, Florida that specializes in crafting raw whipped honey products mixed with organic fruit. Stubbees’ Bourbon-Infused Honey is available in 12 oz. bottles for a suggested retail price of $22, online here and at select retailers around the United States.

And a couple weeks ago I got a release about bourbon aged in honey barrels from Nelson’s Green Brier Distillery: 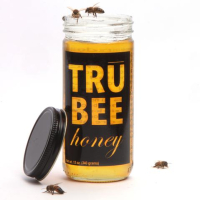 In a sweet play on the distilling industry’s legendary “honey barrels,” those elusive whiskey casks that have been aged to perfection and are almost mythological within the world of whiskey, Nelson’s Green Brier Distillery in Nashville, Tennessee is about to issue a limited-release Belle Meade Bourbon Honey Cask Finish. It’s their second release of the remarkable Craftsman Cask Collection series, the first of which was an acclaimed Mourvèdre Cask-Finish, shared by owners/whiskey makers Andy and Charlie Nelson in March.

At the distillery, there’s a great buzz of anticipation surrounding the Honey Cask Finish, an industry first. Unlike so-called “honey bourbons” that are flavored with added honey, the Honey Cask Finish is aged in barrels that were previously filled with natural honey by the artisan-beekeeping-entrepreneurs at TruBee Honey in Arrington, Tennessee, about 20 miles south of Nashville. Close to 300 bottles (two barrels worth) of the cask-strength Bourbon will be released on May 12 – just in time for Mother’s Day. Belle Meade Bourbon Honey Cask Finish will be available for sale only at the distillery in Nashville. Doors open at 11am. The 750mL bottles are $120 and limited to one bottle per customer, per day.

For honey connoisseurs out there: the barrel had been filled with Summer Vintage Raw Wildflower Honey. And here’s an important lesson from the distillers, if you’re tempted to try this at home: “Honey is hygroscopic, meaning that it attracts water (as opposed to hydrophobic, which would repel water),” explains Andy. “When we got the barrel back from TruBee, the honey had dried out the wood, so the barrel leaked a decent amount when we filled it up with Bourbon. Barrels take a little while to rehydrate, but eventually the moisture swelled the wood back up enough to become a fully sealed container once again.”

Make sure you read that last paragraph if you're into barrel aging.

Fun stuff. Honey and bourbon tasting flights are sure to follow....