I attended the inaugural Bar Convent Brooklyn this year and had a swell time. I've been to Bar Convent Berlin several times over the last 6 years or so, so I knew a little bit of what makes this event different from other cocktail conventions:

I attended this year's event with Rutte Distillery and gave a talk with European brand ambassador Steffen Zimmerman, about the weird and wild history of the Gin & Tonic. They had special covers made for my G&T book with me and my "Maxi-Me" Steffen and we gave those out at the booth and at the talk. 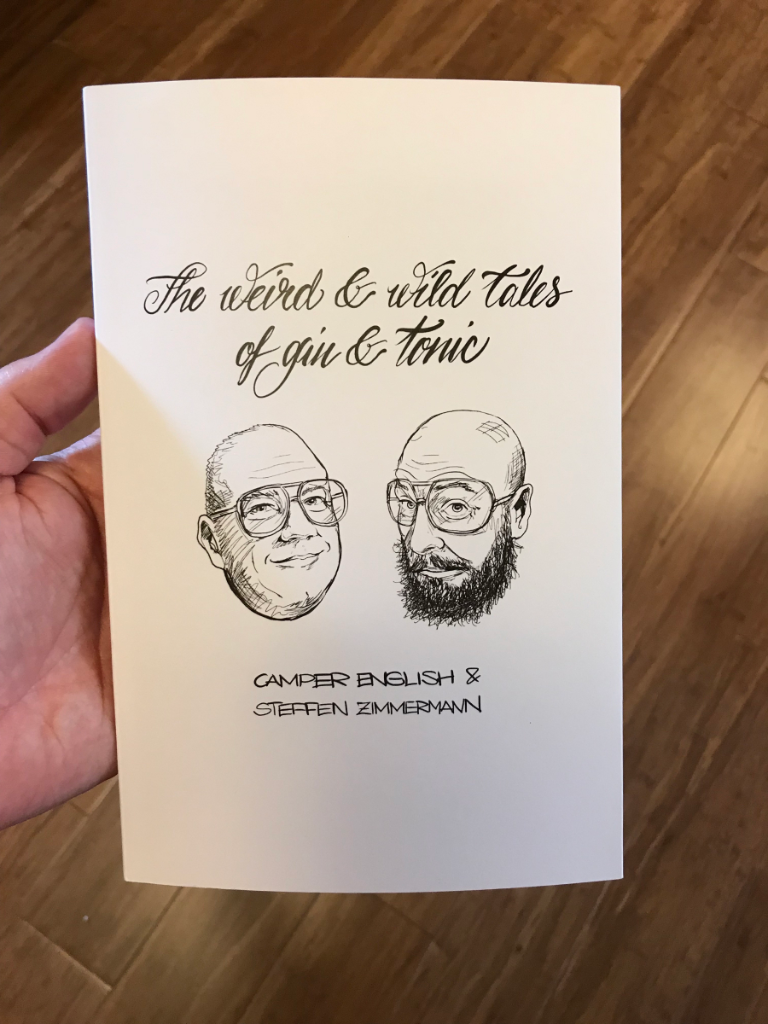 The seminar went really well, but wasn't terribly well-attended. Better promotion and clearer information on the website/app/program/signage is necessary for next year. I think I should walk around holding up a big sign for the hour before the talk next year like a boxing ring babe. 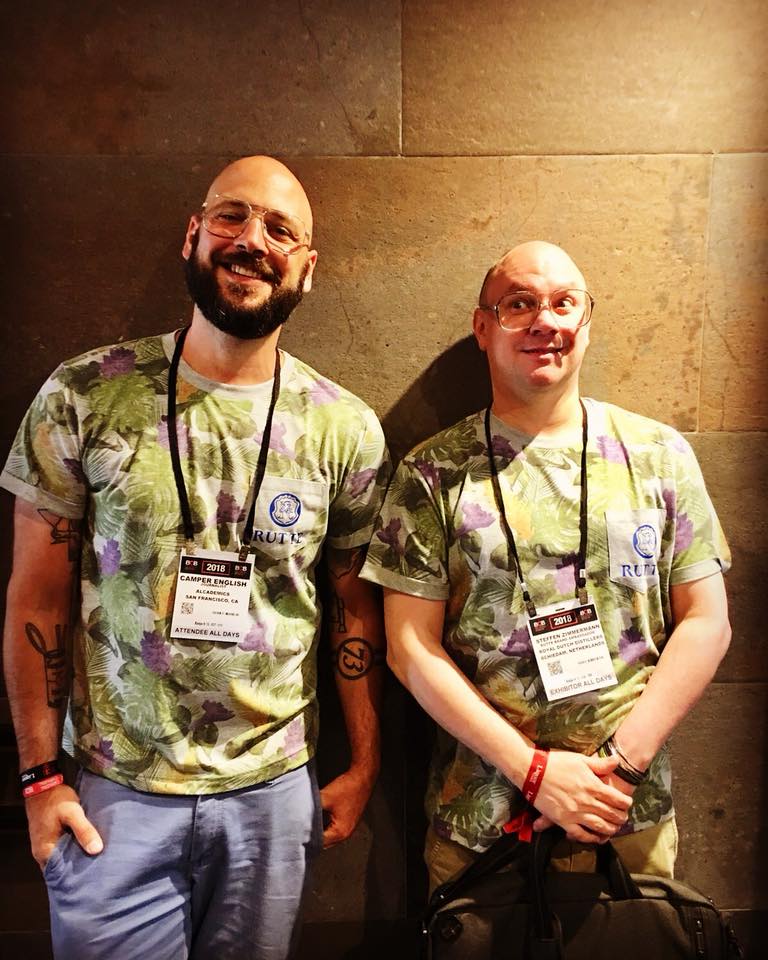 Booth-wise, most brands brought their A-game and made creative and interactive booths. Rather than just handing out samples, they offered oysters (Rutte and one or two other brands), private bar experiences (Argonaut Brandy), some lumberjack thing (Suze), and more. The smaller brands that were grouped together faced the problem of all blending in together, and most could have used larger bartop displays/different lighting/ visual tricks to draw attention.

There were many after-parties events spread throughout Manhattan and Brooklyn. Rutte threw a party at one of my favorite bars, Pouring Ribbons, with guest bartenders Philip Bischoff of Singapore's Manhattan Bar and Danil Nevsky from Cocktails for You. Another night I went to Dead Rabbit where Thomas Henry tonic water was throwing an event as they prepare for a big launch in the United States. Bacardi threw a rager of some sort, and I heard reports of various happy hours, barbecues, guest bars shifts, and other parties around town. It was easy to fill out one's nighttime agenda. For those of us who don't live in NYC, I think having BCBr there once a year will be that excuse we all need to come into town and run around to all the new bars, as we used to do during the Manhattan Cocktail Classic. This year in addition to Pouring Ribbons, I got to Blacktail, Dead Rabbit, PDT, McSorely's Old Ale House (twice), Bathtub Gin, and probably some others I'm forgetting.

As for new products being introduced, I had the opportunity to try a bunch of stuff, including those Thomas Henry tonics (they have a bottled coffee tonic that is terrific), Fever Tree introduced a new tonic flavor, BritVic announced they're also launching in the US, I sampled Barking Irons Applejack, the Tempus Fugit Banana Liqueur (tastes like baked banana bread), JH Cutter Whiskey, and Rutte introduced their Bebo Coffee Liqueur to the US market. 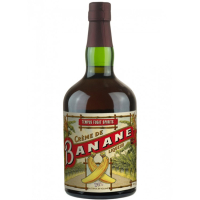 All told the first Bar Convent Brooklyn was a great event. There are some tweaks to make but I hope it will continue.