I'm freshly home from fall cocktail season travels and wouldn't mind not being on a plane for a few weeks. I just gave four talks in six days in Berlin and Indianapolis. I love making people to listen to me, so this is the work I enjoy the most!

I attended Bar Convent Berlin once again and gave a talk sponsored by Disaronno called The Mixing Star Talks: Become a Liqueur Connoisseur. In this talk I discussed new ways of thinking about liqueurs and using them. This included the history of liqueurs as preservatives and as medicines, and fun things to do with dehydrated liqueurs including many experiments previously conducted as part of the Solid Liquids Project.

The talk took place in a small room with a good crowd who asked great questions... not that I could answer all of them. 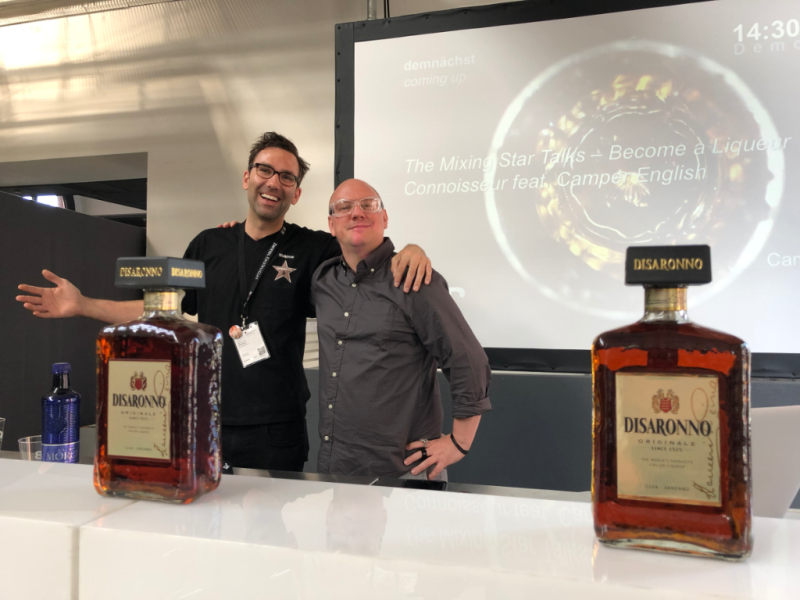 My next two talks were offsite during Bar Convent Berlin. I was a guest of the Hubertus Circle, an international bartender network and educational platform run by Jagermeister. They brought together a bunch of bartenders from many countries to experience BCB and the offsite talks by myself and a coffee cocktail master.

My talk was called The Bitter Talk, and was about understanding individual bitter flavor elements used in combination in commercial products like Jagermeister and other amari.

They created a funky environment from a nightclub/art gallery/bierhall and decorated my room with giant letters spelling "BITTER," which seems appropriate for a talk staring me :) And despite all the bartenders having attended a huge Jager party the previous night and some of them up past 5AM, the audience was super engaged and attentive. 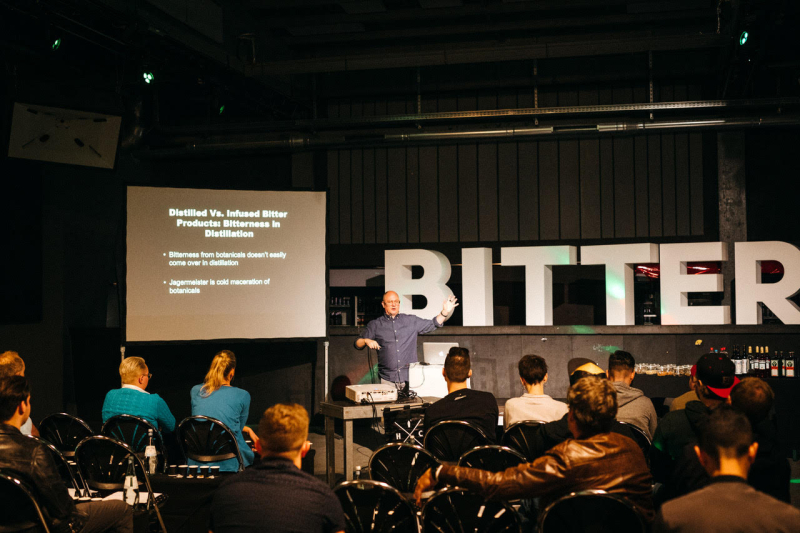 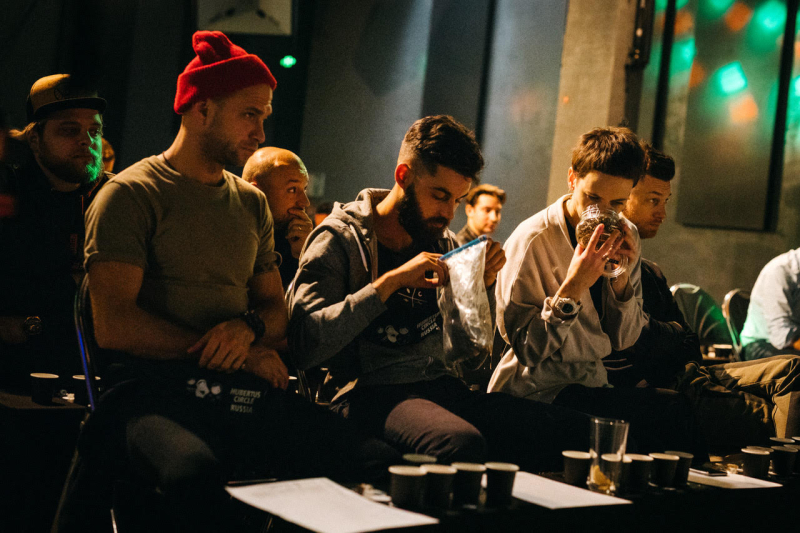 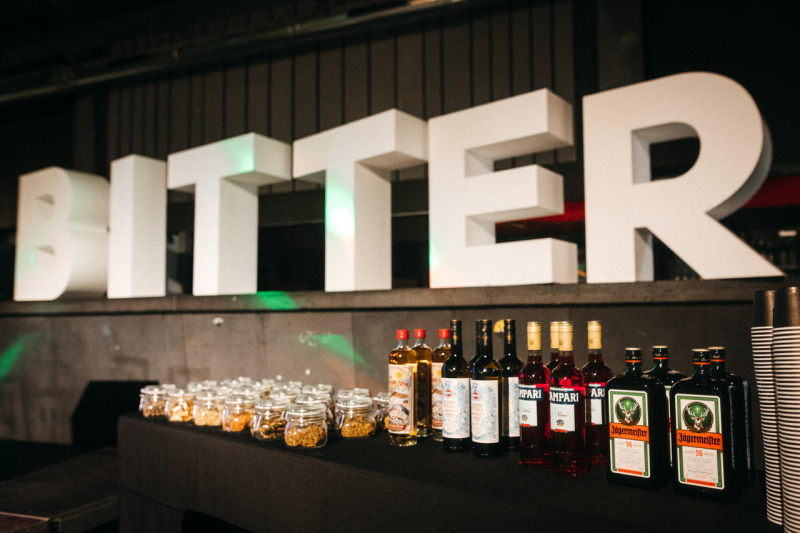 On Thursday I flew back home to San Francisco from Berlin, only to turn around and fly Friday morning to Indianapolis, where I was giving the final talk for the Indy chapter of the United States Bartenders Guild's Education Week. The talk was supported by Tanqueray.

My talk was on Dangerous Drinks - safety issues in the cocktail bar including illegal and/or unsafe ingredients bartenders are sometimes using (tobacco, activated charcoal), and techniques (liquid nitrogen, fat-washing) that require some education to use properly.

It was a small but super fun group of bartenders (Saturday at noon is an interesting time for an industry talk- surprised people showed up at all!). Then afterward a few of us went out for lunch to a divey pinball bar for fake meat chicken wings,  erotically named doughnuts, and pull-tab scratcher lottery tickets. We were having so much fun I barely made it to my flight back to San Francisco that afternoon! 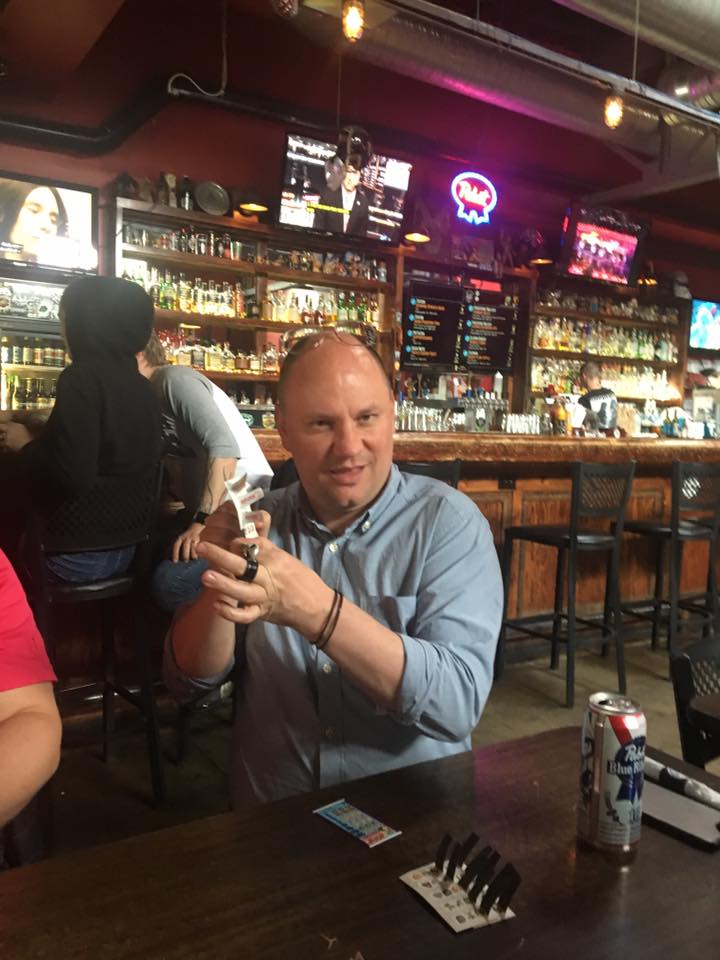 What a week! Thanks to all my hosts and seminar attendees. Y'all make it fun.