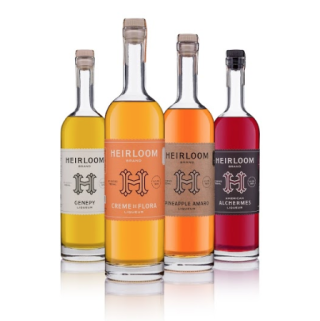 As I covered on this New Booze blog post, the folks at Bittercube bitters have launched a new line of liqueurs, and one of them is an alchermes. So you may be asking yourself, what the heck is alchermes?

Alchermes is an ancient red-colored liqueur with its color derived from kermes insects. The insects are scale insects that eat oak trees. Modern alchermes liqueurs no longer use the kermes insects but the red liqueur is still used to make zuppa inglese and other desserts.

I wrote about alchermes for a story I wrote on cochineal (which replaced kermes as the preferred red coloring) for SevenFifty Daily:

Cochineal is a product of the Americas, but a different set of insects was used to dye fabric as well as one notable drink long before Columbus. Kermes is a coloring that was made from the crushed scale insect Kermes vermilio (and a couple of related bugs), which feeds on the sap of Mediterranean oak trees. The dye was used to color silk, and that silk was infused into a liqueur called alkermes (or alchermes), along with apple juice, rose water, ambergris, gold flakes, crushed pearls, aloe, and other ingredients. This liqueur recipe dates back to at least 800 A.D. when liqueurs and medicine were one and the same.

Today, versions of alkermes liqueur are still produced, specifically to make the traditional Italian red dessert zuppa inglese. These liqueurs are no longer colored with kermes bugs: Some makers use cochineal; others use artificial coloring. It’s doubtful that any still include crushed pearls and gold flakes. And few, if any, are imported into the U.S.

So there you have it. I'm not sure if there are any other US-made alchermes liqueurs on the market. As mentioned in the New Booze post, the new Heirloom liqueurs line launches outside of the midwest in 2019.