A Visit to the Nardini Distillery in Bassano, Italy 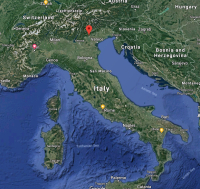 Nardini, a company known for grappa but which produces a range of liqueurs and amari as well, is headquartered in Bassano del Grappa, Italy, and dates to 1779. I had the chance to visit the company this past fall and wow!

We started our tour in the distillery, or rather, one of the distilleries. The distillery and offices are fronted by Bolle, a building finished in 2004 to celebrate the brand's 225th anniversary.

The building is shaped like bubbles, has a pond underneath it, and the building continues underground. You can see peepholes into the lower level. 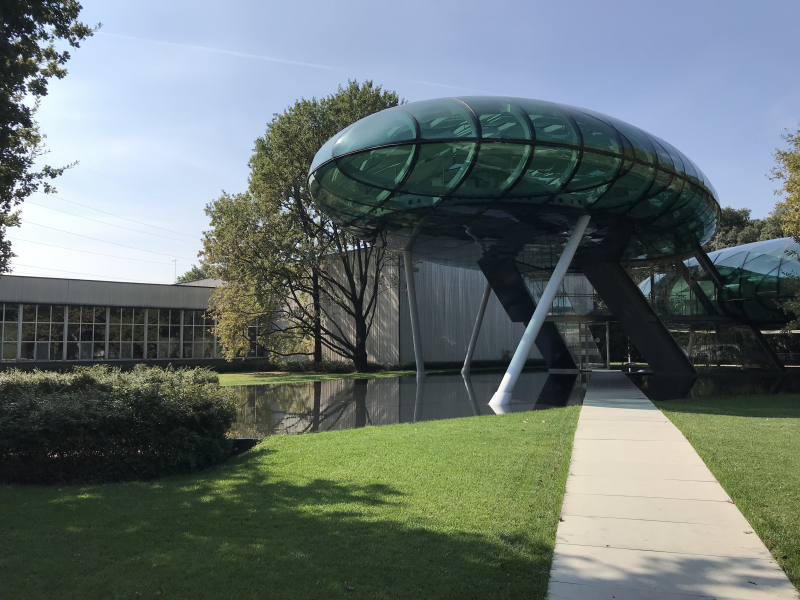 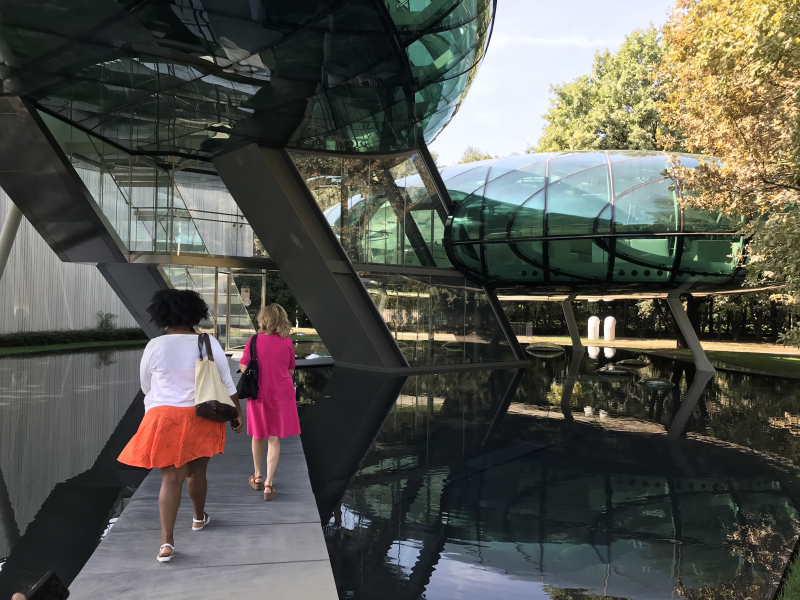 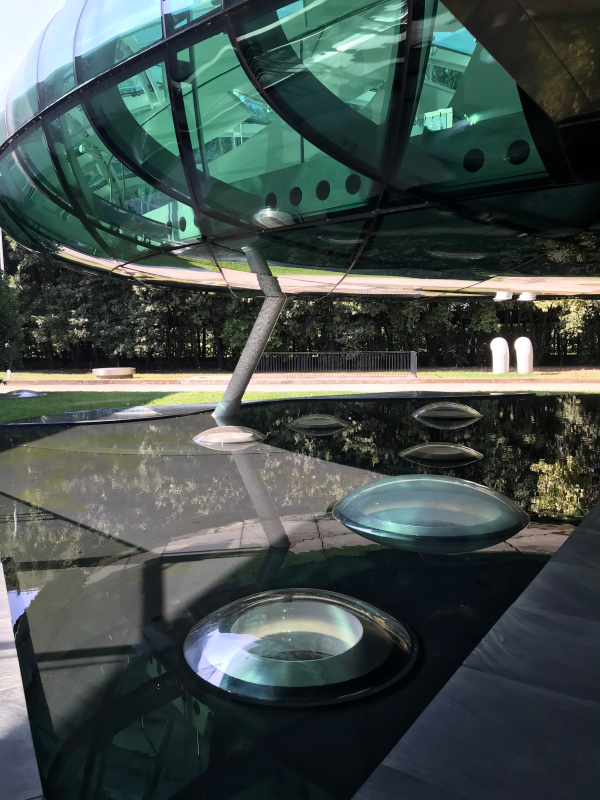 This building has an auditorium, meeting space, and laboratory testing space just to embrace the sci-fi look. When you're inside the building it doesn't look Coke bottle green as it appears in these pictures. 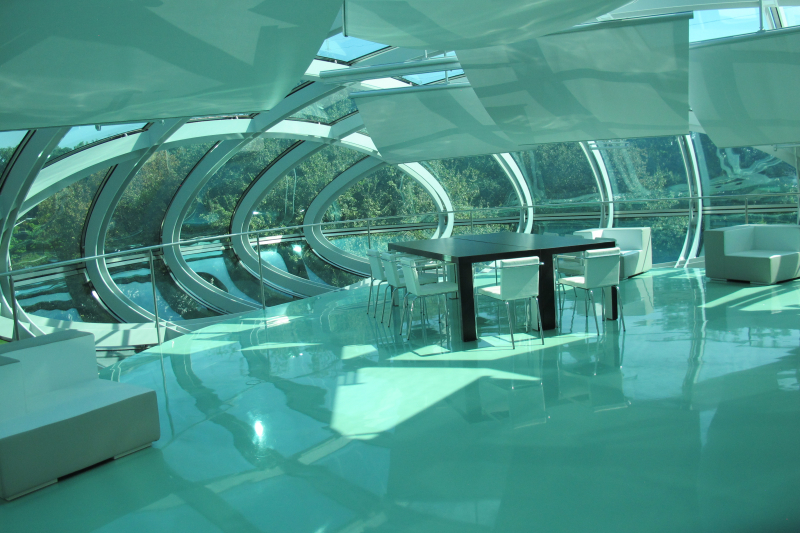 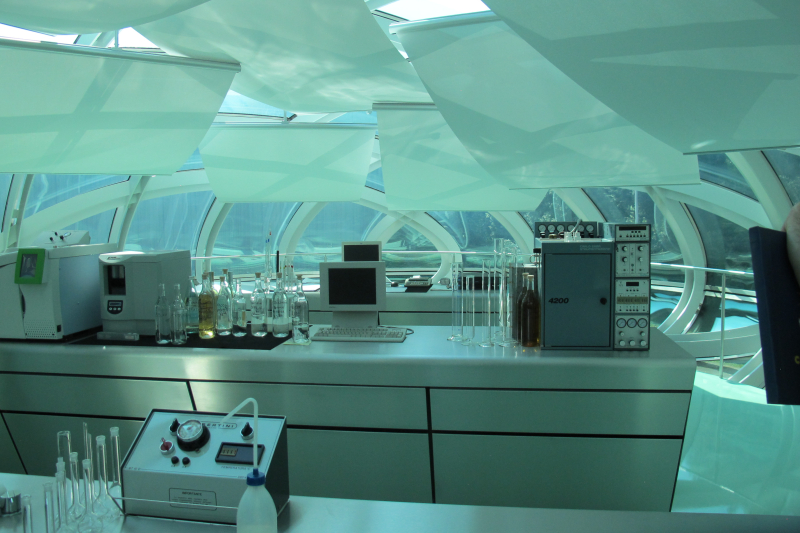 Then we left the Bolle and went into the actual distillery. This distillery in Bassano makes the batch distilled products, another one in Treviso (closer to Venice) has column/continuous stills and waste processing facilities. 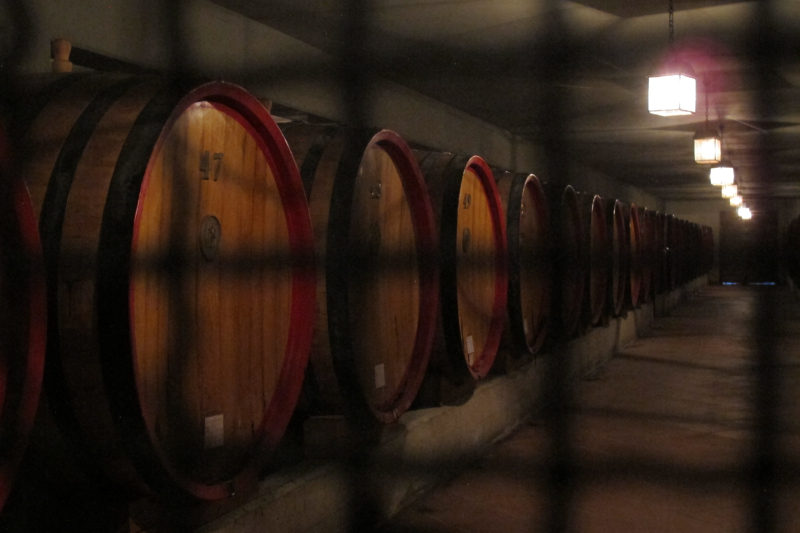 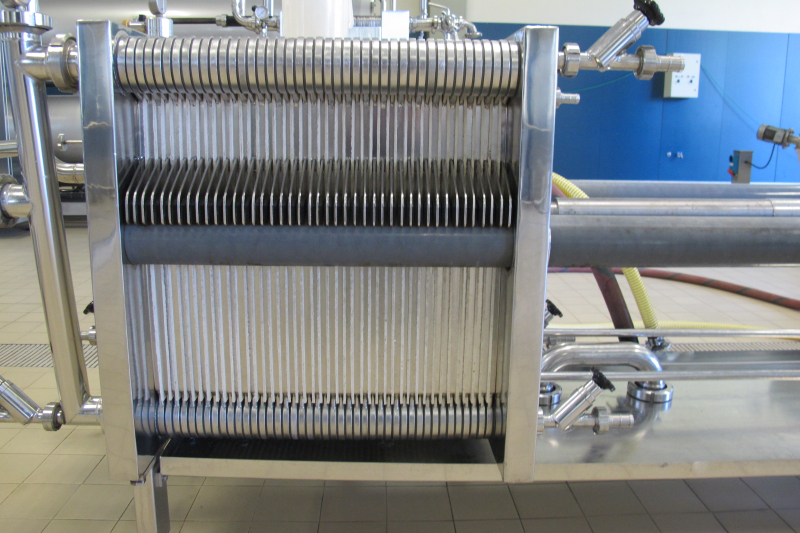 Y'all know I can't resist a good filtration picture.

We then went into Bassano proper. The town has a famous wooden bridge. One end of the bridge is the Nardini Grapperia (the bridge is embedded in the building) - the original distillery site. On the top level there is a tiny grappa shop, but the building goes down several levels. A 360 Google map of the little shop is here.

This first picture is from Wikipedia. 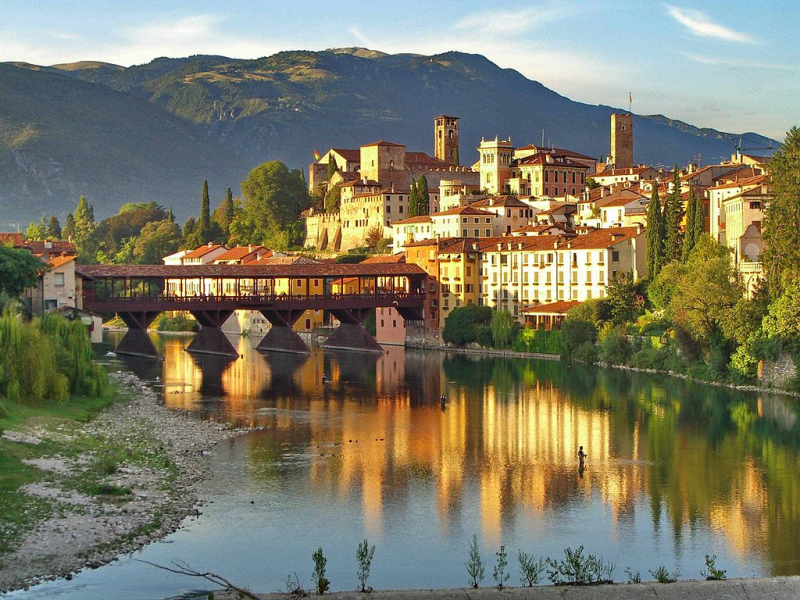 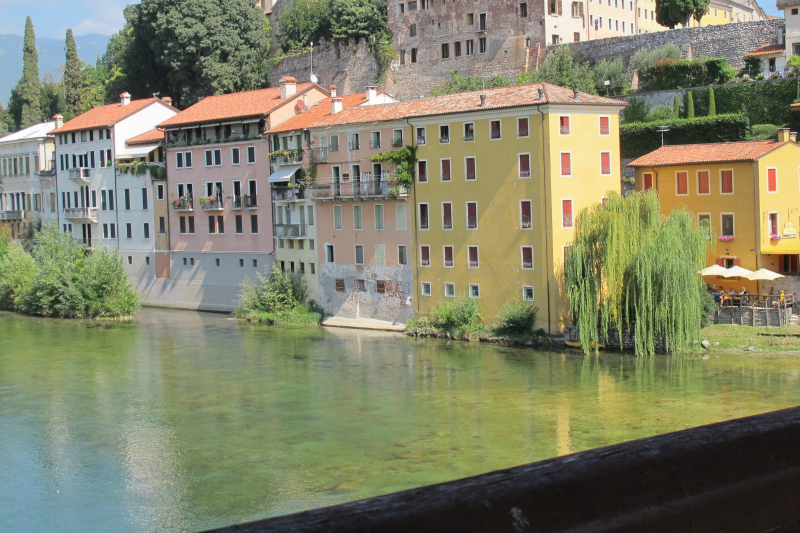 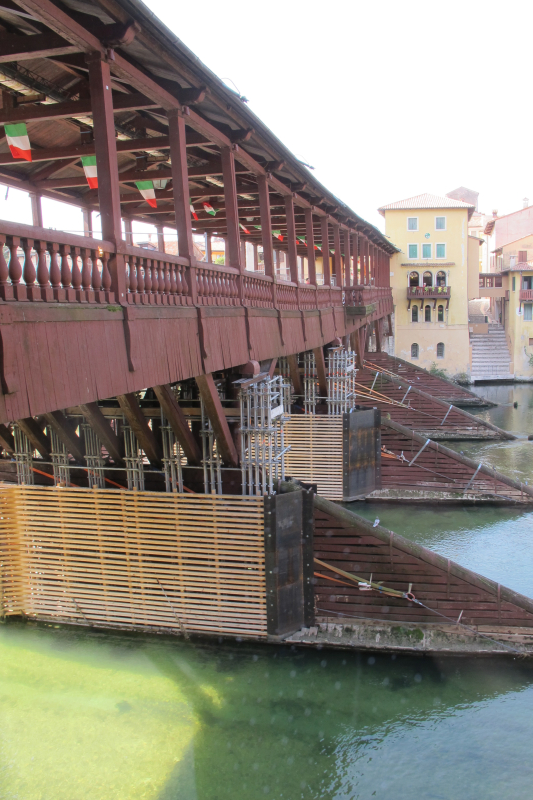 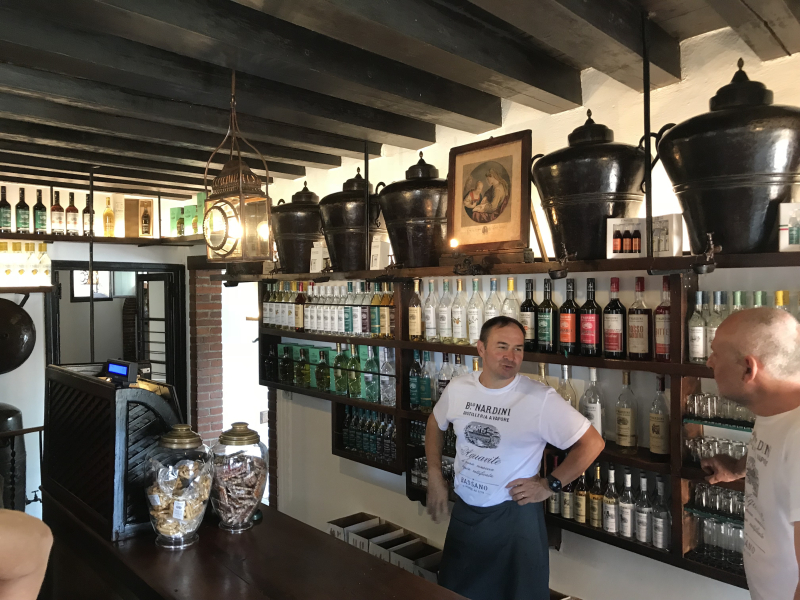 We had aperitifs here and a chance to try some of the products.

Then we walked uphill through the ridiculously charming Bassano city (the cocktail bar you see wasn't open or we'd have stopped in). 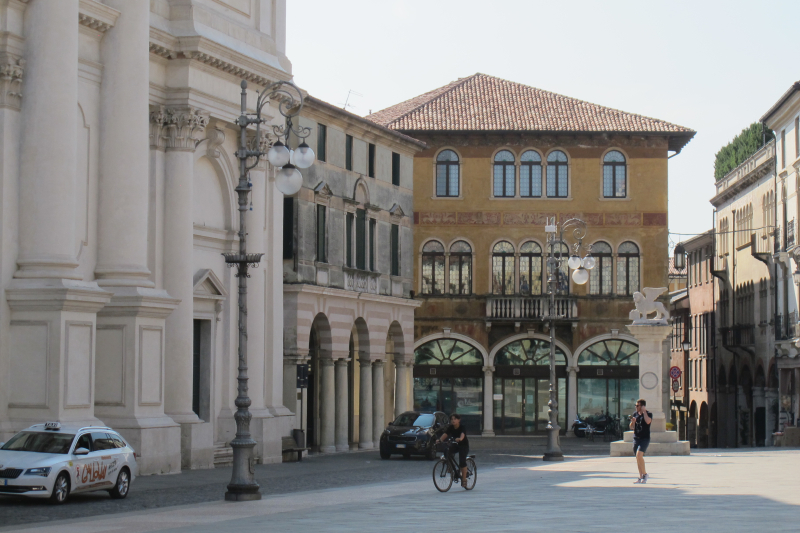 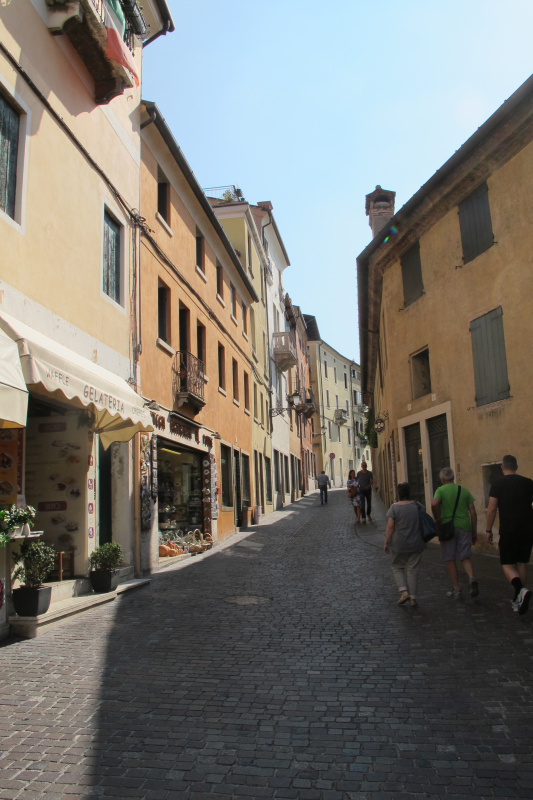 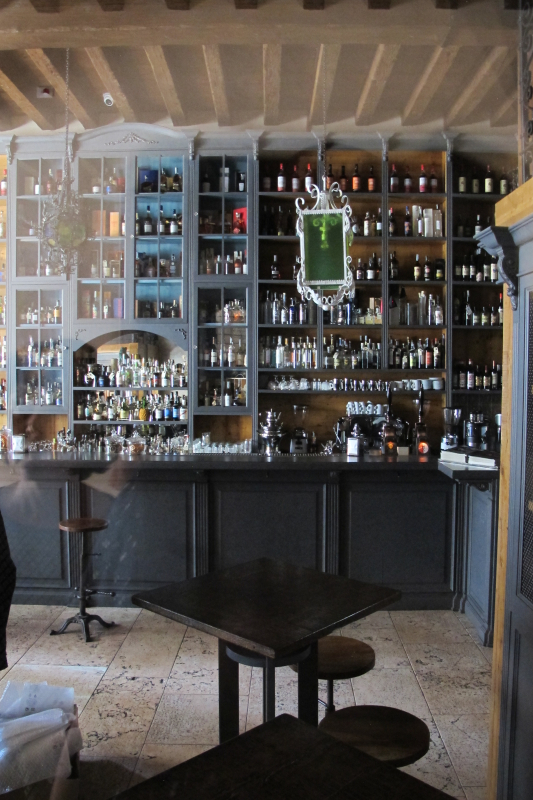 Then we hit our third Nardini venue that day, Nardini Garage. It's a restaurant and bar and event space where we had lunch. 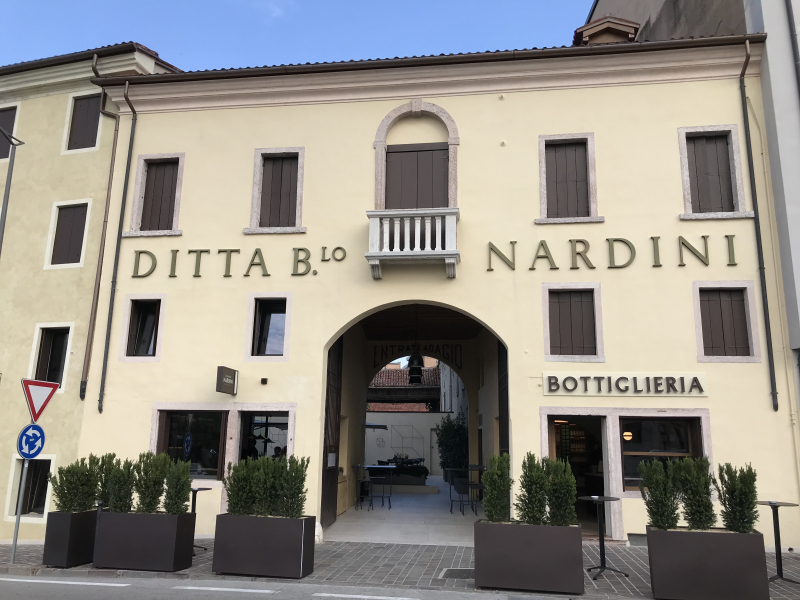 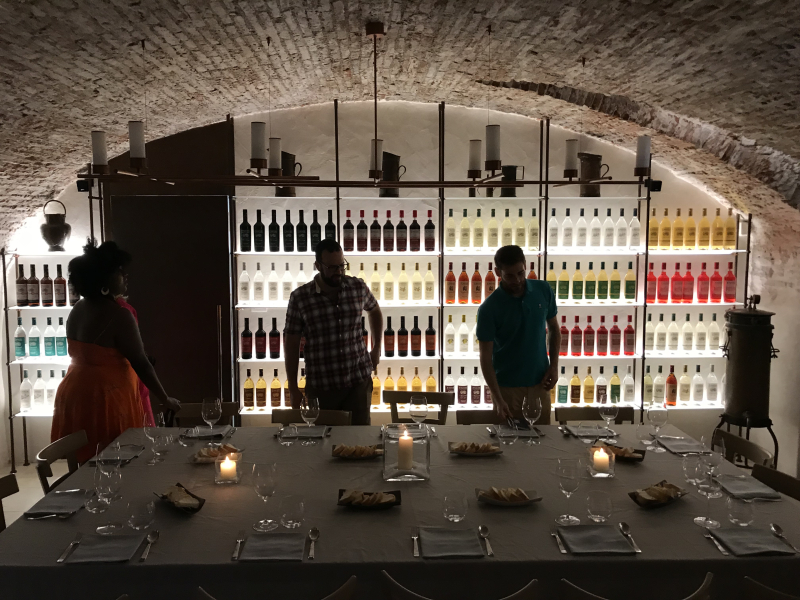 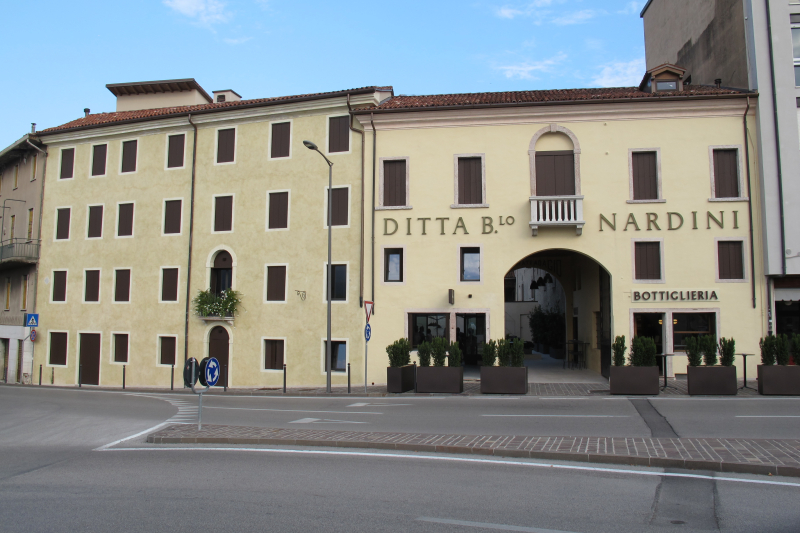 There was so much to see on my visit to Nardini (and we didn't even get to the second distillery) that there wasn't as much time as usual for me to geek out on production. So my notes on grappa production are going to be super brief.

Great article! Been there many times and it is always a thrill to pause at the Nardini grapperia and breath its fascinating history and faboulous location!

Stunning pics! Thank you for the photo tour and bringing Nardini and Bassano to us! Very helpful bullet points.