Every year, San Francisco plays host the the Winter Fancy Food Show, an enormous show where "specialty food" brands show off their wares in the hopes of being picked up by retailers. It's a  lot of international cheese and olive oil, fancy crackers, and gourmet pasta. But of course, I just go for the drinks. 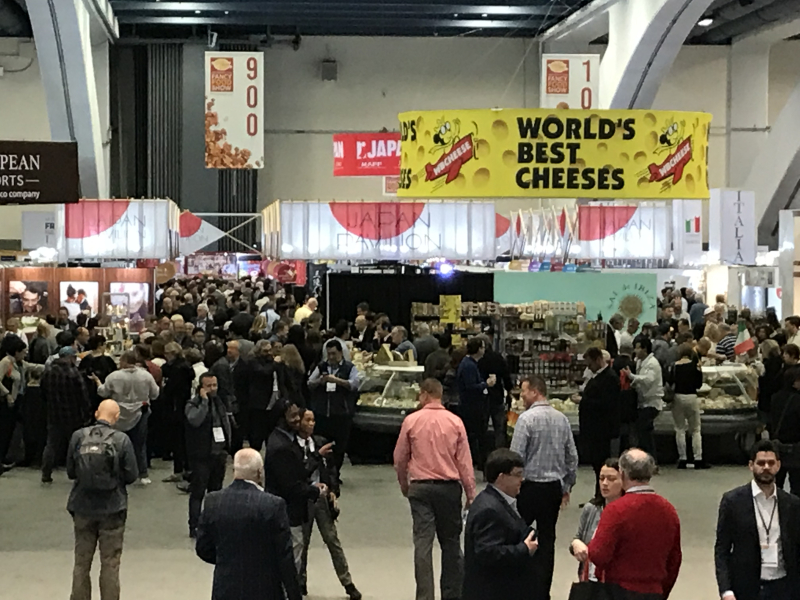 American tonic water is finally branching out. Dry Sodas launched one that was pretty great, very dry as you'd imagine.

Fentiman's has expanded to include a Botanical Tonic (really good) with a Connoisseur Tonic (meh) coming shortly as well.

I also enjoyed a whole-bark tonic from 1821 Bitters - it comes out brown from the can. 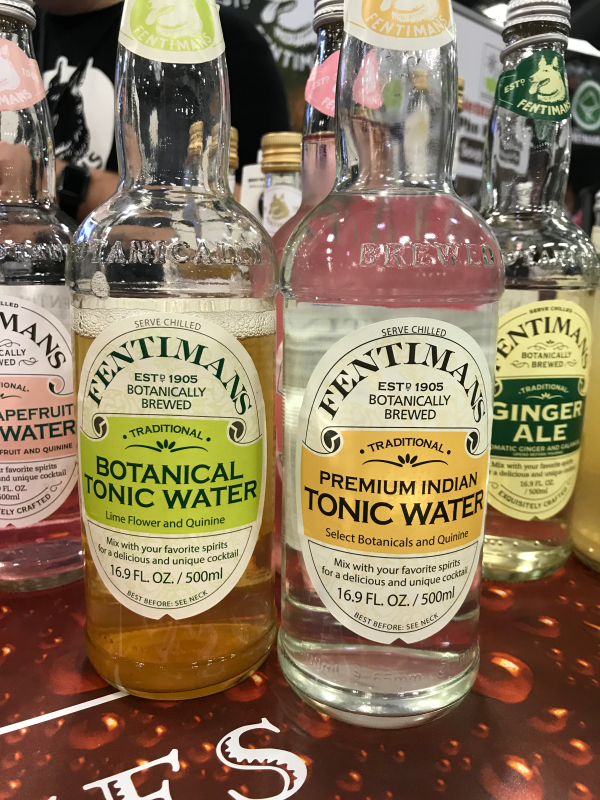 Tonic wasn't the only thing bitter on offer. Hella bitters, a brand that has been around a while, has rebranded and the line is looking great. They have a lot of mixers now that I didn't try, a Founders Collection of bitters (the eucalyptus is really quite green and sappy!), and forthcoming canned bitters & soda.

There were other bitters companies represented like 1821 and Raft but generally speaking, the Fancy Food Show is a place for basic cocktail mixers like Moscow Mule Mix and the like.

I saw bitterness creeping into other beverage products - I think it's the power of the Negroni. For example, Herb & Lou's Infused Cubes, which are a clever repackaging of mixers into ice cube for shaking format, now has a Negroni flavor. 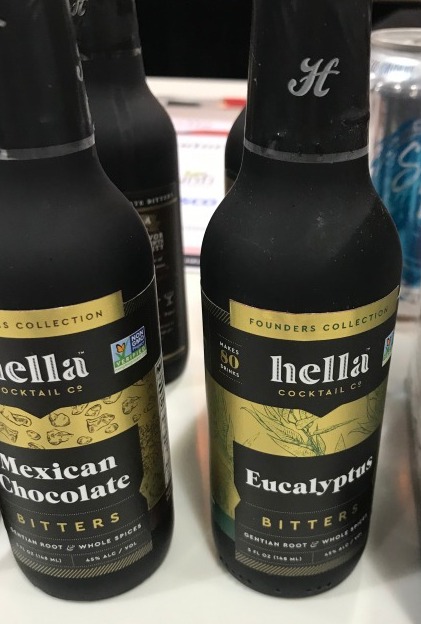 I was *not* expecting to see a bunch of bottled shrubs (drinking fruit vinegars), so I was happy with the change since my last FFS visit. I saw at least 4 brands. There was also tons of kombucha, as expected, including one brand available by the keg. 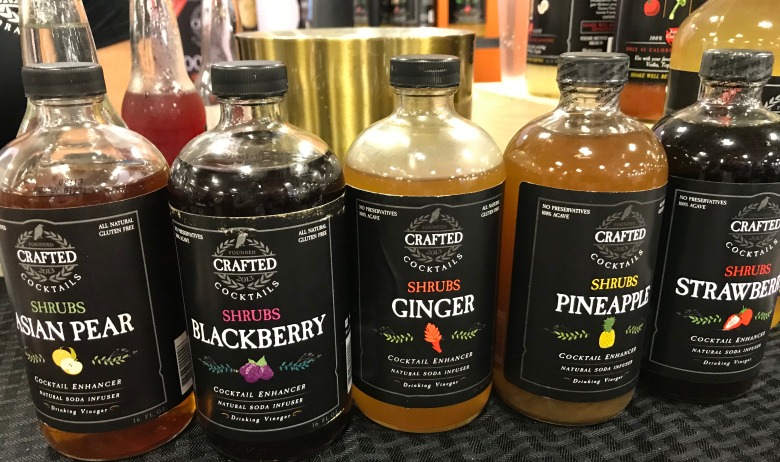 Along with shrubs, vinegar showed up in the form of pickles and pickle juice all over the place. Not just cucumbers, but pickled/brined vegetables and kimchi of all kinds.

In the cocktail world we know the barrel-aging-everything obsession, and now it seems to be crossing over in a larger way into the general consumer market. At the show were Pappy & Co, which partners with makers to age products in ex-Pappy Van Winkle barrels, along with Jack Daniel's whiskey cake mix (WHAT). 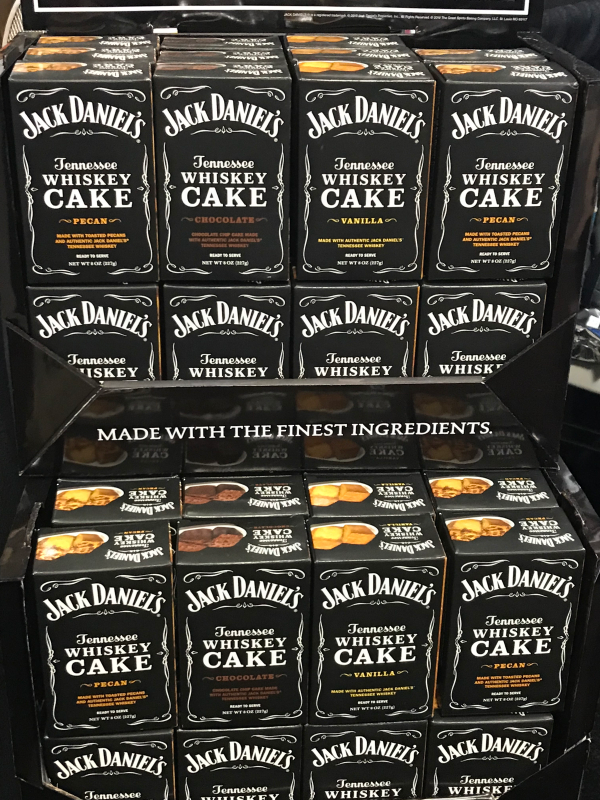 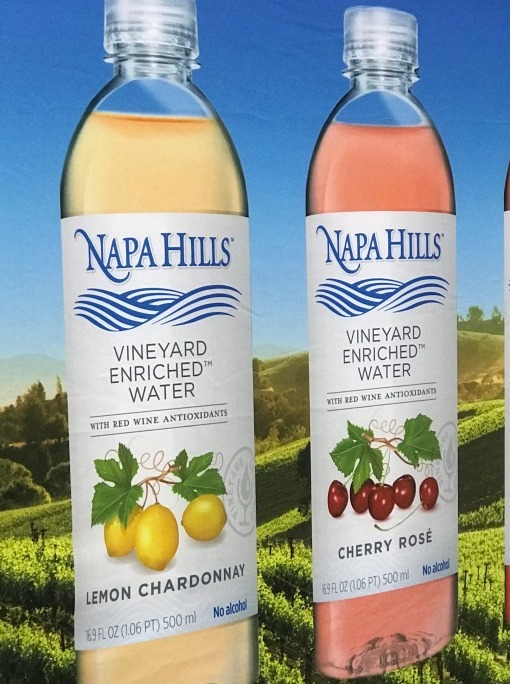 It's not my specialty, but I saw a lot of:

Lemoncocco, where have you been all my life? Apparently a thing in Rome, this is water flavored with lemon and coconut. Super creamy, yogurty almost. It reminded me of Calpico, which I tried to purchase recently but found was all sweetened with HFCS. Lemoncocco is not. I need to find this stuff in local stores. Lemoncocco is available on Amazon at the moment, about $33 for twelve 12oz cans, free shipping with Prime accounts. Other sellers offer similar prices and free shipping. I just bought some. Thanks for the heads-up.