A Visit to the Monkey 47 Distillery in Germany's Black Forest

About a year and a half ago I visited the Monkey 47 gin distillery in Germany's Black Forest area. Today I'm finally writing about it. 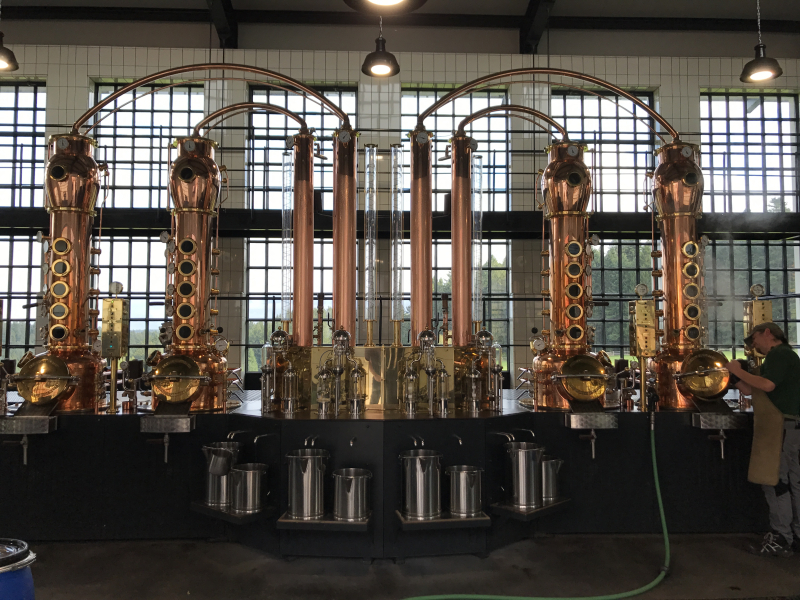 The distillery is located in southwest Germany, with the closest city being Stuttgart. I pictured a distillery in the Black Forest to be a dark, densely forested area opening up to a house in the woods like Hansel and Gretel, but the distillery is really more of a farmhouse amongst fields. (It's a former dairy farm.) There is a bee house on the property and a small garden. It's very peaceful there. 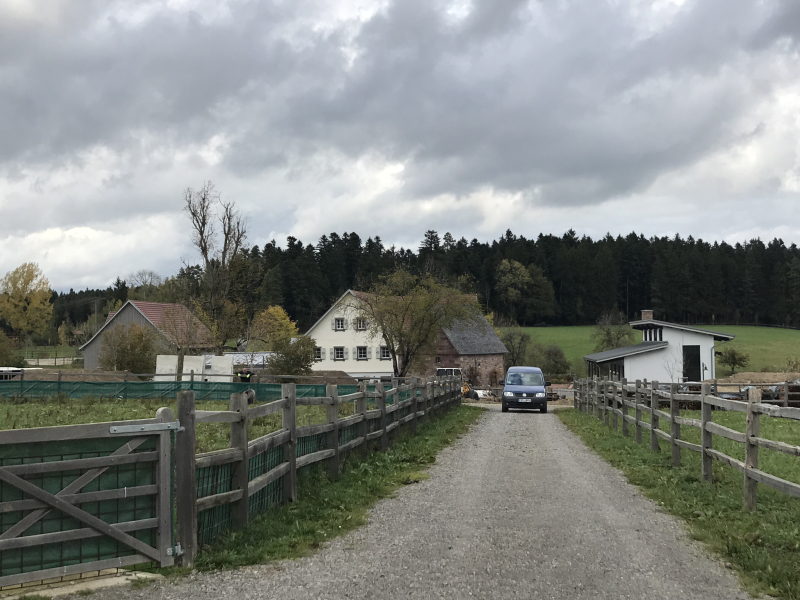 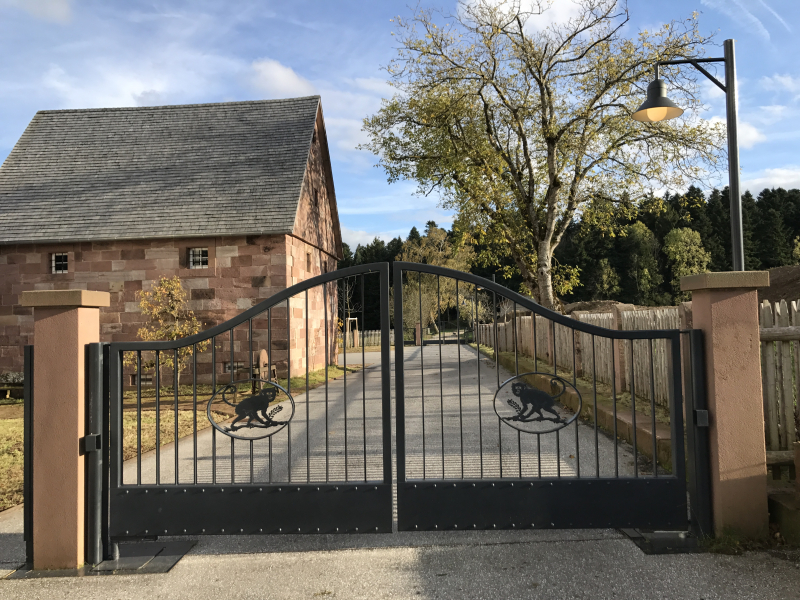 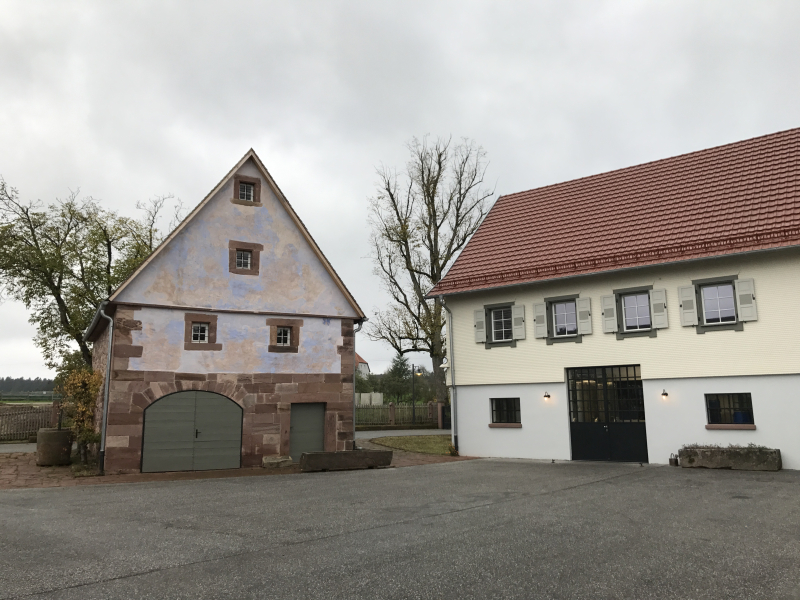 According to our hosts, there are about 28,000 microdistilleries in the region.

Monkey 47 has 47 botanicals distilled into it. That's a lot. The base is a molasses-based alcohol from France.

Lingonberries go into the maceration barrel first, as they can stay a long time in the spirit without over-extracting. The rest of the botanicals macerate for 36 hours before being distilled.

Each of the blue barrels makes 120, 500ml bottles of gin. Each barrel has about 25 liters of alcohol in the 60L bucket- they're not filled all the way. 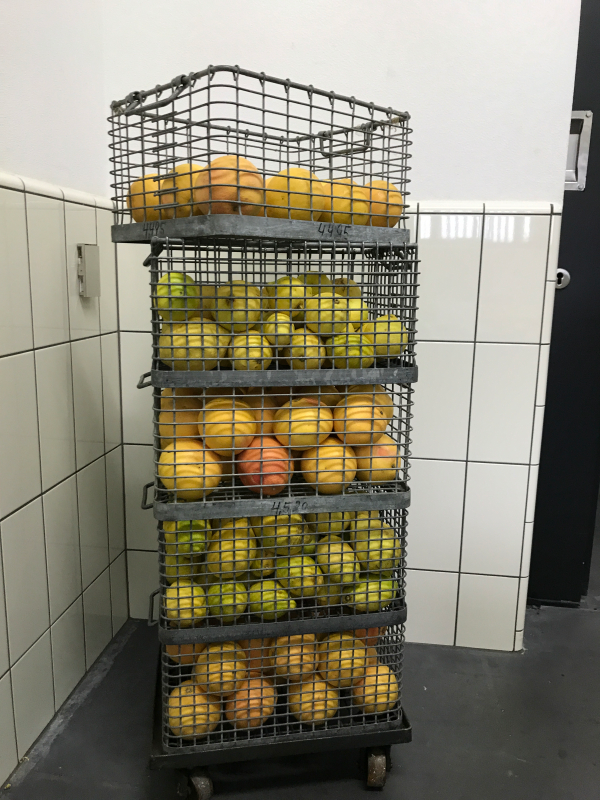 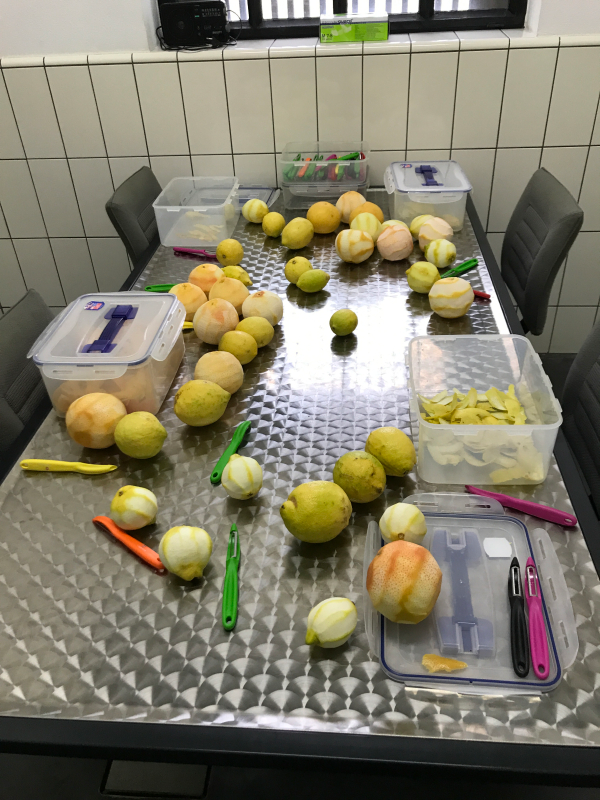 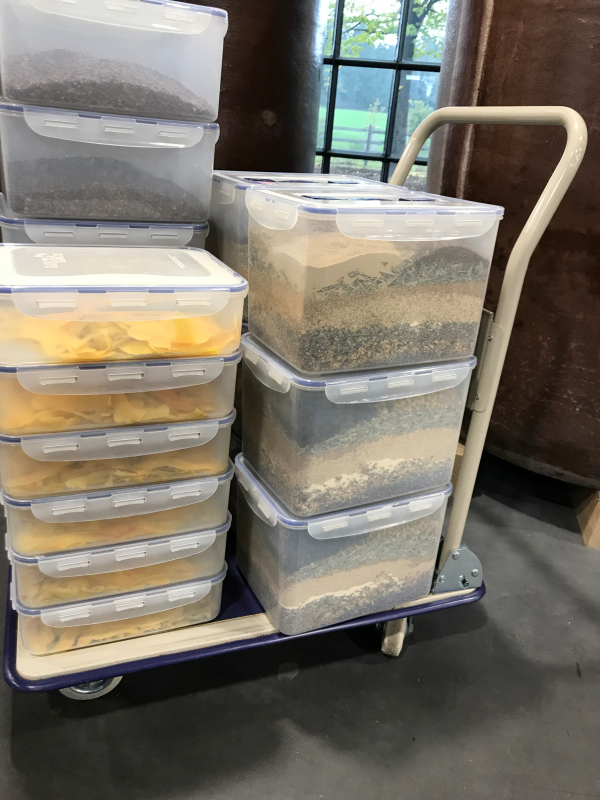 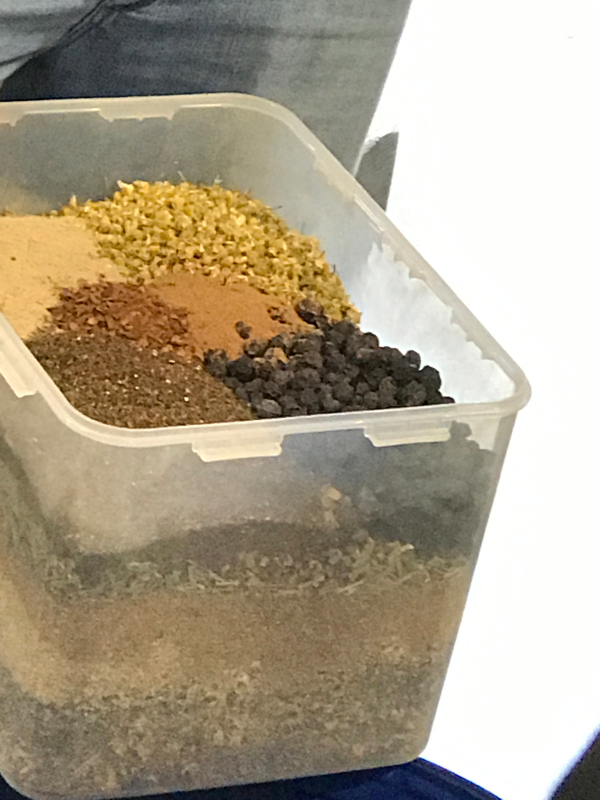 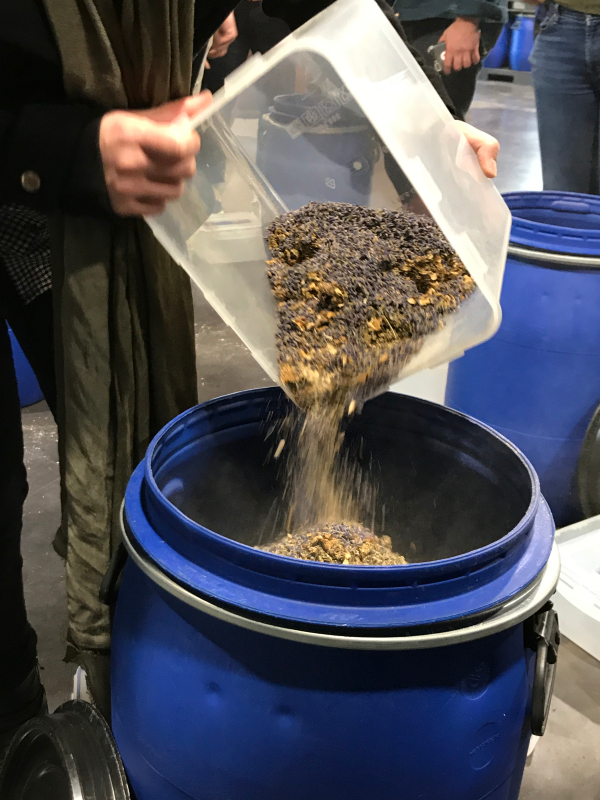 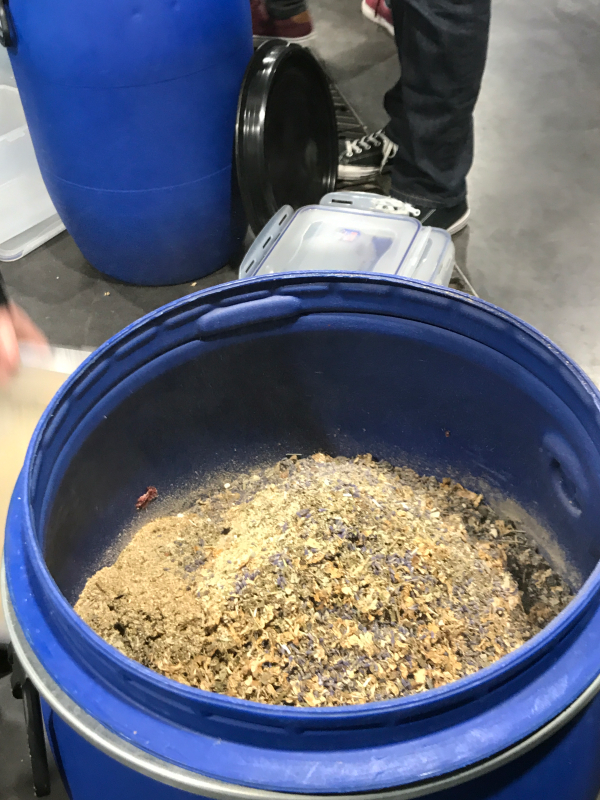 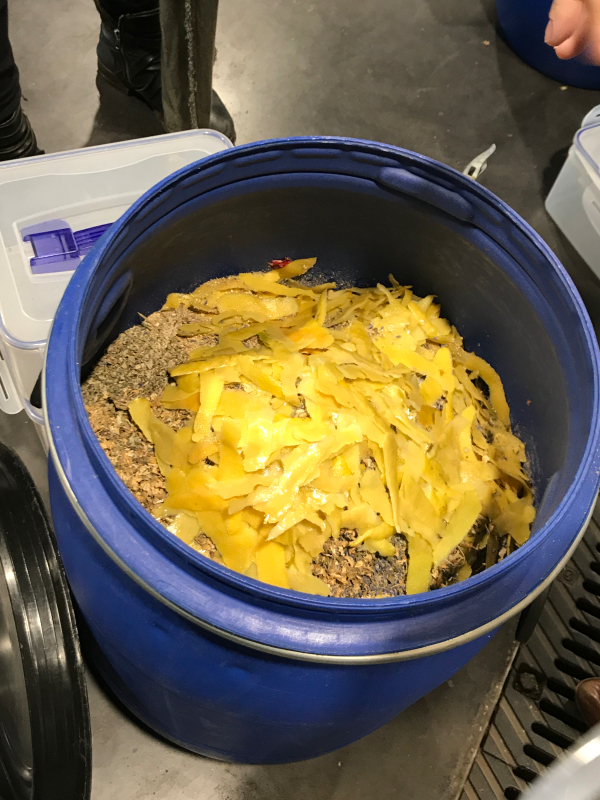 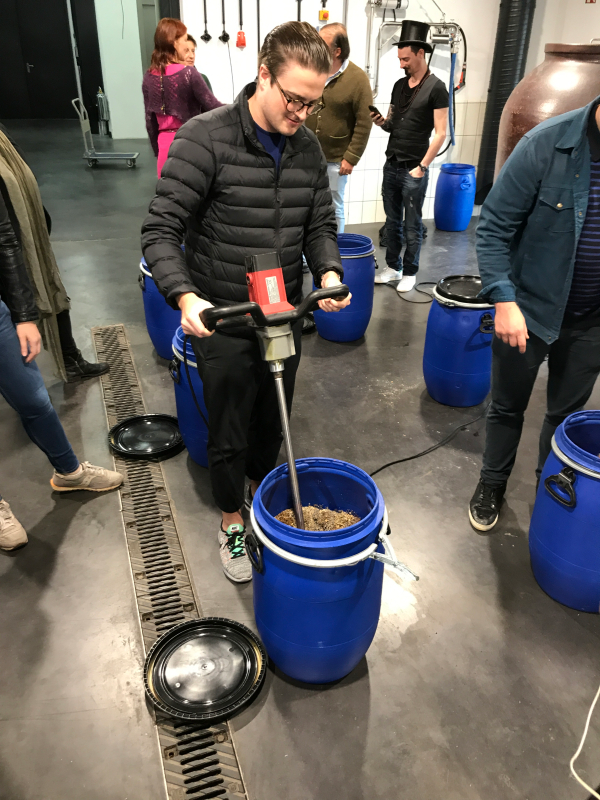 After maceration, one bucket is dumped into a still and then water is added to fill it to 100 liters. The system is pretty efficient: one bucket to one still to one batch.

Additional botanicals are put in a botanical basket in the steam section of the still - fresh lavender and lemon peels, not sure if anything else. 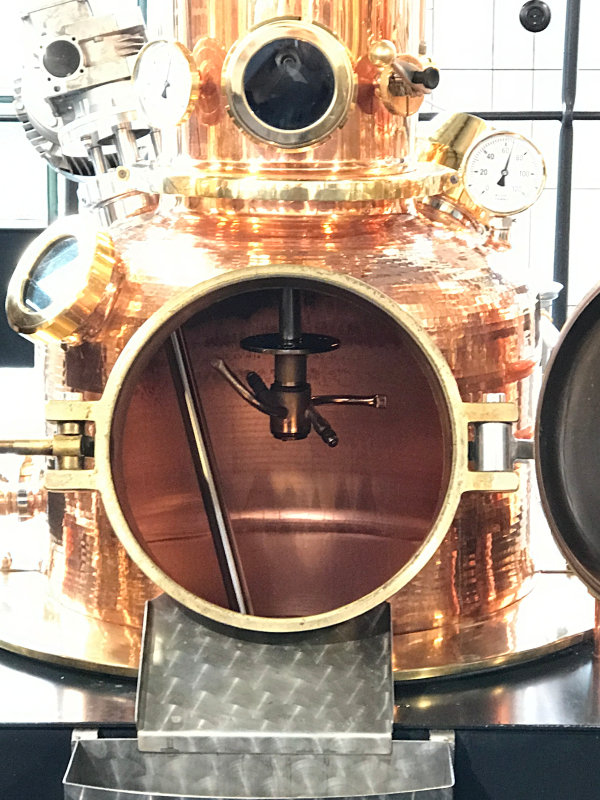 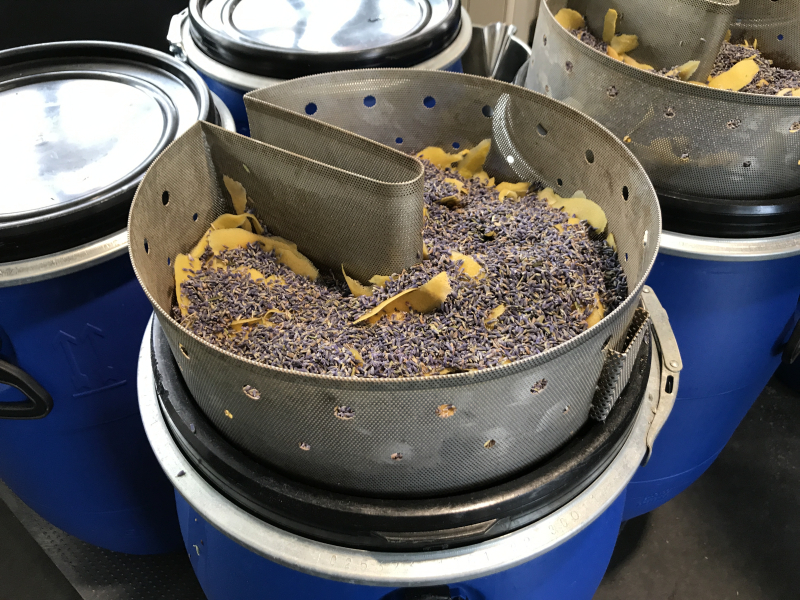 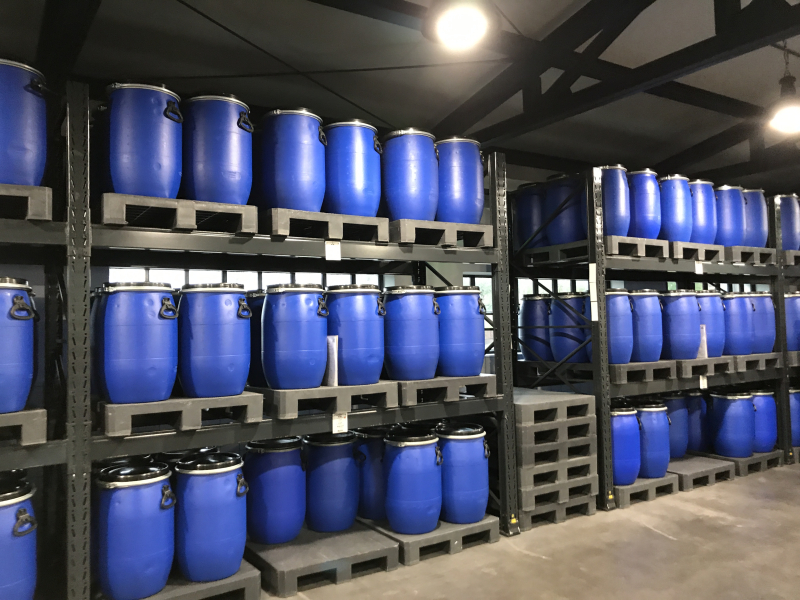 You may have seen a picture of the stills before - it's a gorgeous custom-made set-up with four stills.

After distillation, they flush out the solids from the still. These solids are also used to produce biogas. 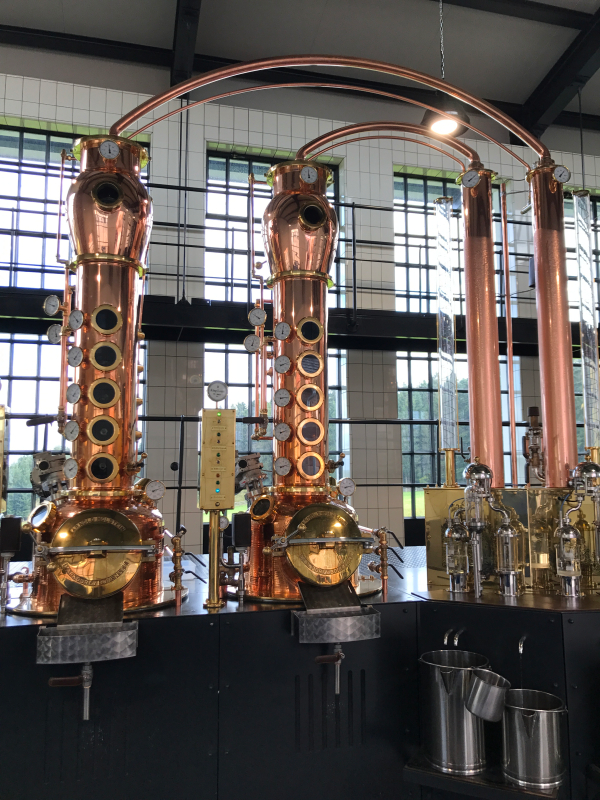 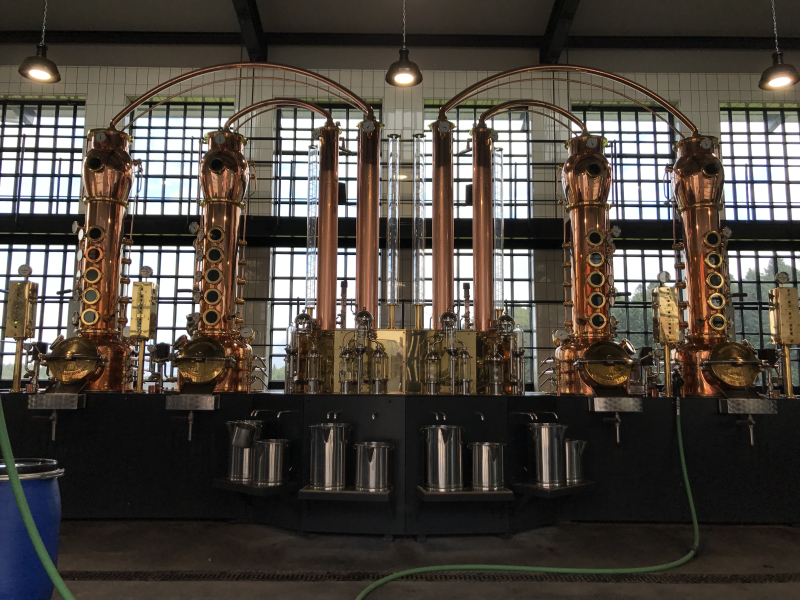 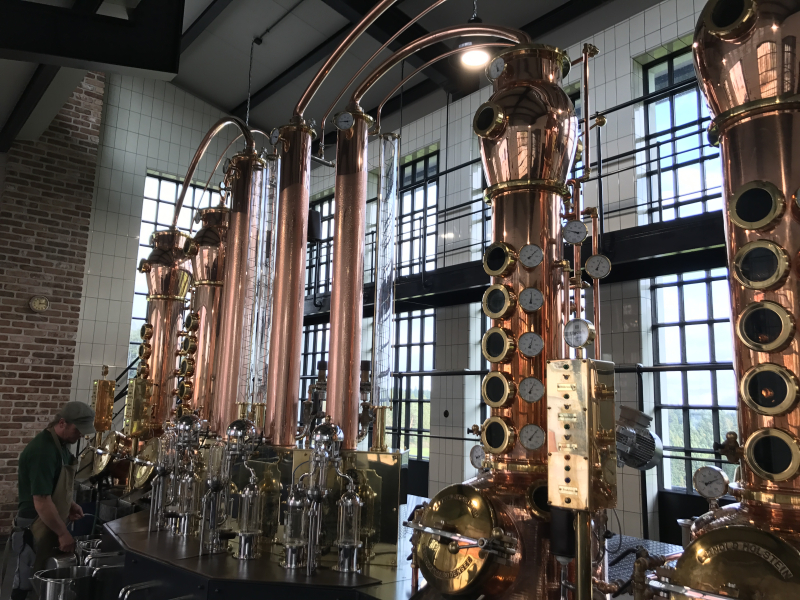 After being distilled, the spirit at full proof is rested for 90 days in these large urns before being diluted and bottled. The dilution process, which takes place at the bottling plant, is slow and takes place over 10 days. The product is bottled at 47% ABV, which is above the level that it would louche, so the gin is not chill-filtered. In addition to the flagship gin, they produce annual Distiller's Cut bottlings with different botanicals added to the mix. 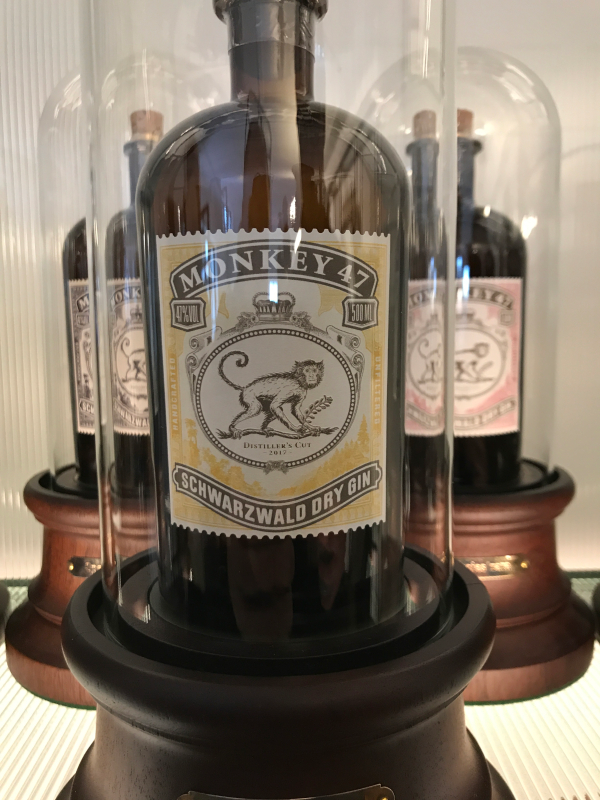 All told, I had this strange vision in my head that Monkey 47 was going to be this blend of Black Forest eau de vies made in wooden shack by a wizard, and that turns out not to be the case at all. The overall procedure is pretty standard for gin with some tweaks such as the fresh-peeled citrus and long maceration time before distillation. So what makes this gin unique is not so much its rustic location, but the recipe.

After the distillery visit, we spent the night in an amazing big Bavarian-style lodge nearby. Here are just a couple pics of that. I love this part of the world, but then again I haven't seen it in the winter. 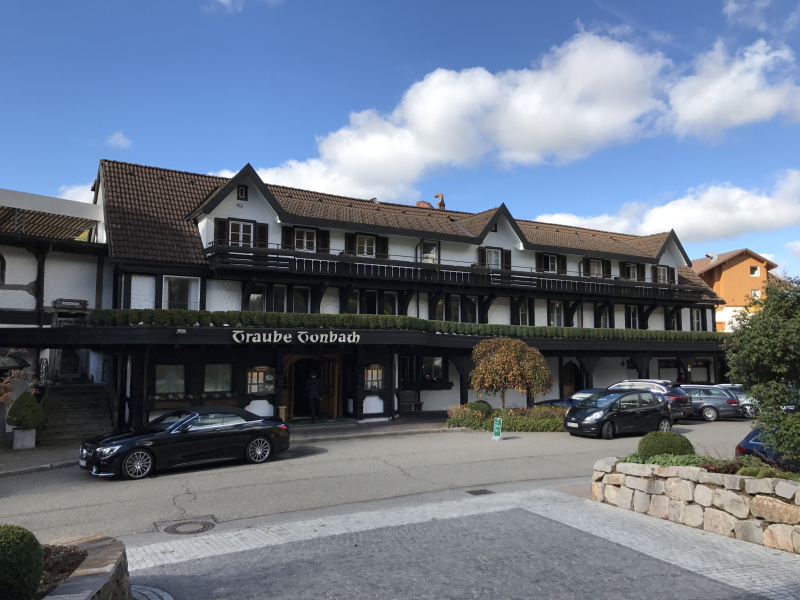 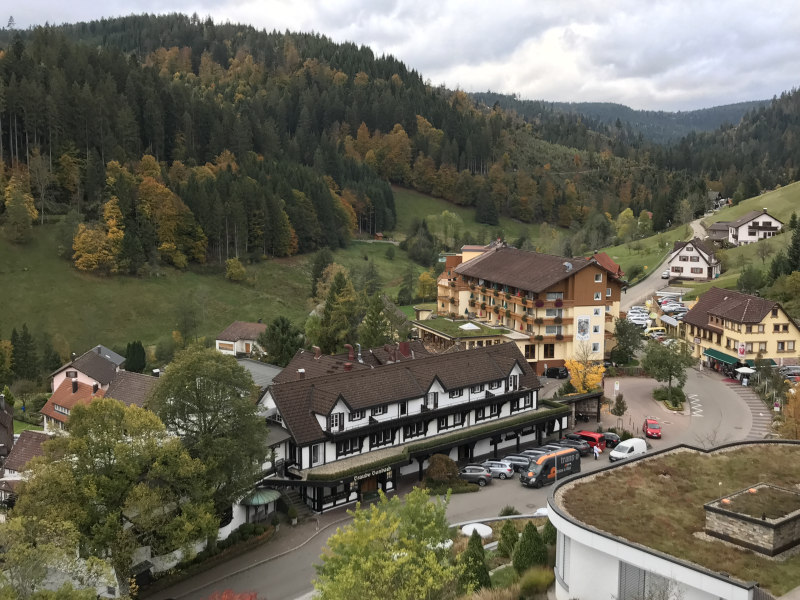 @Katherine - It was a bartender/media visit, so a private tour.