A Visit to the Rutte Gin Distillery in Dordrecht, the Netherlands

In the fall of 2017 I had the opportunity to visit the Rutte distillery in Dordrecht, The Netherlands, on my way to Bar Convent Berlin. In the US, Rutte sells their celery gin, dry gin, and Old Simon genever. It is sold in the Royal Dutch Distillers portfolio along with Cherry Heering, Mandarin Napoleon, and Italicus.

Dordrecht is connected by waterways to Rotterdam and the former center for genever production, Schiedam. 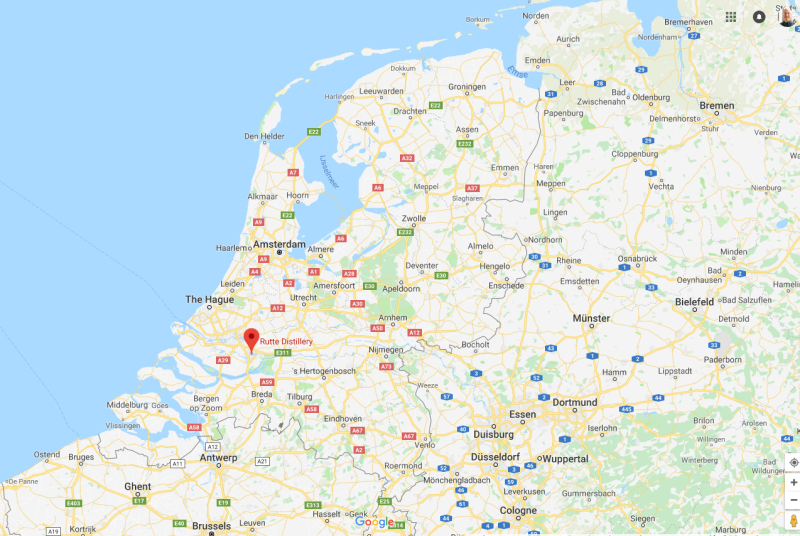 The Rutte Distillery is actually a distillery and shop, with former family housing upstairs. It is unlike any other distillery I've visited as it's more of a town shop rather than a industrial warehouse. The best analogy I've come up with is that it's like the town butcher or baker, where they do the work to prepare the food in-house and sell it from the counter in the front shop. At different times of the year, they have a different selection of offerings to sell. 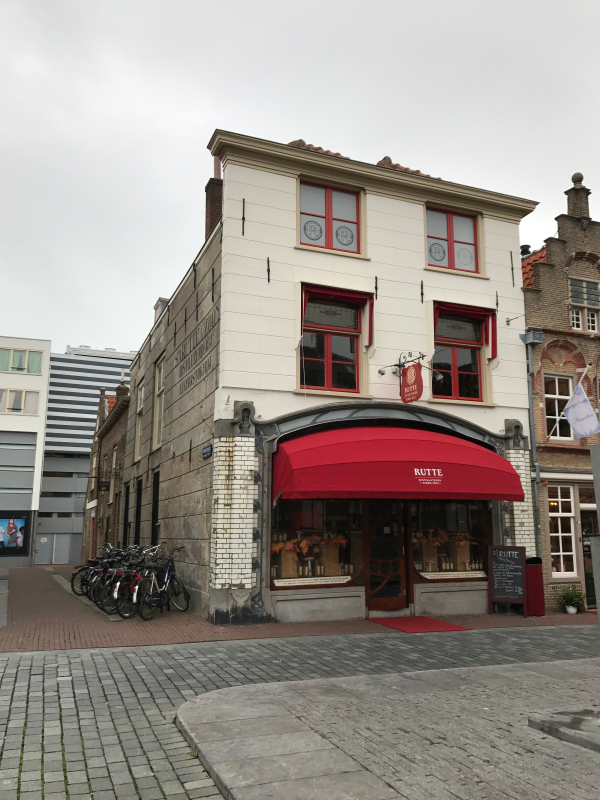 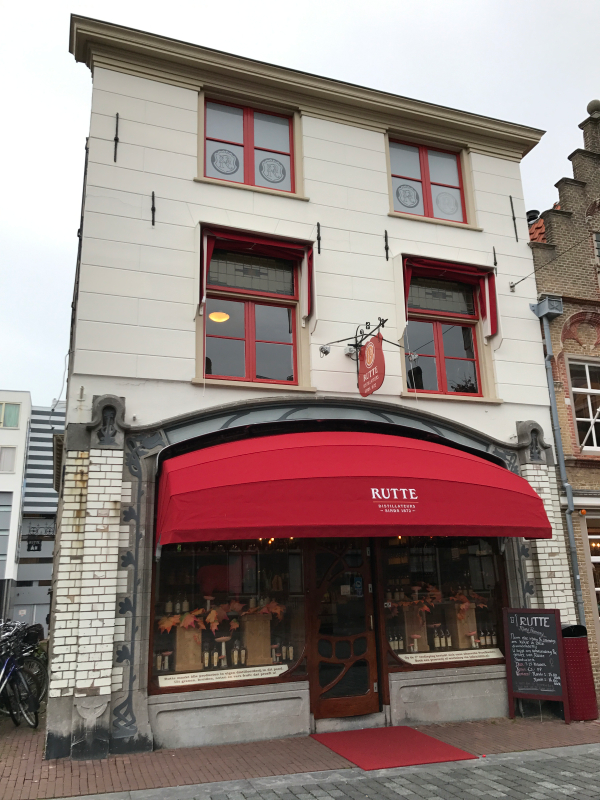 The company dates back to 1749 in Rotterdam. In 1872, the fourth generation Rutte family member bought a cafe and distilled in the back. It was converted into a wine shop something like it is today after being renovated in the 1920s. The last Rutte family member  sold the distillery in the 1990s while continuing to work there. He died in 2003.

The distiller since 2003 is Myriam Hendrickx, who comes from a food science background. She had only about a month of overlap between meeting the last Rutte distiller and his death. She kept some formulas like the Old Simon Genever true to the original (except they took out the tonka bean as it is prohibited in the US), while tweaking other recipes.

The malt wine, the malty, flavorful part of genever is purchased from Belgium (almost all malt wine is made there), and I believe all other the Rutte products are based on purchased neutral spirits. Hendrickx says that traditionally the Dutch are "botanical distillers," meaning they make flavored spirits like gin, ginever, and liqueurs, moreso than base spirits like whiskey and rum.

A Look at the Shop in the Front of the Distillery 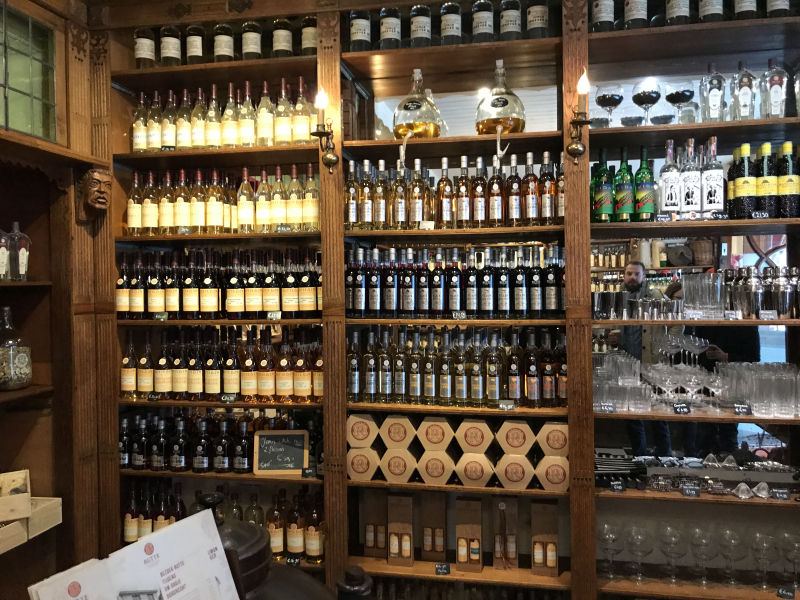 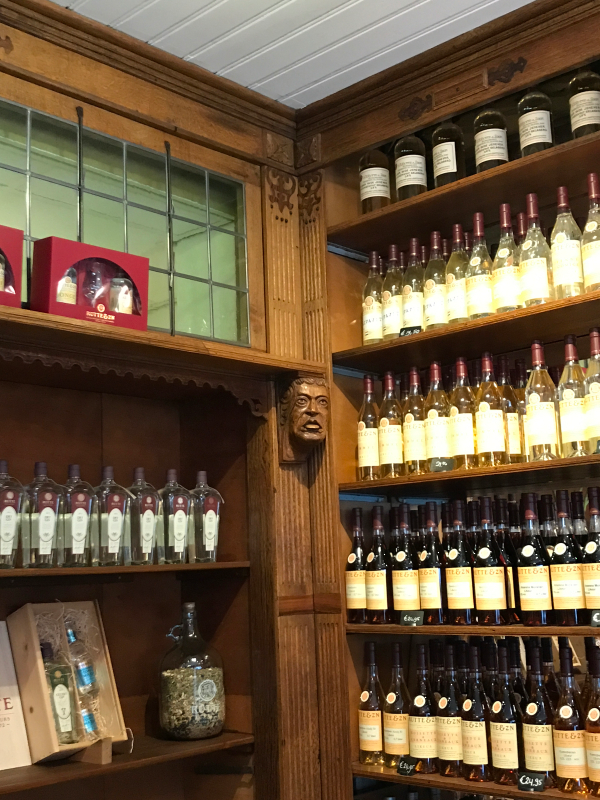 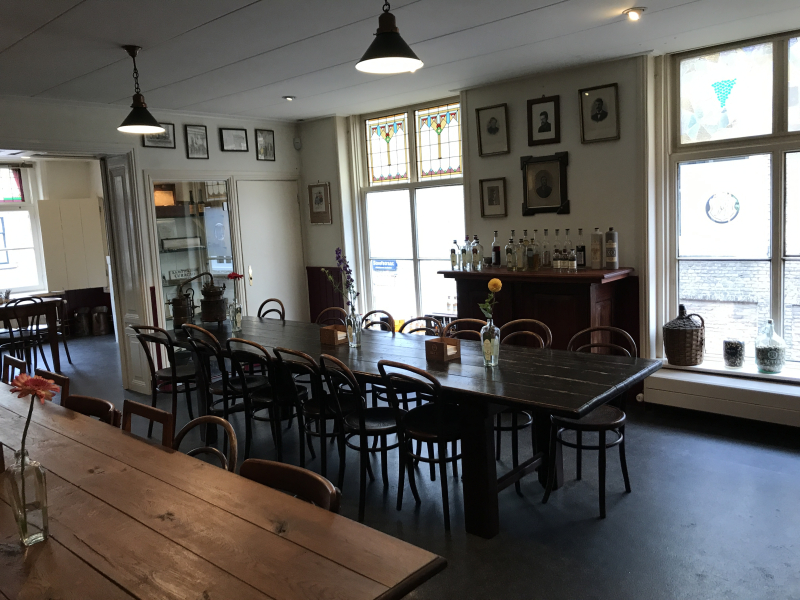 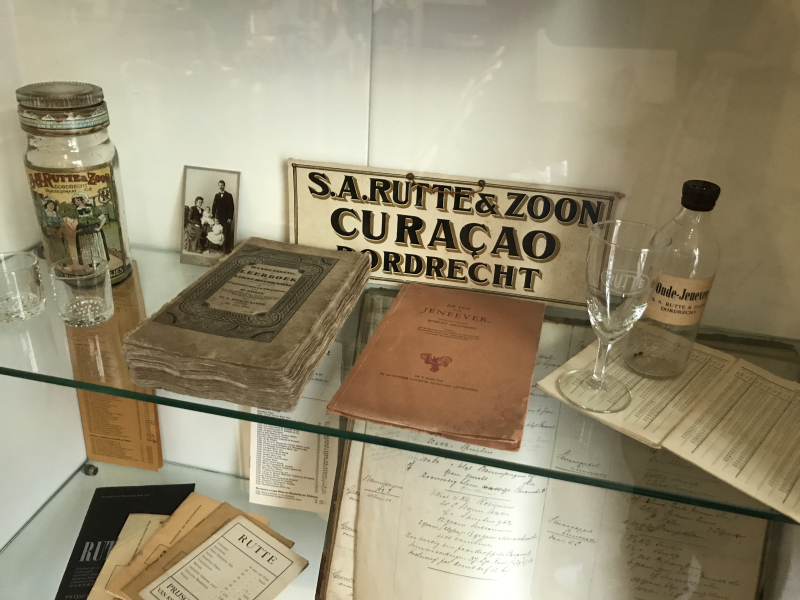 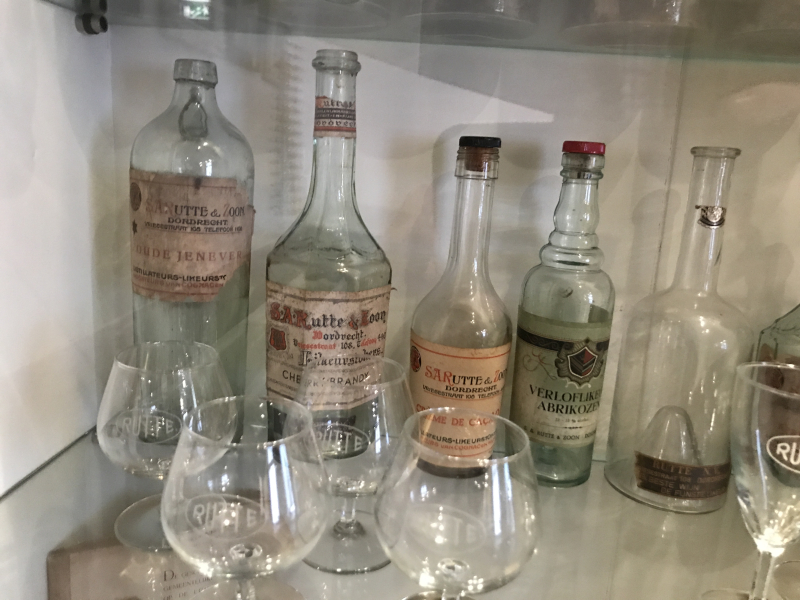 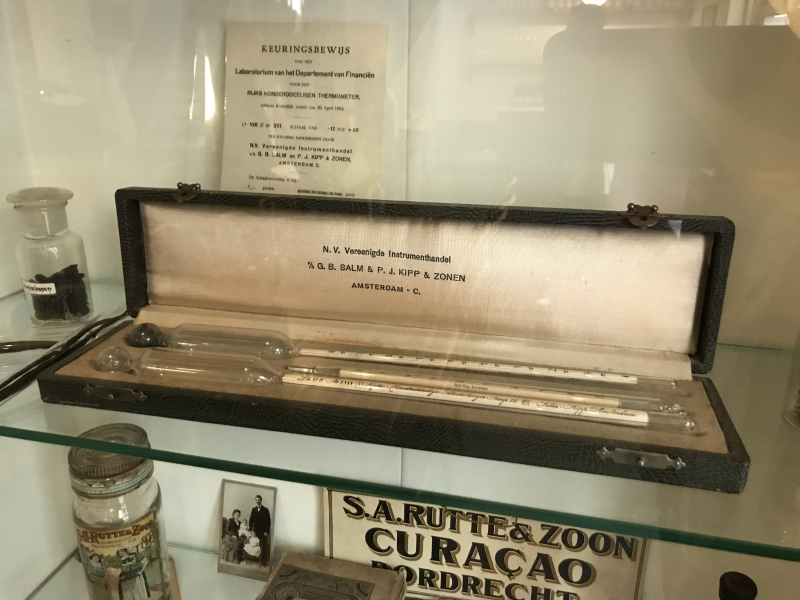 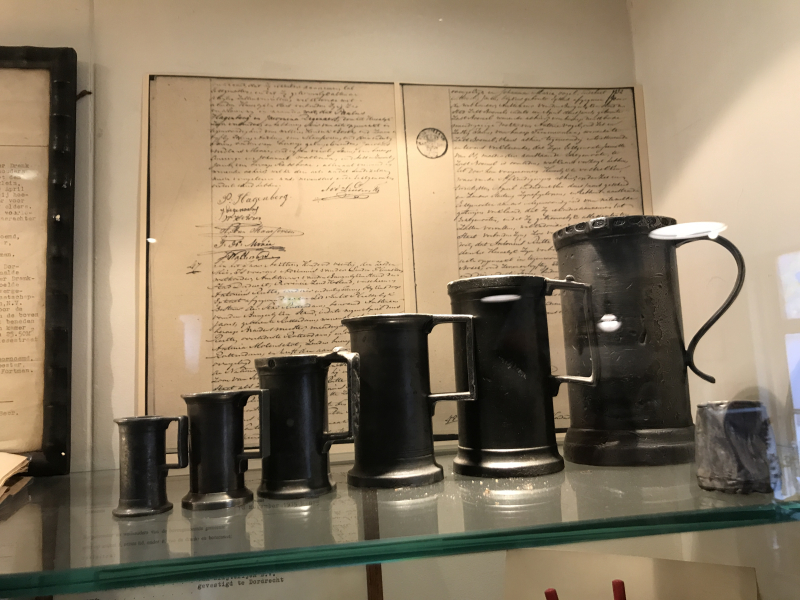 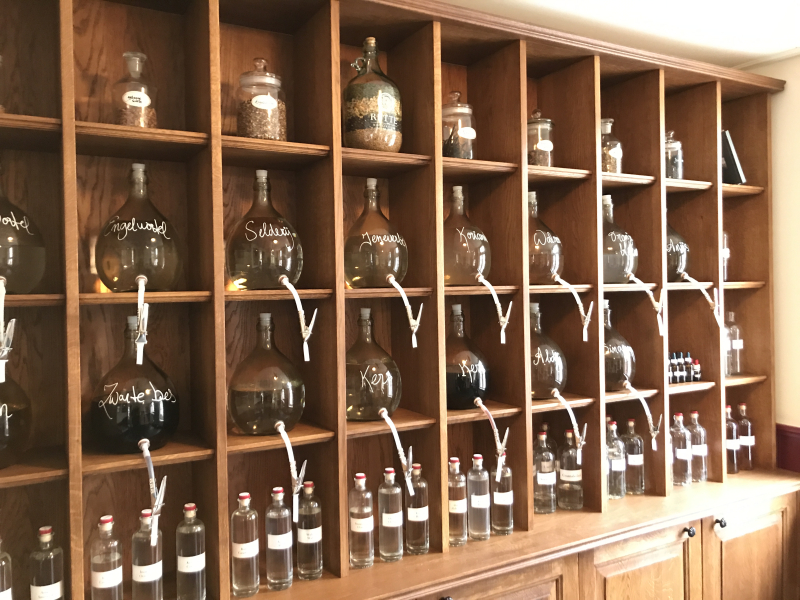 Down Into the Distillery in the Back 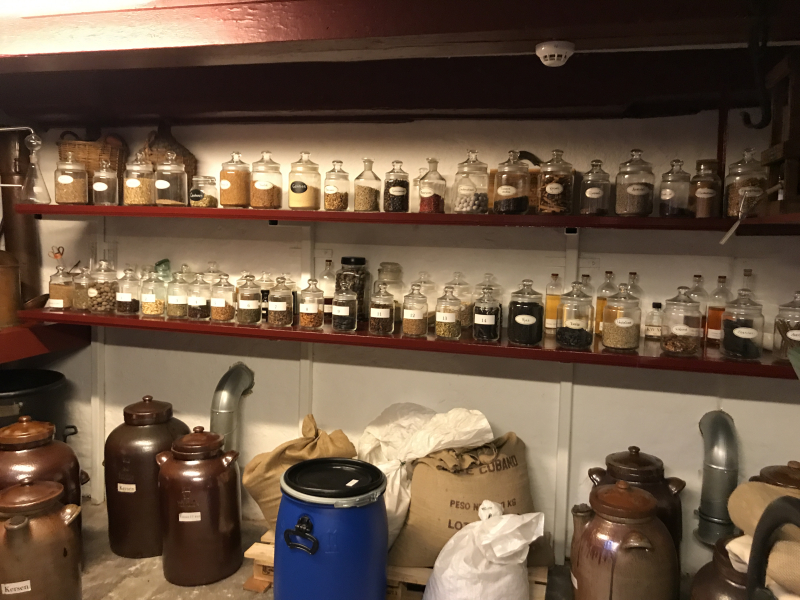 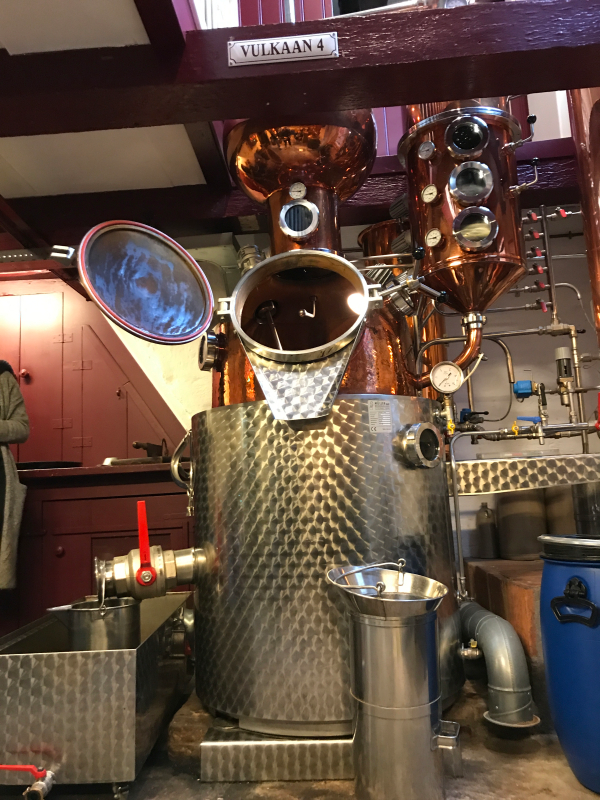 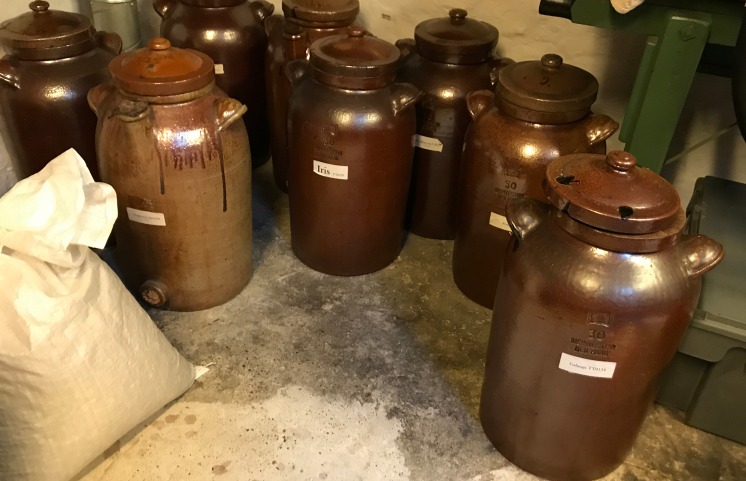 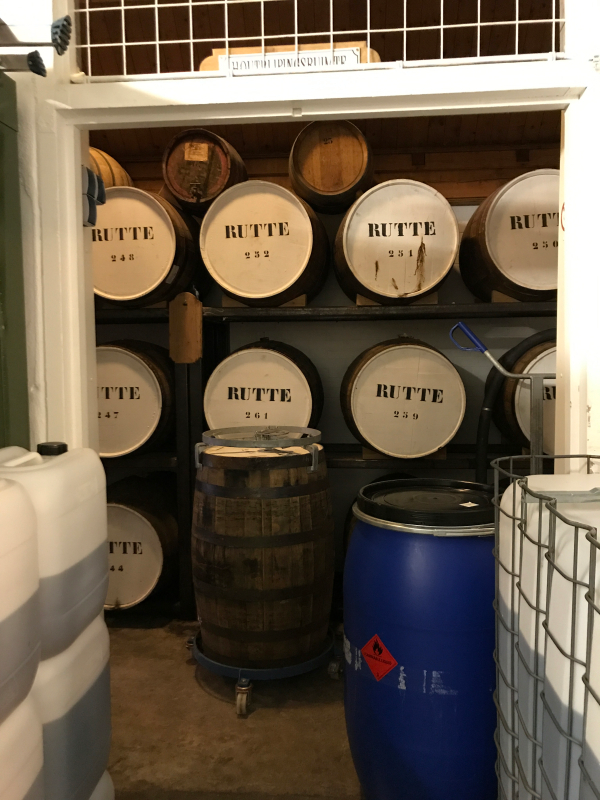 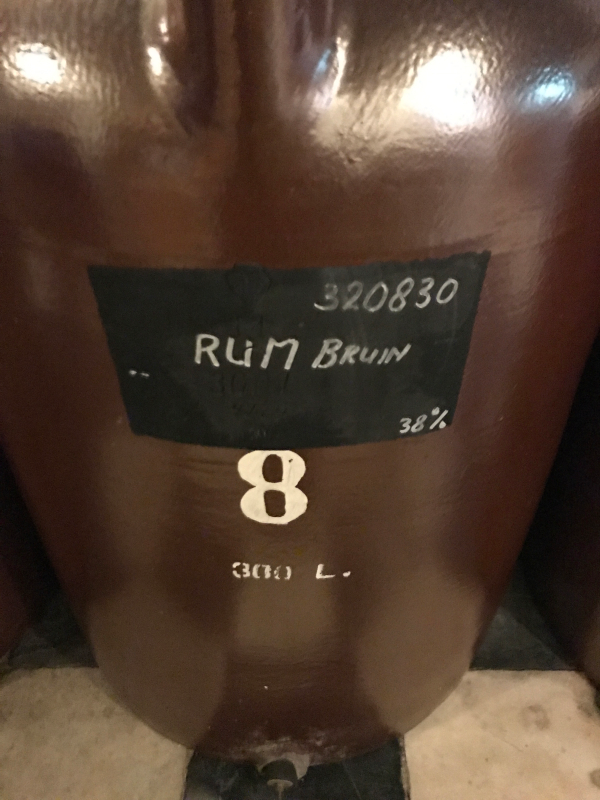 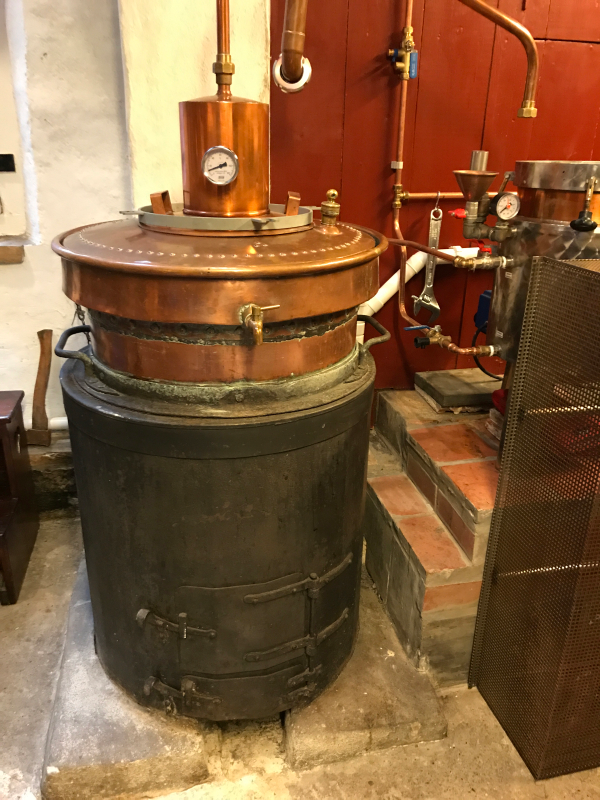 As you can tell, the place is tiny! There is only room for 40 small barrels of aging genever on site. The rest rests elsewhere.

So yes, a charming little place where they make some tasty gins.