If you've been following along, I've made... quite a few posts after my amazingly informative trip to China with Ming River Baijiu. Today is all fun and photos.

Previous posts, all from this one trip:

So here are just some sights and scenes.

The Luzhou Laojiao distillery is located in the city of Luzhou. It's very much not dialed in for Western tourists. We were only there one night. 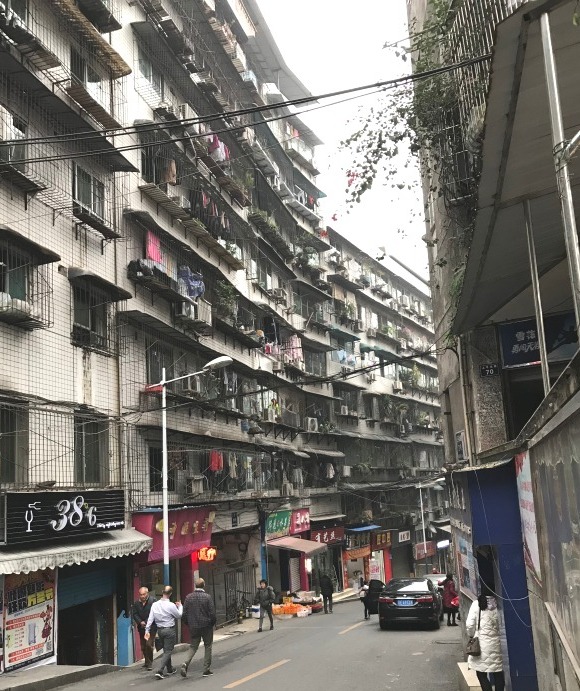 Above: The street right near our hotel. 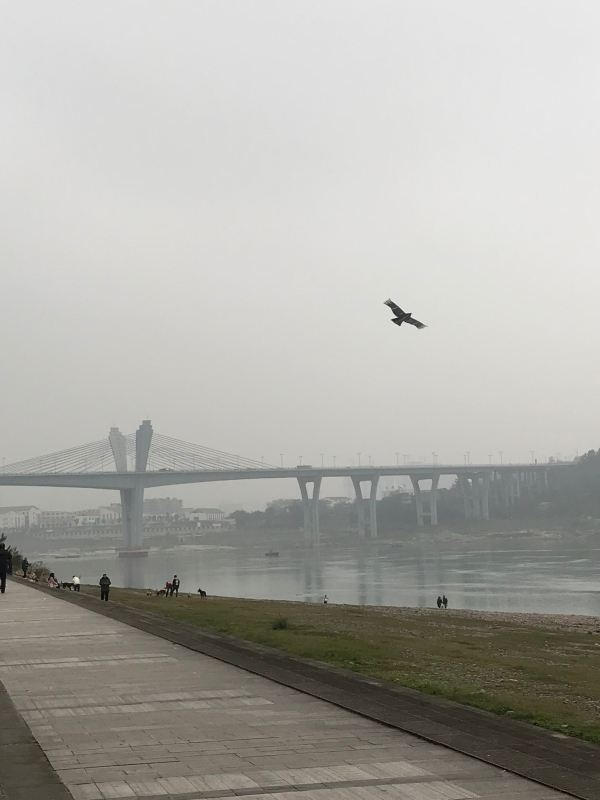 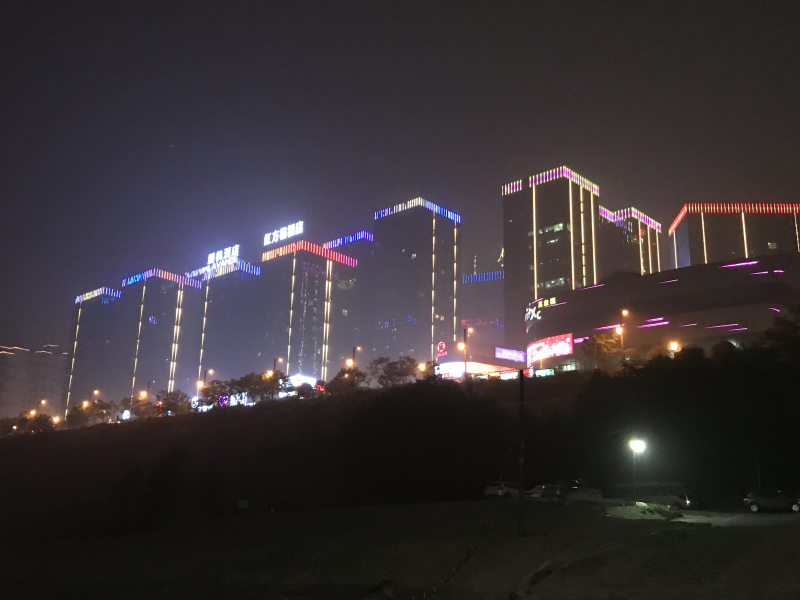 A lot of the buildings light up in China. 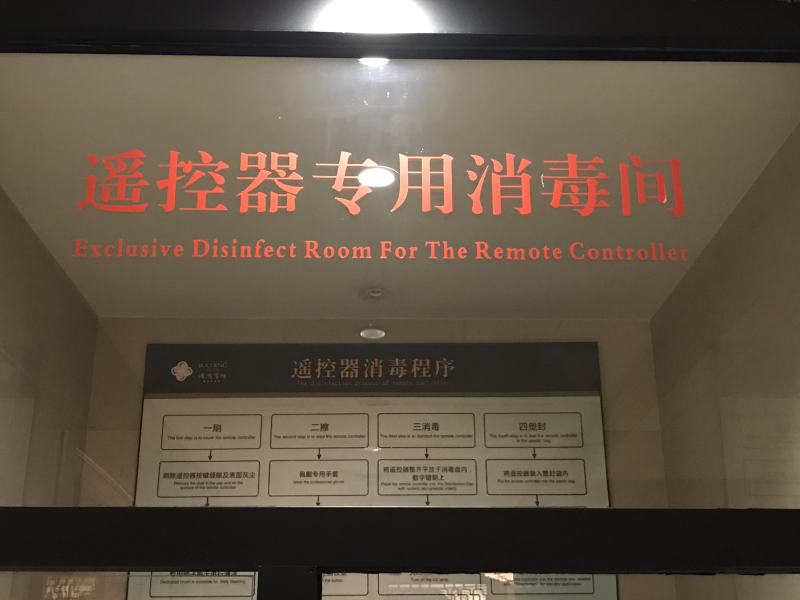 In the lobby of the hotel we stayed in had this glass cubby for the exclusive use of disinfecting TV remote controls. That's a new one.

From Luzhou we drove to the larger, most cosmopolitan city of Chengdu. It is a growing city and growing tourist and shopping destination. 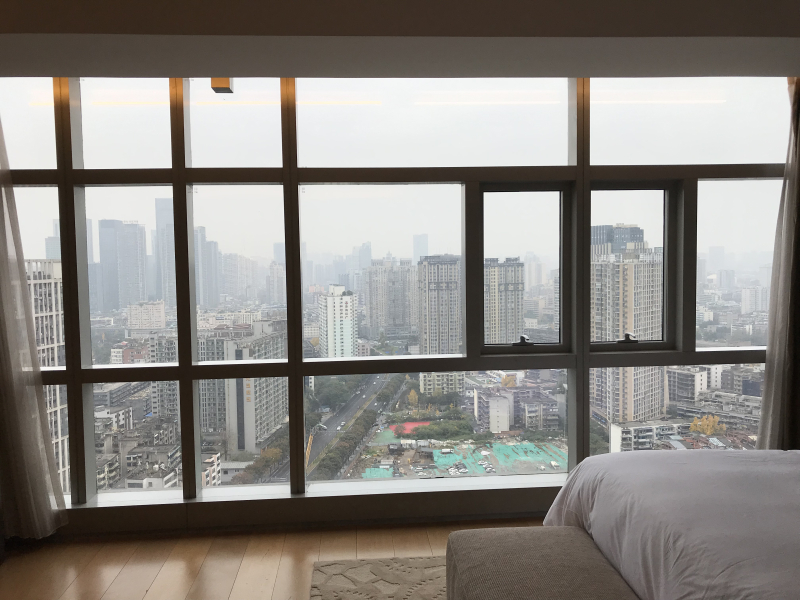 A large, busy park in Chengdu. The yellow trees were a beautiful color not well captured here. 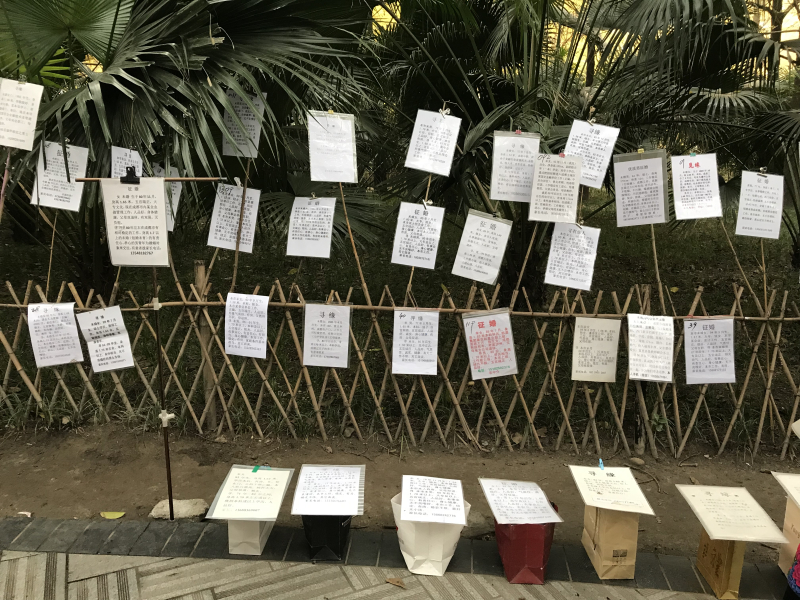 In the park, parents of single children put up signs advertising their adult children's assets. The parents stand around matchmaking in what must be the most humiliating act for the children. 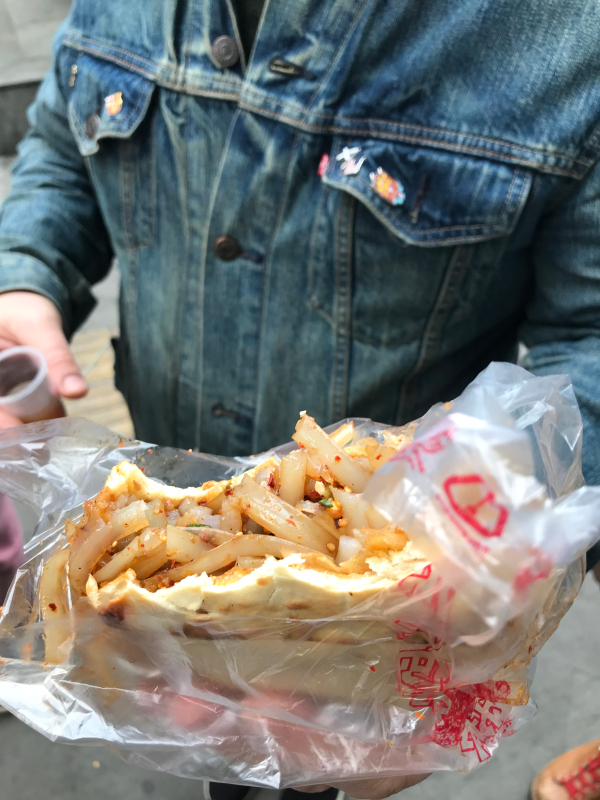 We took an awesome street food tour. I didn't eat much but hello noodle sandwich! 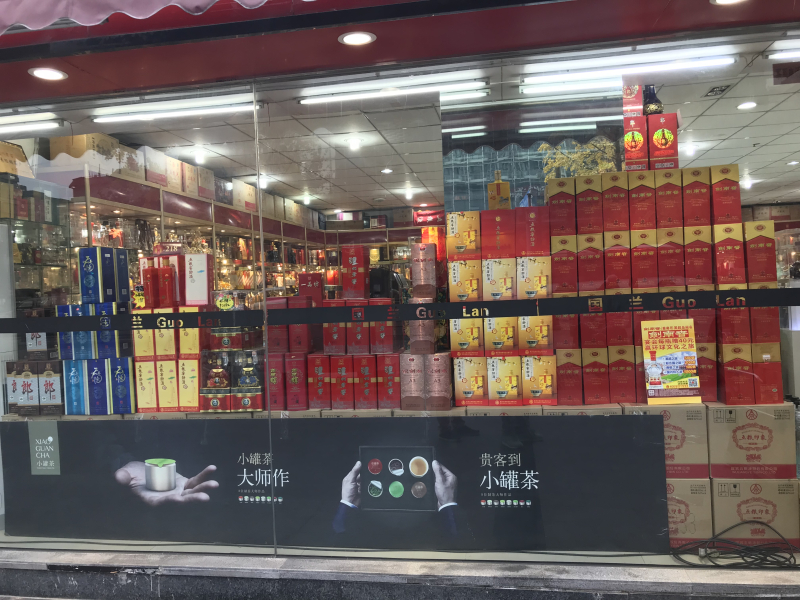 This is a typical baijiu store- the bottles are usually red and gold. 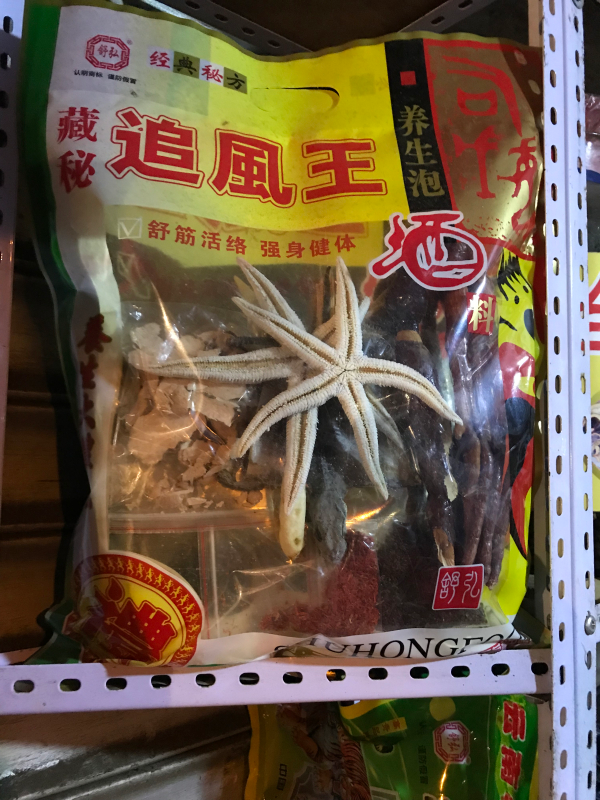 We stopped by a more traditional street baijiu shop. This is a medicinal ingredient infusion kit. Yes, that's a starfish. There's a snake head poking out there too and who know what else. 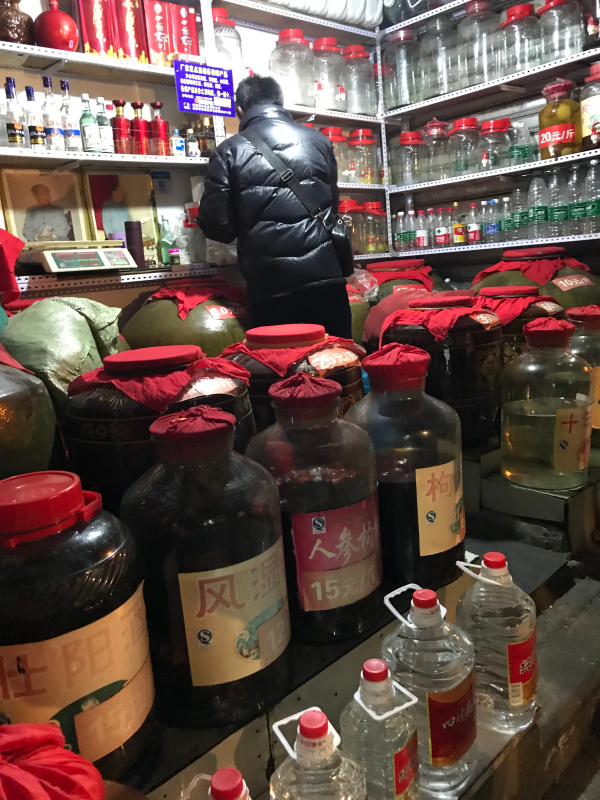 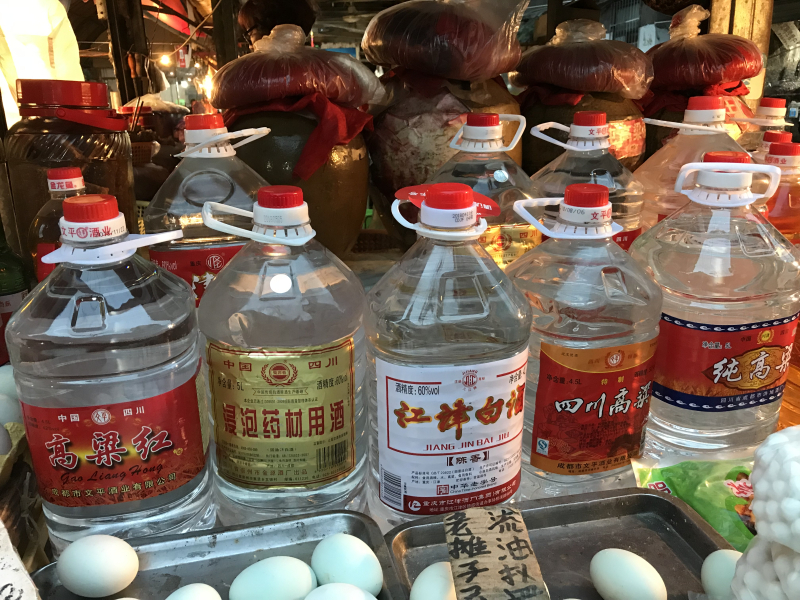 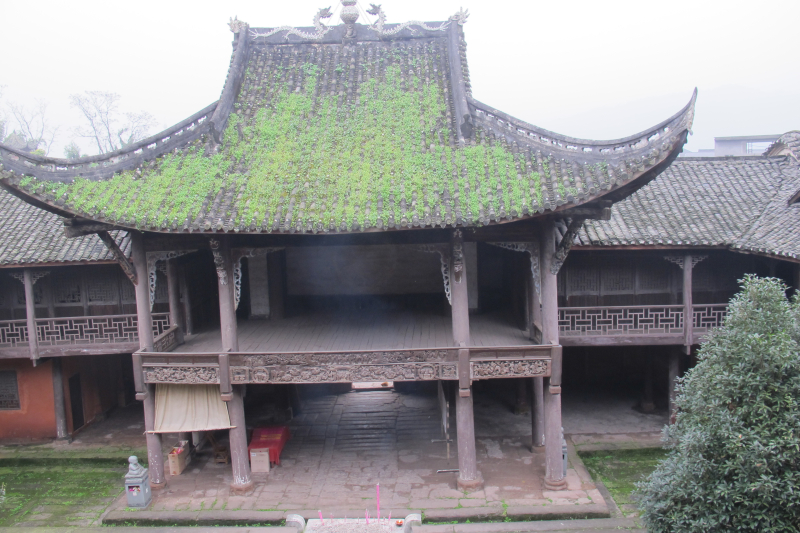 Somewhere not far outside the city, we visited a traditional old Chinese village that has been preserved for tourism. Our group of Americans was an attraction for the locals working in the village. People were taking pictures of us as we were taking them of the old buildings. 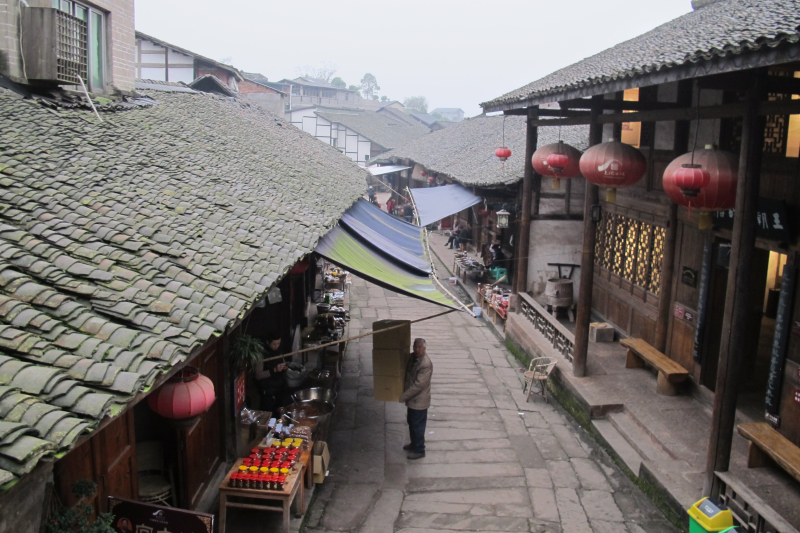 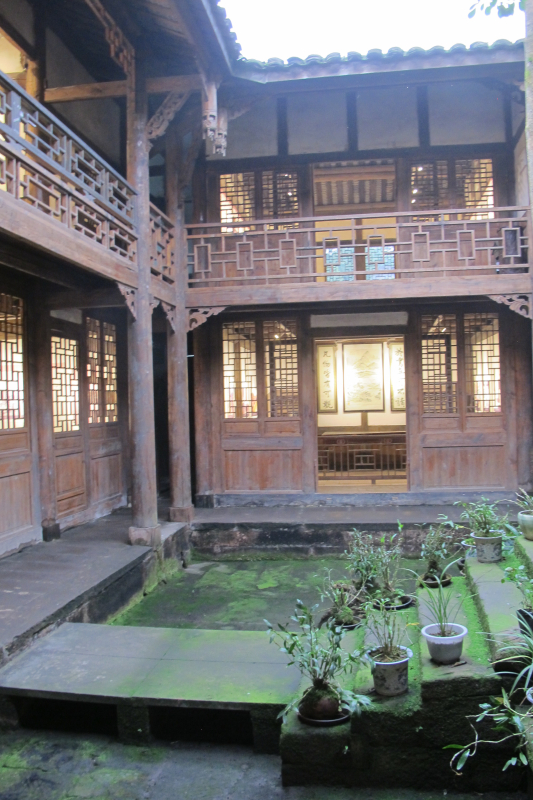 The interior courtyard of a famous artist's house. 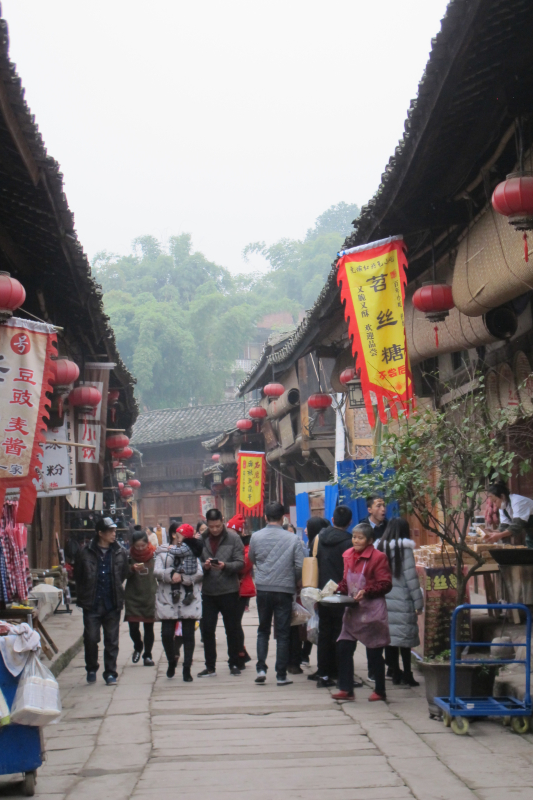 Street vendors were selling local delicacies, along with tchotchkes, traditional parasols, and clothes.

Part of what puts Chengdu on the tourism map is their huge panda breeding center and park. We played it right and got there right when it opened. Within two hours, thousands of tour busses pulled up all at once and it became insanely crowded.

The pandas are adorable of course, and the name plates describing their personalities were hilarious. 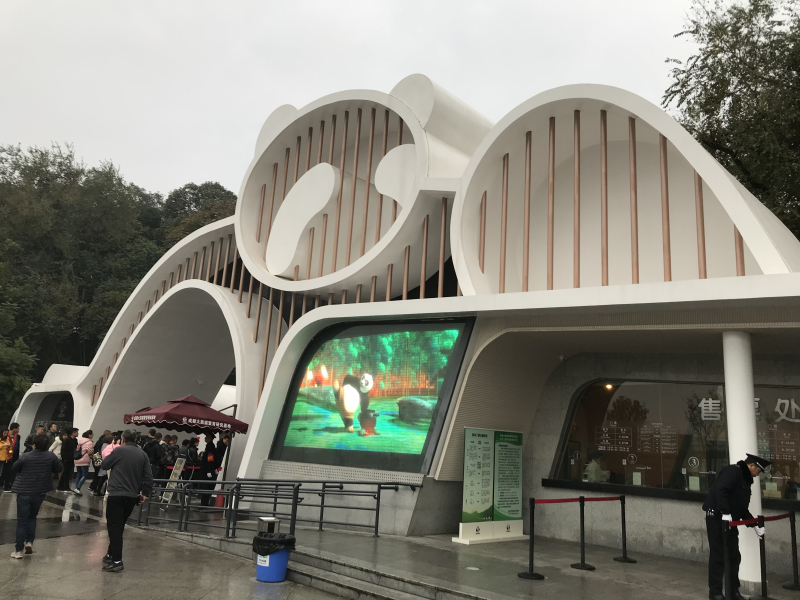 Part of the entrance to the park. The Kung Fu Panda movie has been integrated into the whole park. 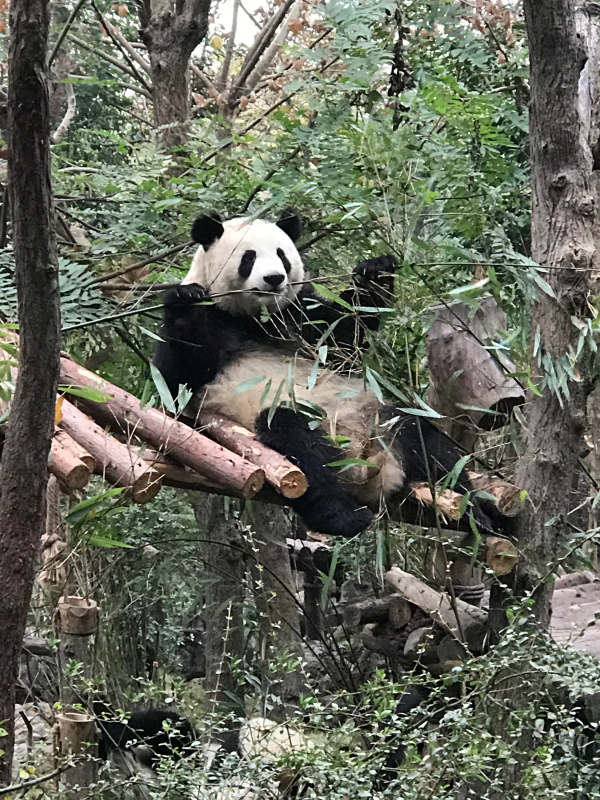 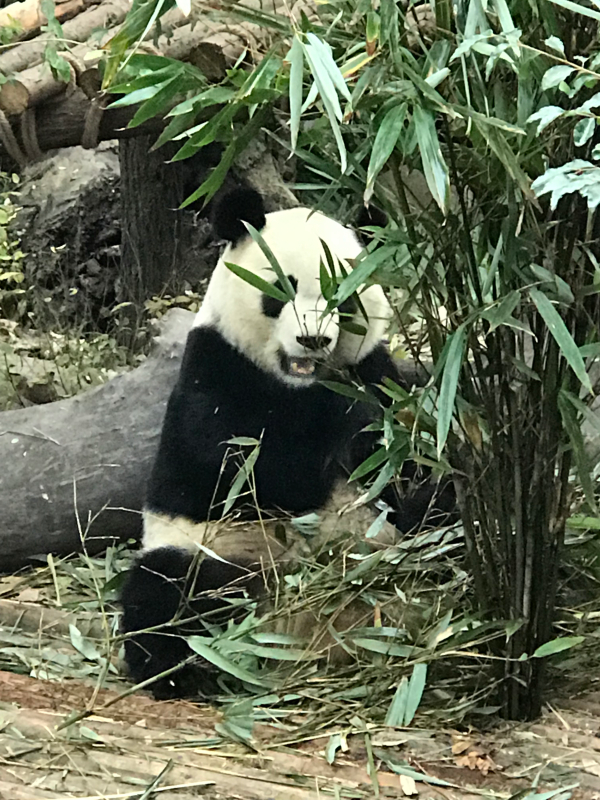 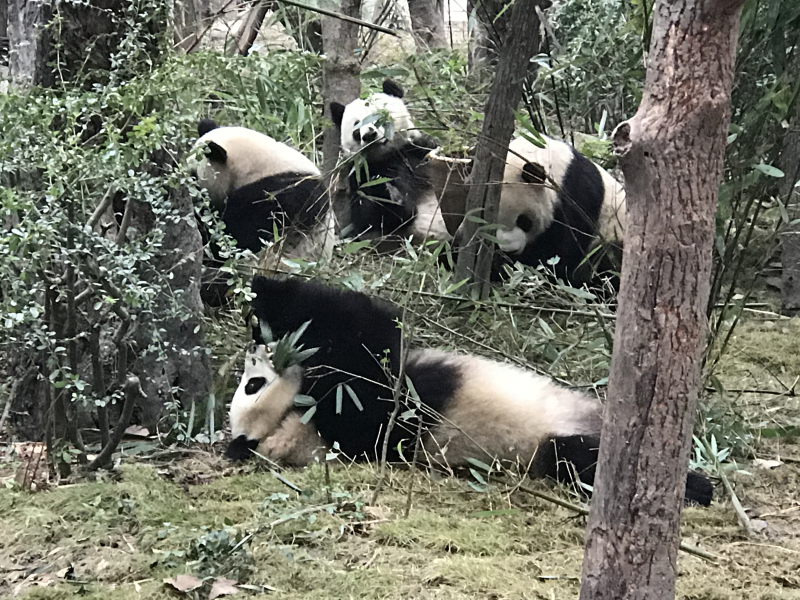 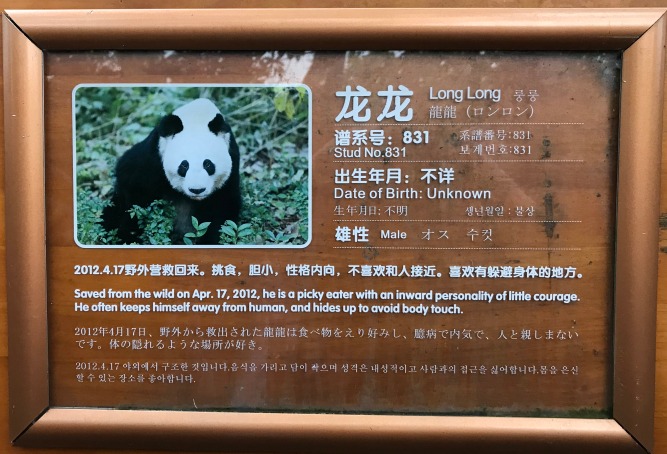