I usually use my inside voice when insulting things, but I slipped up twice recently, letting my fingers do the talking, and both my comments made the news.

On PunchDrink.com, Robert Simonson writes a story inspired by me talking smack about a bar's ice.

Some months ago, after a particularly productive week of writing, I parked myself on a stool at Prime Meats, the since-vanished Brooklyn cocktail bar and restaurant, and ordered a congratulatory Old-Fashioned. I then posted a picture of the drink on Instagram, as one does. Some minutes later, a comment arrived: “You deserve better ice as a reward.”

This disgruntled commenter did not know that my Old-Fashioned was delicious; all he could see was that the large ice cube in it was cloudy. The comment was not out of character, given the source: Camper English. The San Francisco-based cocktail writer has carved out a niche for himself as a clear-ice zealot, preaching the virtues of directional freezing—a method by which crystal clear ice can be achieved—in both articles and seminars.

“It’s a huge aesthetic difference that can’t be discounted,” argues English. “Styrofoam cup versus crystal glassware. It makes for a completely different experience.” 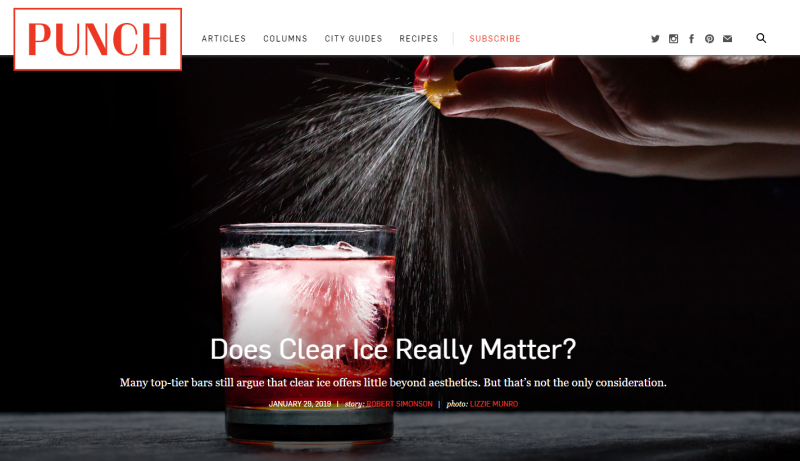 And then, in the San Francisco Chronicle, Maggie Hoffman included my tweet about a new beer bar that's getting some things wrong.

My fellow professional barfly Camper English of the Alcademics blog summed up the experience in a tweet as being akin to “drinking beer in the TV department of Best Buy.” They’ve adjusted the lighting in recent weeks, which helps, but he has a point. 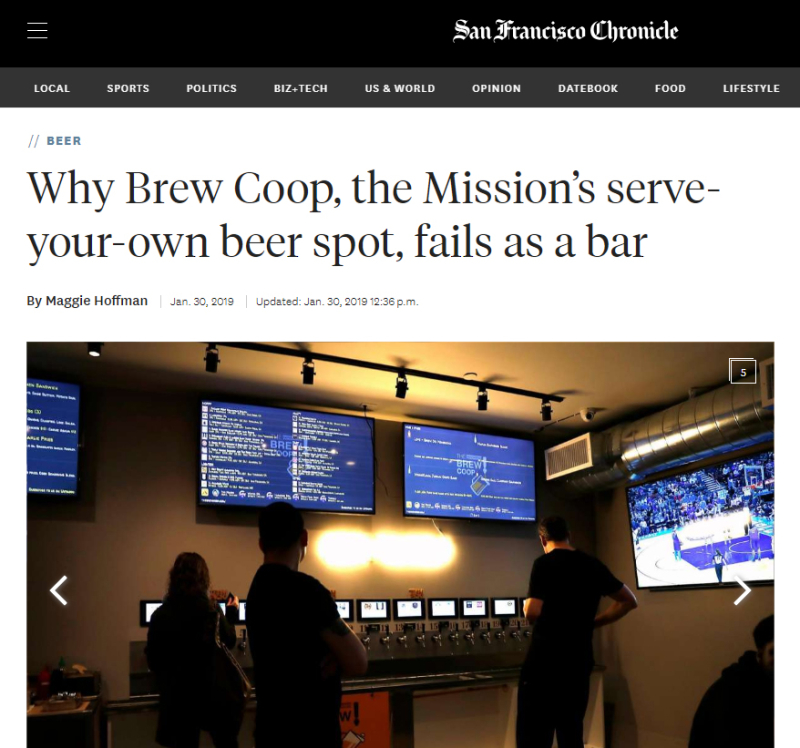