In 2016 I took a trip organized by WIRSPA (West Indies Rum and Spirits Producers' Association Inc.) and their quality marque system ACR for Authentic Caribbean Rum. As this was a few years ago, this blog post is somewhat of a photo-and-data dump for you to enjoy photos and for me to refer to as notes for the future. (I end up searching my own website for information kind of a lot.)

Two of our stops in Jamaica were with the National Rums of Jamaica Limited. At the time they owned three rum distilleries, with only one of them operating, but since that visit Long Pond was sold. Our first stop was to the old Innswood Distillery, which stopped producing rum about 1993, after opening in 1959 initially.

At this Innswood location, they age rum in two warehouses but no longer distil. The distillery once belonged to Seagram's and then Diageo. There was an old abandoned still in one of the buildings we peeked into. 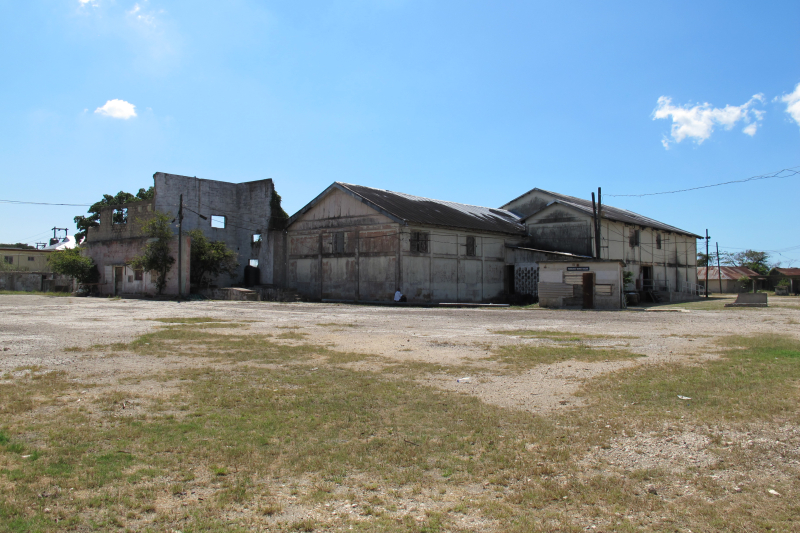 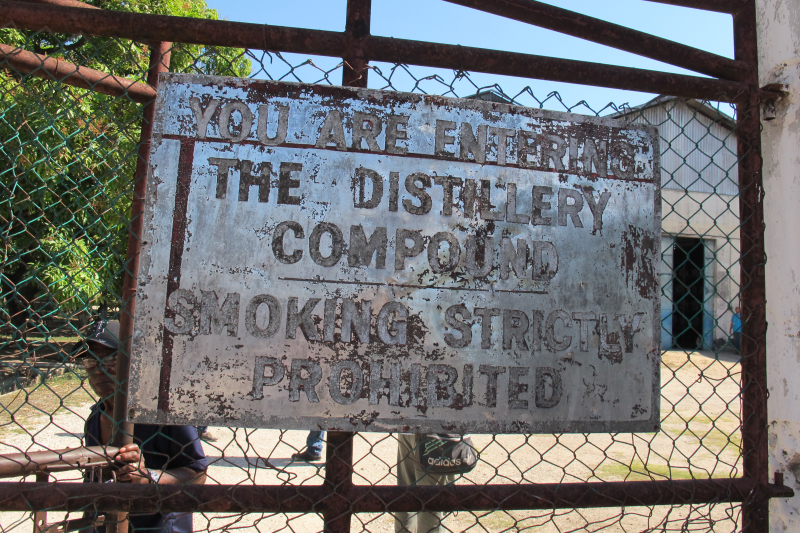 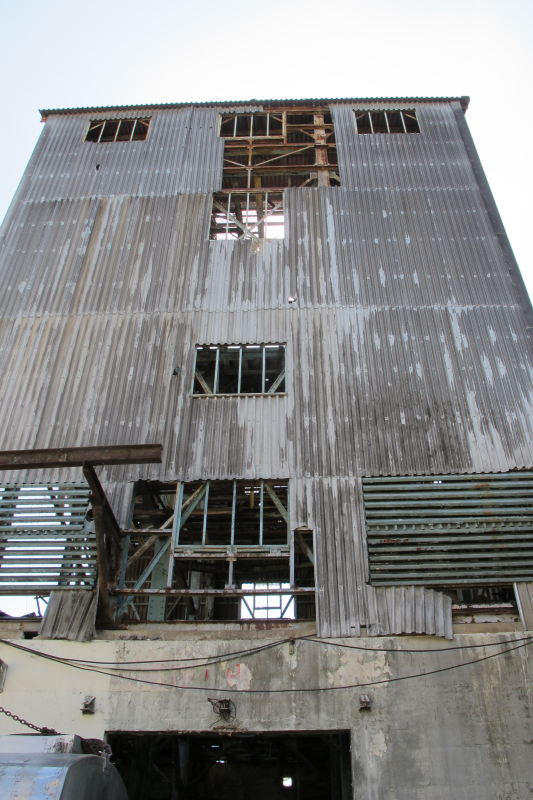 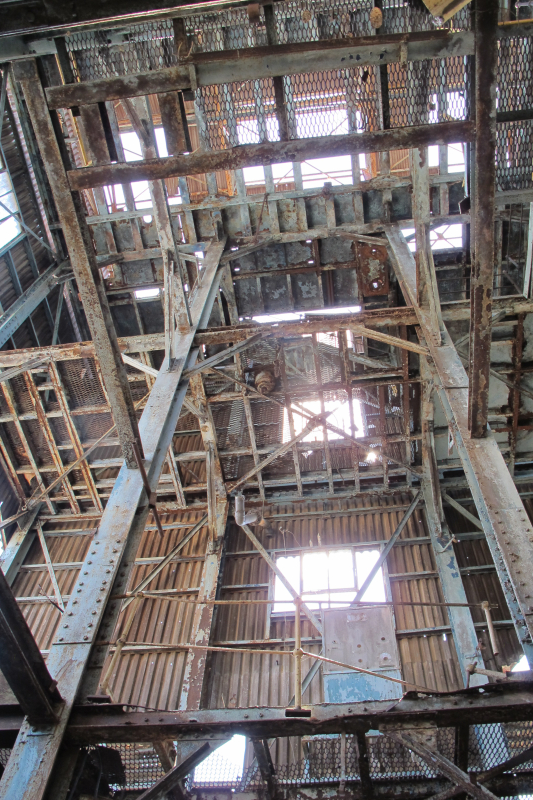 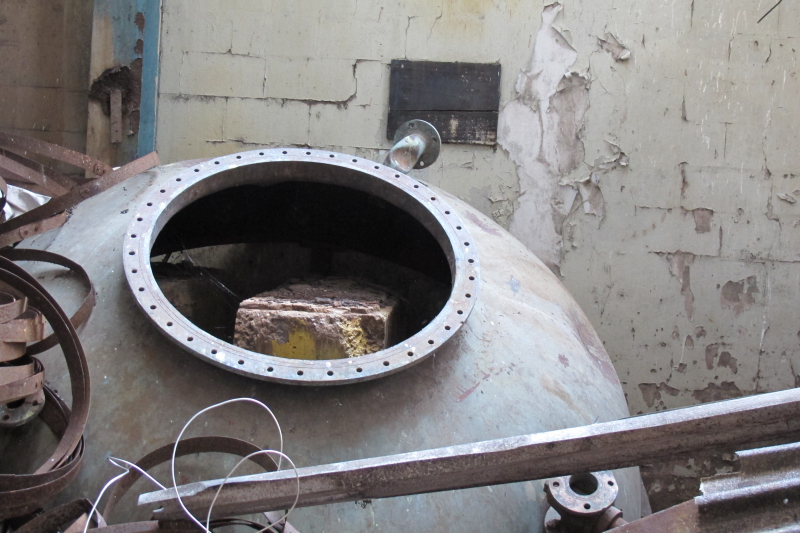 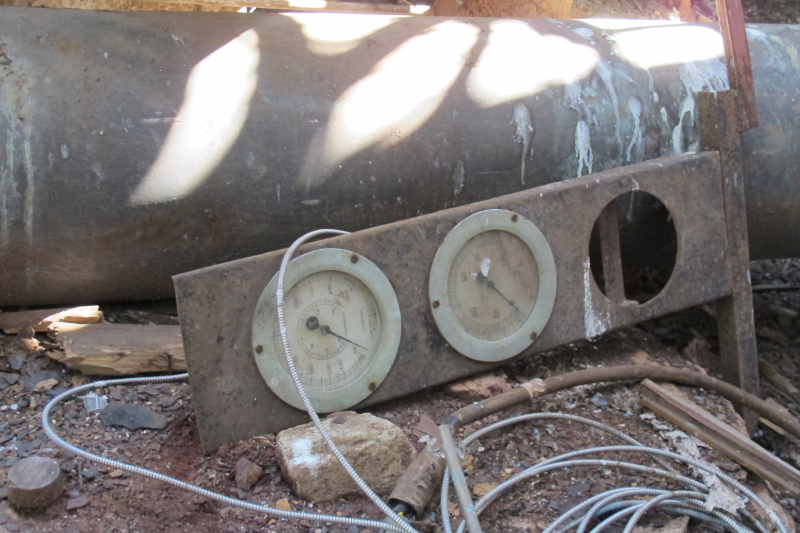 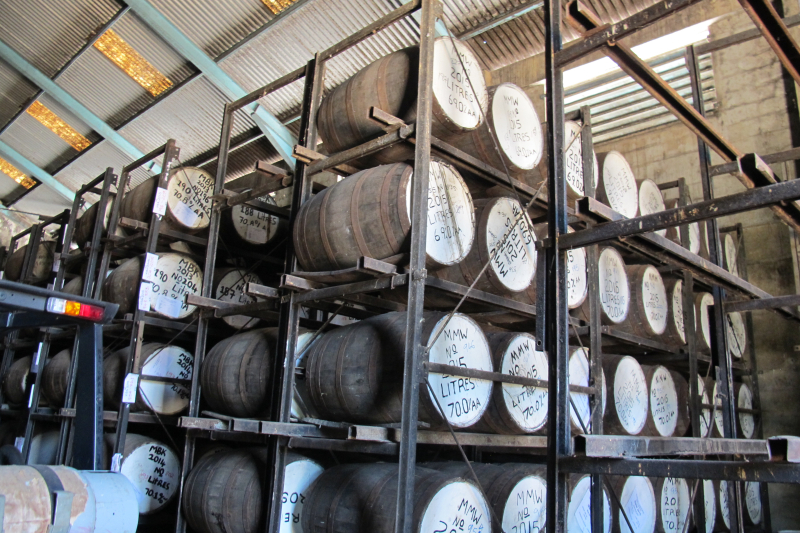 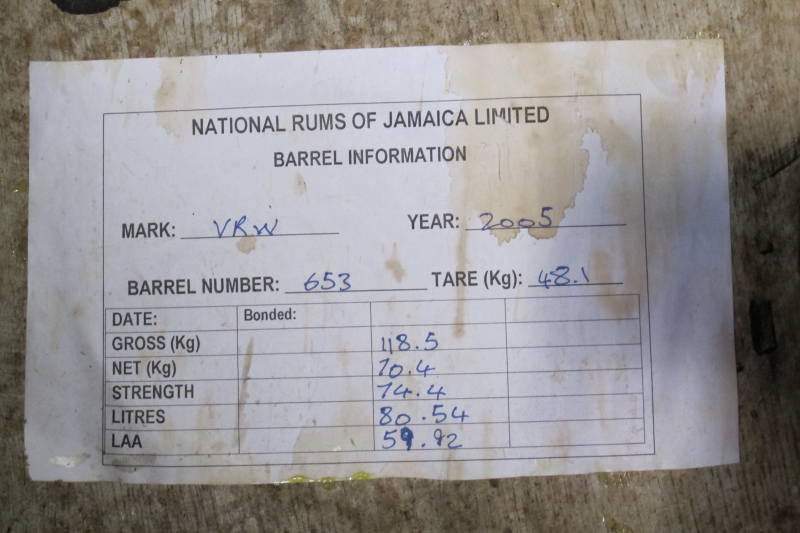 We then drove to the Clarendon Distillery, which is owned by the National Rums of Jamaica and where they produce the Monymusk brand. Monymusk has only been around since 2012. All Monymusk is a blend of pot and column distilled rum.

Our hosts told us they make more rum marques than most distilleries, about 5-6 column still marques and about 20 pot still marques.

They receive their molasses from the sugar refinery next door. When it is not in production, they receive it via tanker ships.

At one point, each sugar refinery had its own distillery. But with consolidation and sales of many sugar facilities to Chinese companies, the sugar producers and rum producers have separate entities. This seems to have great impacts on rum production: the rum distilleries rely on molasses from the sugar refineries (though they can purchase molasses from other countries if need be), and importantly the rum distilleries' waste products are treated and spread on sugar cane fields as fertilizer. So if a distillery doesn't have an active deal with a sugar cane farm, they have nowhere to dispose of their waste, and Jamaican laws seem pretty strict about not just dumping it into the ocean. The lack of waste treatment/management can and has closed distilleries. 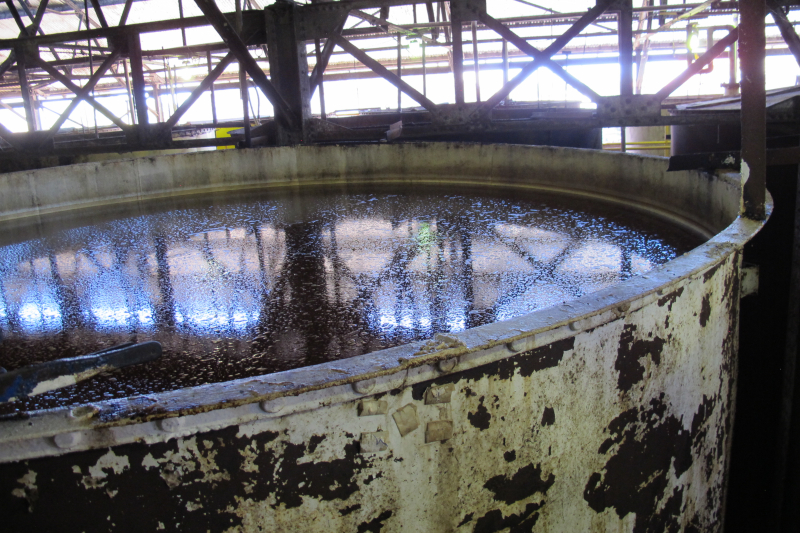 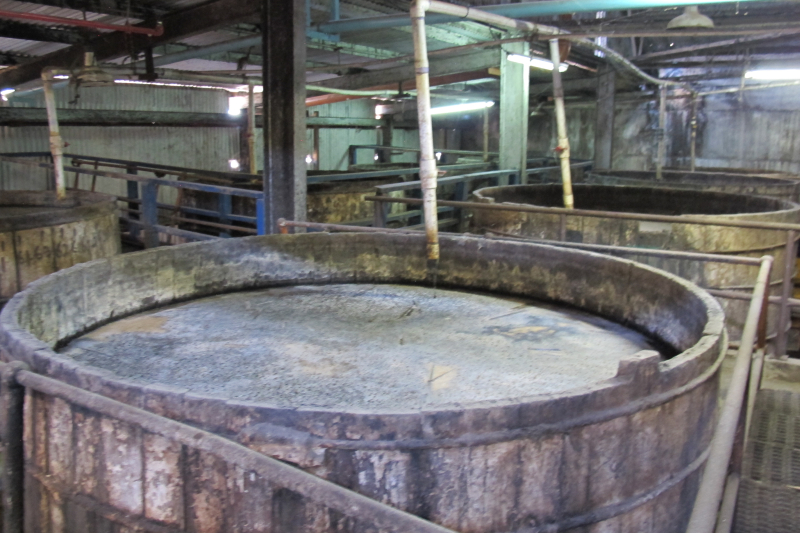 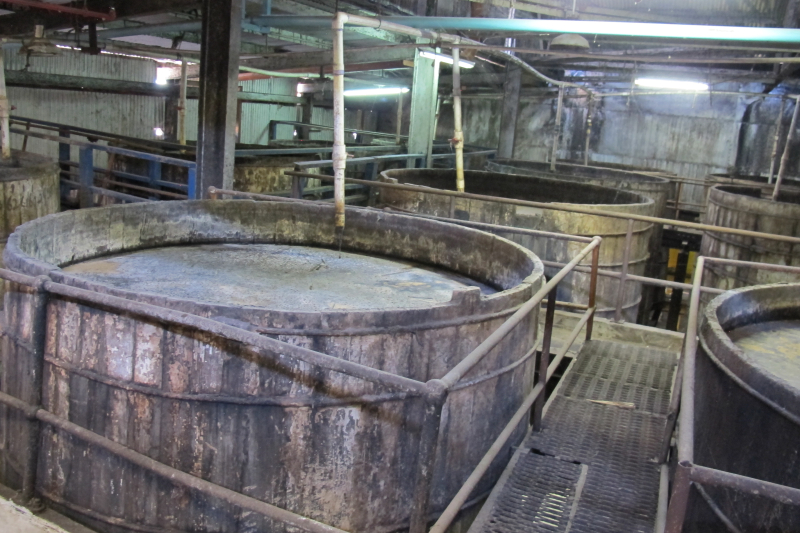 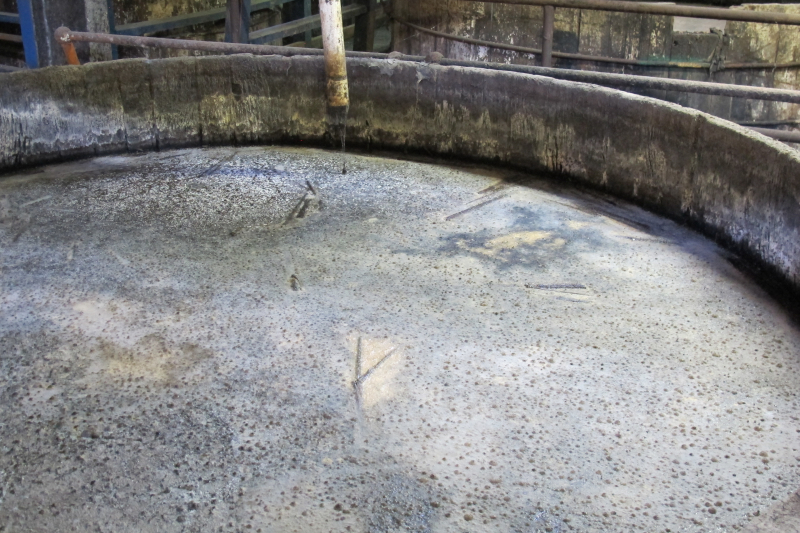 To the molasses, water and nutrients are added to help with good fermentation. Fermentation for their light rums takes 30-36 hours. It's longer for their heavier rums, as that long fermentation allows flavors to build up. They can use the same fermented molasses (molasses beer) for their light marques distilled in pot and column stills, but use a different molasses beer for the heavy pot still rum. They have 24 open-top fermenters. 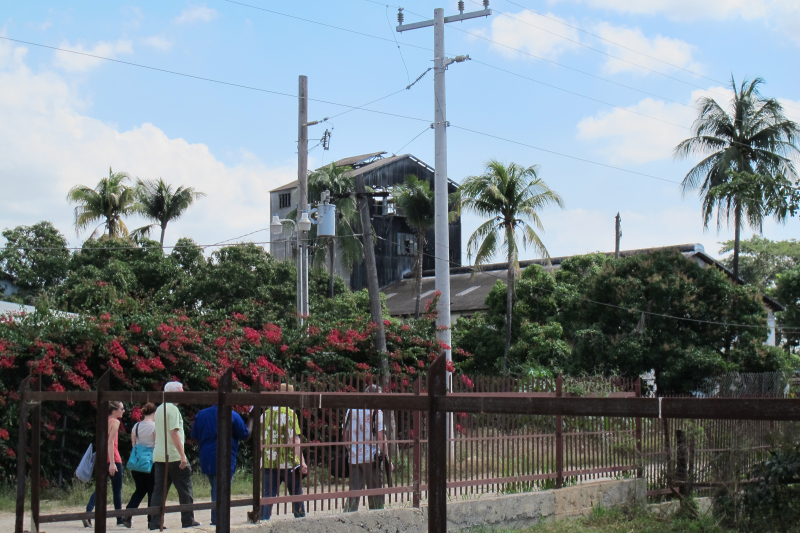 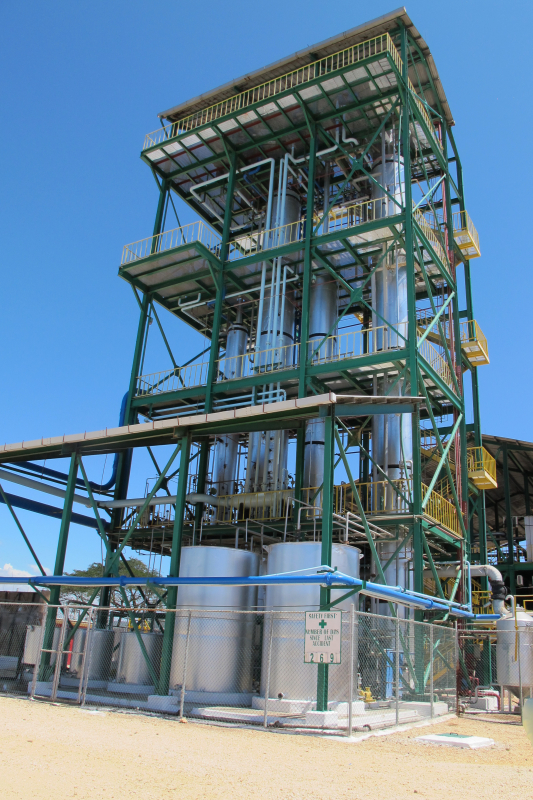 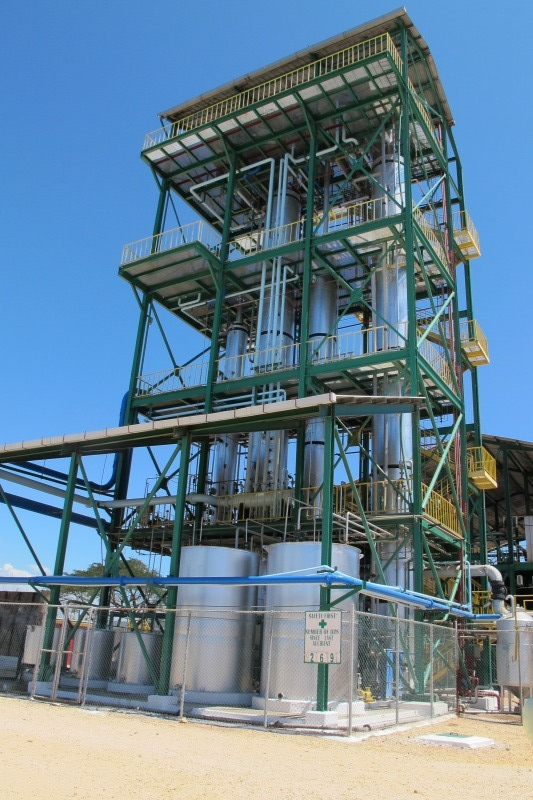 For the heavy pot still rum, fermentation takes place over 1 month: 2 weeks in wood (during which yeast are propagated) and 2 in stainless steel (with more molasses added).

The column stills here looked shiny and modern, installed in 2009. The four columns are the wash still, aldehyde and fusel oils, rectifiers (where cuts are made), and methanol column that is only used when they make neutral spirit. The pot stills here are older. They distill for 300 days per year, and have a capacity of 9 million liters of absolute alcohol per year from the column stills alone; another 3 million from their pot stills.  Diageo at the time was purchasing 90% of the rum produced at Clarendon.

They age their rum at 70% barrel proof. They don't rechar barrels.  At the time of my visit, they had recently started topping up barrels from the same batch. 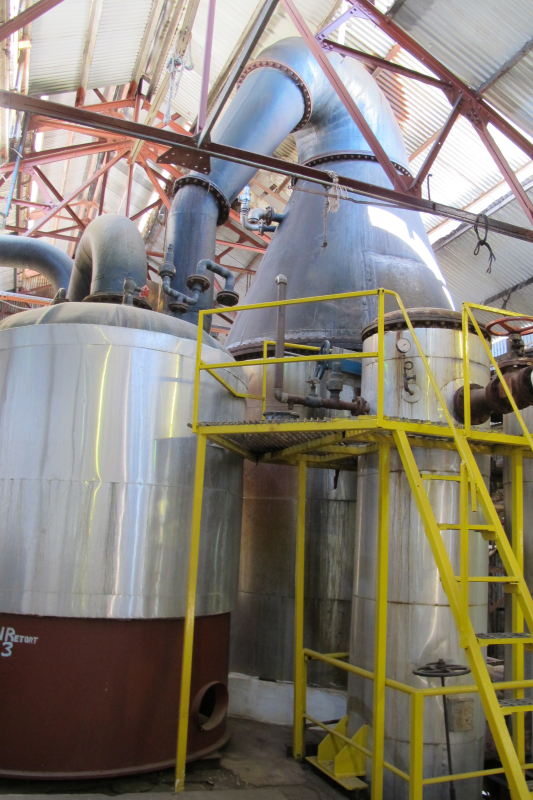 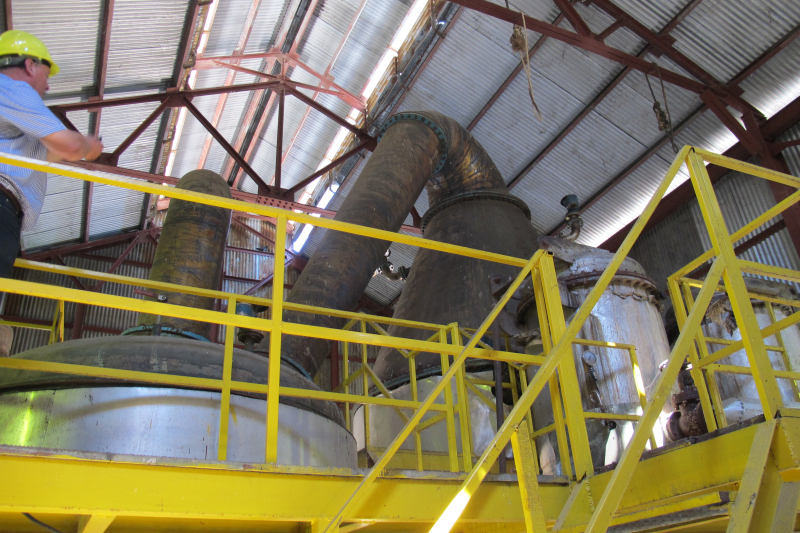 The third distillery, Long Pond, was closed at the time of my visit- but we visited that anyway. See the next post. 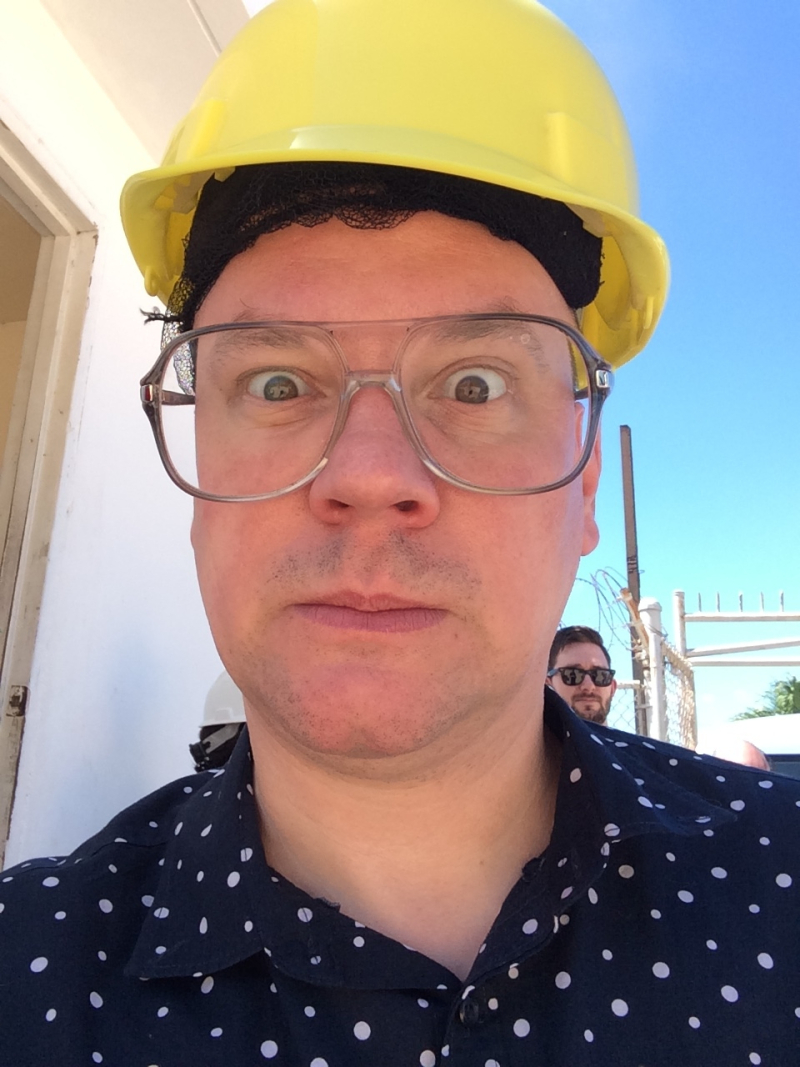 I wonder how many of the technologies utilizing waste from the malt whisky industry can be transferred to other spirits.

Yes we mostly hear about solid waste for whiskey, where here since distillation starts with molasses there isn't that problem. I don't know too much about this issue in rum specifically but one gets the impression that the stillage is pretty intense stuff! I am guessing the place to look would be DonQ rum, where they pay close attention to waste processing.

"Fermentation for their light rums takes 30-36 hours. It's longer for their heavier rums, as that long distillation allows flavors to build up."

Did you mean "long fermentation" rather than "long distillation"?