A First Look at Here's How in Oakland, Jennifer Colliau's Highball Hideaway

Here's How has opened Oakland's busy Uptown district, across from the Fox Theatre. It's still in soft opening mode but will have expanded hours starting pretty soon. Last night I had the chance to check out the bar.

The bar is a project of Jennifer Colliau, long time Bay Area bartender/bar director (Slanted Door, The Perennial, The Interval) and owner of Small Hand Foods, maker of the best cocktail syrups. The bar was announced a couple of years ago and it has been a long slow build-out from the former art gallery space.

Much of the design of the space is tuned for big crowds before and after shows at the Fox Theatre and monthly Oakland Art Walks. The interior is large and open, with a sunny front room, just a few big couches, and a lot of space for standing. There is also a small back room with its own bar. 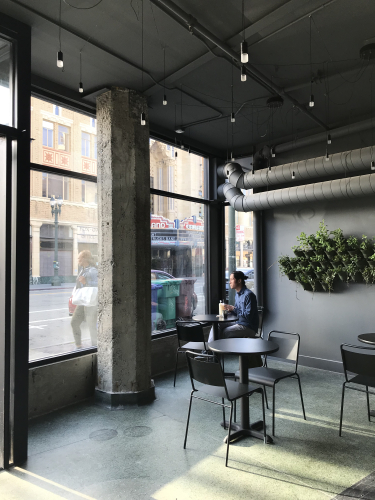 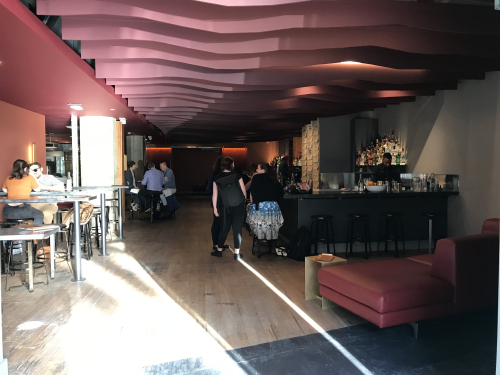 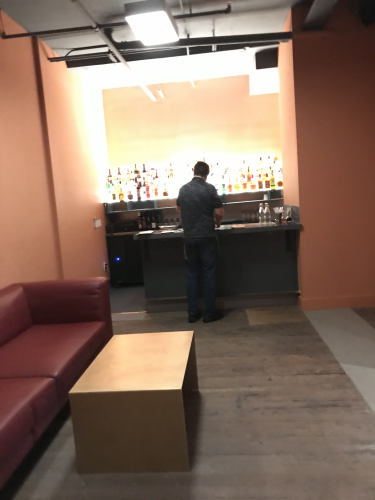 When the expected crowds come in, there are canned cocktails and hand-held credit card readers to speed up service, along with a selection of quickly-made highballs.

Not only are the highballs the regular menu specialty, but the canned cocktails (three currently on offer - one with vodka, a Paloma, and a whiskey soda) are also highballs, just prepped in advance. They are carbonated in a keg then canned, probably about weekly. Colliau says that the lightweight aluminum is a well-recycled material and a point of differentiation from bottled cocktails some other bars are doing, and they hold carbonation well (at least for the week they'll be stored). 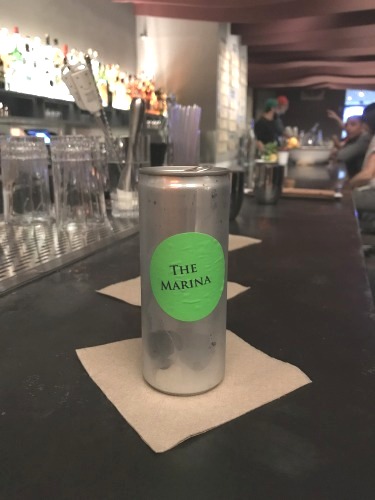 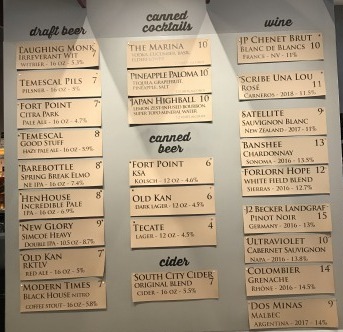 As you can tell, highballs are the heart of the drink program, made possible to Colliau's high standards with a fancier cold plate/carbonating system than you'll find most everywhere else. Not only does it allow for better carbonation in general, it allows her to dial in each soda/highball mix separately, so one drink may have 4.5 parts cocktail mix to carbonated water while another is 2:1.

The core of each of the highball cocktails is a soda. They include a sparkling cranberry (cranberry juice with citrus acids and sugar), a cola (Monin syrup amplified with acid phosphate), a delicious homemade ginger beer, tonic water (made with Small Hand Foods tonic syrup), diet cola, and importantly the house lemon-lime soda. 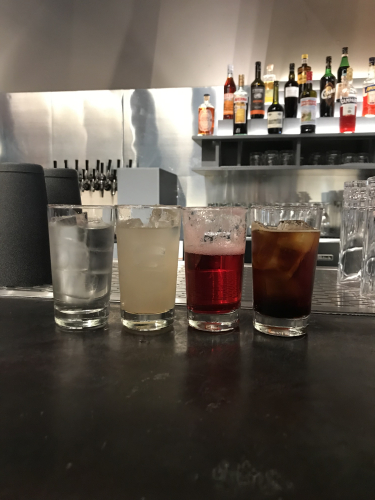 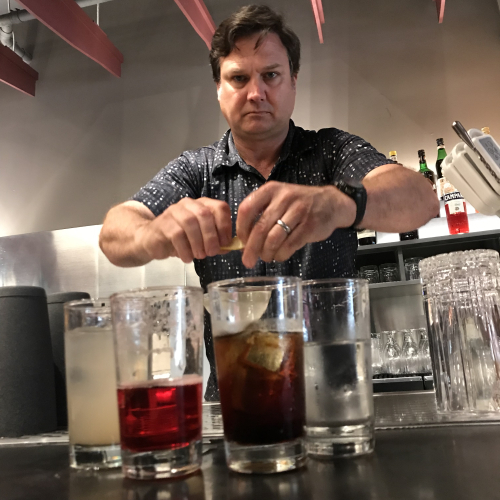 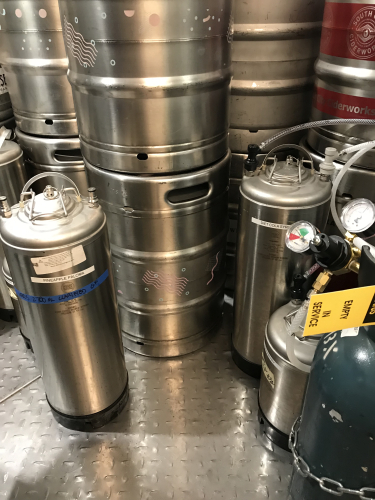 These sodas and highballs don't have fresh citrus as it would oxidize, but use a citrus acid blend (you can read about it in Dave Arnold's Liquid Intelligence; I wrote a great story about it for Cook's Science but unfortunately it's now behind a paywall), which doesn't taste a lot like fresh citrus but especially in the case of the lemon-lime soda tastes a heck of a lot like Sprite. To me it registers at first like fakey commercial soda but after a few sips you get the hang of it and it becomes delightful.

In the case of the lemon-lime soda they not only use the citrus acids, they add clarified lemon and lime juices to the mix: clarified juices can last several days if not longer, and don't oxidize as much. To clarify the juices, leftover lemon/lime juice at the end of shifts is agar clarified to remove solids and extend its lifespan.

This lemon-lime soda is used in their interpretation of the Rebujito, a traditional drink in Spain of fino or manzanilla sherry mixed with Sprite or 7-Up. The Here's How's version is fantastic. 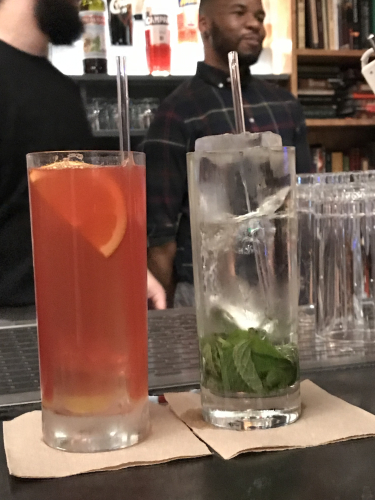 The other highballs include a Batanga (tequila and Coke in Mexico) with added Ancho Reyes and a salt rim, a Madras (vodka, orange juice, and and sparkling cranberry), and a Here's How made with armagnac, lemon, ginger soda, and port wine.  The Here's How doesn't actually come from one of the Here's How books, but from Cocktail Bill Boothby's World Drinks and How to Mix Them. (She says Boothby's formula is terrible so it's a big adaptation with roughly the same ingredients.)

With all the highballs, there is the undernote of those citrus acids, more or less noticeable depending on the drink. I'd recommend starting out with a lemon-lime soda first to acclimate your palate to what's happening before trying everything else.

They also make a homemade version of Topo Chico - a carbonated water with homemade mineral mix (that they supercharged with extra minerals). I always love trying house mineral waters and this is the only one I've had that doesn't taste chalky. A must-try.

The lemon and lime juices aren't the only ones clarified in house. Centrifuge clarification is used for the grapefruit in the canned Pineapple Paloma, and for the whole drink in the canned Marina (vodka, elderflower, cucumber, cucumber, basil, citrus).

For the non-highball cocktails, there are five other drinks: Colliau's Navy Gimlet, made famous at The Interval; an olive-oil washed Martini variation, and Old Fashioned variation with a split base of tequila and rye that surprisingly works terrifically, a mezcal-passion fruit drink that reminded me in flavor format of Thad Vogler's Single Village Fix from Beretta's opening menu (also made with a Small Hand Foods syrup, but pineapple gum), and the requisite tiki-style drink with banana and coconut cream, with a base of cachaca and spiced rum. 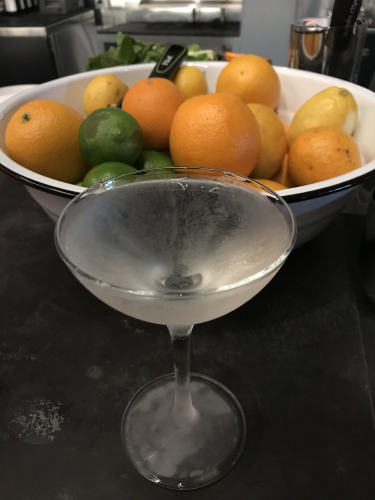 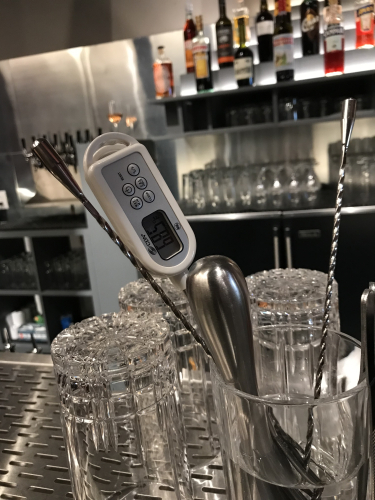 The ice for most of the drinks is cut in-house. They use a system of coolers in their walk-in freezer to make clear ice blocks (the directional freezing method I developed here on Alcademics) and then cut them to size on a band saw; the process visible behind a window into the kitchen area. They gave us a demo of the process but I don't know if this will be done during normal service. 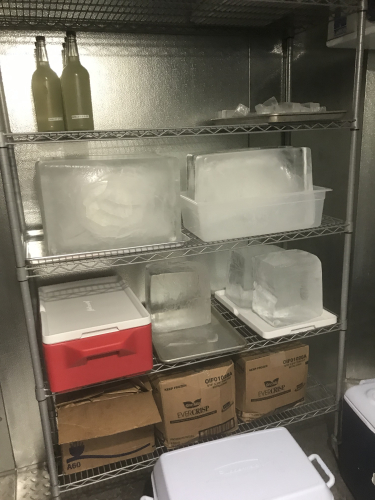 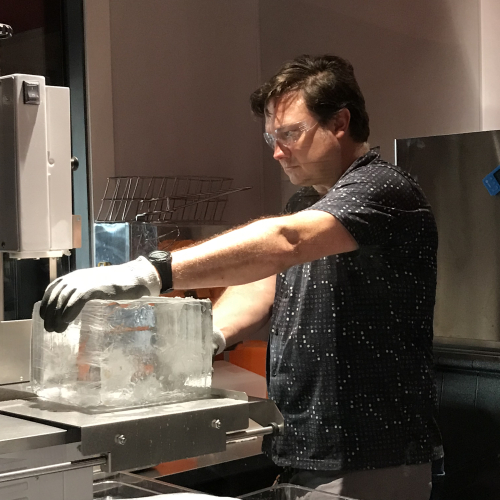 Another touch I really like is that all the drinks are labelled as to their alcohol content - not to the proof of the drink (because you need to take into account a drink's volume to know how much alcohol you're getting in total), but the number of "alcohol units." An alcohol unit is defined as 1.5 ounces of 40% ABV alcohol. (A drink with 2 oz of 40% vodka comes out to 1.3 alcohol units in this system.) I LOVE THIS.

The canned cocktails come in at $10 each, highballs at $11, and other cocktails at $12, so things are a touch less expensive than in San Francisco and you can justify your BART ticket with the savings. Here's How is just around the corner from the 19th Street Oakland station, a 13 minute ride from the Embarcadero. 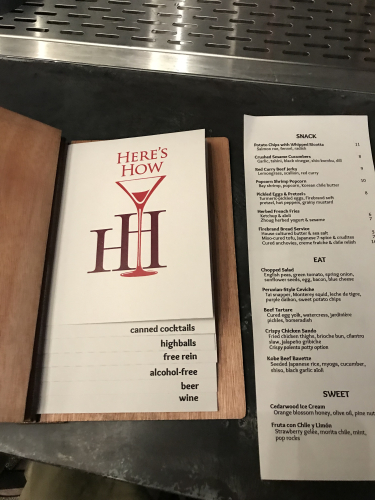 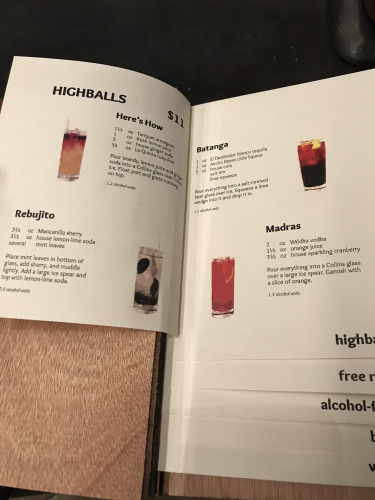 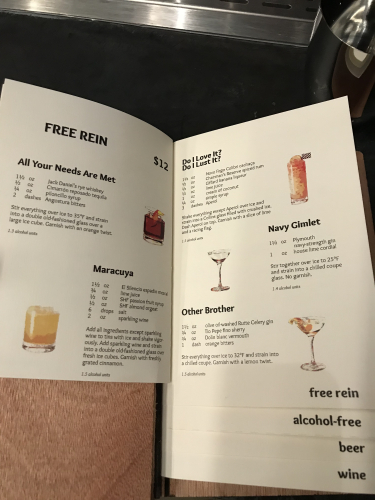 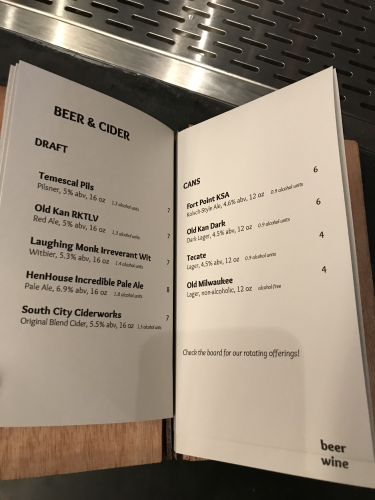 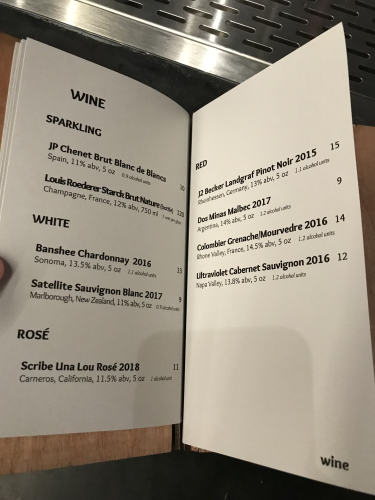