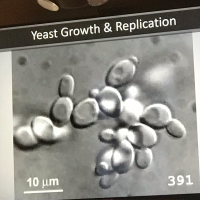 I just attended an amazing talk by Kevin Brent Smith (Micro-Biologist & Distillery Manager - Jack Daniel's Distillery). I wasn't planning on doing a blog post about it but I learned so much I wanted to write it down!

Kevin B. Smith authored the chapter on "Yeast practices in the production of American whiskies" in The Alcohol Textbook.

First up, you may want to review my notes on my visit to the distillery from 2012 to see the production process in general and in order. 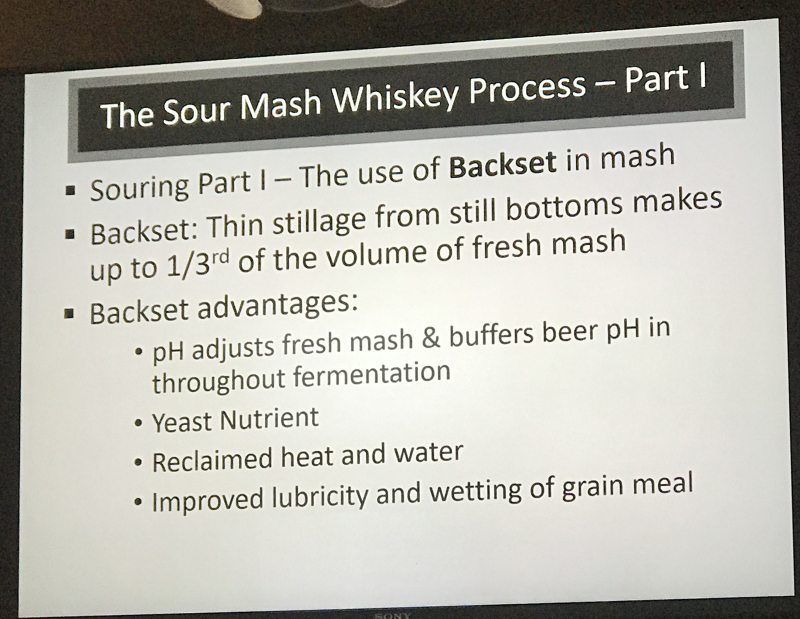 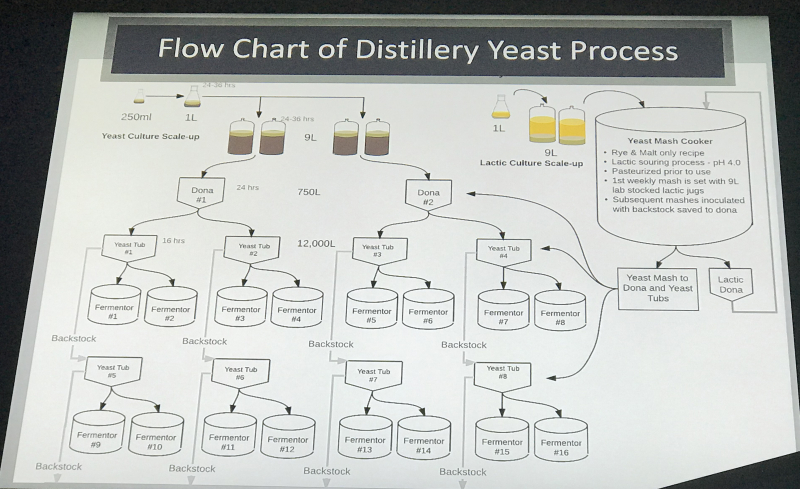 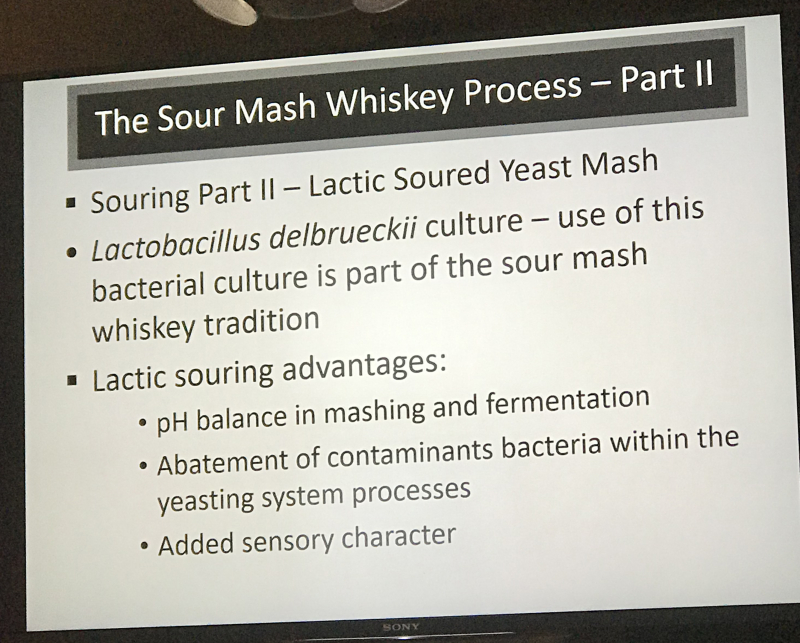 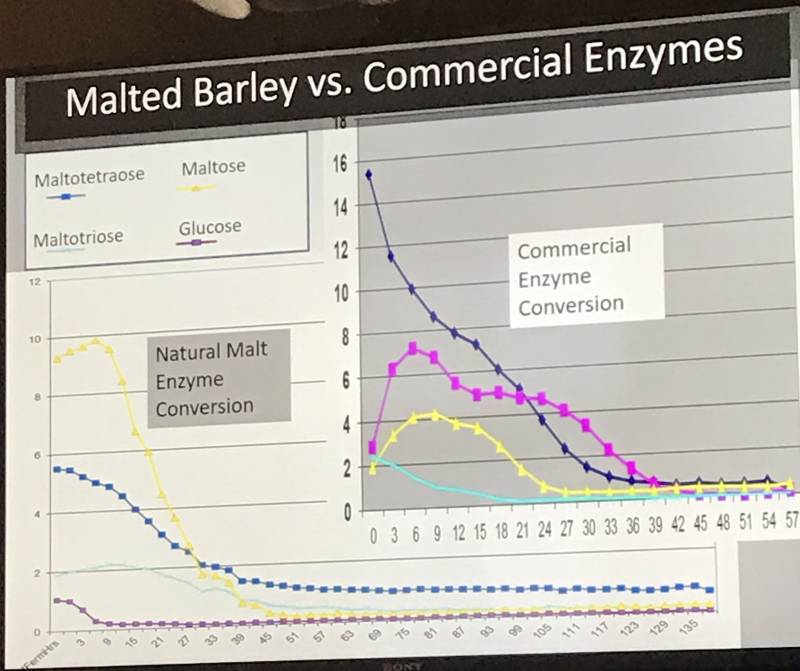 Note that the next three charts are the same, with added information each time. 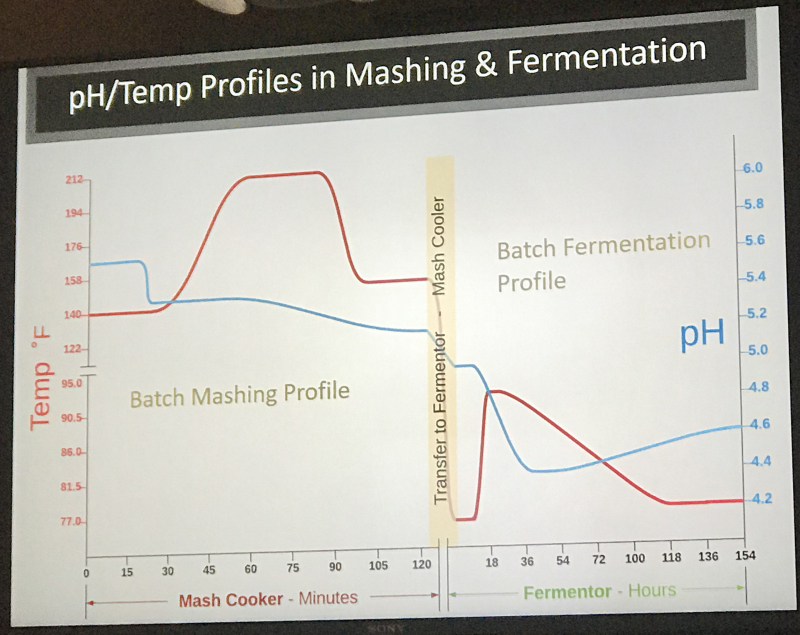 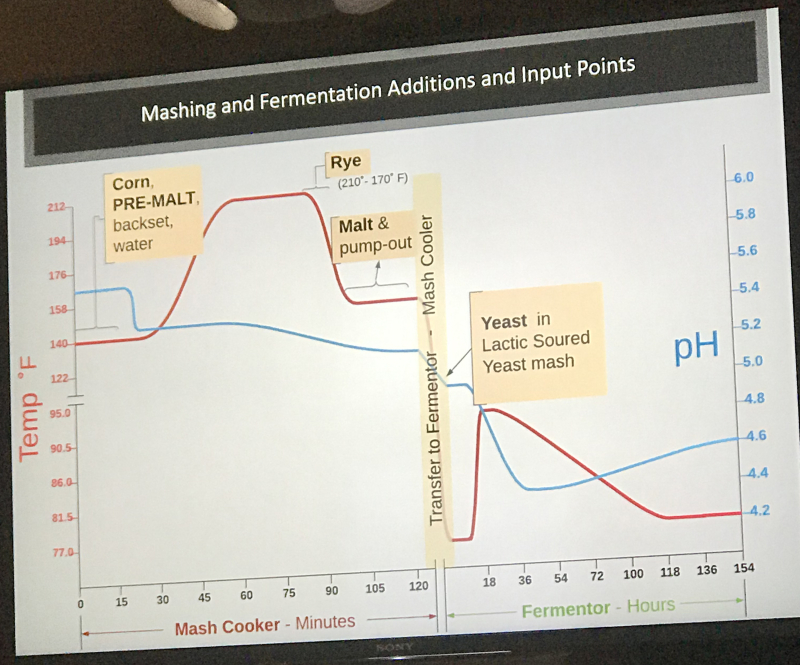 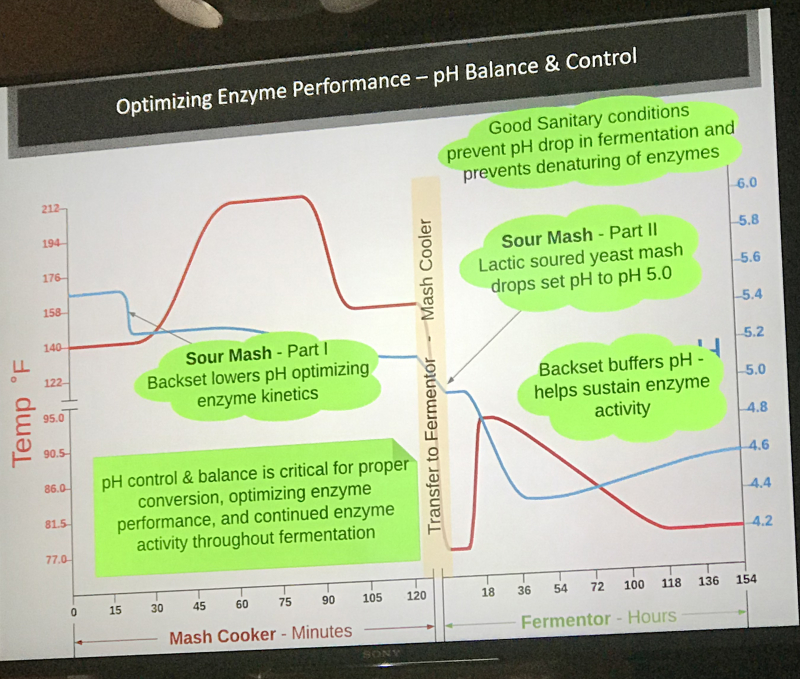 Thanks to Jack Daniel's for a wonderfully nerdy session.

Thanks for writing this up - this was an amazing presentation and I'm so excited to have been there!

This is exactly why I like your blog BEST! Give us more information like this.
Well done. Excited about the possibilities for experimentation.

Are you sure they distill up to 140 proof? That would be a pretty big revelation since everyone had always claimed JD is technically bourbon. But if they distill to higher proof than 125 they can't be.

Bourbon can be distilled up to 160 proof, barrel entry proof is max 125. So it gets watered down after filtering before barrel entry.

That was awesome. Thanks so much for sharing. I'm a huge fan of JD because I'm so impressed by its consistency of product. I especially like their Single Barrel Rye - one of my faves.