A Book of Spells at Grey Tiger in Toronto

The menu is called The Grimoire of Grey Tiger. I had to look that word up. Wikipedia says, "A grimoire is a textbook of magic, typically including instructions on how to create magical objects like talismans and amulets, how to perform magical spells, charms and divination, and how to summon or invoke supernatural entities such as angels, spirits, deities and demons."

For each recipe there is an incantation and a witchy illustration. More pictures here. 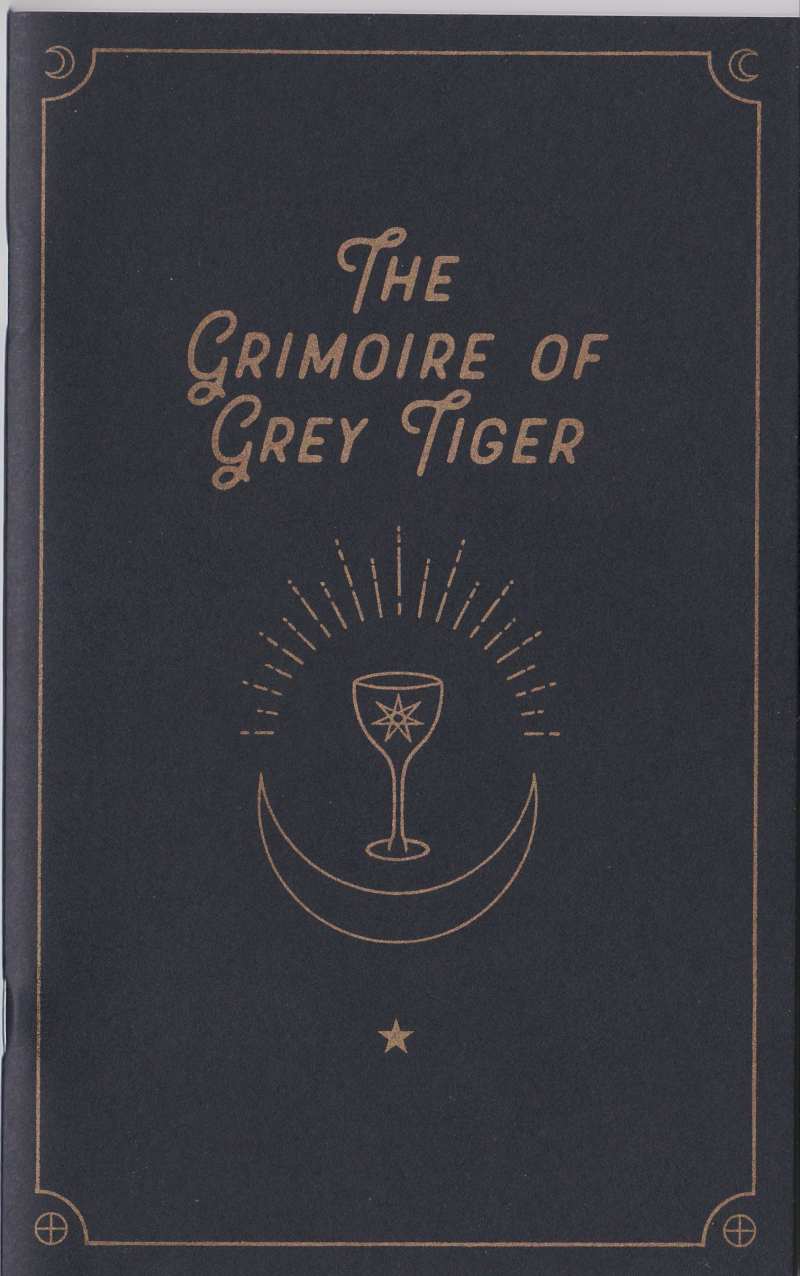 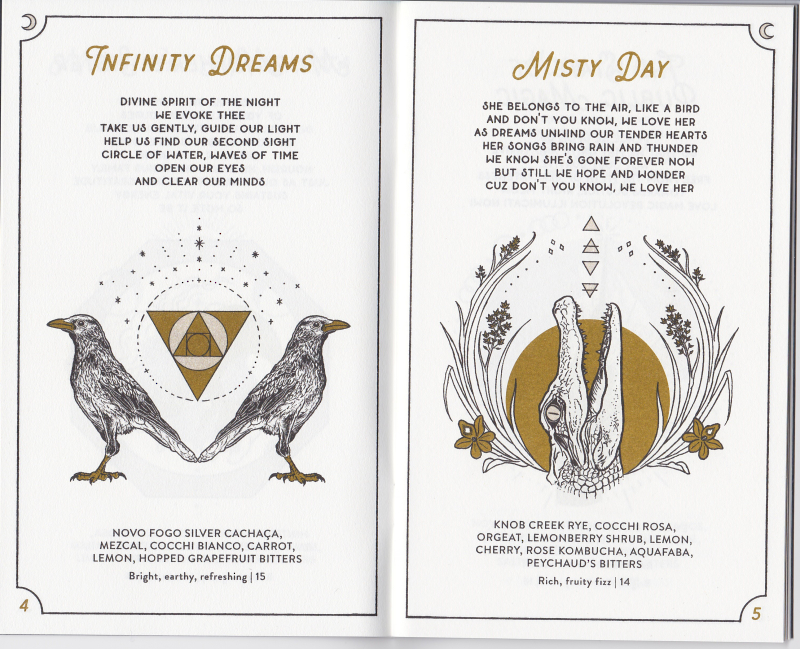 The new menu at Paris' Little Red Door features 10 cocktails, each created around the theme of an untranslatable word. Examples include:

NA'EEMAN  Arabic – A feeling of self-freshness. The Purity and ritual of cleanliness

MAURI  Māori – our connection to the world around us. We share a  force of life, principles, emotions

Scientific and Technological Discovery at Baccano in Rome

The menu is described as, "The new menu at Baccano was motivated by the important discoveries that defined the 20th century. The ability to dream thanks to the magic of cinema, the great scientific advances of penicillin and anaesthesia, the concept of speed, thanks to the increasingly modern automobile, taken a step further with the aeroplane."

Each menu item has a little vignette about the discovery, told through the lense of a bartender's interaction. I love the X-ray story. The images are of the cocktails.

A few days ago, an American tourist came in. I don’t know his name. He always asks for a different drink. His last request seemed a bit strange to me. "I would like something whose color reminds me of the deep color of the universe". I told him that I had to think about it and would let him know. I discovered that he produces large telescope lenses by profession. He told me that it is a booming industry and the success of the Hubble telescope has made him quite hopeful. His 'Hooker' has put an end to the great scientific debate, showing that other galaxies exist other than our Milky Way.

I wonder: how many are we in the universe? And how many universes are similar to ours? I have the impression that a future of great discoveries awaits us in the next few years. In the days that followed I could not think of anything that could satisfy his request. I hope, frankly, that whoever comes after me, reading these lines, has better imaginative skills and more knowledge than I have.

I discovered, with a touch of sadness, a piece of Miss Manzilli's past. She confessed to me that although everyone calls her 'Miss', she is actually a widow. Herhusband fought fifty years ago in the Italo-Ethiopian war and was killed. She was left with a photo of him taken by X-rays, a technique that our doctors were experimenting with at the time. She showed me the amazing photo, revealing a hand, or more correctly the bones of the poor man. You could see the wedding ring on the ring finger of the man. For this reason, Manzilli decided to take off her ring, making it invisible to others. I wonder how many people would use x-ray technology to see through others. 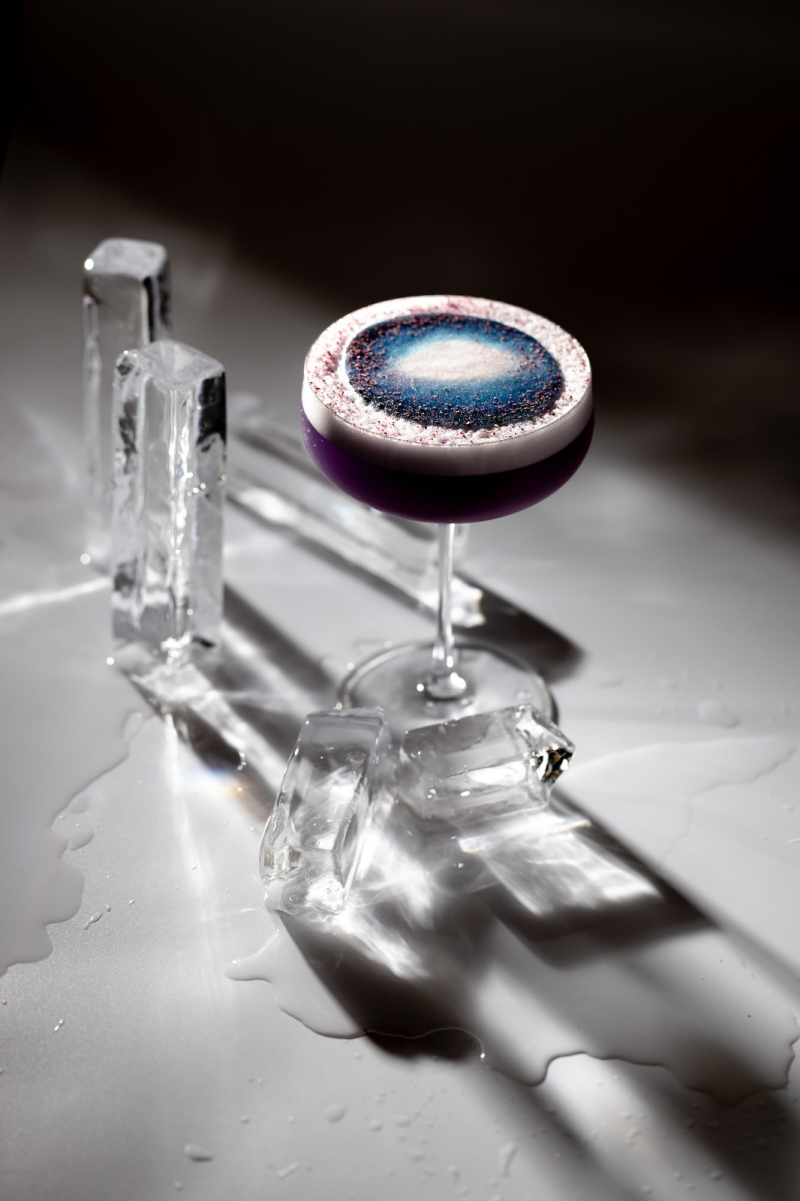 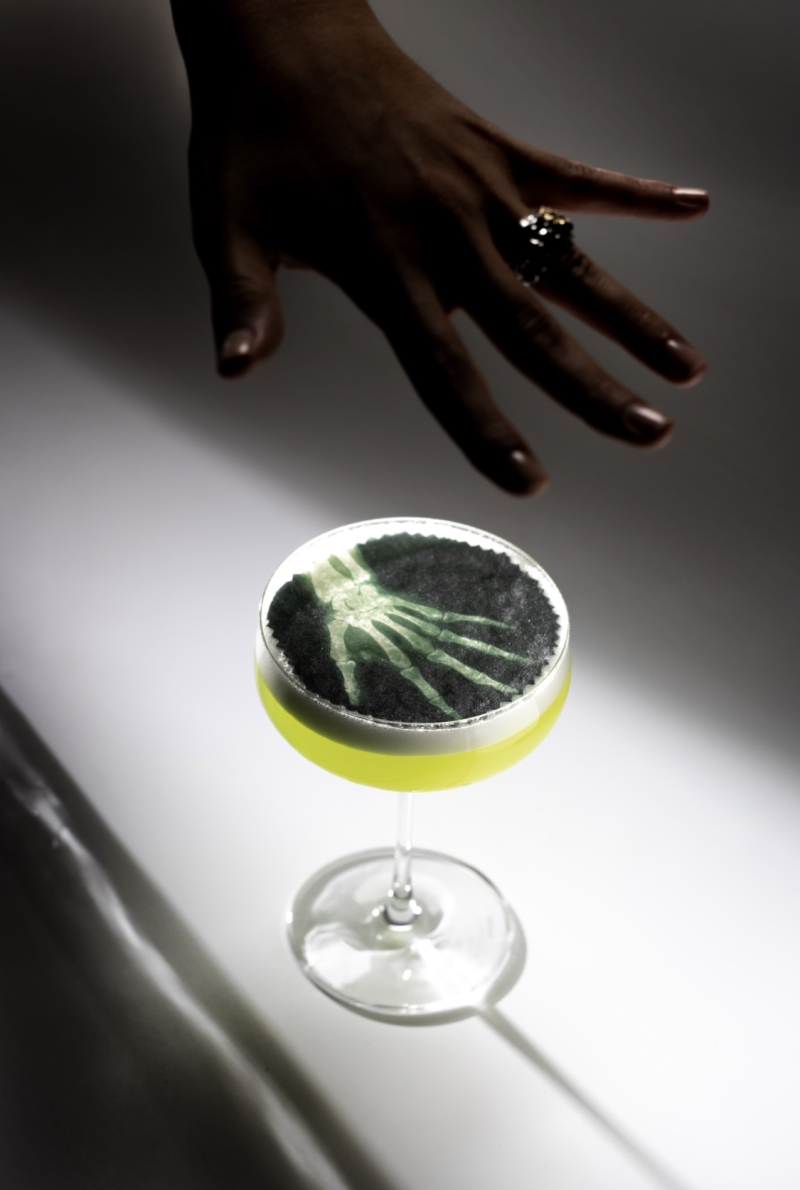 Cocktails with a Soundtrack at The American Bar at The Savoy Hotel, London

"Paying homage to the legendary musicians and songwriters that have entertained guests in the bar for decades, ‘The Savoy Songbook’ will be a collection of twenty  cocktails that have been created with the bar’s most iconic songs in mind. And in an industry first, the menu will be  launched with an accompanying live album, recorded by the American Bar’s resident piano player, Jon Nickoll.

The structure of the new menu mirrors the track listings of an album, with each cocktail’s title playfully referring to a  memorable line in the song that provides its inspiration. The songs themselves, their lyrics, melodies and soulfulness  are reflected in the ingredients, styles and spirits used in the drinks. Jazz standard ‘Beyond The Sea’ inspires  Somewhere Sailin’ a moody cocktail that reflects the tempestuous nature of the ocean, while Sun, Sun Sun, based on George Harrison’s uplifting track shines with sunny flavours like orange blossom, yuzu wine and lime. Sharing  cocktail, I Love You… inspired by the famous Nancy and Frank Sinatra song, ‘Somethin’ Stupid’ is a cocktail duet and Electric Lover, a riff on Prince’s modern classic, ‘Purple Rain’ understandably has glitter as one of its ingredients."

You can listen to the soundtrack to the cocktails here. 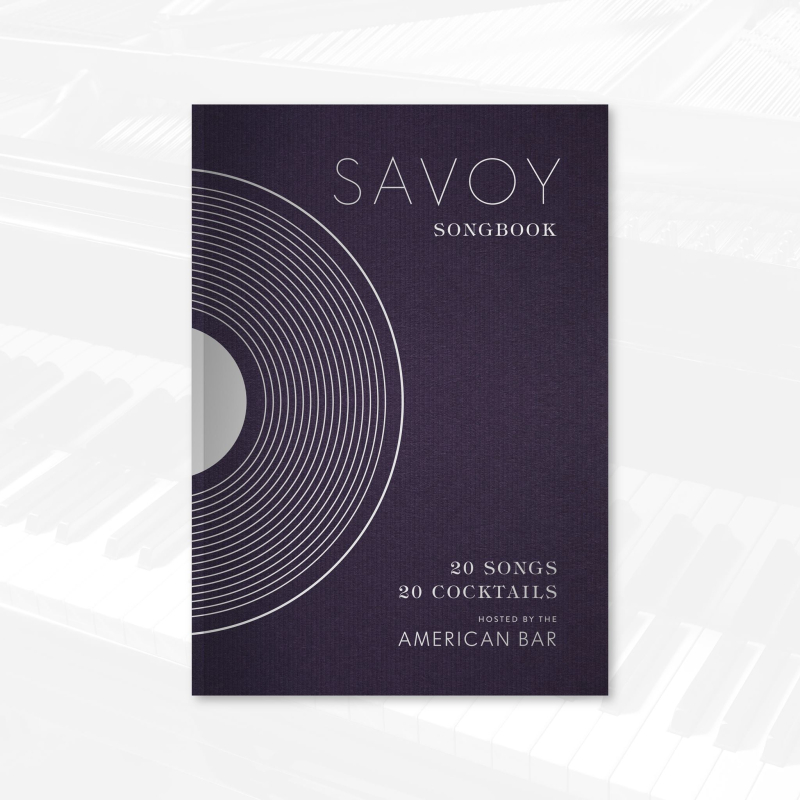