I visited San Diego for a quick 30 hour trip this week to give a talk about CocktailSafe topics to a regional meeting of the US Bartenders' Guild, and had the chance to run out to three bars. The last time I was in town was about 7 years ago before Polite Provisions was open, so I was long overdue for a visit.

San Diego loves a bar inside a bar. They have Noble Experiment inside Neighborhood (which I hear may be closing), False Idol inside Craft & Commerce, and two that I visited - Realm of the 52 Remedies inside the pub-like Common Theory and Raised by Wolves inside a liquor store in a shopping mall.

With a design theme somewhere between a spacious apothecary and a private gentleman's club lobby, Polite Provisions features lots of heavy ironwork and a marble bar top. The image I always see of this bar is of the row of beer and draft cocktail handles, but I had no idea the room has skylights and a wall of windows facing to the street. It is a delightful place for daylight drinking- and that's just what I did. I had bartender Dylan, a recent San Francisco transplant to ease my transition into the exotic land of San Diego.

I had a Dreadlock Holiday [menu here] with Jamaican rum, suze, blanc vermouth, and pineapple liqueur, plus a quick selection of draft cocktails that were each delightful.

Of the three bars I visited, this was the most casual and low-pressure, with a no-reservations policy. 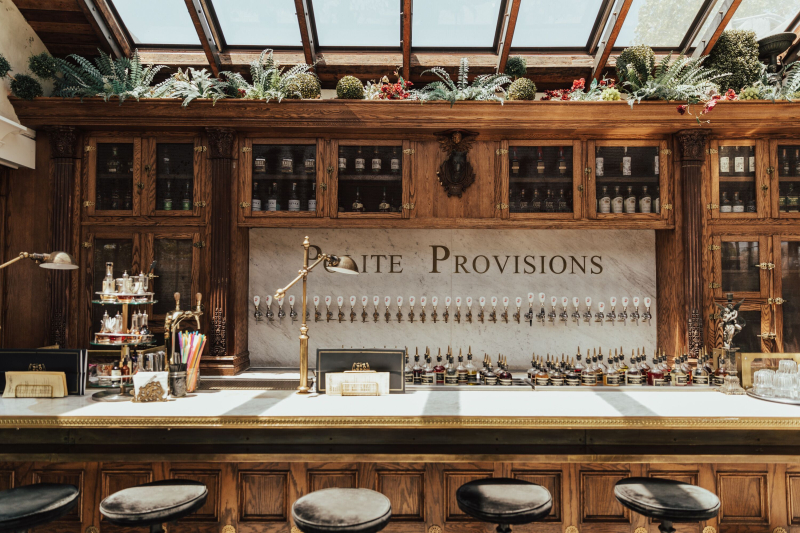 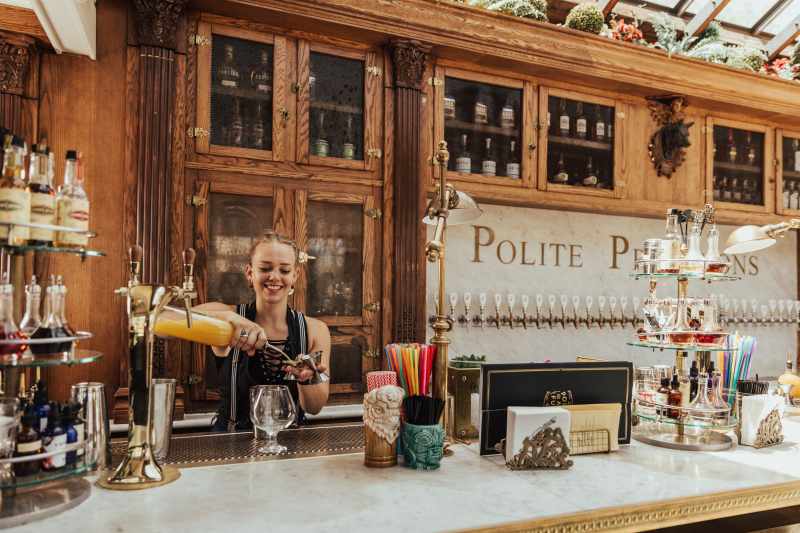 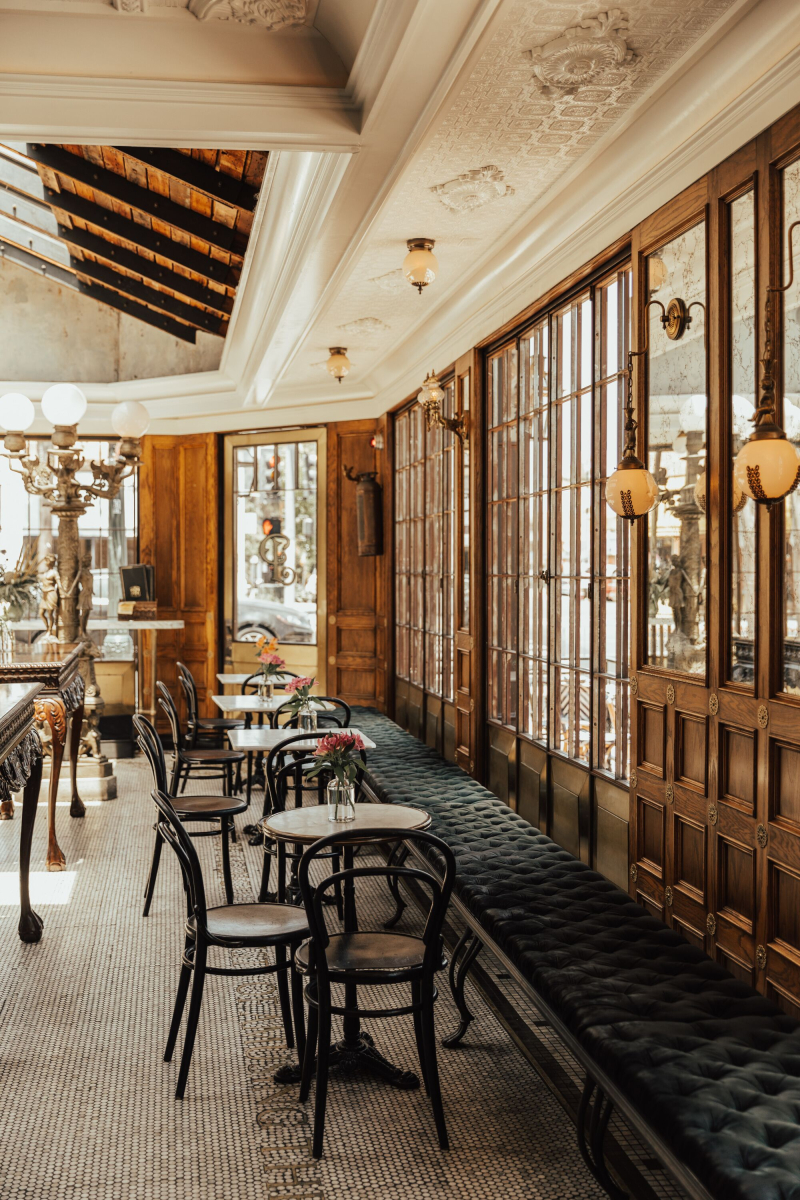 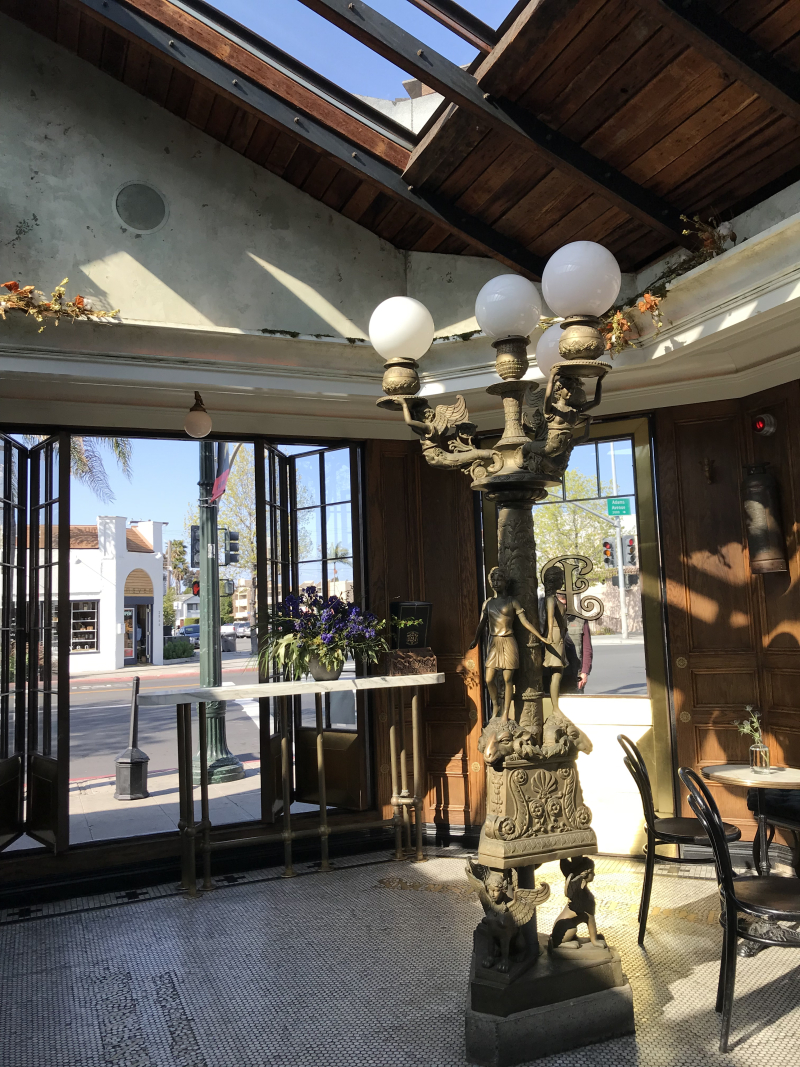 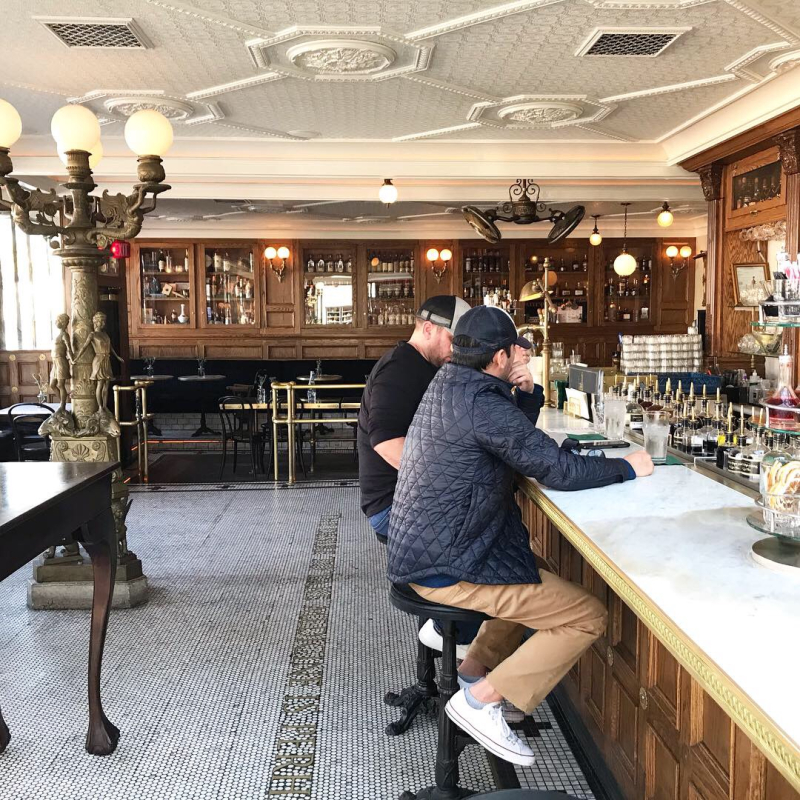 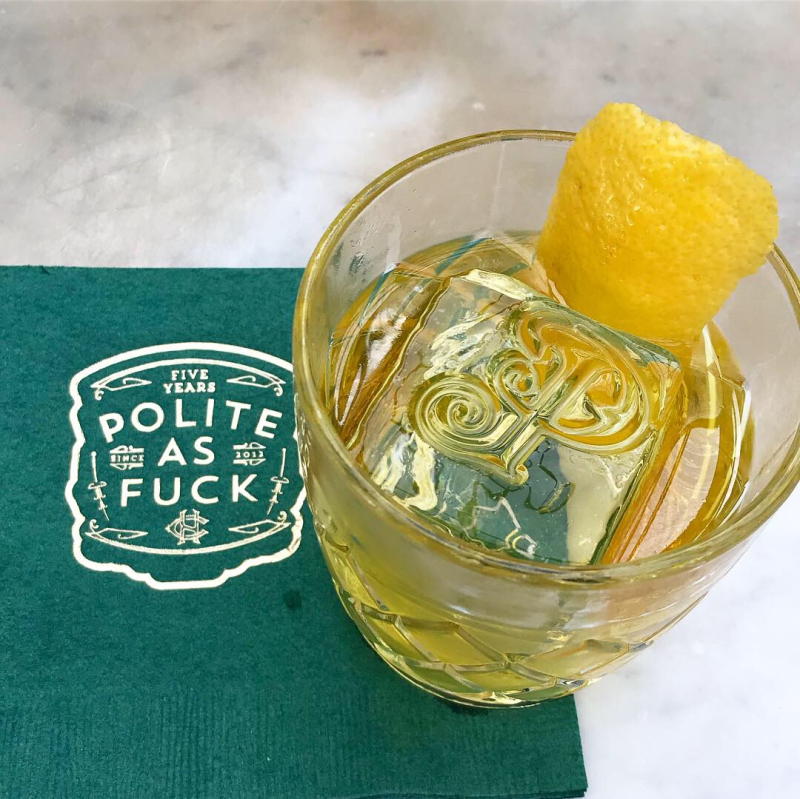 Realm of the 52 Remedies

Both this bar and Raised By Wolves are further afield than I'd probably get in San Diego if I wasn't a bar nerd. Realm of the 52 Remedies is a bar inside another bar, Common Theory Public House. The big square beer-centric pub in a plaza has a couple of couches stowed off in a corner, which serves as the waiting room to Realm.

The host brings you through an entrance into a disorienting white foyer with shelves lined with herbal medicines. They introduce the concept, that the bar is based on an ancient Chinese scroll of 52 remedies. They have you place your hand on a place on a wall and the door pops open. You follow a short path into the actual bar, which is as much a movie set as it is a lounge. There are several seating areas and one main bar with a stunning backbar to it. The lounge is mostly seated-only, with a small place for a few people to stand in front of one bartender.

I ordered the baijiu cocktail on the menu (of course) a drink made with baijiu, rhum agricole, green tea, banana liqueur, and lemon; topped with salted cream cheese. It was fantastic, the tannins in the tea and the grassiness of the agricole a nice balance against the fruitiness of the baijiu and banana. At Lead Bartender Chris Lee's suggestion, I followed that drink up with their take on the Boulevardier,  a pleasantly bitter and dry balance to the first cocktail.

(photos provided by Realm of the 52 Remedies) 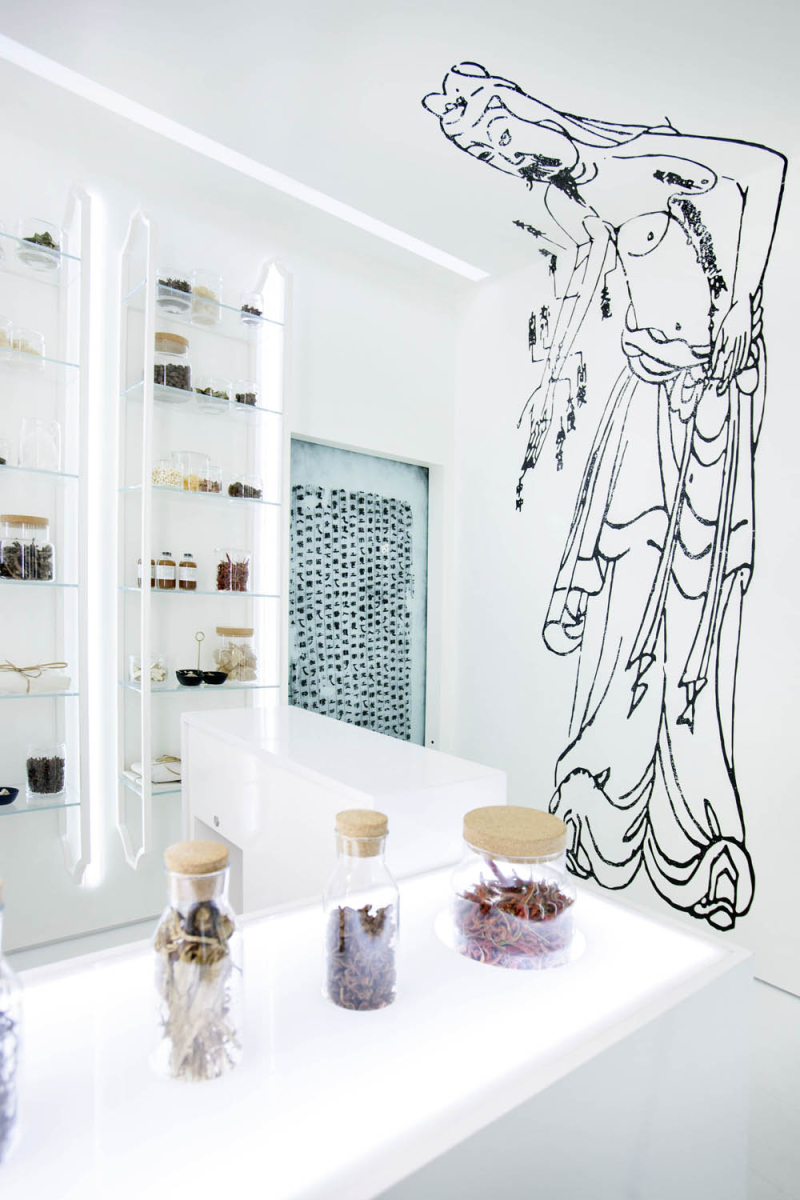 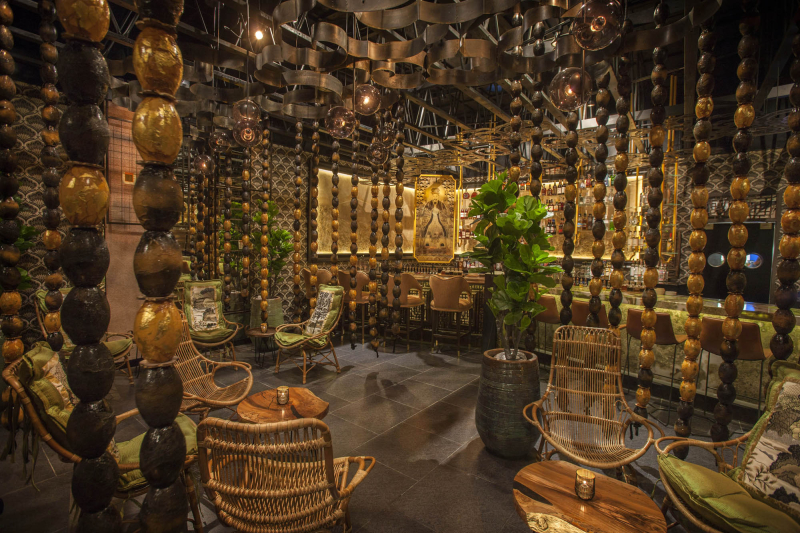 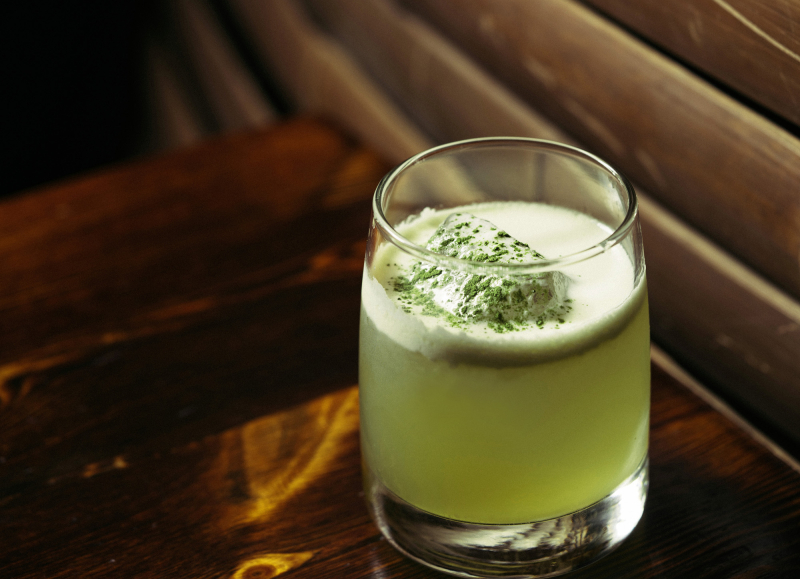 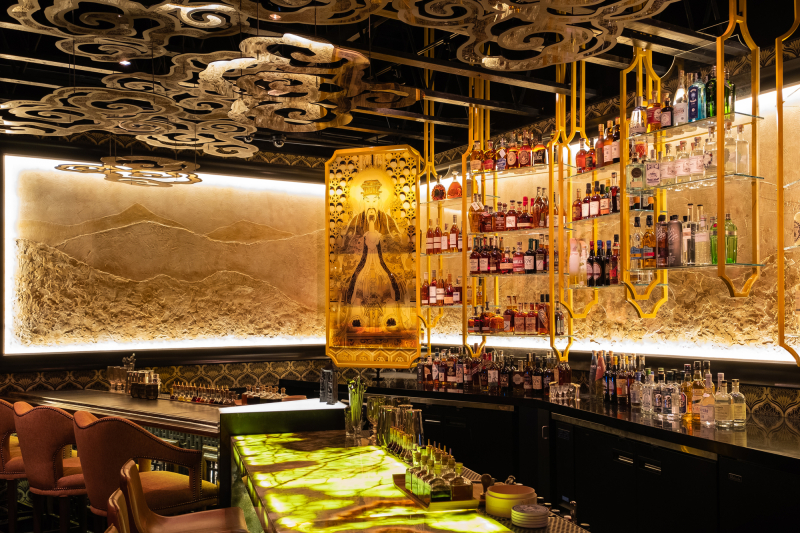 This venue is not so much hidden as it is a bar with a hidden entrance. Raised By Wolves is located in a super fancy outdoor shopping mall and has very visible blue outdoor walls that look like they belong on a British gin palace. The entrance is a small liquor store with a great but not huge selection of high-end spirits and barware.

To enter, you sit on a chair on one side of a fireplace- the whole thing rotates through the wall to take you into the main bar. Inside, the room is circular with a central bar and fountain atop it. Most of the seating is at outer plush sofas and chairs; the attention of the room directed inward toward the bar. Ludicrous! I loved it. was sitting at the bar in front of bartender Laura who was hauling butt the whole time.

They set me up with a selection of cocktails. A very large selection, so I won't be able to name the half of them. Some I liked (menu on the site):

Among many, many others.

It's well worth a special trip should you find yourself in town. I'm sure I'll find myself back in town for another visit shortly.

(photos by Zack Benson for Raised By Wolves) 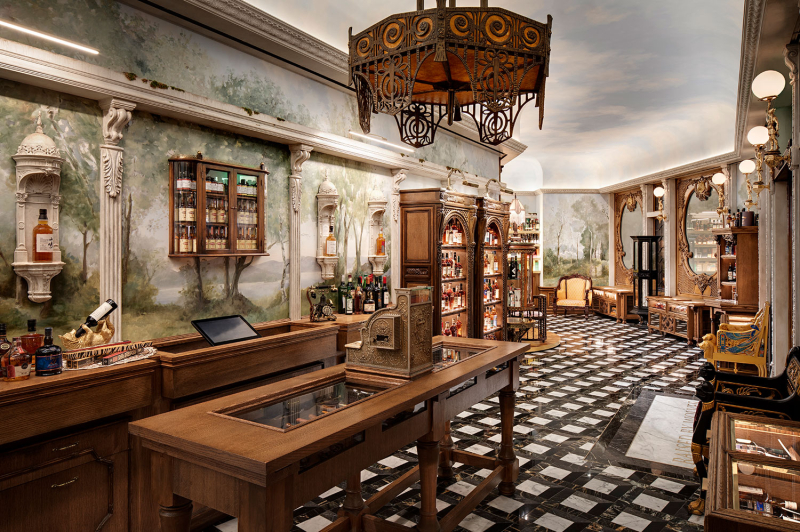 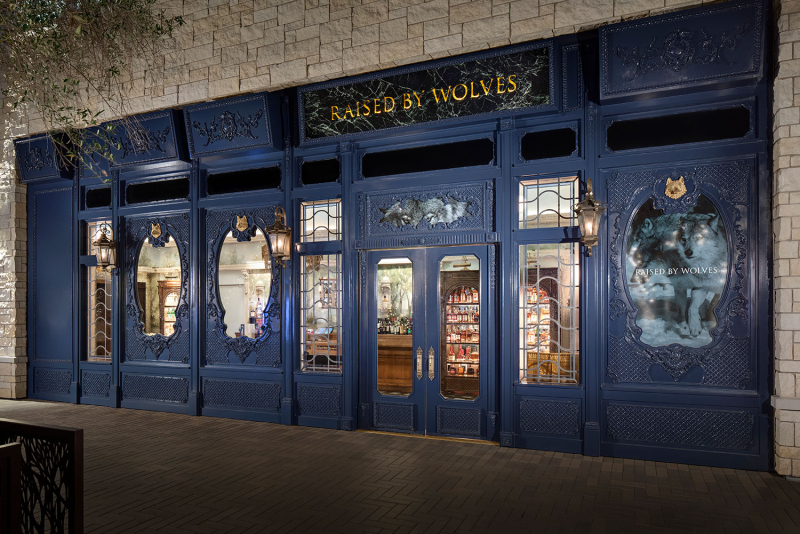 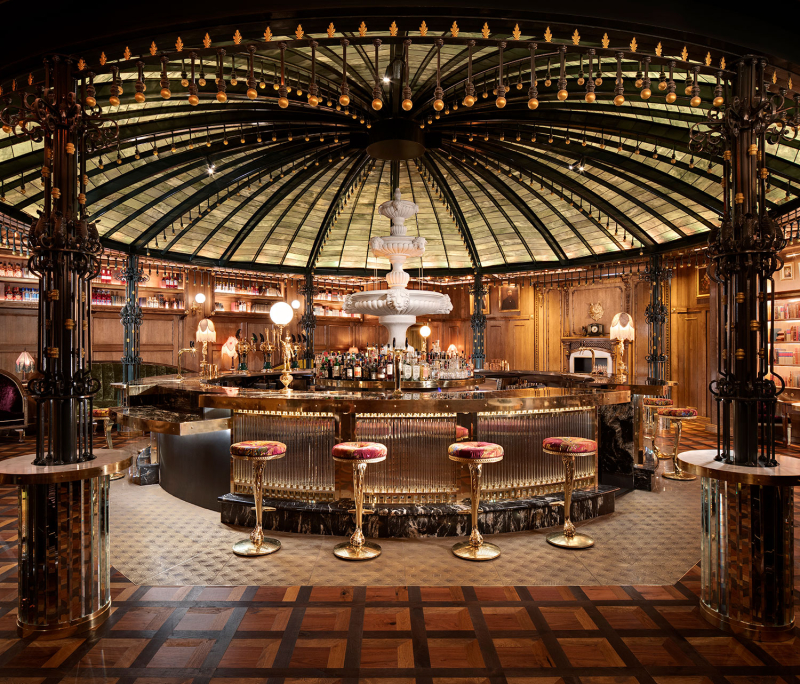 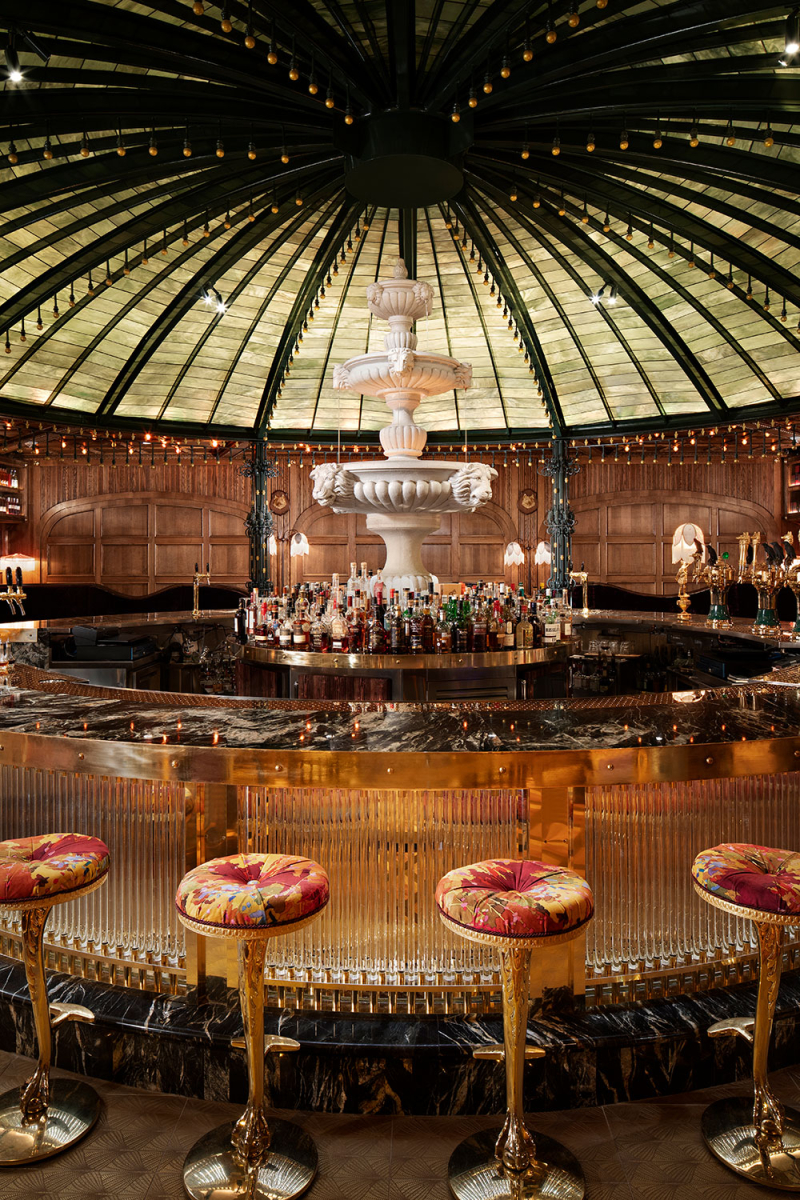 What I like about these bars is that in the cocktail renaissance there have been two dominant design styles and themes: speakeasy for the first ten years and tiki ever since. San Diego is showing that theme bars are still very much in vogue, but the themes can vary from the old standards.

Thank you so much for visiting The Realm of 52 Remedies; we are proud, thrilled (and honored) to be included in such a prestigious list!