A Few Pisco Drinks at Kaiyo in San Francisco

Kaiyo is a seven month old restaurant in San Francisco's Marina District with "the food and drink experience of the Japanese journey in Peru."  I stopped in to try the pisco cocktails and speak with manager Debora Fernandez.

Lately I've been contemplating the relative disappearance of pisco from cocktail menus, particularly in San Francisco where it has such a strong history. I wrote about the Pisco Punch and the Clampers in 2009 for the SF Chronicle, and in the same newspaper in 2011 how pisco selections had expanded from just acholado to multiple varieties. In 2014, I visited Pisco Porton (now Caravedo)'s amazing distillery in Peru.

Pisco was going to be huge.

It seemed back in those days, every San Francisco bar had at least one pisco cocktail somewhere on its menu, but in recent years it's rare to find any outside of Peruvian restaurants. Mezcal has definitely overtaken pisco (and cachaca) as the white spirit alternative to gin and vodka. 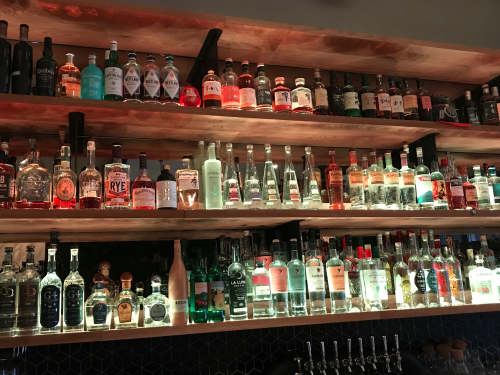 In any case, Kaiyo doesn't shy away from the pisco, and in fact uses a range of brands and varietals in several cocktails on the menu. Here are the drinks I tried:

This cocktail created by Fernandez is the star of the menu. It's all light floral (but not perfumy) flavors bound together with the rice milk. Just a truly wonderful light punch-style cocktail. 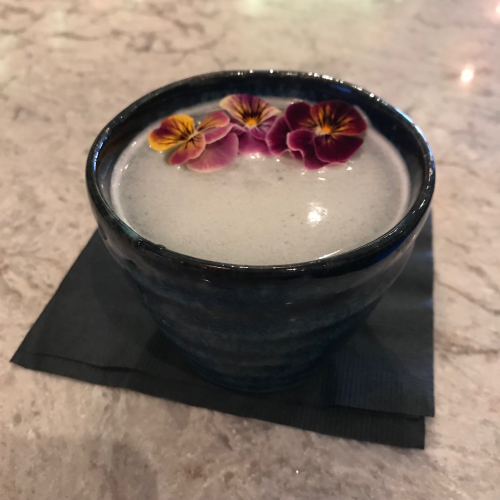 This drink was created by Helen Diaz and Anthony Parks who consulted on the menu. As the menu evolves more of Fernandez' cocktails will take their place. This cocktail looks like a Pisco Sour but it's so much improved with the fruity Hitachino beer and apricot. The mezcal is used as a light touch and gives the drink a nice depth. 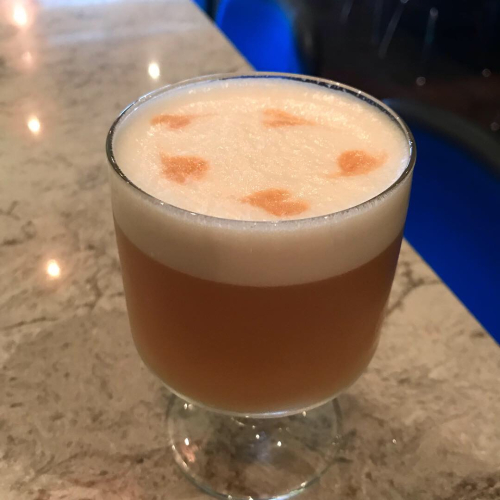 I was mostly curious about the maiz cream in this drink - turns out it's a mix of corn, coconut cream, and a touch of lime. While I wouldn't call this tropical, the coconut cream gives it a little wisp of island flavor. 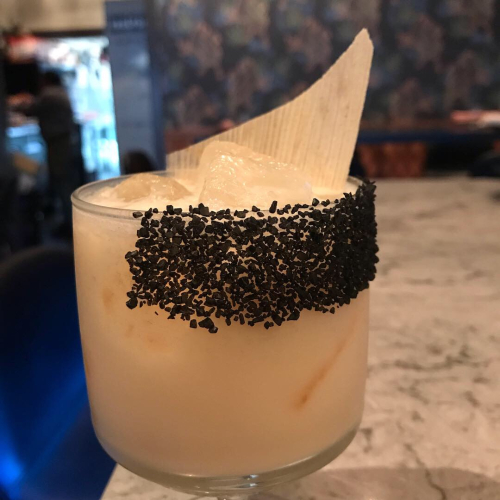 There is also the Artemis & Luna cocktail with Macchu Pisco Quebranta, Eiko Fuji Sake, and blanc vermouth that I did not try. Fernandez made me an off-menu cocktail (formerly on the brunch menu) that was made from nori-washed pisco, cachaca, Benedictine, and a touch of sesame oil. It was a fantastic and savory stirred drink, hopefully it will pop back up on the regular menu (it's a bit intense for brunch) this summer. 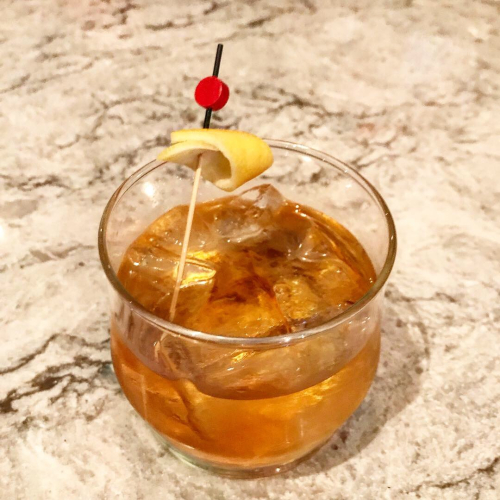 The cocktail menu is below. 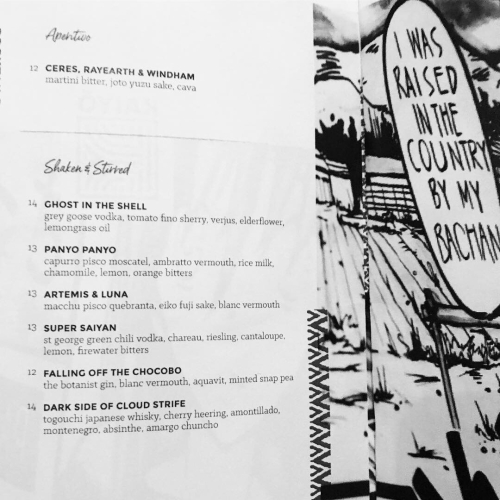 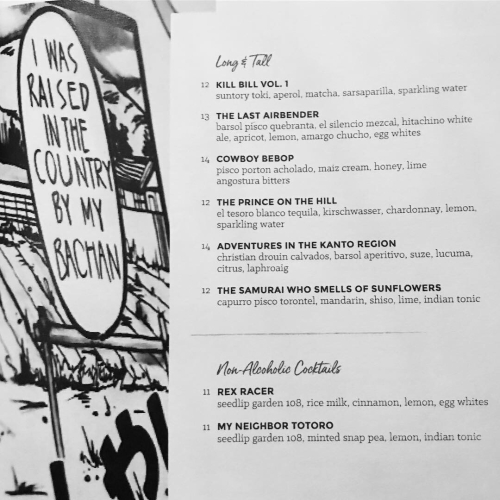 It is currently not being imported "due to challenges in Peru." Not sure what that means but that's why you can't find it. Alas!

Have you tried School Night in Dogpatch? Pisco is still a strong presence on their cocktail menu.

Shamefully I've not made it there yet! But yes, thankfully for all of us Enrique loves pisco.