Moving on from the World's 50 Best Bars 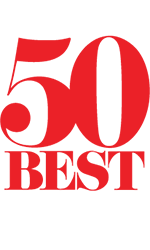 Since 2011 I have been a polling coordinator- a person who chooses the judges- for the World's 50 Best Bars. I have just received notice that they'll be using a new polling coordinator in the US/Canada going forward, so I'll just be a voter myself (if they'll have me).

I was first asked to help build out the voting panel globally by Lucy Britner, then an editor at Drinks International Magazine that was the creator and owner of the awards. I met Britner the previous year at a cocktail competition where she saw I had a large network of international bartenders. It was a good fit as they wanted to grow the list into what it eventually became.

At first I was a global polling coordinator, reaching out to bartenders, brand ambassadors, cocktail journalists, and other cocktailian world travelers I knew in every country. To toot my own horn a bit, my selection of global contacts (in part, I was not the sole coordinator) helped grow the reputation of the W50BB list into the most respected list of its kind over the next few years. Not only was my reputation as an honest and thorough journalist good for the credibility of the list, the judges I chose brought the same qualities to the voting panel.

I still think that you can argue with the selection of bars that win, the voting procedures of one list versus another, and with ranking bars in lists like this in general, but it's impossible to deny that the voting panel is solid. (Actually it might be possible to deny it now - the list of voters used to be public but no longer is, in order to prevent any potential bribery. But I'm telling you as of 2018 the voters were the best of the industry.)

Later I was assigned the role as polling coordinator just of the US and Canada, which was still a ton of work to ensure we had voters from every region of the countries and not just 100 voters from New York. In my last year of the gig, I achieved just under 40% female voters (not perfect, but pretty good).  The European poling coordinator was and still is Hamish Smith of Drinks International, and we both worked incredibly hard on the back end to ensure the list was always fairly executed. We had many wonky conversations about things like "can you vote for a bar inside another bar, or is that considered the same bar?"

The World's 50 Best Bars was purchased by William Reed Media, owners of the World's 50 Best Restaurants list, in 2017. The restaurant list works a bit differently, with unpaid regional polling coordinators. It seemed clear with the new management that they wanted to work differently, bringing the bar list more inline with the restaurant one, and that my time as US/Canada polling coordinator would eventually come to an end. It did, and the 2019 list will be handled by a new polling coordinator. I will leave it to that person to announce their involvement, as I'm not sure how they intend to move forward with choosing voters but the contact page is here if you have questions.

So for all my past voters, thank you for honesty and for meeting your voting deadlines, even if it took a few reminders for most of you :)