Drinks International Magazine today announced the result of a new list they created, the Bar World 100. The list is a ranking of the 100 most influential people in the global drinks industry, under the direction of DI editor Hamish Smith. (Smith and I worked closely on the World's 50 Best Bars list for many years.)

You can view the entire special edition of Drinks International's Bar World 100 here. 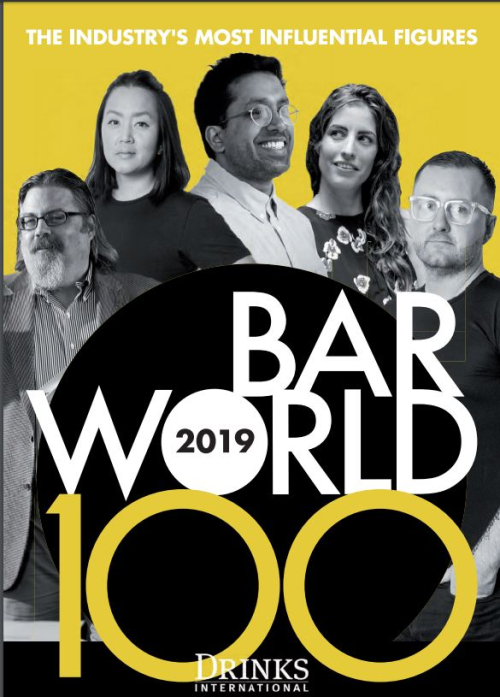 The voters included media, consultants, brand reps, and others. The criteria were for people who inspire the industry, push it forward, and address important issues.

I'm delighted to have been named the 39th most influential person on the inaugural 2019 Bar World 100 list. Hooray! 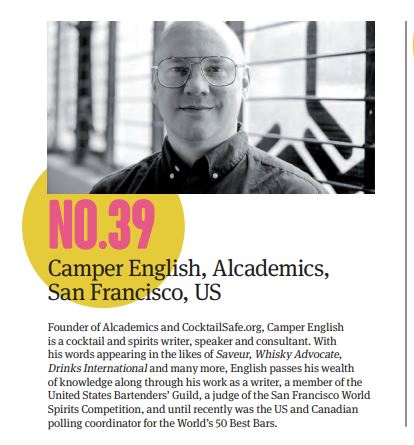 Though not mentioned in the writeup, about 90% of my "influence" is probably due to all my research and writing about clear ice. 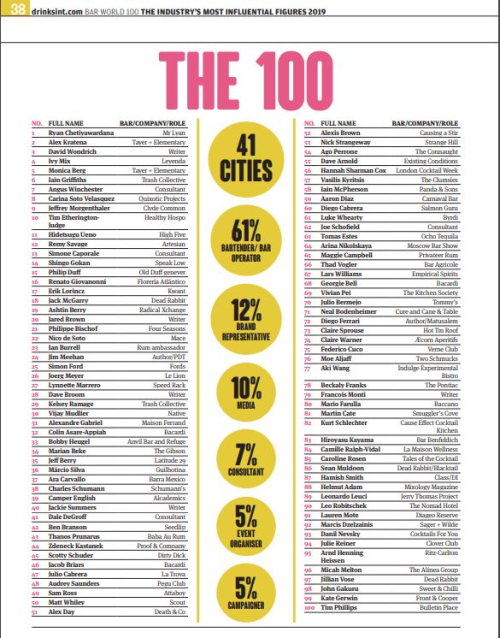 Tooting my own horn a bit more, being a writer on this list is a distinct honor. Writers and authors above me include David Wondrich, Jared Brown, Jim Meehan, Dave Broom, and Jeff Berry - though probably half the other people on the list have a book coming out within two years. And as a journalist, well, I'm feeling pretty great about my ranking.

Of course, lists are just lists and hopefully nobody on it (or not on it) takes too seriously their placement. I do work my butt off and it's wonderful to be recognized.

So, congratulations to me and to everyone who works hard in the booze industry not only to cash a check and party hearty, but to take something they love and try to make it better.