I have just returned from China where I was a judge of the inaugural Shanghai Shake cocktail competition sponsored by Camus cognac.

For the first year of the competition, there were competitors chosen from six different international regions in top markets. Each had won a regional competition with a variation on a classic cocktail. For the global finals, in the first round they had to recreate their same classic-inspired cocktail. 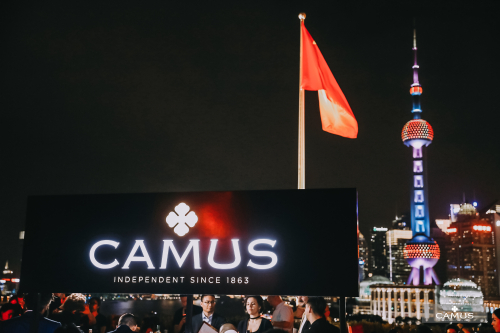 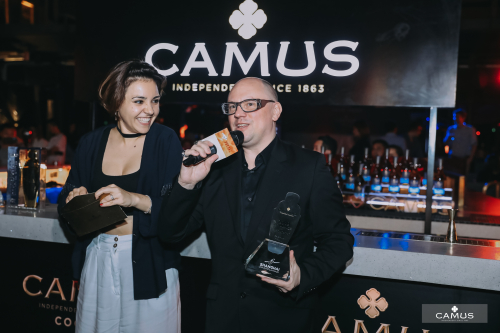 All images provided by Camus

Colin Li from the Waldorf Astoria in Chengdu, China made a variation of an Old Fashioned with Camus VSOP, osmanthus blossom liqueur, rice wine, lemon juice, and orange blossom and elderflower syrup.

Fabio Sajeva from Bar Basil in Shanghai, China made a take on the Brandy Alexander with Camus VSOP, Sichuan pepper and vanilla infused creme de cacao, topped with amaretto foam.

Alexander (AJ) Delgra from Cowan's Public in New Jersey, USA also made a Brandy Alexander variation but with Camus VS,  coffee liqueur, amaro, and mole bitters.

Pierrick Baudry of Maison Souquet in Paris, France made an Old Fashioned variation with Camus VSOP and Camus Ile de Re Fine Island along with saltwort saffron syrup and barrel aged vinegar. 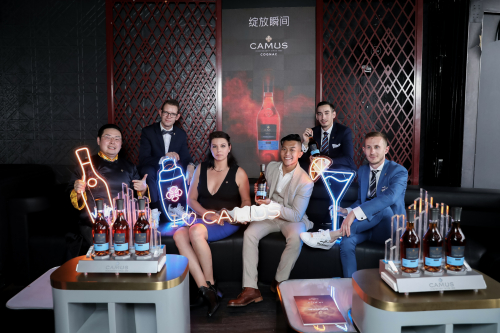 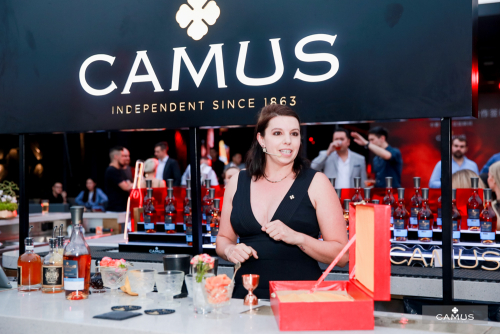 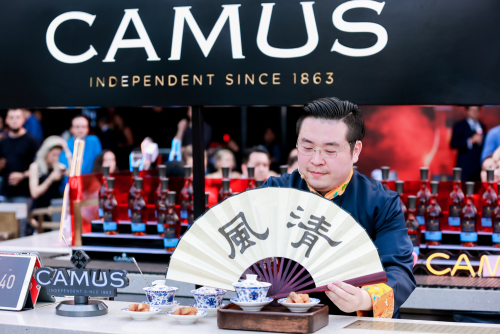 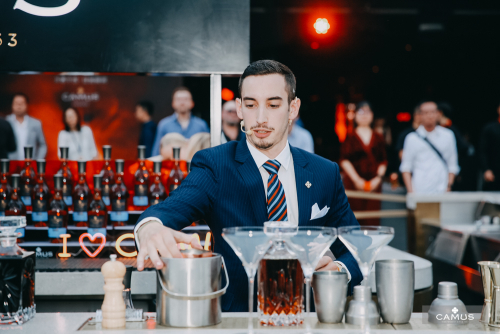 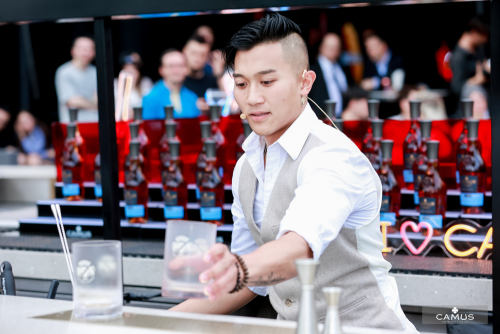 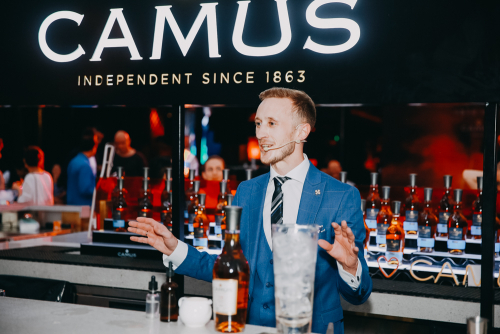 My fellow judges were Cyril Camus (president of Camus), Geo Valdivieso (Camus global brand ambassador), Irina Chesnokova (Russian actress and host), Christian Davis (Drinks International Magazine editor) - a real international gang. The scoring was interesting too - among other factors we had to score on whether the drink was a "true twist on a classic" and also whether it was creative/unique. These might seem at odds but really it's just a fine line - a creative but recognizable variation on a classic. 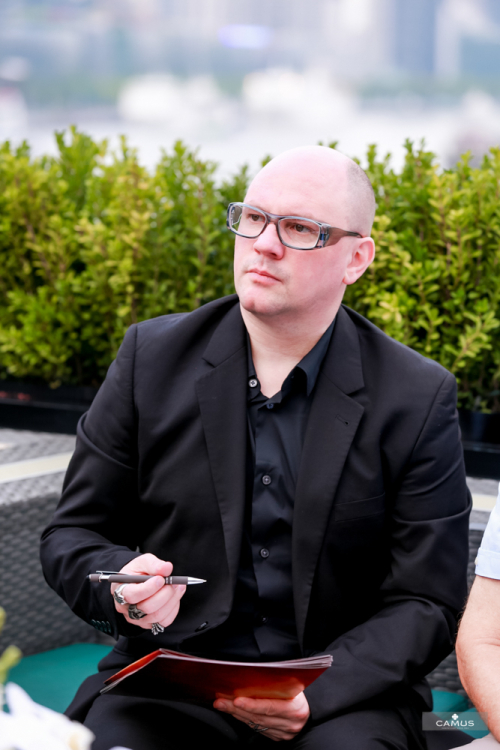 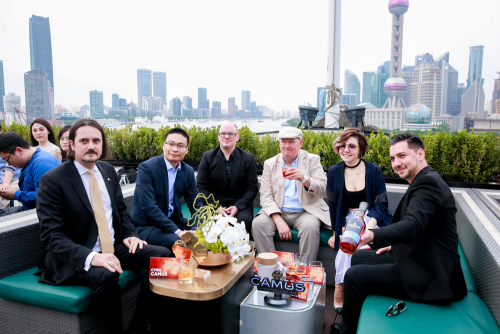 Cocktail competitions are often torturous to watch if you're not competing or judging them, and different competitions have come up with various ways to make them fun and/or interactive. The approach for the Shanghai Shake was to use the middle round for audience participation:

The six competitors had to make sample sized cocktails for the few hundred party guests. The guests all had pins they could use to vote for their favorites but sticking them on a board next to the bartender. The score of this round did not count toward the final score for each bartender (I think this is good; I'm wary when they mix professional and enthusiast opinions in competition scoring) but it determined the order of competitors for the final round. 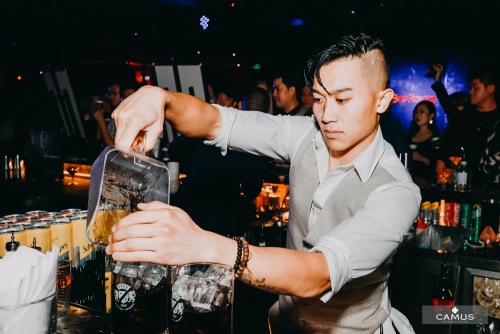 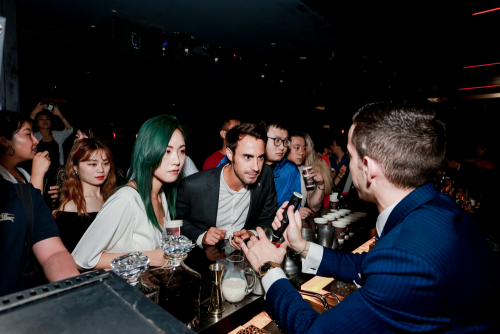 The third round was a mystery box challenge, now a staple of cocktail competitions. For this one, bartenders all had to use the mystery ingredient - a syrup made from Sichuan peppercorns, rose petals, and jasmine. Then they could pick out other ingredients from a box to make their cocktail. The catch is that after each person picked their ingredients from the box, no other bartender could use that ingredient (except for basics like lemon juice and simple syrup). The order of who went first to pick was determined by the winners of the previous round.

The bartenders had very little time to test the syrup, pick their ingredients, and do some basic prep - something like 5 minutes! Then in groups of three, the bartenders made a drink for the judges to try in ten minutes. Amazingly, everyone finished in plenty of time and all the drinks were terrific. It just came down to the scoring- did the cocktails highlight the pepper syrup while also being creative? 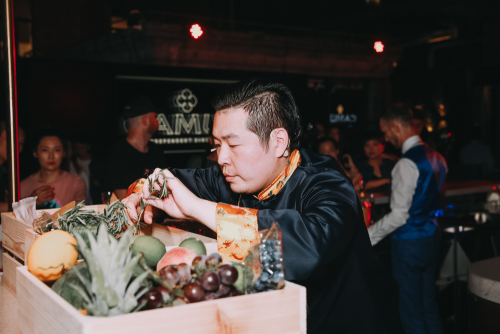 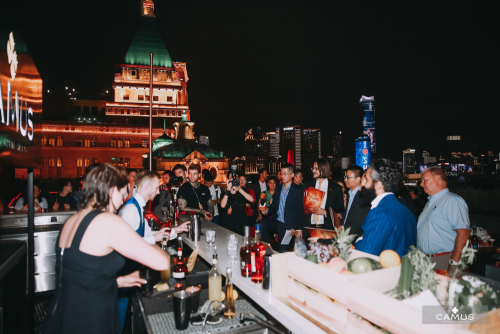 With a large number of judges, seven point categories per round, and performances that varied between rounds one and three, it's fair to say that none of us were sure who would come out on top. I don't think there was anyone who I would have protested their placement as winner, which is something that makes me very happy when judging a competition. In the end the scores came out: 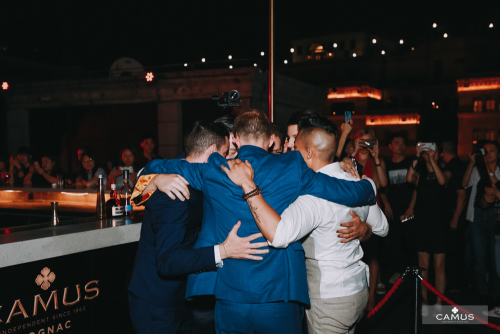 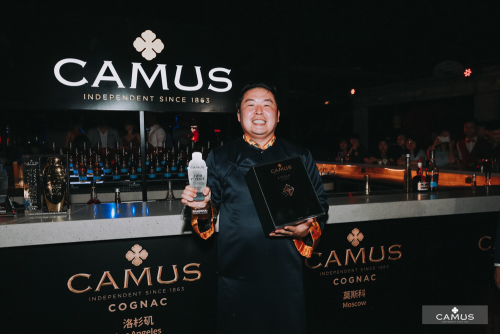 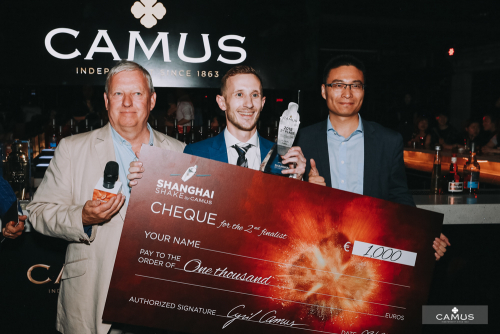 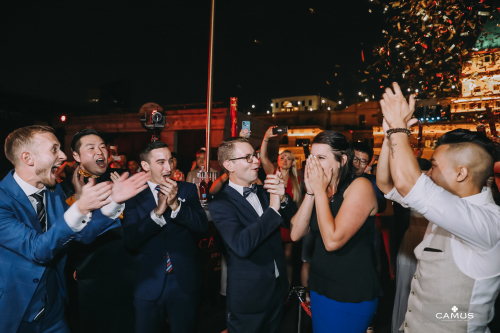 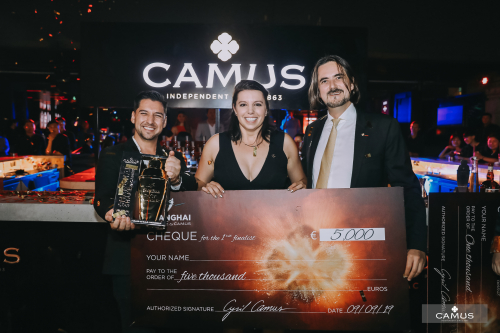 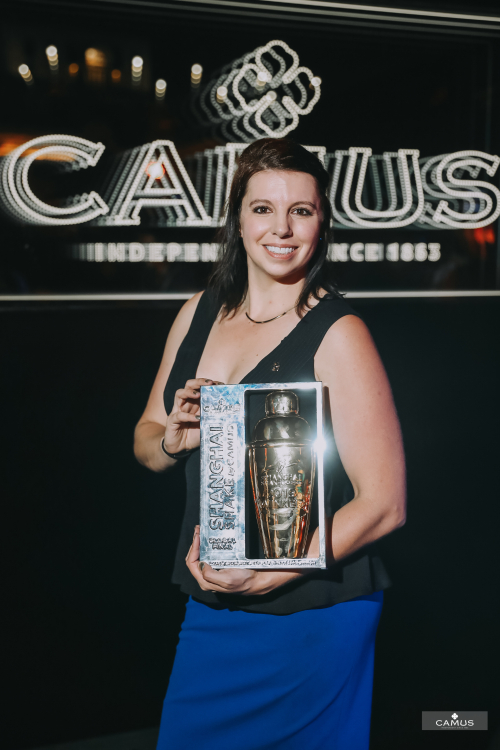 So congratulations to all the competitors - honestly a great job by everyone - as you'll always be global finalists for the Camus Shanghai Shake. The competition is set to grow in size for 2020, though I'm not sure if it's growing into new international regions or expanding within the regions from this year. I'm looking forward to seeing what bartenders get up to next year.