I'm up to my silliness again. I had the idea that I could freeze masks into ice blocks for decoration, so in advance of Halloween Superstores opening around town, I bought some masks on Amazon.

I bought this terribly ugly Frankenstein mask, but as it's made of foam it just floats on top of the water rather than freezes inside the block.

I also bought a set of cheap plastic "drama party kids face masks" and tried those. They sink inside the cooler (by the way, I make them similar to how I did this dinosaur head ice block using Directional Freezing in an Igloo cooler) so I was going to suspend it in the Igloo cooler from the elastic string on the mask, but instead I just left a tiny bit of air under the part of the forehead of the mask - you can see it pokes out from the block. The mask stayed suspended in the ice block pretty well.

I left it to freeze for a few days and if I do it again I'll let it go a shorter time as the cloudy part of the ice formed on the bottom (behind the mask). But anyway it came out pretty cool. 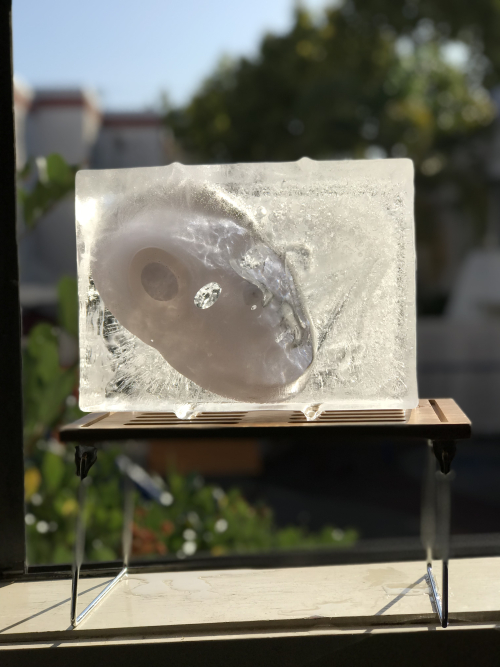 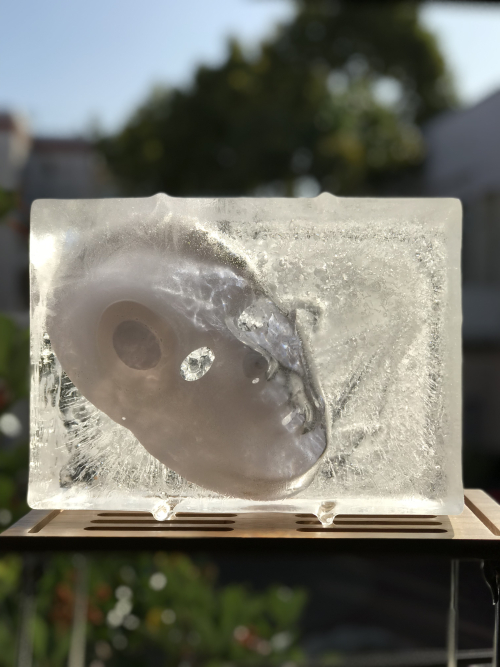 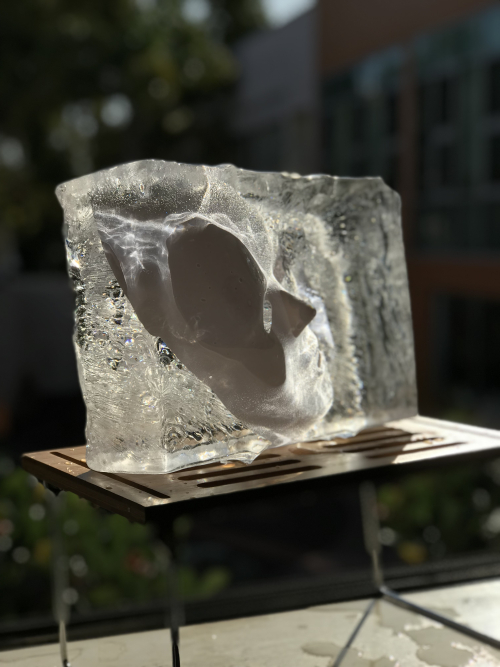 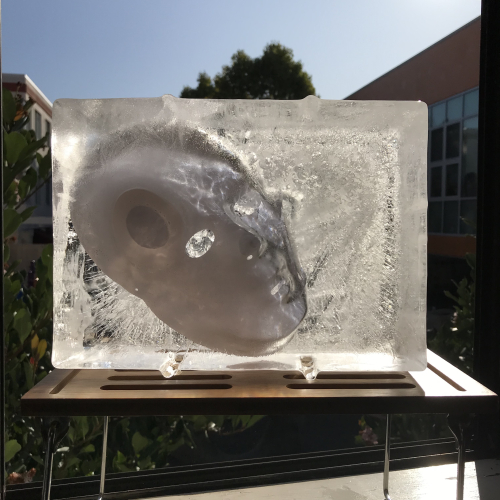 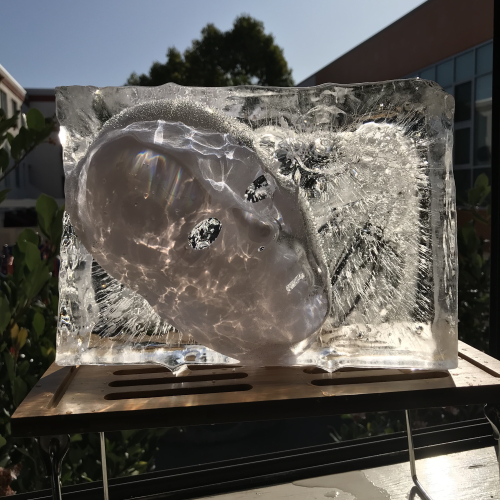 After I thought I was done with the experiment and taking pictures,  I was rinsing off the block in hot water in my sink. As I was able to pull the mask out of the block I found that the mask left the impression of the face in the block! It looked super creepy and now I'm thinking for future experiments I should see about other shapes I can press into ice blocks... 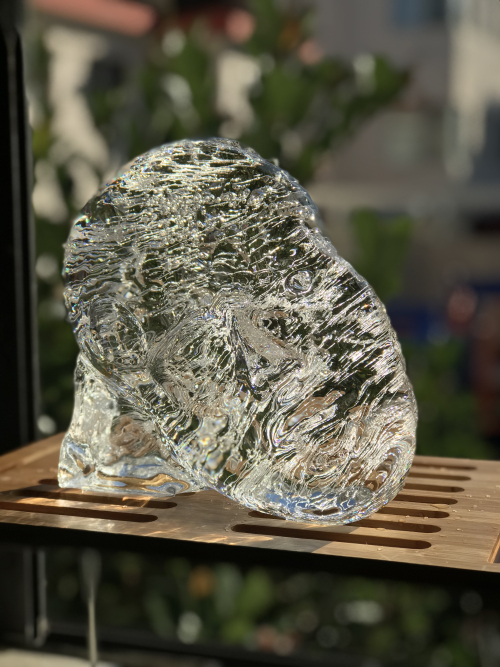 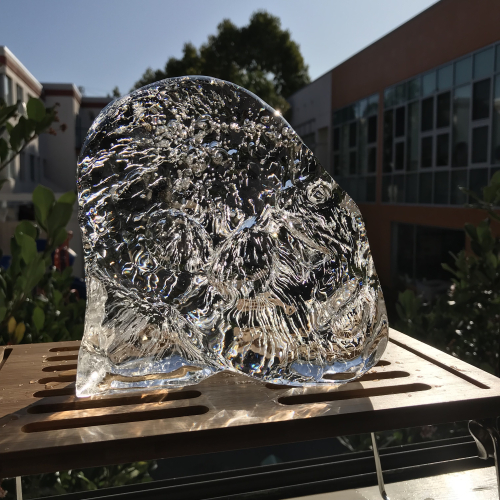 and as usual, the complete Index of Ice Experiments on Alcademics is here.