At the end of 2019, I sent a list of 100 questions to the cellarmaster of Hine cognac, Eric Forget. I'm writing up what I learned over several posts.  Hine is a small (relative to the majors) cognac brand founded a bit over 250 years ago. The main house is located along the Charente River in Jarnac. Pull up your boat and have a sip. 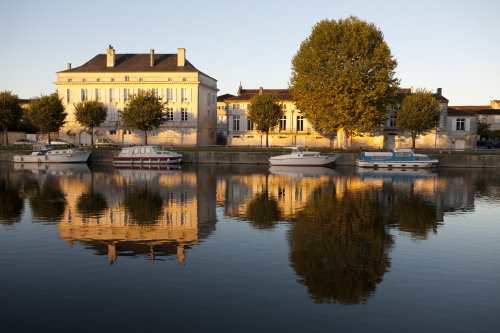 In the first post in this series, we looked at cognac from grapes to wine.

In this post, we'll cover wood and barrels used for cognac generally and Hine specifically.

Hine buys their barrels from coopers in the Cognac region, though cellarmaster Eric Forget didn't specify if they purchase from one or multiple cooperages. (To be fair, I forgot to ask.)  Some cognac brands don't age all their cognac in their own cellars, but Hine does - with the exception of their early landed cognacs that age in England. We'll will discuss these in a future post because they're so unusual. But in any case Hine purchases those barrels as well.

Hine states they use "fine grain, light toast" French oak barrels. When we talk about American oak barrels for bourbon, producers might talk about the char level for them. It's rare that they speak about air vs. kiln drying and extremely rare for them to talk about oak tree terroir. It's different for cognac.

The French cooperages follow specific instructions from each cognac brand they sell to about which type of barrels to make. Some of the parameters are the type of trees/wood used, letting the wood air-dry for a certain amount of time, and the level of toasting of the finished barrels.

We always hear about the two french forests when it comes to barrels for wine and cognac: Troncais and Limousin (if my mapping skills are correct, they're close to each other in central France).

I asked Forget where the trees for the barrels used by Hine come from. He said, "It is a natural element, so you could find a large [parcel of forest from elsewhere] even if these two [forests - Troncais and Limousin] are the most common. But the terroir of the forest is important also. The fine grain [wood] comes from the forest north of the Loire Valley." 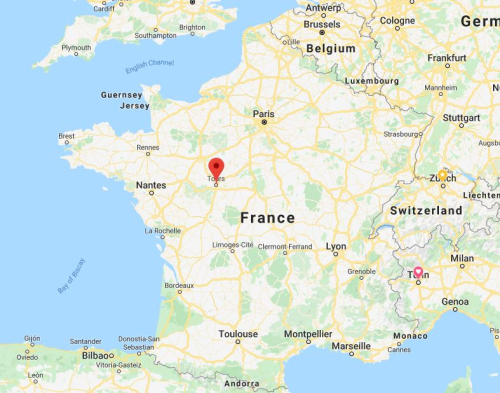 The pin is roughly the heart of the Loire Valley.

According to this article with a map, the main forests for barrel wood in France are "six main French forests known for oak: Limousin, Vosges, Nevers, Bertranges, Allier, and Tronçais (a sub-section of Allier)". Only a couple of these are north of the Loire Valley (not directly north, but in Latitude). I was confused but I think I found how this can be.

For those two main forests - Troncais wood is tighter-grained with less tannin and more lignin than that of Limousin, according to the book Cognac by Nicholas Faith. And thus it imparts less woody flavor to cognacs. So if you planned on making cognac that would age a long time, you'd choose Limousin as it still has tannins to draw out from the wood over a longer time; if VS cognac was aged in it it would be too tannic. Faith also asserts that 'Troncais' is now recognized as a style of wood rather than wood from that particular forest.

More importantly, Faith also writes, "There are a number of forests providing wood with fine grain along the Loire - forests which have been carefully tended since before 1789 and which therefore have trees more than two hundred years old." Those sound like the forests where Hine is getting its wood.  In any case, as Forget indicated, it's a matter of the type of wood you get rather than where the trees are from. 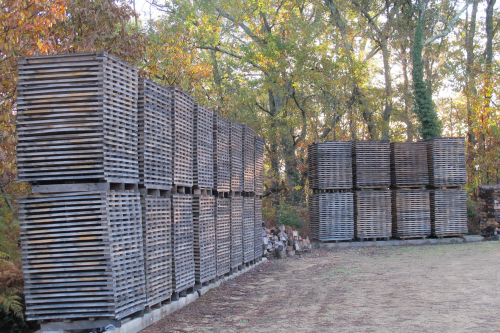 The first stage of making barrels is to cut the trees into planks, and then let the planks air dry outdoors to remove harsher tannins. The rain washes the tannins out of them, leaving black streaks on the ground beneath the wood. (I've recently learned that tannins are dark and were used to make ink.) Nicholas Faith says that most makers air dry the planks for 5-6 years.

In making barrels for French brandy (and most wine as far as I understand, but wine isn't my area of expertise) barrels are not charred as they are for bourbon; they're toasted.  So they don't get that deep black charcoal coating on the inside of the barrels but more of a, well, toast-like browning. Cognac barrels are also larger than those for bourbon - 350 liters for cognac vs 200 for bourbon.

While bourbon barrels are charred according to certain levels - char #4, etc. That terminology isn't used for cognac barrels. The char levels for bourbon relate to a certain amount of time under the flamethrower, and I'm guessing that's how they'd be designated for cognac/wine barrels as well - number of seconds near a flame but not burned by it.

I have visited at least three cooperages - two of them in France. This tiny one that makes 4 barrels per day in the Armagnac region, and Vicard in the Cognac region that makes 60,000 barrels per year. I wrote in the latter post: 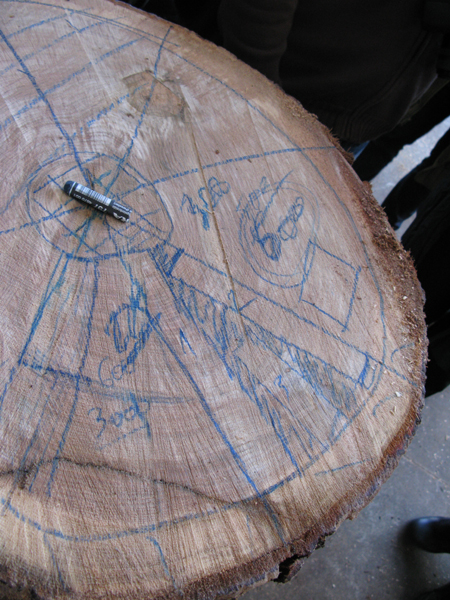 The staves to make the barrels for Hine are 100% air-dried, according to Forget. While many staves for American oak barrels are kiln-dried, at least in the US.

In the next post, I'll write about what happens when the grape spirit is put in the barrels. 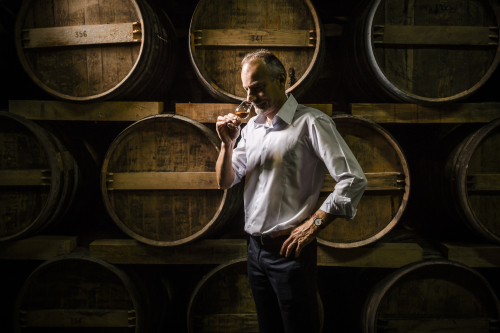