While sheltering-in-place at home, I've taken to doing some (more) silly ice projects. For these I used the basic Igloo cooler method and placing objects near the top of the water line so that they'd freeze into the clear part of the ice after freezing.

For the sunglasses, I rested a stick over the top of the cooler and tapes the sides to it so that the lenses were in the water.

For the shark, as you can see I stood it upright in the cooler (originally taped to the same stick) and let the clear ice freeze downward.

In both cases I removed the block from the cooler before it was fully frozen (2-3 days) so that there would be only clear ice. 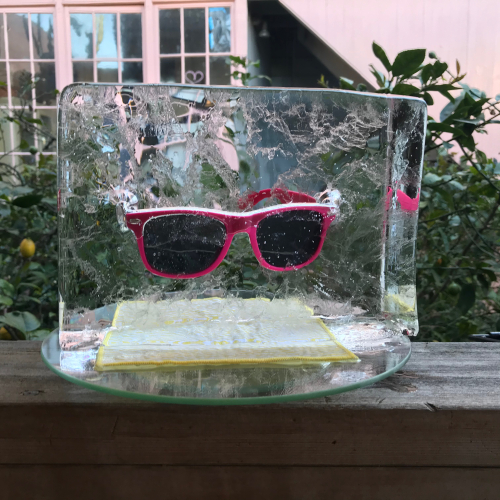 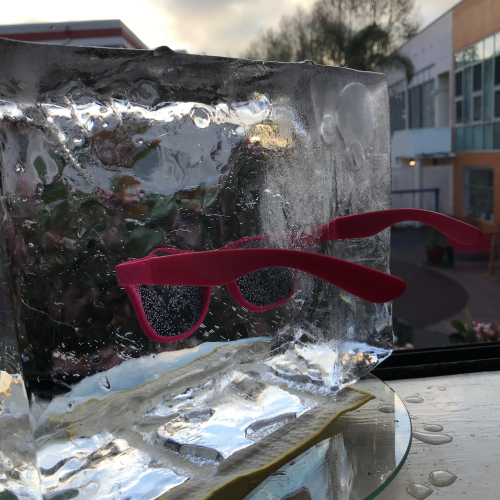 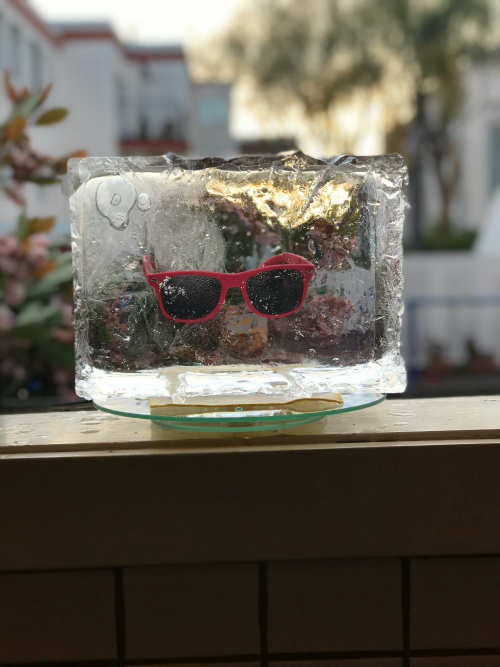 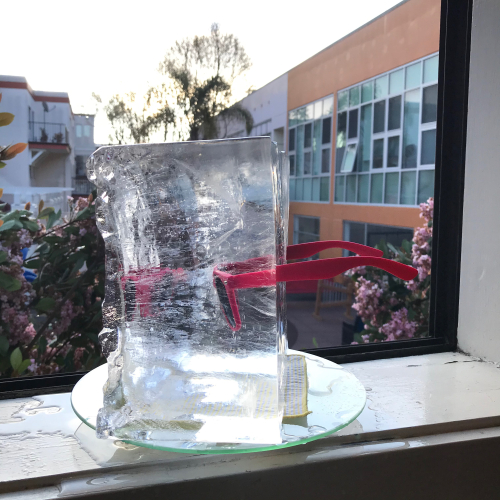 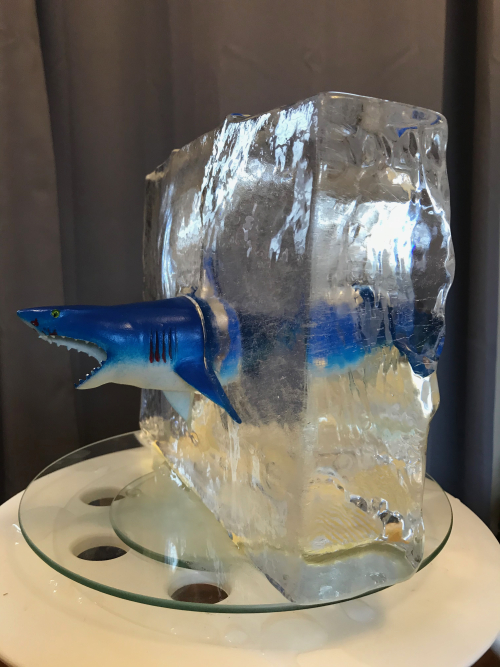 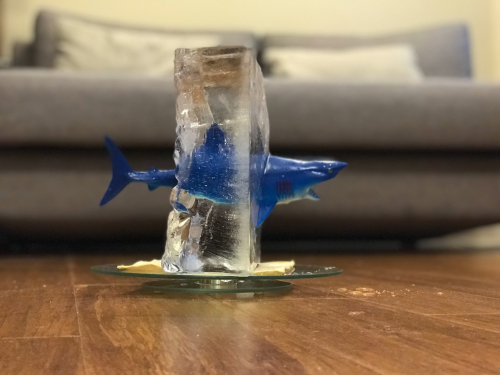 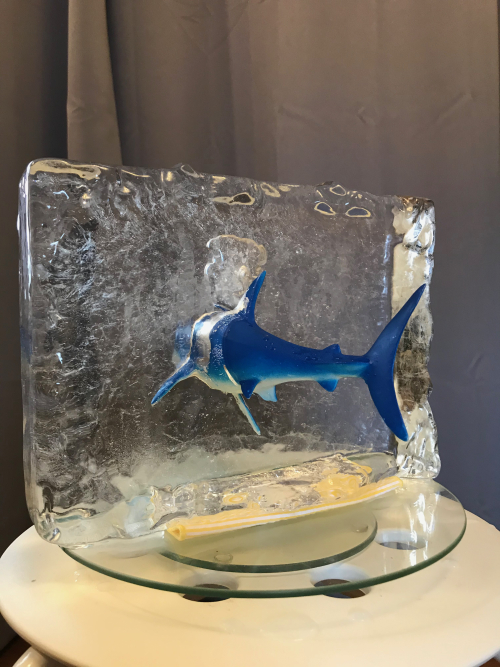 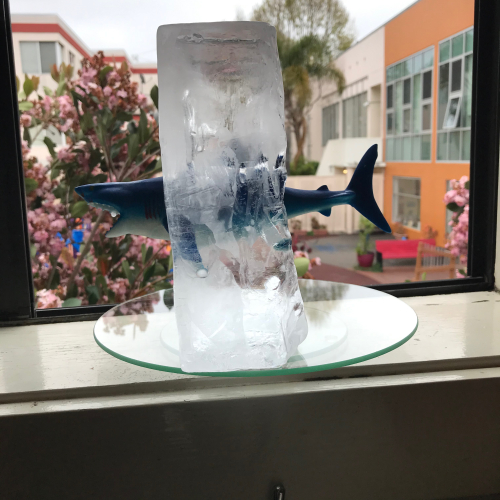 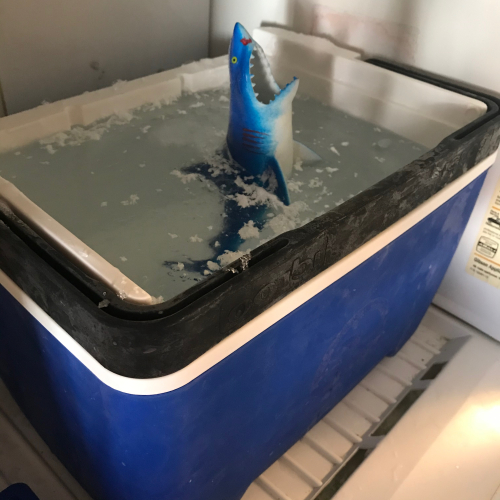 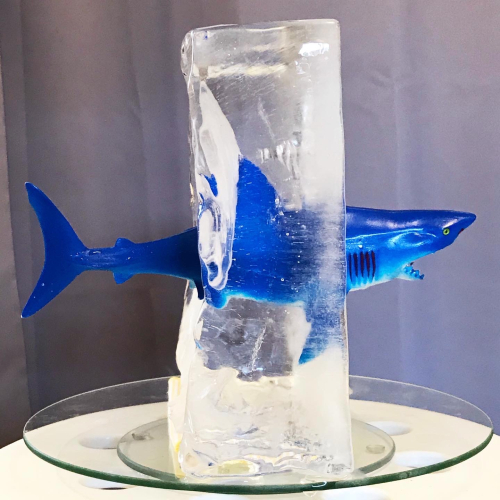 Good to see you're putting the ice back into isolation :)

The shark is particularly cool!

Take care out there :)