I didn't see this one coming: distilleries as Las Vegas tourist attractions.

The town is already host to the Las Vegas Distillery, but it's actually located in nearby Henderson.  More recently the Mob Museum in Downtown Las Vegas added a distillery - it looks like there is a single still that makes "moonshine," and is part of their Underground experience, "An immersive Prohibition history exhibit space featuring a distillery, speakeasy and private VIP room located in the basement of The Mob Museum."

But now a new distillery, custom built as an attraction, will be opening for what will likely be a true Vegas-style production. The distillery comes from Lost Spirits, a company that makes rapid-aged whisky and rum and has a fantastical tour at their Los Angeles location already. 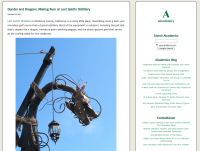 I first visited the Lost Spirits Distillery in 2015 when it was in Monterey, California and took the form kooky backyard steampunk mythological project (the still was in the shape of a dragon) with big plans. I visited the next incarnation also, located in a rented Silicon Valley house and very much looking like a lure for tech money investors with their rapid-aging technology. The operation briefly moved to the East Coast, then returned to California in Los Angeles.

I haven't had the opportunity to check out the current LA distillery, but am aware it involves a boat ride through a "jungle" into the distillery and lab. So it was already getting away from a distillery tour and toward a distillery experience.

They also offer a unique dining experience at the distillery called Fish or Flesh.

Set deep in the jungle of Lost Spirits, Fish or Flesh is a new Island of Dr. Moreau inspired dining concept. With this booking, you will be treated to a contemporary interpretation of Afternoon Tea through a 10-course tasting menu, served with vintage champagne and old-world wine pairings.

Dining & tour experiences typically last 4 hours with an intermission after your meal and before your tour begins. They include a highly imaginative meal which explores concepts taken from the 19th century novel.

Now Lost Spirits will be opening a second distillery in Las Vegas, at a place called Area15, "Las Vegas’ immersive entertainment, retail and dining destination." From this story:

Reaching for a definition, Fisher says: “It is a new category, so it’s hard to describe. It is a mall-inspired retail entertainment destination complex, in the sense that it’s free to enter. The components are that we are leasing space.”

Furthermore, visitors will be able to experience Dueling Axes, the nation’s premier axe-throwing lounge. There is also Oddwood, the dynamic centre bar at AREA15, plus a steampunk AR experience, as well as a glide system from Walltopia. 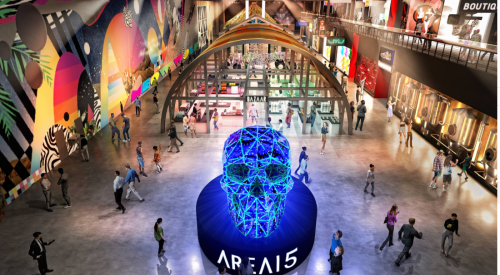 As for the new Lost Spirits distillery, "The 35,000-square-foot space will be a fully functioning distillery, designed to showcase a series of new spirits developed specifically for Las Vegas. Additional details will be announced this summer." Some of the funds for the new operation (seems to be about 10 million in total) were raised via a crowdfund platform.

I emailed Lost Spirits co-founder Bryan Davis to ask if the Los Angeles distillery was relocating again, or if this was an additional distillery.

He replied, that it is "not a replacement for LA. Los Angeles will keep making the current whiskies and rums and Vegas will get its own set of new spirits. Of course with new spirits comes the excuse to build new worlds for them to live in!!!"

I suspect the new distillery experience will be ridiculous and absurd and I can't wait to see it.

Generally I'd be surprised that there is a nation's premier axe-throwing lounge. During these COVID-19 times it just seems like the new normal.

I consider it to be the nation's premier zombie-defeating training center.