Alcademics Book Blog Search Twitter Instagram Clear Ice Facebook Cocktail Green Contact
The Use of Fixatives in Tea-Flavored Gin: A Chat with Gerald Rowland of Coit Spirits
An Attempt at Clear Spheres with an Upside-Down Thermos

But, I am finally asking myself, why don't I at least paste the questions and answers into blog posts, as similar questions tend to come up frequently, and even if they don't they'll be searchable? Great question, Camper!

I'll obfuscate the identity of the questioner in these, because it's not like they asked to be outed. 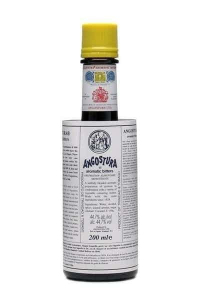 This first one was a question asked from CocktailSafe:

I know almost nothing about the safe use, and legality of sourcing quinine. I understand that while generally safe, this substance can be very dangerous if not used carefully. I also see that quinine in its pure form is in a bit of a legal grey area in the US.

I am wondering if someone at your organization might be able to point me towards some more information regarding the correct and safe ways to source and use quinine for beverage applications?

Quinine isn't so complicated if you're doing it as a pro beverage manufacturer. You buy purified quinine sulfate rather than cinchona bark from a chemical supply company (make sure it's food grade). They will only sell to beverage manufacturers. Then you have to ensure you're under the legal limit of 83PPM (the TTB/FDA rule from this is probably linked from cocktailsafe but the websites are easily searchable), which should be doable because the stuff you buy is labelled as to its potency.

So it's just math. You may want to pick up Dave Arnold's Liquid Intelligence as he has some good notes of caution about using the solid powder.

It's the bark that's the wild card; never labelled as to its cinchona alkaloid content so you'd have to extract and then test, and the stuff is brown anyway.

I got myself one of those six-can-sized mini-coolers and have been happily making clear ice, but I have a lot of trouble cutting it down; it splinters even after I leave it to temper for 20-30 mins. Any advice on how to do it cleaner that doesn’t involve a band saw?

The thinner the slab the easier it is to cut.

Also cut down the middle each time rather than trying to cut off the side.

I think Angostura bitters would make an excellent base for an after-shave lotion. But the bitters contain substantial amounts of sugar, right? Is there a source for the bitters without sugar?

I think the larger problem would be the caramel coloring - Angostura and other bitters will stain clothing and skin - one bar even used it on purpose to stain their furniture. It's rare to find a colorless bitters with the same flavor profile, but Ango has a bitter gentian backing and then "baking spice" notes (cinnamon, clove, etc) top notes. So you could look for (skin-safe) versions of those essential oils and build your own if you're so inclined.