Tony Gonzales is a bartender and fellow ice nerd who had clear ice cube trays made. The brand is called Ghost Ice.

Well, not really trays, they're inserts that fit into insulated coolers to take advantage of the directional freezing. If you're familiar with the method of poking holes in the bottom of silicone ice cube trays and placing them on the bottom of the cooler, it's the same thing except these trays rest on the top.

This is a better system because you can adjust the size of the cubes you make in it. You place the tray on top of your cooler and fill it with water. Fill it so that the ice cubes are only two inches high, or all the way up to three. 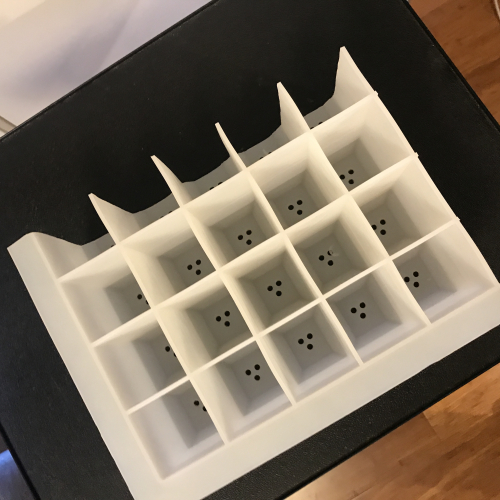 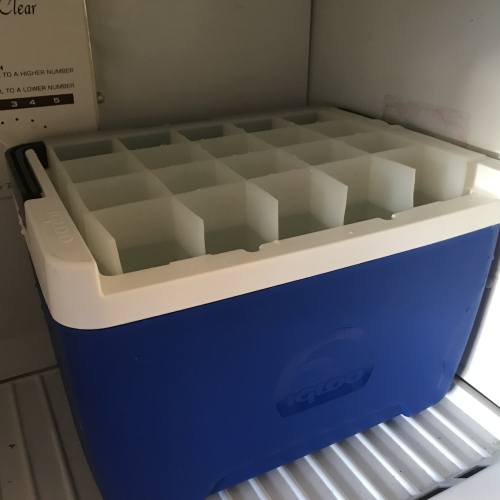 Gonzalez originally built the trays to fit the Coleman Party Stacker cooler - a longer cooler meant for holding a lot of beer cans. Some bars have been using this cooler in their bars (if they have walk-in freezers) to make ice via directional freezing and cutting it up with a band saw like pro ice companies do. With the Ghost Ice trays, the insert makes 48 big cubes in about 48 hours.

However, due to popular demand, Gonzalez cut some trays down for the Ghost Ice For Home model so that they fit into the Igloo Island Breeze that everyone (me first in 2009) uses to make ice blocks at home. These make 20 cubes in about 2 days.

He sent me a tray to try. I put it in my freezer which at its highest setting is about -9C/15F. I let it freeze for 48 hours and it was just right - the ice had frozen in the trays and just barely underneath the tray. It made a groovy pattern in the ice below it when I pulled out the tray. 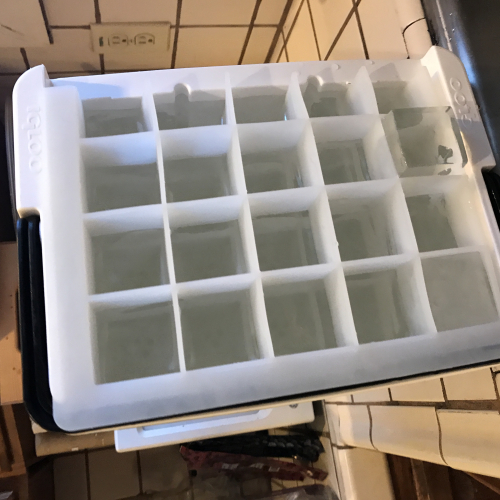 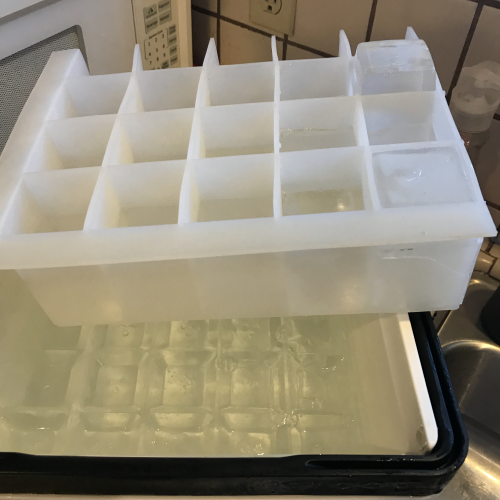 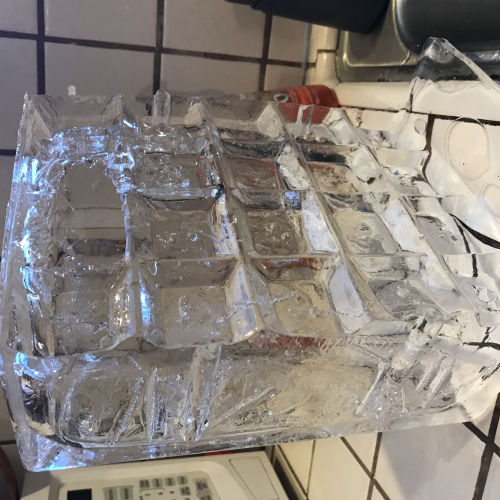 The ice popped out super easily, better than any other tray I've tried. I should also mention that the silicone these trays is made from is super thick and seems like it will last years.

The thing is that if you use this size cooler to make ice anyway, this insert actually maximizes your ice harvest compared with freezing a block of ice and cutting it up yourself. These trays go down pretty far into the cooler so that you're not wasting a lot of clear ice beneath them, plus when you carve up an ice block you lose a lot of the ice to chips and shards. With the Ghost Ice insert you can use every bit of the ice that comes out of this tray. I wasn't expecting that; a nice bonus. 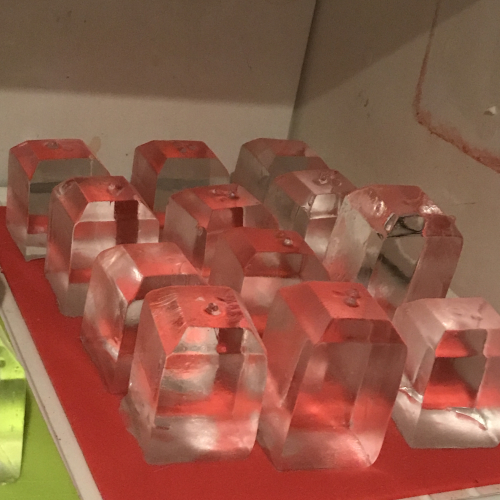 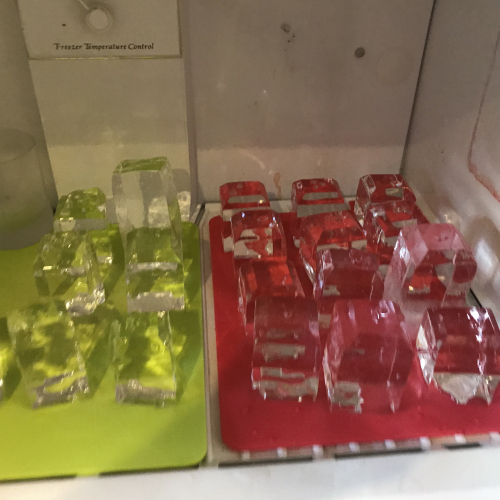 Oh and just because I know a lot of y'all are perfectionists and may not like the slightly 'pointed' tips on these cubes, I wanted to let you know you can always flatten ice even. I used a thaw plate (remember the Thaw Master from 80s TV commercials anyone?), but you can use a cookie sheet or any conductive metal. 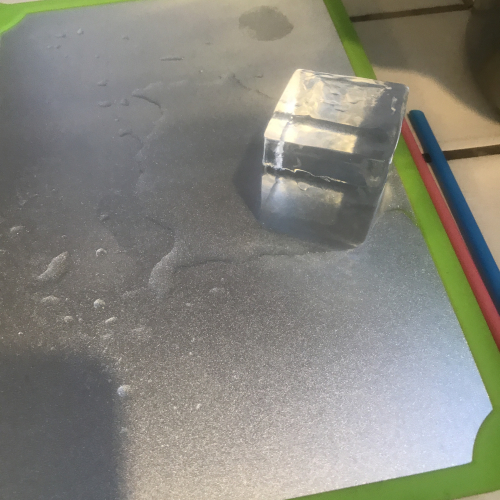 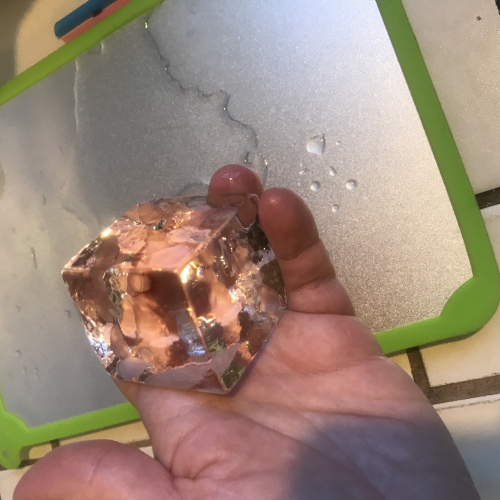 The price on these is quite steep - $300 for the large size and $150 for the small, but this is a one-person company and a custom-made product. For a bar with a walk-in freezer or other large freezer space, and a relatively small volume for cocktails to serve each night, it's a great deal over a short time - if you're paying .50 a cube for two-inch cubes from a specialty ice provider (which is low), that's only 12.5 times (25 days) you have to make ice cubes in the Ghost Tray system (plus the cost of the coolers which is low) to make your money back.

As a home ice nerd like me, well let's not pretend the small model isn't a big splurge. The cubes are awesome though.

Check out the videos on the Ghost Ice website and Instagram page for more info and demos. 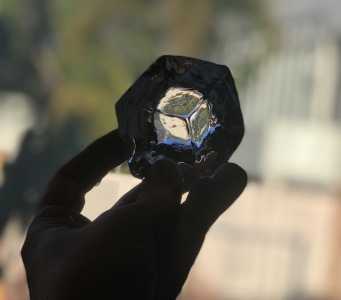 The index of all the clear ice experiments on Alcademics is here.