Designing A Club Soda From Scratch

I was recently in touch with Top Note Tonic founders founders Mary Pellettieri and Noah Swanson about their new Club Soda that was created specifically for making highballs with whiskey. They went into the process with specific goals in mind to pair it with whiskey, researched styles of water and other brands' mineral content, then experimented with specific minerals to use for best results. 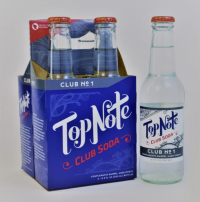 To achieve their ideal club soda, Pellettieri says that they followed "standard beer chemistry rules - to make malty beer the brewer will add chloride ions and have a 2:1 chloride:sulfate content minimum. The goal was to make it high chloride, low sodium. [Other brands] didn’t take a position on what a club is. It was time to make club soda different, not just salty water. "

"We really followed beer brewing fundamentals and built our club soda water base to amplify malt, like a beer brewer would do to make a light malty beer. It so happens the core ion, chloride, is what we focused on here. I think this reference is the best to explain the different mash water chemistry and the impact to beer across the world.
https://www.brewersfriend.com/brewing-water-target-profiles/

"In brewing, they look at the ions separately, and focus on ratios. SO4/Cl ratio is an important one, as is the hardness and alkalinity of the water. They all play a factor in the final product, because of how the malt interplays with the mash."

But water of this style is also similar to Kentucky limestone water.  "Noah found after researching that it was close to Kentucky water. We found out indeed Kentucky water was close, but not exact to what we set out to do. We focused on the mineral content, keeping it low sodium, but high in calcium, magnesium and minerals that amplify flavor."

Pellettieri  says, "The chloride helps pop the citrus [notes], so it plays nice with vodka too. It's probably not best in a bitter drink."

They had other brands of club soda analyzed. 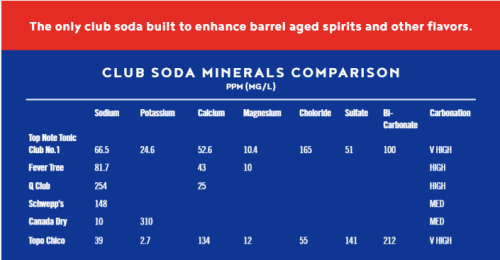 All graphics provided by Top Note

Pellettieri  says, "Mineral waters are variable, so the numbers change a bit.... Schweppes is hugely salty. Q is salty. Our target was 54, a little lower than Fever Tree.   I think later in the game we decided to add more potassium – it adds some mouthfeel. But too much potassium chloride gave it a swimming pool character. Topo Chico is high in sulfate. So is San Pellegrino – it almost has an eggy character from sulfate [sulfur]."

I asked about Burton Water Salts, which are a pre-mixed ratio of minerals that are used to make beer, but they also closely resemble the mineral ratios in San Pellegrino.

Pellettieri responded, "Burton salts famously produce really hoppy beer and we didn't follow that sort of chemistry. We followed the rules for making 'light/malty' beer as the image below shows. You can see the light hoppy beer water chemistry formal below as well, it has nearly 3:1 So4/Cl. Brewing research shows the higher the SO4, the higher the hop perceptions. Even 4:1 is what they strive for. But we were not going for that." 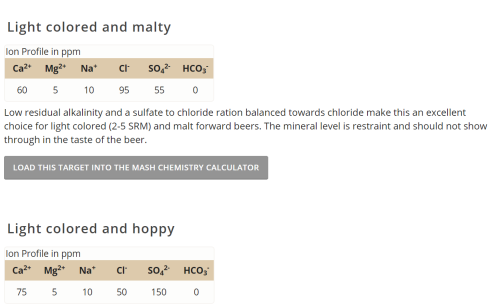 Swanson said of carbonation, "We did a lot of whisky highballs in the office.  [We were aiming for] a subtle mouthfeel, super bright carbonation to lift the maltiness of whiskies."

Production and The Future

Swanson says, "Our co-packer packs with 100% RO [mineral-free reverse osmosis-filtered] water. Other ones only use a portion of RO water. So that was a problem with others. [Our co-packer] mixes minerals into water then dilutes with more water [before force carbonating]."

I asked - since this is "Top Note Club Soda No 1, aka 'Kentucky Club" if that means there are plans for this to be a range of club sodas. Yep, there are.

Pellettieri  says they're, "Planning to do a series of them – low and higher sodium sodas: High sodium for more bitter drinks [like bitters and soda]; lower for malty more subtle. A little sodium goes a long way."

Are you curious about making your own custom soda water at home? A few years back I did some experiments I called The Water Project. The most relevant posts are:

How does it compare in flavor to Fever Tree or Q?

I've not had the opportunity to do a comparative tasting; would be interesting to do all three with one whiskey to see which is best.