A few years back. a couple different ice adventurers figured out that you can use a silicone ice cube tray to make clear cubes in a directional freezing system (an insulated cooler in a freezer) simply by poking holes in the bottom of the tray, setting the tray on a small riser (to give a place for the cloudy water to get pushed down through), and filling the cooler only to the level of the top of the silicone tray.

When frozen, you can pry out the tray from the block and your cubes are shaped like cubes. Here's the first post where the process was shown. 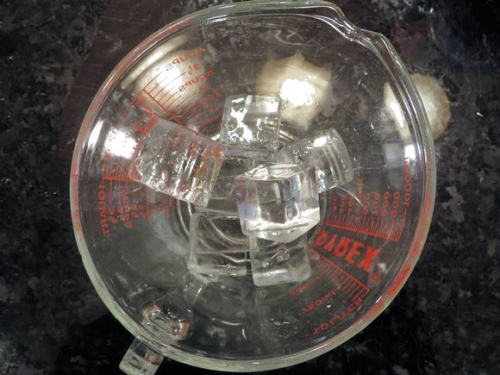 More recently, Shawn Soole of Soole Hospitality and the Post Shift Podcast messaged me to suggest: If you can do it with one layer of trays, can you put another tray underneath it, also with holes and get two sets of cubes at once?

I decided to try it and the answer is yes. However, as you'll see by scrolling through the pictures, the first tray is easy to ply off the frozen block. The second one: Not So Much. I was able to chip it out using an ice pick though. It took a while but not forever.

My conclusion about this is: Yes it works!

But is is practical? I think it would be if you had ice cube trays nearly the size of the whole cooler. Otherwise you're doing what I did, which is chipping off most of the cooler-sized block just to get two trays worth of cubes. It would be more efficient if I put in these two trays side by side so I only had to freeze a few inches of the block.

I be you could do it with the Ghost Ice system, but you'd have to cut up a second tray (and those suckers ain't cheap) to place beneath the top tray, and leave it in the freezer twice as long. That might be efficient in some systems where you need to leave the tray in the freezer over the weekend, but probably for most people it would be simpler to just do one layer at a time.

So I'm going with: Theory proven. Reality? Not so efficient. 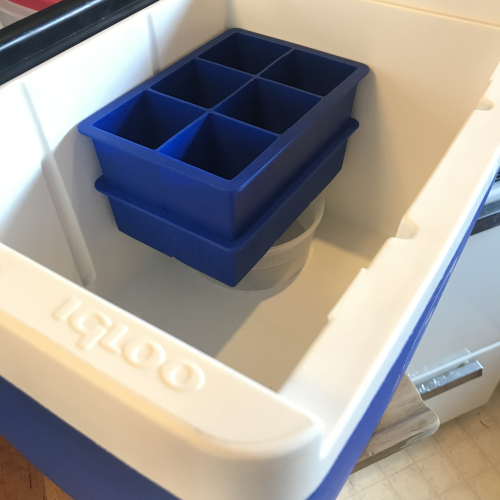 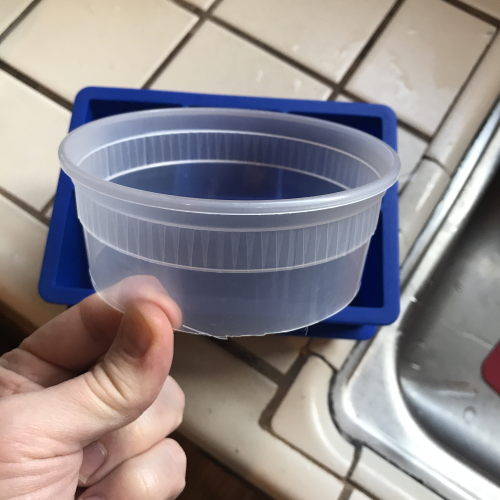 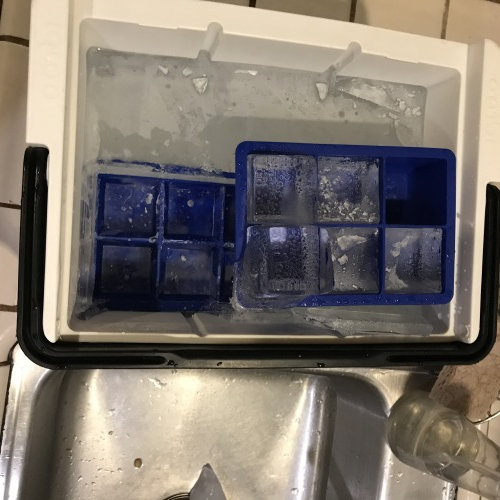 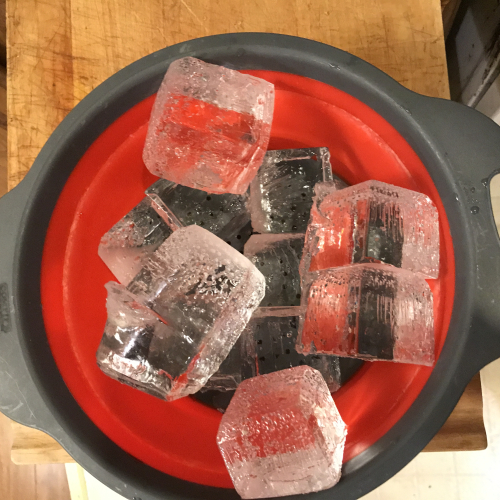 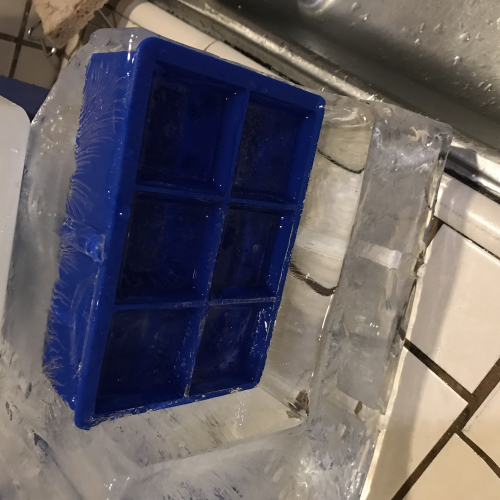 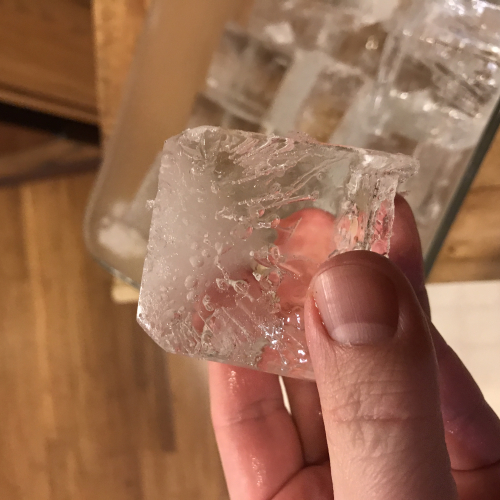 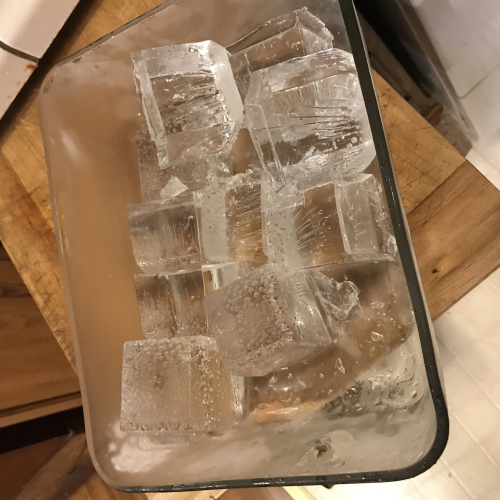 And remember to check out the full list of Ice Experiments on Alcademics for tons of awesome ice projects.