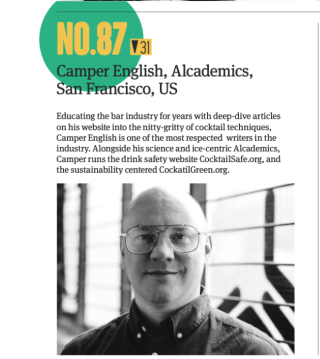 Drinks International Magazine has just released their Bar World 100 awards for 2021. It's the third year of the awards and I'm thrilled to say I made the list every year so far.

The Bar World 100 is a list of the "most influential figures in the bar industry." "The list is voted for by 120 worldwide industry commentators – drinks media, consultants, bar operators, brand representatives and event organisers – based in more than 60 cities around the world."

Hamish Smith, editor of Bar World 100, said: “As we slowly and intermittently return to a more stable mode, Bar World 100 recognises the actions and achievements of those who have shaped the journey, enacted positive change and taken us forward when everything imaginable was holding us back. For some, it has been leadership by example – perhaps in areas such as business practice, sustainability or staff welfare – while others have taken a benevolent approach, raising awareness, spirits and funds in their communities."

See the entire list and how it was decided here. 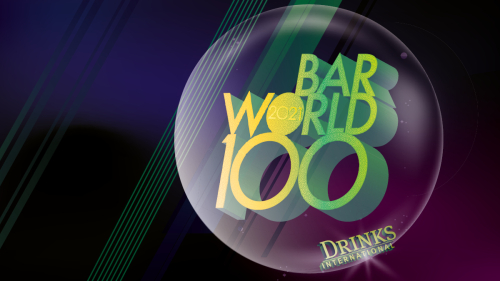