It's Made from Fire-Damaged CA Grapes, But This Vodka T'aint Smoky

Hangar 1 Vodka has released the limited-edition Smoke Point Vodka, made with Crimson Wine Group grapes damaged in last year's Glass Fire. Proceeds from the sale will all go to the California Fire Foundation. The vodka is available at the distillery in Alameda or online at ReserveBar.

The vodka was made with smoke-tinged Napa Valley Malbec and Merlot grapes, but here's he thing: It doesn't taste smoky.

The tasting notes that came with the press release describe it as, "the brand’s distinctive floral, fruit-forward tasting notes but with a character and flavor profile that is uniquely unexpected: subtly sweet, vanilla, licorice, and butterscotch notes on the palate, with a peppery, allspice finish." 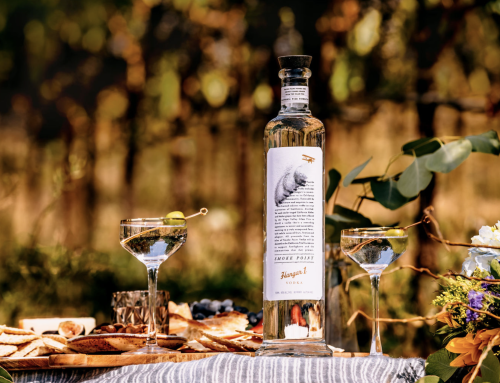 Tell me more! I sent over some questions to Eric Lee, distiller at Hangar 1, who has been with the brand since 2017. 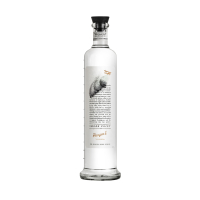 Is this product a blend of grape and grain distillates as usual, or completely made from smoke-tainted grapes?

We know that in Islay scotch and mezcal, the smoke flavor carries through to the end product. Did you distill in a way the purposely not get the smoky aspect of the grapes? Or did you expect it and it just didn't come through? Do you have any insight as to why the smoke didn't come through in this product - high distillation proof, pulling it off certain plates, grapes just weren't smoky enough, etc?

Two things affecting the flavor: first, there was little/no discernible smoke character in the base wine, though the wine we distilled had not undergone all of the maturation treatments, where smoke-taint becomes most evident. The wine did test high for guaiacol, a ‘precursor’ to smoke taint, so our winery partner decided not to continue with the wine.

I don't know about recovering smoke-tainted wines; if the wines can be saved for traditional winemaking after fires. But if some grapes can't be saved for wine production could distilling smoke-tainted grapes be a way to prevent them from going to waste, or is that not really possible or practical at a larger scale do you think?

There are some treatments available to winemakers to mitigate the damage of smoke, and while the result may be a better wine experience than something smoky, neither are as good as un-tainted wine. Traditionally, distillation of grapes/wine into an eau de vie has been a technique to recover alcohol from wines otherwise not suitable for drinking; either to age on oak as a brandy, or to fortify wines.

Distilling into vodka is an extension of this tradition, and with Smoke Point, we’ve taken our signature distillation technique to create a unique distillate that supports our neighbors. While scaling Smoke Point is possible, it's not a solution to the larger impact wildfires are having on our community.

Cool stuff. Thanks to Hangar 1 and Eric Lee for sharing the info!