I was recently in Hawaii and finagled a visit to the Ko Hana Hawaiian Agricole Rum distillery. General Manager Kyle Reutner
drove me a short distance to a nearby cane field then we walked through the distillery and I got to taste through the line.

Agricole-style rum is distilled from freshly pressed sugar cane juice instead of molasses. Ko Hana makes this style of rum from native Hawaiian  sugarcane varietals grown on 312 acres spread across several farms, which they manage themselves. 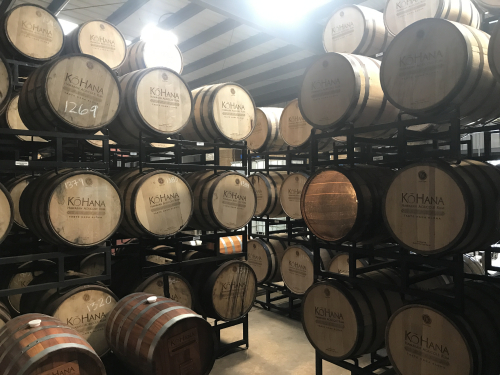 They're currently growing 34 varieties of native Hawaiian sugarcane. 11 of those varietals are in production (meaning they make rum from them). The canes they chose were the most flavorful and/or they had the best Hawaiian history.

Something I've always wondered about Hawaiian sugar cane: The Oceanic peoples transported sugar cane with them on boats as they populated different islands moving east from Asia and arriving about 900 years ago, according to Reutner, but the sugar cane grown by the colonizers of the 1800s were the varietals that moved West over the centuries (from India to the Middle East to southern Italy and the islands off the Spanish/African coast, then to the Caribbean with Columbus and to South America with the Portuguese).

I had always wondered if the indigenous Hawaiians had ever really farmed sugar cane before the colonizers came, and Reutner says not so much, at least not on big farms. They were used as food on the boats that travelled between islands on long sea voyages, but on the land they didn't really need it as a food source given other options. The Hawaiian cane was grown more of a co-crop with other crops. 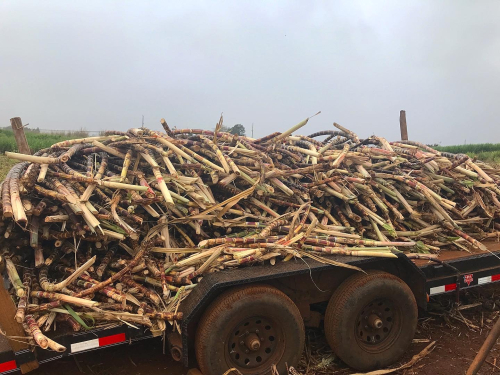 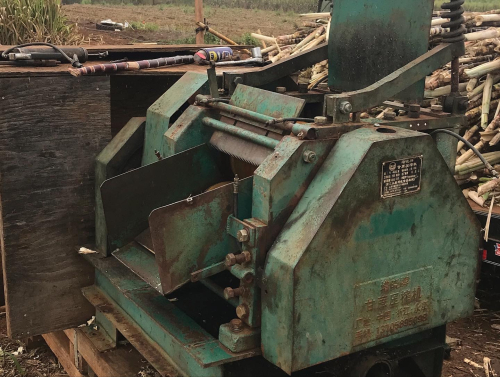 Ko Hana harvests year-round. In many different growing environments, cane has an 18 month growing cycle, but it's a year here.

They harvest, press, ferment, and distill each varietal individually. They used to make a blended rum of multiple varietals but no longer do.

Each trailer as pictured holds about 4000 pounds of cane, which translates to about 500 gallons of juice, which fills 1 fermenter, and results in 50 gallons of rum.

The cane is currently hand-harvested from unburned sugar cane (I believe in most places where cane is cut by hand the cane is burned both to make it easier to cut and to clear the land of critters like rats and snakes. But Hawaii doesn't have snakes. ) They have ordered a cane harvesting machine that they'll move to after it arrives.

The juice is fermented with inoculated yeast (not the natural yeast on the cane) in a closed-top fermenter. You might expect such a natural-focussed product to allow a natural fermentation, but Reutner says that specifically because they're focussing on the native Hawaiian sugar cane varietals that they keep that the variable factor in production, and keep fermentation fixed.

That said, fermentation time varies depending on cane varietal and time/temperature of the year. They ferment until dry (all the sugar is consumed by yeast), with their shortest ferment on record at 24 hours and the longest was 14 days - but that ended up being a bad batch. 3-5 days is the average amount of time. I tasted the cane "wine" after fermentation and it was super acidic.

The cane wine is distilled in the bulb cap helmet still named "The Brain" (the other pot still, their original one, is named "Pinky") then flows through just one column afterward that has only three plates in it. (This is a discontinuous hybrid still set-up. They were planning to experiment with double pot distillation.) 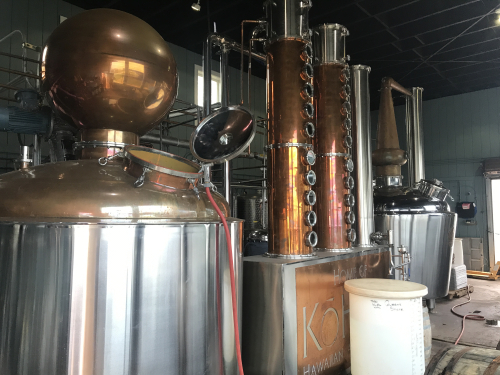 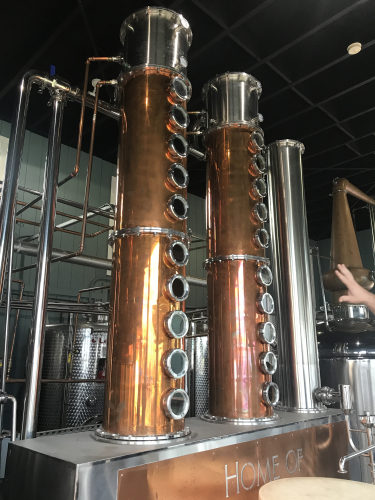 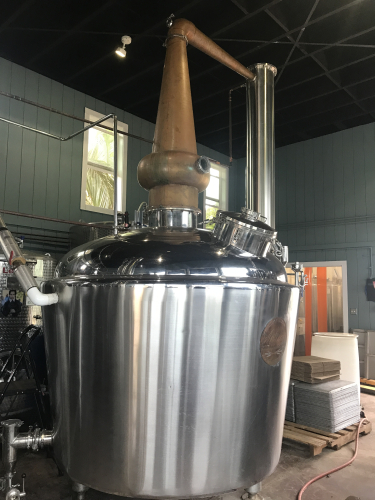 They distill on the lees, the dead yeast from fermentation. They distill up to 165 proof down to about 140, with an average once collected of 162-164.

The white rum is rested a minimum of 90 days.

Their core aged rum, Koho, is aged for a minimum of two years in a combination of:

They do have a few koa casks - this is a native hardwood used to make ukuleles and such. They're pictured below. 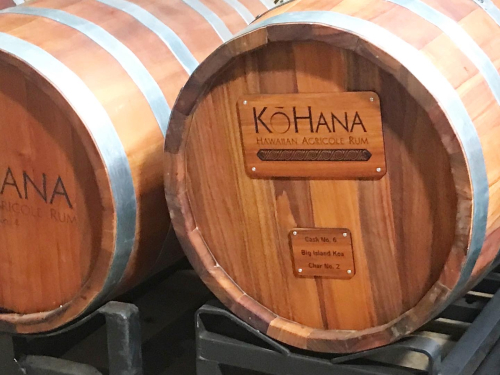 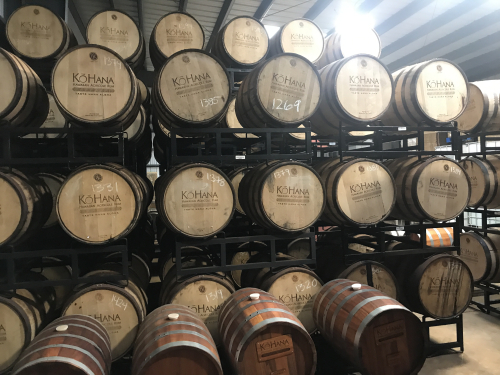 The rum is non-chill filtered and no sugar is added. They use reverse osmosis water for proofing to barrel and bottle proof. They are aging some water (in the brandy style; Privateer rum under Maggie Campbell was also doing this) but I'm not sure if they're using it currently or experimenting with it.

My tasting notes aren't really meant to translate, so read at your own risk.

Kea - This is the most popular varietal, and you can taste why it is: a solid, dry, citrusy agricole that will work just fine in cocktails. This is the only one you can buy online at their store, it seems. I'm not so sure how available the various varietal expressions are but I tasted through the line. These first four are 40% ABV.

Lahi - Smoky and a touch gamey, super citric acidity to the point of tasting carbonated.

Kalaoa - "rabbit glue" with a funky nose and a tight body 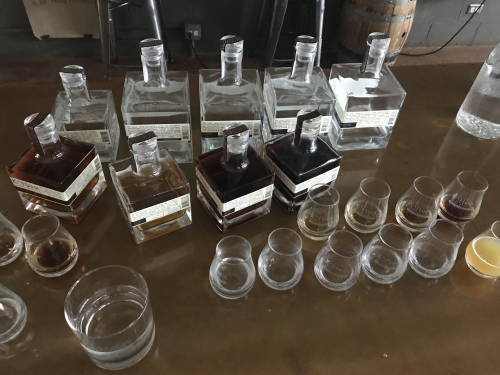 Kila: Kea cane, aged and then finished in a rye barrel for Skull & Crown bar in Downtown Honolulu. 61.5% ABV, delicious, with a lot going on.

Visiting the distillery: You can make reservations for a tasting at the bar or a longer educational tour in which you learn about native Hawaiian sugar cane varietals.

The visit is so popular (it's located near the Dole Plantation) that Ko Hana employs 14 farmers to grow the cane, 4 people in production to make the rum, and 10 tour guides to give tastings. 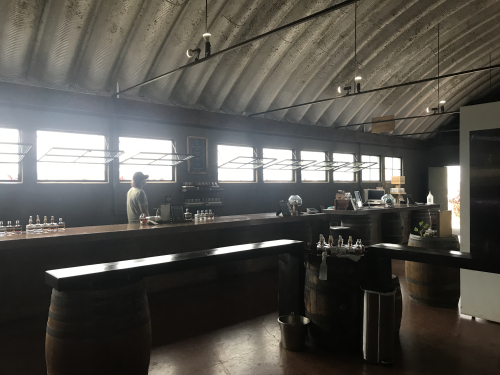 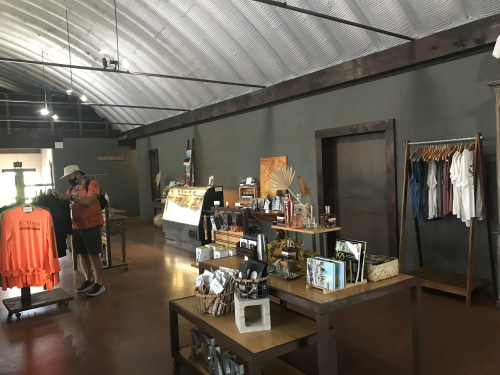 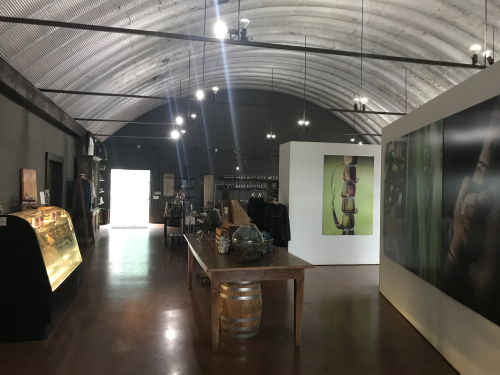 Thanks for a great visit, Kyle and Ko Hana!