I was reading a book for one of my book clubs and accidentally learned something about bar history. 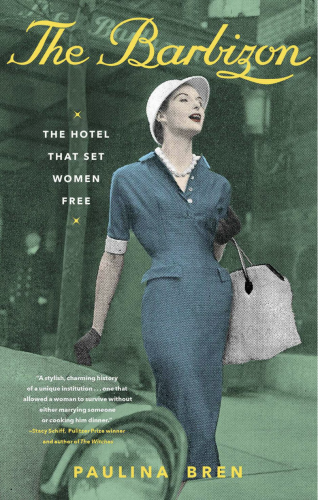 The Barbizon is ostensibly about a hotel for women in New York, but really it's about the changing role of women from the 1920s through the 1970s through the lens of the women staying in this hotel and college-aged guest editors working at Mademoiselle Magazine that were housed  there. As a book it promises very little and overdelivers spectacularly.

Opened up nearby the hotel was Malachy's, which I learned in the book might be the first singles bar in New York.

But Malachy McCourt had a front-row seat to them. On May 12, 1958, the actor, professional storyteller, and relentless bon vivant (and brother of the schoolteacher Frank McCourt, who would later write the famous memoir Angela’s Ashes), opened up Malachy’s bar on Third Avenue between Sixty-Third and Sixty-Fourth Street. Formerly called O’Rourke’s, the place was a “rundown saloon” but Malachy and his partners slapped some cream paint on the walls, put down red carpet on the floor, and put up a sign over the canopy. One final touch was a brightly lit fish tank, and the other was Earl Walker, “trained in the art of food preparation and service at Rikers Island,” as Malachy McCourt liked to say. Malachy’s would become known as the first singles bar in New York. Its location within two blocks of the Barbizon was no accident.

Opening the bar required navigating land mines of regulations and codes that spoke to the era’s emphasis on propriety and all its implications. In every bar in New York, food had to be served (from a kitchen on the premises), with one dining table available for every two feet of bar counter installed. Lighting, it was stipulated, needed to be bright enough by which to read a newspaper. (When Malachy would later be hauled in for this particular violation, the judge asked the officer the name of the paper he had tried to read. “The Daily Mirror,” the cop replied. The judge ruled against him: bad choice of reading material, he said, and if the cop wanted to read so badly, there was always the public library.) There were also unspoken rules, such as the one about women not being allowed to sit up at a bar alone. Malachy got rid of that one.

Soon after opening night, the Barbizon’s young women started to wander in, curious at first, a little hesitant, but once they had discovered it, they let their friends know that Malachy’s was a respite from what was otherwise “a pale, green preserve up and down Third Avenue, with shamrocks, and Irish bars, and green fluorescent lights.” Malachy, who could be counted on to spin a good yarn in his Irish brogue, was a regular on the Tonight Show with Jack Paar, then broadcast live from New York. The jet-setters—charmed by Malachy and “prone to the lemming syndrome,” in his words—started to flock to the bar: the Whitneys, the Reynolds (of tobacco money), the Hitchcocks, and the socialite Berlin kids, whose father was chairman of the Hearst newspaper empire (Brigid Berlin would end up as Andy Warhol’s confidante). The actors that Malachy McCourt ran with—Richard Burton, Richard Harris, Peter O’Toole, Albert Finney—also joined.

Everywhere else across Manhattan women were still being banned from sitting up at the bar by themselves, just as once they had been banned from checking in to a hotel by themselves after 6:00 p.m. If a girl was up at the bar, the thinking was, nothing good was going to come of it, and in fact there was probably nothing “good” about the girl to begin with. At first, Malachy had thought it must be a citywide regulation of some sort, but after searching for the ordinance, he realized this rule was nothing more than a tradition, and a bad one at that. He invited the Barbizon’s women to come sit up at the bar alone. At Malachy’s, anyone could sit “wherever the hell they wanted.” “The beautiful young women, and handsome guys—they’d talk to each other. And then all of a sudden there were lines outside the bar.” When finally a cop came and pulled out his ticket pad to write out a violation because there were unaccompanied women sitting at the bar, Malachy dared him to name the ordinance. The police officer could not.

What Malachy’s offered to the Barbizon residents, if not the best of decor, was a chance to speak to whomever they wished or else to sit quietly alone if they wanted to. Because that was the one single rule at the bar: in there, “you were under the protection of the house,” and no one was allowed to harass anyone else. Even the Gibbs girls, otherwise under the strict restrictions of dress codes and mandatory lights-out, would come home from their classes, put on their nightdresses, then throw on a raincoat and come over to Malachy’s. His brother Mike called them the “Raincoat Brigade.” He even claimed some of them had forgotten their nightdresses under their raincoats. Sometimes, Malachy noted, his bar offered real sustenance too, and he was not above feeding the Barbizon girls: “Sometimes you could tell if they were counting their pennies.” If the young woman ordered a beer or a soda, and then began to count out her money, placing each coin carefully onto the bar, he would cheerfully offer her a burger on the house, making it seem like the most offhand of gestures.

I then searched for more information. The New York Post has a 2017 story called, "This 85-year-old writer invented New York’s first singles bar" in which McCourt said:

Before I was married, I started the first singles bar in New York. It was called Malachy’s and it was on Third Avenue, where all the bars were Irish — neon lights and shamrocks and all that rubbish. There was a tradition where they wouldn’t let women sit at the bar; women who did were suspect. I thought that was stupid. The Barbizon Hotel for women was right around the corner, so when the young women there started to come in, I said, “Sit wherever you like!” So that’s how it happened. Beautiful people like Grace Kelly, who stayed at the Barbizon, would pop in, and then actors … Peter O’Toole, when he was in town, Alan Bates, Richard Burton, Gig Young and Jonathan Winters.

I wondered about the date of the bar relative to TGIFriday's. The New York Times published some letters in response to a story on the chain restaurants in 1998:

Just last week, an item appeared claiming that the T.G.I. Friday's bar and restaurant that opened on East 63d Street and First Avenue in 1965 was, in essence, the original singles bar. Though the F.Y.I. column usually tries to avoid claiming a first for anything, it happened this time, and though we were referring more to its prototypical singles bar decor than the clientele, the response from our readers was swift, stern and rather sentimental: ''Remembrances of a misspent youth!,'' one reader wrote. ''Malachy's, on Third Avenue between 63d and 64th Street, preceded T.G.I. Friday's by at least a year.''

Another wrote: ''Malachy's opened somewhere between 1961 and 1963, and was packed every night for several years with crowds of young people, on the sidewalk, trying to get into the place. The bar was an instant success because of its proximity to the Barbizon Hotel, at East 63d and Lexington, which at the time was all female. The girls came and the boys followed.''

And still another: ''As an East Side single in the early 60's, I can tell you that Malachy's on Third Avenue and East 64th Street was certainly the first of its kind. It didn't have the ferns or the bentwood chairs, but it became famous citywide. If decor is the criterion, then T.G.I. Friday's loses to Gleason's, which set up shop at East 75th Street and York Avenue well before Mr. Stillman and others, and featured the ornate wooden bar that had graced the Schaefer's Beer Pavilion at the 1964 World's Fair. It was a grand time to be young and single in New York!''

Oh and just another fun fact the hotel was later purchased and renovated by Ian Schrager and Steve Rubell of Studio 54 fame. 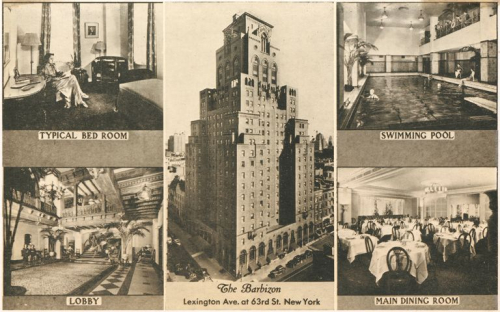