Notes on Rum from the Book Sugar: The World Corrupted 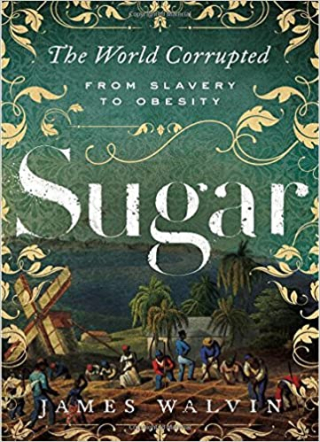 I recently read the book Sweetness and Power: The Place of Sugar in Modern History by Sidney W. Mintz [amazon][bookshop]. This book compares sugar production and consumption patterns specifically looking at the place of sugar in England as it grew from a luxury item to an everyday necessity. The book is academic and not an easy read, and eventually makes some points about the place of sugar as a tool for increased productivity under capitalism. But along the way it has great facts and statistics that I've referred to several times.

Many people consider it a very important and useful reference, as do I. But the book was written in the 1980s and really feels like it.

I then discovered a more recent book (2018) on sugar, Sugar: The World Corrupted: From Slavery to Obesity by James Walvin. [amazon][bookshop] It is organized by themes in each chapter - slavery, partnering with tea/coffee, American history, sodas, obesity, etc. Having recently read other books on soda and sugar, I mostly read the chapters on slavery and on rum.

The notes below are just some things I noted from the chapter "Rum Makes Its Mark."

Some of this information bleeds into what I'm learning in my next book: Caribbean Rum: A Social and Economic History by Prof. Frederick H. Smith [amazon][bookshop]. It was recommended by a couple of smart rum nerds.  I'm only about 30 pages into the book and it's great! It is covering the consumption of rum by the enslaved people who made it, and has information on the pre-distilled sugar cane beverages of the Caribbean.

I'll probably do another blog post on what I learned from that book when I finish it.