Hitting Happy Hour at Empress By Boon in San Francisco

Empress By Boon is the fine dining restaurant in San Francisco's Chinatown at the site of the former Empress of China. 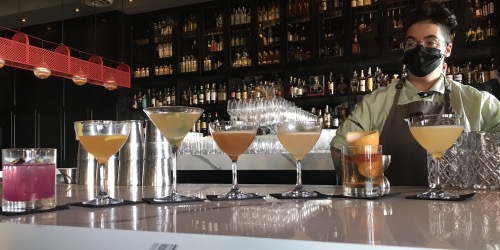 I stopped by for happy hour the other day and was treated to these sixth-floor views: 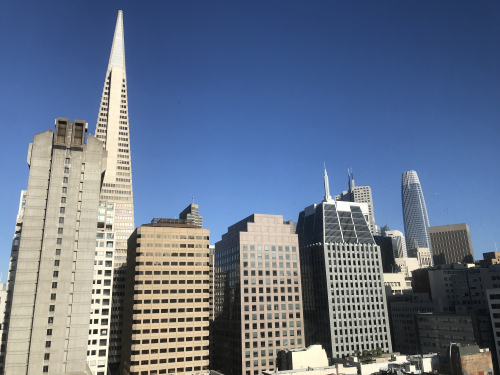 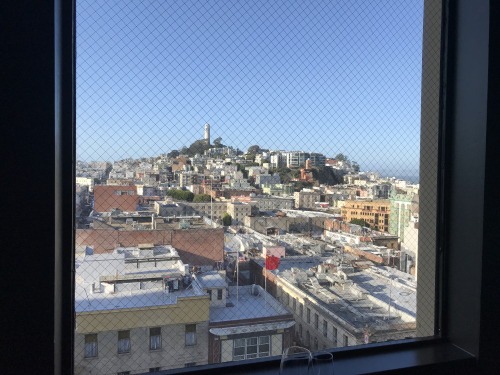 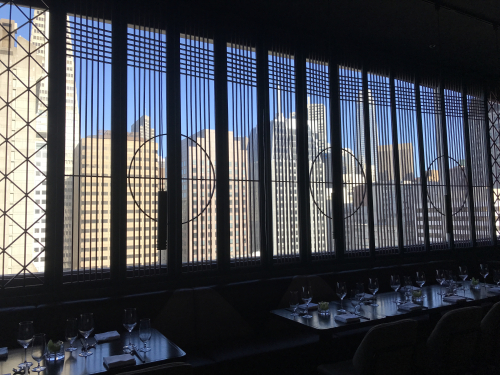 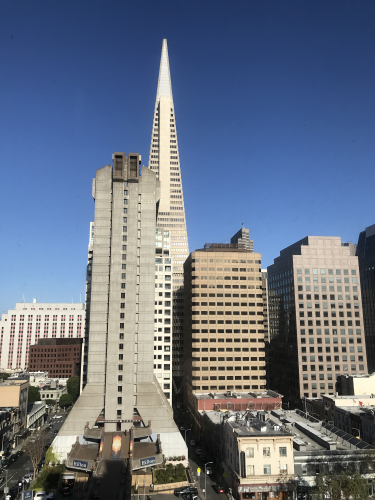 Bar Manager Emily Parian says that it's not very busy at happy hour (I was there at 5:30 on a Thursday and that was the case) so you can have all the beautiful views to yourself. That's reason enough to go, but the drinks are good too.

I would say that most of them that I tried are on the safe side (two vodka drinks on the list) rather than loaded with mezcal and absinthe and other polarizing flavors - they know their crowd. But safe is just fine with a view this spectacular. The whole restaurant is pretty nice looking too. (Much better pictures are here.) 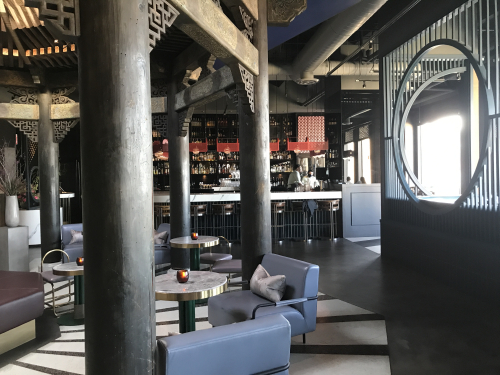 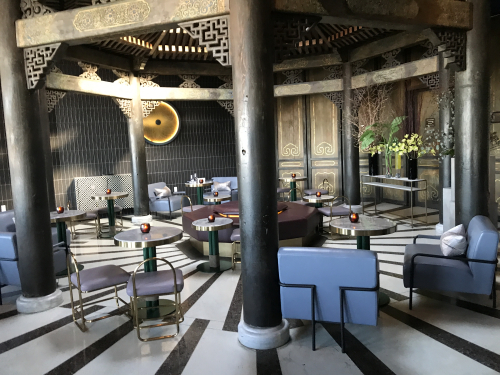 I tried the new spring cocktails. About half of the menu are new drinks. They replaced the top-selling Blue Rose (the showstopper, blueish, served in a hurricane glass but a lychee-rum drink that I'm glad I didn't have to try) with the new showstopper Too Damn Gorgeous (vodka, dragon fruit, chrysanthemum, rose, calvados, lemon). It's floral, not too sweet, pretty, and it serves its purpose well. It's already the top seller as expected. 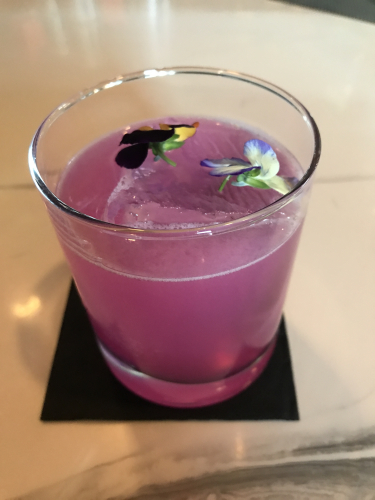 It's Happening Again (cognac, candy cap mushroom syrup, lemon, tiki bitters) was the most flavorful drink I tried, due to the candy cap mushroom. It had all those nice maple, curry, caramel-like flavors. See below for a picture.

Don't You Start With Me (gin, annatto, lemon, Pimm's) mostly tasted like a gin sour. 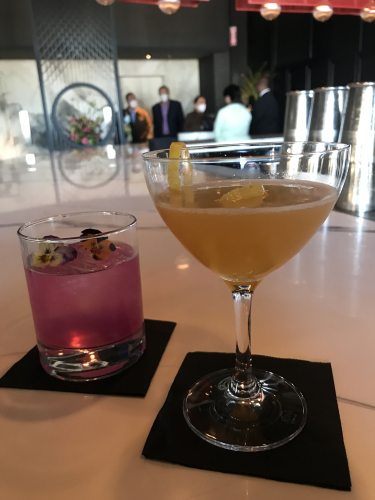 You Know What It Is (baijiu, triple sec, orgeat, lime, orange bitters) is flavorful and citrusy, and y'all know I love some baijiu! It's on the left in the picture below. The drink on the right is a version of a Baijiu Negroni from the previous menu called Days Gone Bai. Also good! 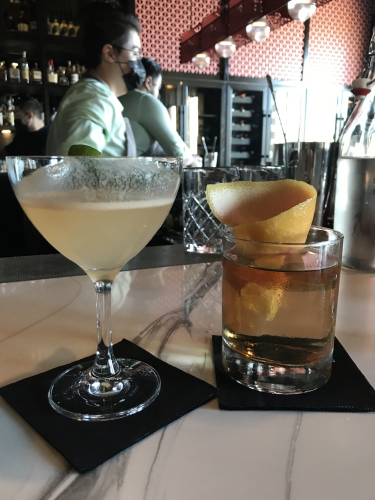 Shimmer (Toki, yuzu, honey, lime, Ango) had a nice acidic yuzu and honey note. Another straightforward and good drink, all the right flavors. It's the third one in the picture. The fourth one is the It's Happening Again described above with candy cap mushroom syrup. 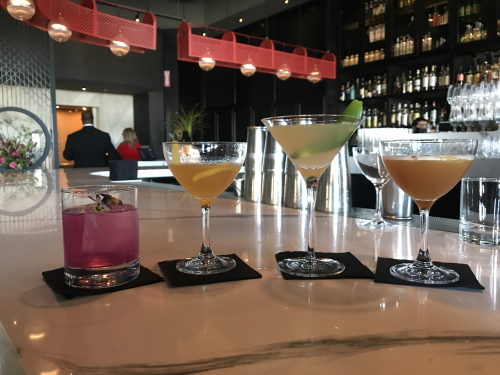 Firefly (vodka, sarsaparilla syrup, Yellow Chartreuse, lemon, orange) is dominated by the sarsaparilla syrup, which is a-okay with me! I love that flavor, like vanilla bark. It's the one all the way to the right in the picture. By the way, this is proof that I didn't finish all these drinks! 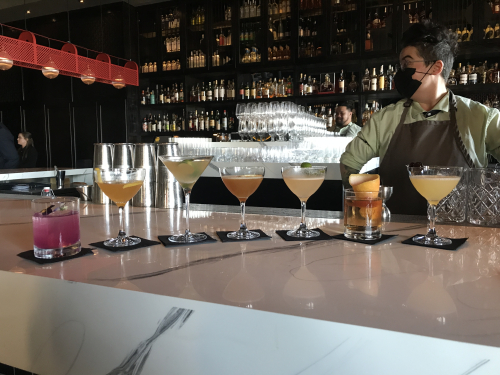 So that's that. Get in there before other people figure out where to find the prettiest happy hour in town. 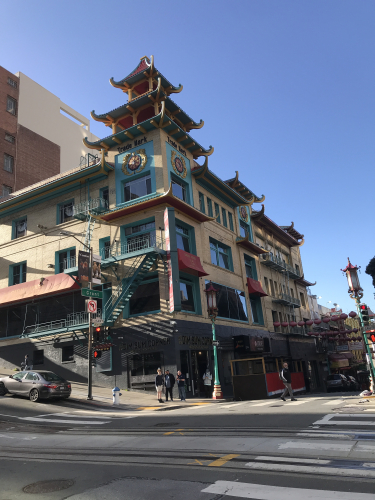 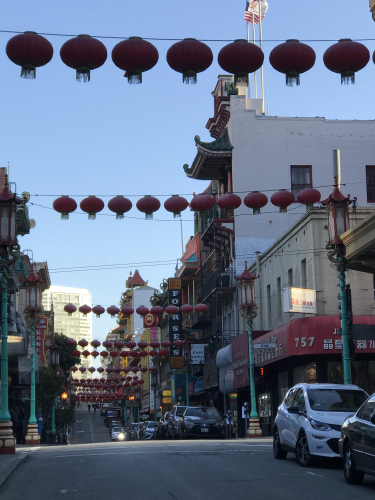 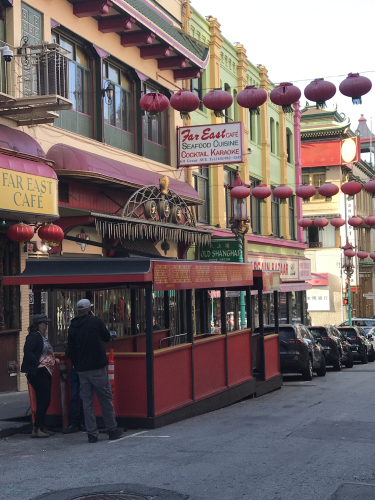