Pabu in San Francisco recently updated the cocktail menu with several new drinks. I met Mike Lay, Mina Group Director of Bars, who filled me in on what was new. 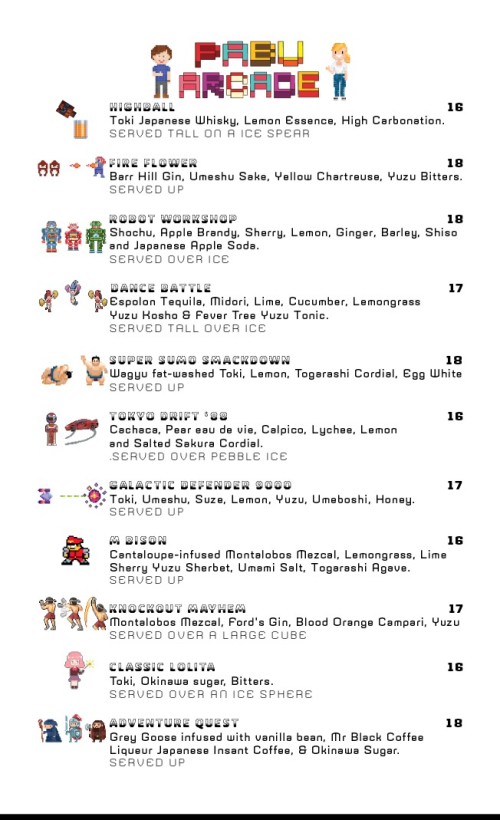 I asked the bartender working that shift what he thought the most popular ones were so far, and in his approximation they are:

It's all about the Midori in this one, though Lay says there's very little of it in the recipe. You get that initial burst of Midori flavor that makes you think it's going to be oversweet, but then it finishes fairly crisply. I enjoyed this one, kind of an outdoors summer drink. 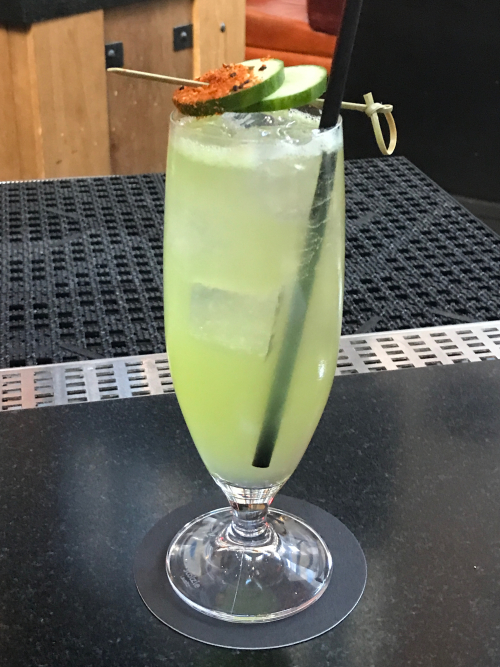 Another fun Japanese ingredient: Calpico. I'm always iffy on seeing Calpico in cocktails though, as it's sweetened with high fructose corn syrup. I think it's... a choice to have only Mexican Coke on the menu but HFCS in a drink. Too bad Calpico is delicious!  I enjoyed the flavor of this cocktail well enough. 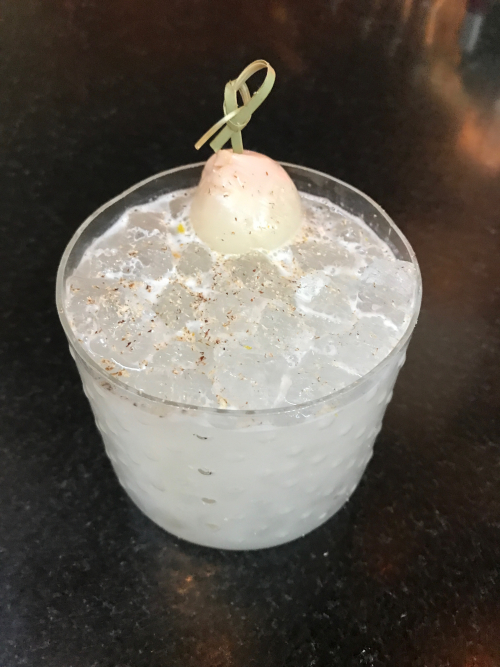 This one didn't rock my world. Nice cube though. 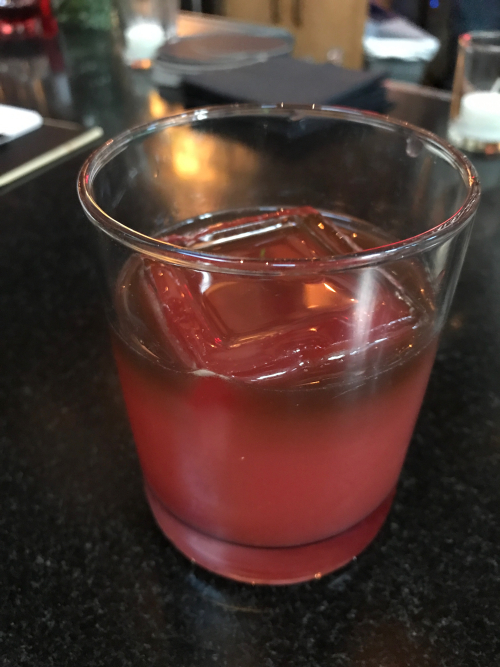 This one is held over from the previous menu. I'm vegetarian so I didn't try it. 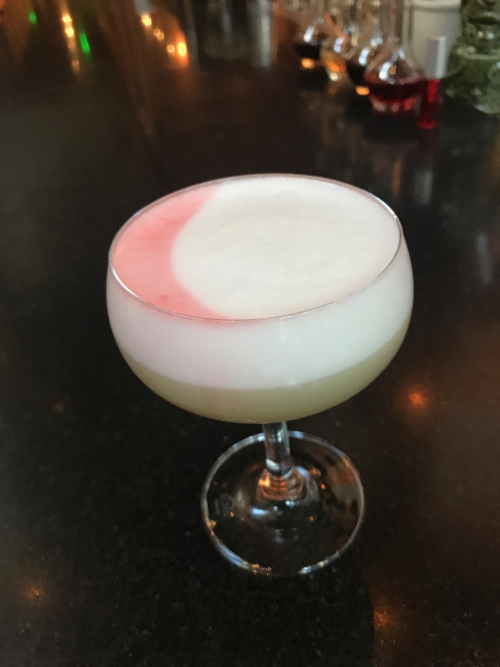 Another holdover from the previous menu. I had it the last time I was in - there is a skull shaped ice cube in the drink, so once people see one go out, other people order it, according to the bartender. The picture is from a previous visit. 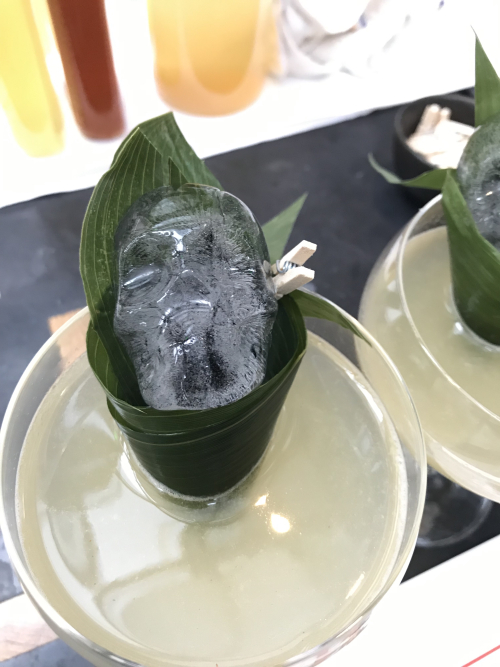 But naturally I far preferred one not in the top sellers: Robot Worship. I admit I'm a sucker for shochu in cocktails - it makes the drink taste a touch malty. (Hmm, I bet a malted milkshake-inspired cocktail made with shochu would be intereresting....) But also there is apple brandy and sherry in the drink so I was onboard. Cute cup is a bonus. 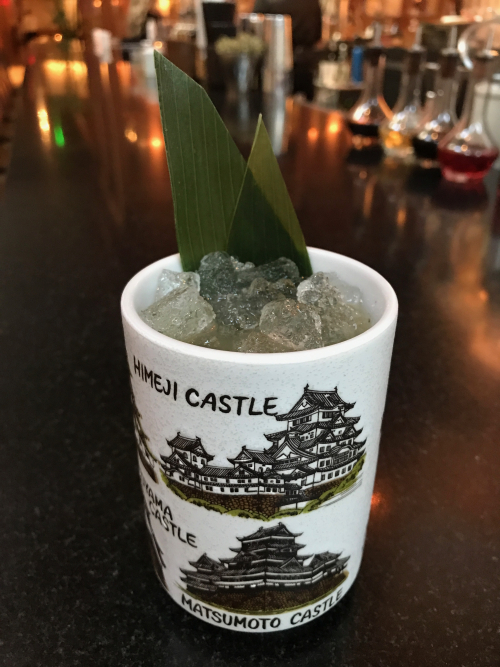 Here are some other drinks: 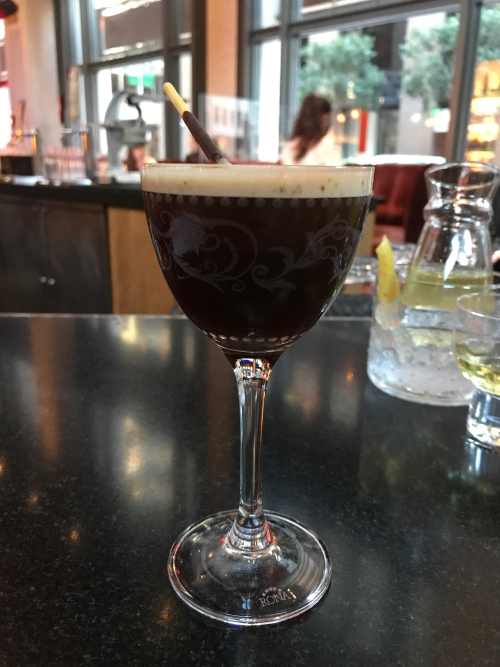 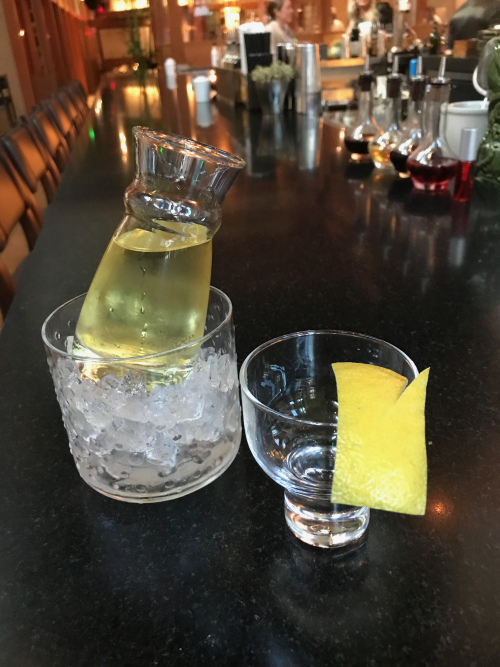 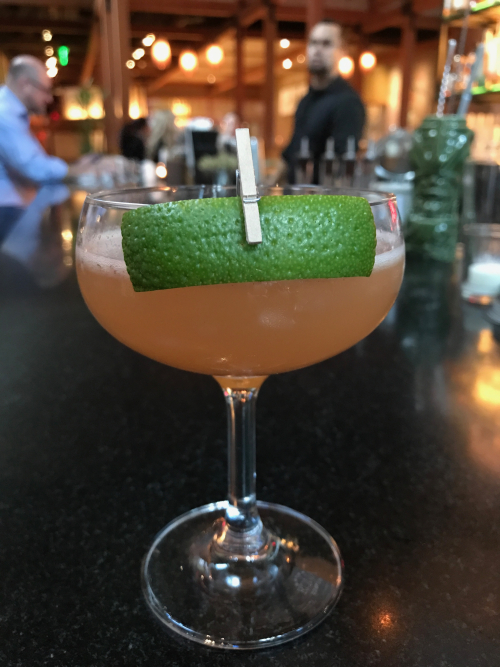