Stars and Other Colored Shapes in Clear Ice Cubes

I did a new ice thing. 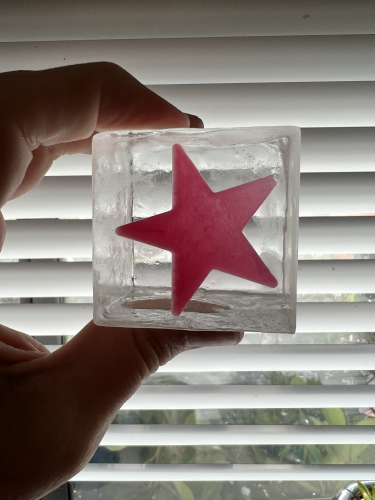 I found online these Roks Silicone Ice Cube Tray Inserts, which press shapes, numbers, letters, etc into ice cubes. However, the trays they sell with them make cloudy ice. 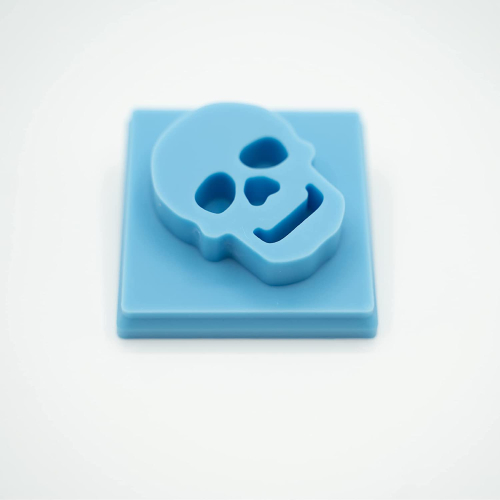 So I put them on top of my IceOlogy trays facing down so that it would press the pattern into the top of the clear cubes using directional freezing. 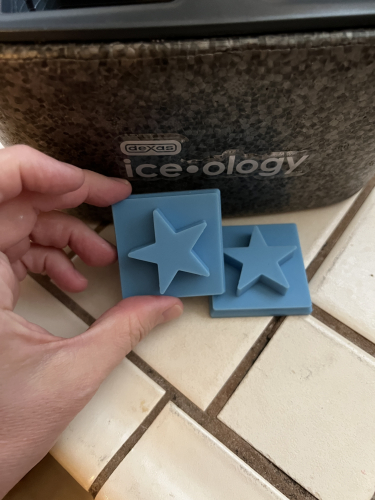 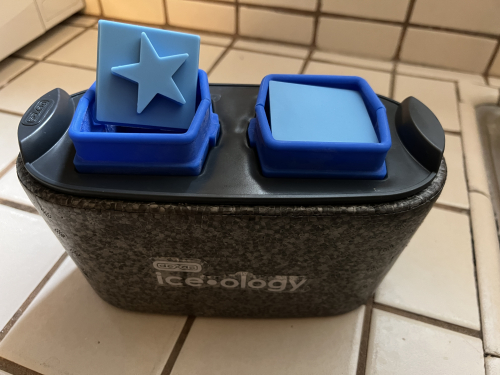 This would probably also work with trays like the Ghost Ice System and Clearly Frozen tray.

This left a nice deep impression. 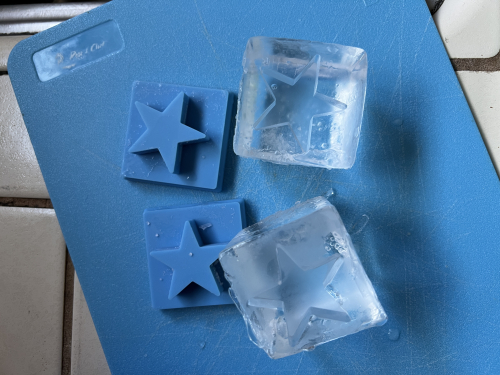 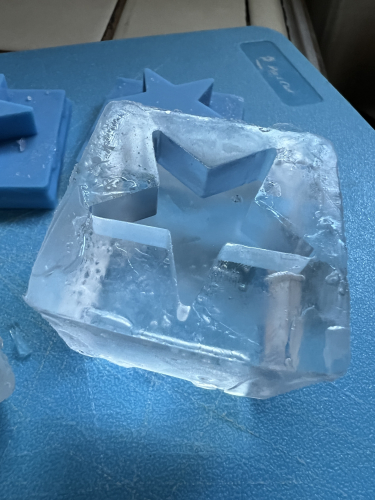 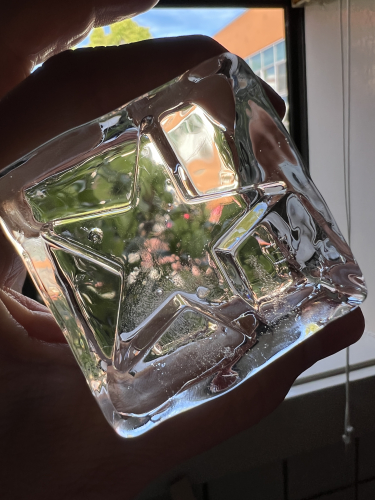 Then to fill the impression, I put some cranberry juice in the freezer for about 20 minutes until it was nearly freezing. I tried this once before with fridge-temperature juice and it melted the shape, so it's important for it to be super cold.

After it had frozen, I found it had barely overfilled the top of the cube so I melted it off by pressing it against a thaw plate.

It came out very nice, don't you think? 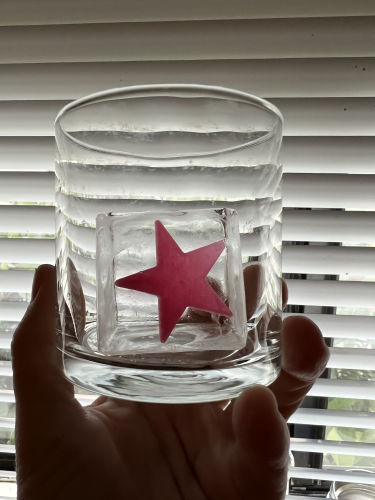 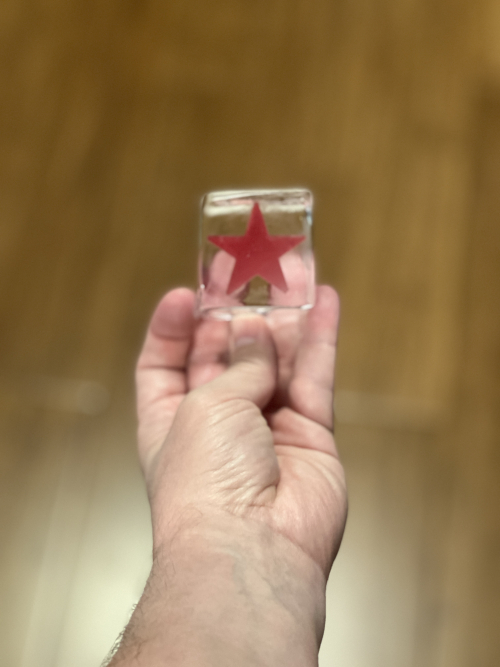 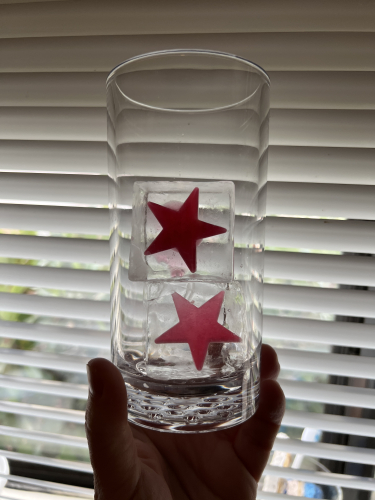 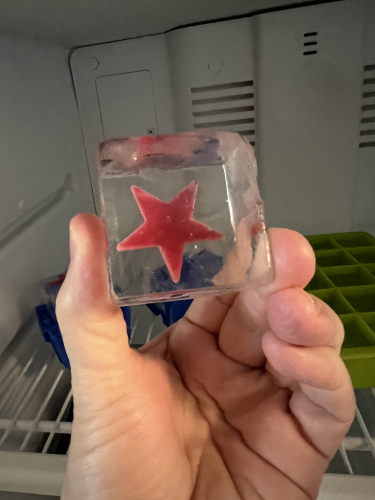 The index of all the work on ice on Alcademics is here.

WOW! Great work! It's only a matter of time until bars in Portland and Brooklyn start doing this after seeing yours. :)