Six Books on Booze Brands and How They Were Built

The launch of Brand Mysticism inspired me to think about other books about building brands, and that inspired this blog post. 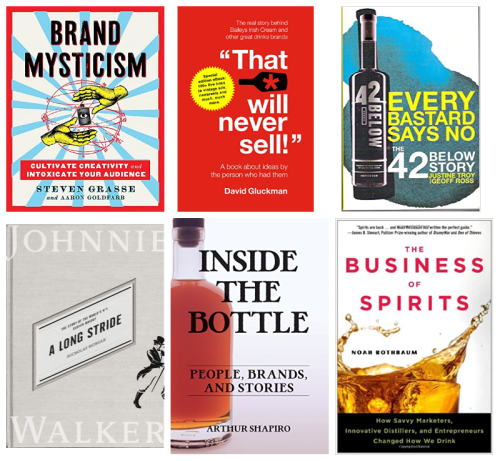 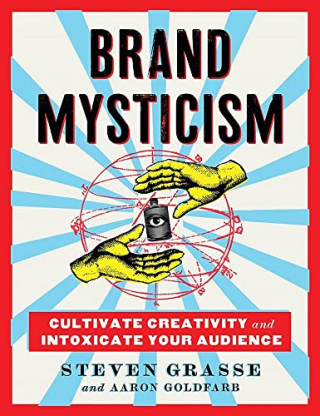 My review on AlcoholProfessor of this one is forthcoming. Grasse is "the mind behind beloved brands like Hendrick’s Gin and Sailor Jerry Rum and the guy who made cheap-beer-standbys like Narragansett and Miller High Life cool again."

The book has a lot of material about the stunts and fun of making brands cool, plus how he finds inspiration in weird history to use. After finishing the book, I went right to the library, so it inspired me in a couple ways even though the only brand I'm "building" is my own.

It's described as: "So how did he do it? Through practicing brand mysticism, a mentality for all endeavors based on keeping an open mind, taking risks, and developing authenticity—skills that have benefited him in booze, business, and beyond. In this book, he’s sharing this practice with the world. Through lessons (big life things that feel like just cool stories), case studies (how did Sailor Jerry become the punk rock Captain Morgan?), and magical ingredients (what makes a great message sing), Brand Mysticism guides you through the steps it takes to channel entrepreneurial spirit into a brand, a business, a creative practice, or a life that breaks with tradition to achieve the remarkable."

"That * Will Never Sell!": A Book About Ideas by the Person Who Had Them by David Gluckman [amazon] 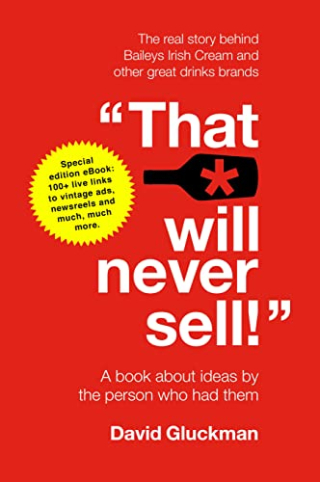 I have not read this one yet - it has been on my list for a long time, but Phil Duff mentioned that this new Kindle version includes lots of bonus material and original ads you can view and such. So get the Kindle rather than the book version.

and the book promises:

•Baileys: How a 30-second idea went on to sell billions of bottles globally

•Cîroc: How the world's first grape vodka started life in a brandy distillery in Tbilisi

•Guinness Light: How a “sure-fire hit” collided spectacularly with reality

Plus, now in a brand-new special edition eBook version, Gluckman adds over a hundred live-action links —to atmospheric video content, newsreels and the greatest, nostalgia-inspiring adverts of his career— to take readers back to the golden age of advertising.

Every Bastard Says No by Justine with Geoff Ross Troy [amazon] 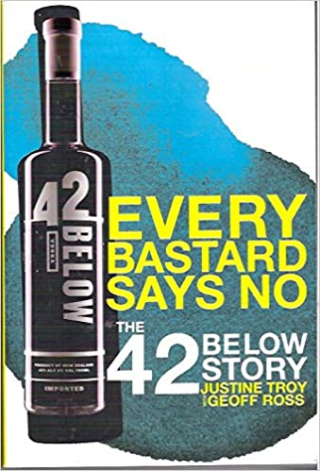 I bought this one back in 2011 or so, when 42Below Vodka was still a thing. (It was purchased by Bacardi and few have heard of it since.)

I know the book is about the irreverent style of advertising and crossing boundaries by the brand founder. The book's description is:

Initially brewed by Wellington advertising man Geoff Ross in his garage, everythingabout this vodka was audacious, from the very notion of making high-end vodkaDownunder to its irreverent ad campaigns and the fact that it would go on to beat the world's great vodka brands in international competitions. But the most remarkable thing about 42 Below was the way it won the respect and support of the world's leading bartenders and eventually attracted the attention of liquor giant Bacardi, which paid millions to buy the brand four years ago.Every Bastard Says No is the rollicking tale of how Geoff Ross, his wife Justine, andtheir business partners and loyal staff risked all and worked their butts off to do whatNew Zealanders so dream of doing but so rarely manage: build a brand that makes the world sit up and take notice. It's an inspirational business story that will appeal toentrepreneurs, business students, creatives, and everyone who loves a brave - andultimately successful - Kiwi start-up.'This book will bamboozle those who look for neat classifications. Is it a business book?A biography? Or a beverage bible? I don't know - and it doesn't matter. It works. It'sbrilliant! Like 42 Below.' Mark Weldon, CEO New Zealand Stock Exchange

Three More Books on How Booze Brands were Built

These books weren't written by the founders of brands but about brand building.

Inside The Bottle: People, Brands, and Stories by Arthur Shapiro [amazon][bookshop] 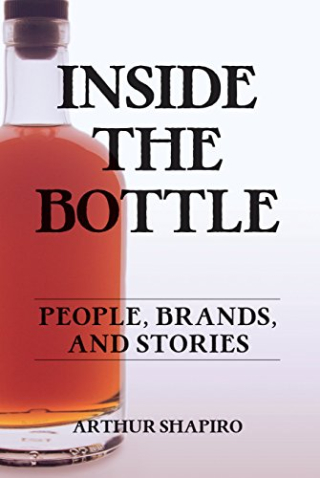 Shapiro was in the room when many brands were created or marketed. I used the info about Captain Morgan in Doctors and Distillers.

"Inside the Bottle: People, Brands, and Stories is an intimate and informative behind-the-scenes window to the global liquor and wine business by one of the industry’s leading marketing gurus. As an industry insider and publisher of the popular blog, Booze Business, Arthur Shapiro provides a unique view that appeals to a diverse audience. Marketing, alcohol, and short story enthusiasts alike can learn from and laugh along with Shapiro’s experiences. Inside the Bottle gives a sometimes shocking look at the U.S. alcohol industry in a conversational and entertaining style. It focuses on the key players, their relationships, and stories. It’s about marketing and sales, brand building, image and product excellence, and what it takes for a brand to win. It’s about how a successful industry has evolved and been fashioned."

The Business of Spirits: How Savvy Marketers, Innovative Distillers, and Entrepreneurs Changed How We Drink  by Noah Rothbaum [amazon] 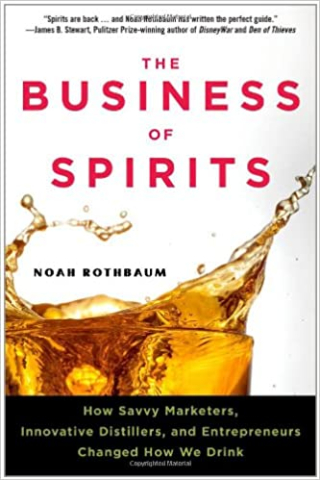 Walk into a liquor store today and you’ll be faced with an unprecedented variety of vodka, gin, whisky, cognac, rum and even tequila. In the past decade, the amount of spirits sold in bars, stores and restaurants has climbed nearly sixty percent. Celebrating the acumen of the businessmen and craftsmen responsible for this phenomenal sales growth, The Business of Spirits: How Savvy Marketers, Innovative Distillers, and Entrepreneurs Changed How We Drink, is a cocktail of history and insight into a rapidly growing industry. Journalist Noah Rothbaum takes readers from the cellars of Cognac, France, to the Scottish Highlands to the agave fields of Mexico to find out what’s now driving this age old industry. The book explores new production techniques, cutting-edge marketing campaigns and introduces a new crop of crafty entrepreneurs.

A Long Stride: The Story of the World's No. 1 Scotch Whisky by Nicholas Morgan [amazon][bookshop] 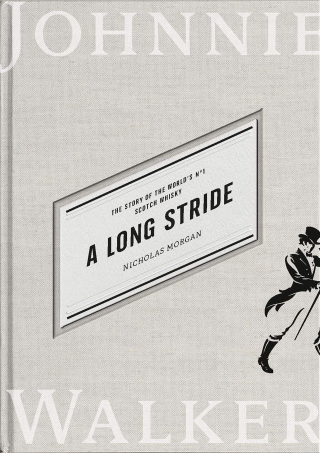 This one I only peaked into to pull out some information I used in Doctors and Distillers about how soda water and scotch was considered a healthy beverage. But it's great and I can't wait to finish it, Nick Morgan is a great writer and expert.

The history of Johnnie Walker, beginning in 1820, is also the history of Scotch whisky. But who was John Walker―the man who started the story? And how did his business grow from the shelves of a small grocery shop in Kilmarnock to become the world’s number one Scotch?

A Long Stride tells the story of how John Walker and a succession of ingenious and progressive business leaders embraced their Scottish roots to walk confidently on an international stage. By doing things their own way, Johnnie Walker overturned the conventions of late Victorian and Edwardian Britain, survived two world wars, and flourished despite prohibition and the Great Depression to become the first truly global whisky brand, revolutionizing the world of advertising along the way. Ultimately the story is a testament to how an obsession with quality and a relentless drive to always move forward created the most recognized Scotch whisky brand in the world.