You can make clear ice cubes in a tray in a cooler by punching holes in the bottom of each cube compartment and setting the tray on a riser. This is described here. Most commercial clear ice cube trays work similarly.

But cubes are not the only shape of clear ice you can make in this method. Using these cheap silicone cupcake liners from Amazon: 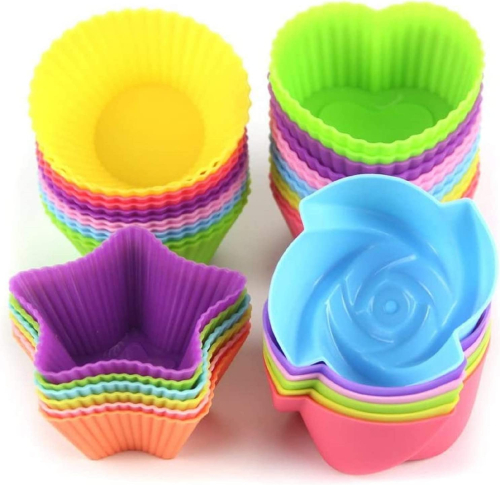 I poke holes in them (using this hole punch) and set them on a riser in a cooler. I then filled the cooler with water up to the level of the top of the cupcake liners. I let them freeze for 24 hours, though I could have pulled them out sooner. 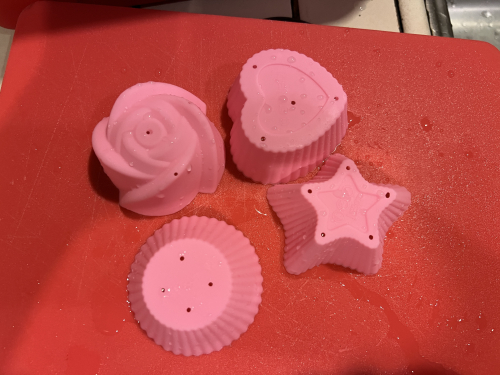 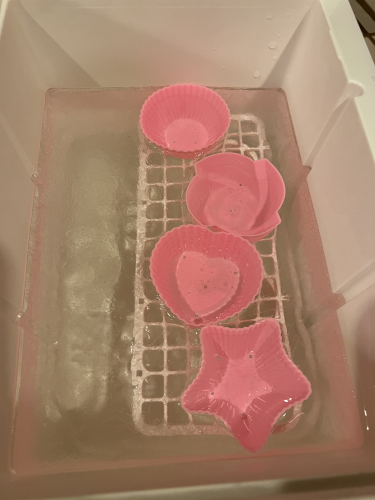 The silicone cupcake liners pulled out of the ice surprisingly easily, and the ice slipped right out. 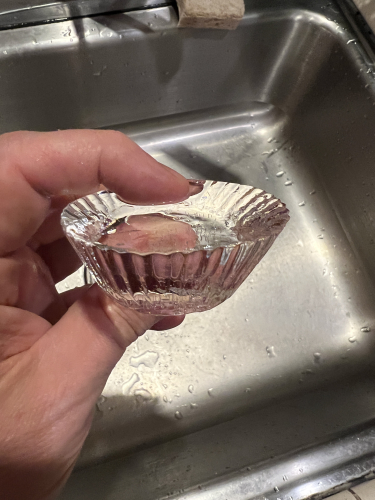 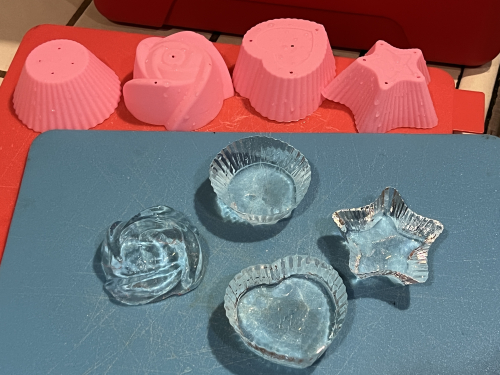 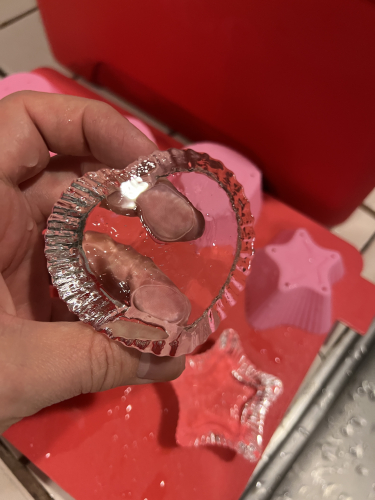 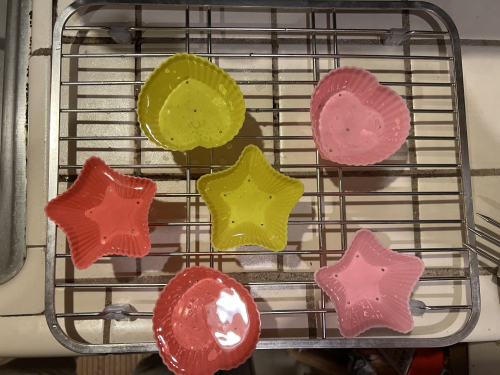 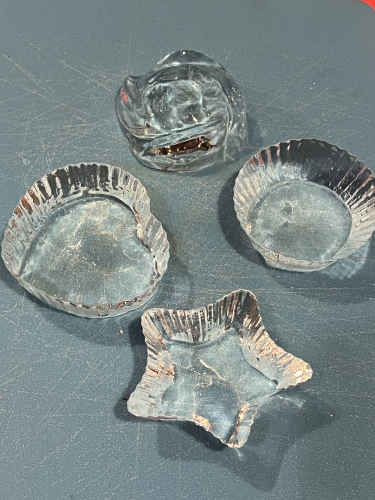 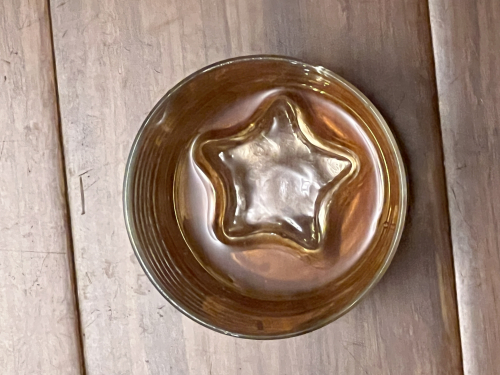 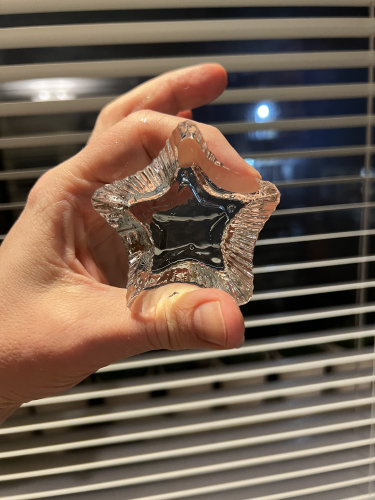 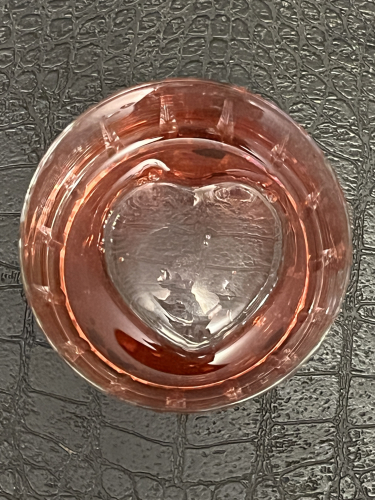 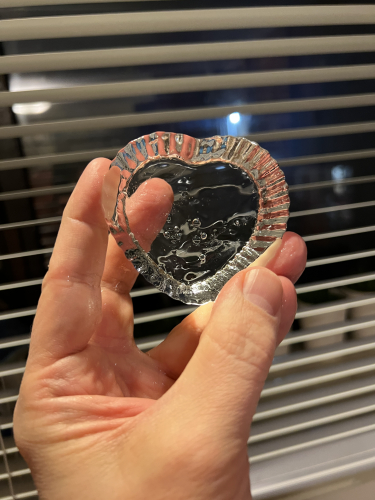 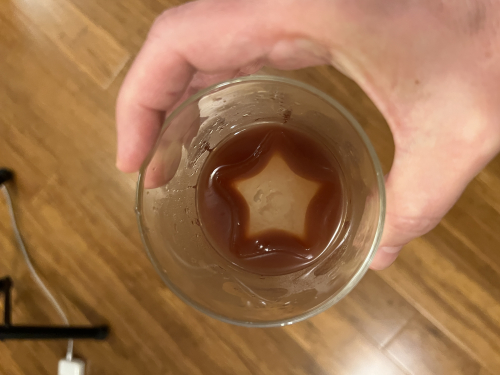 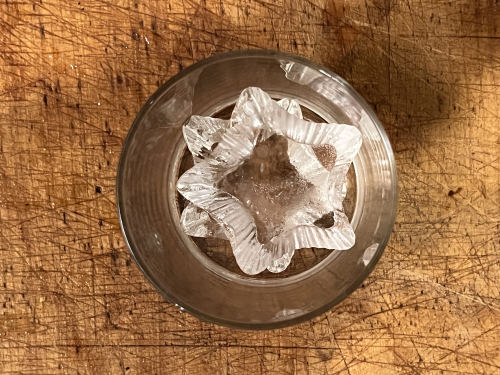 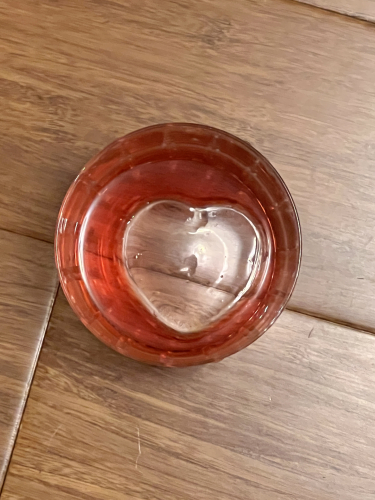 I'd love to think of a way to best display them in cocktails. Perhaps tucked into crushed ice at the surface of a drink. Of course they'd also look great with colored ice, but then we wouldn't have had to poke holes in the cupcake liners in the first place!