About Alcademics and Camper English 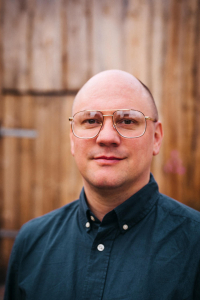 About AlcademicsTM and Camper English

Camper English is a San Francisco-based cocktails and spirits writer and educator who has contributed to publications including Popular Science, Saveur, Details, Whisky Advocate, Drinks International, and many more. He is the author of Doctors and Distillers: The Remarkable Medicinal History of Beer, Wine, Spirits, and Cocktails. His work has been cited in at least 25 other books.

He is a regular speaker at bar industry conferences in addition to corporate events and educational institutions. He is also the founder of CocktailSafe.org and CocktailGreen.org in addition to his main site Alcademics.com.

Camper is the pioneer of the "directional freezing" technique to make perfectly clear ice that is used around the world. He has visited over 140 distilleries, blending houses, and bodegas in more than 25 countries, has judged cocktail contests locally and internationally, is a member of the United States Bartenders' Guild, passed the prestigious B.A.R. course, is a judge of the San Francisco World Spirits Competition, and was an international polling coordinator for the World's 50 Best Bars for several years.

In addition to his work as a journalist, Camper is a:

Alcademics.com is journalist Camper English's blog about cocktails, spirits, bars, and bartenders, as well as the place to find links to Camper's published work on other sites.

Techniques developed and reported on Alcademics have been widely implemented in bars around the world from Sao Paulo to Singapore to Scotland, including methods for making clear ice and uses for dehydrated liqueurs.

Camper English has written for the following publications:

Camper studied physics as an undergraduate and computer science in grad school. The drinking and writing he picked up as he went along. Camper is a member of the United States Bartenders' Guild, has passed the BARSmarts program and the prestigious B.A.R. course in New York. Camper was inducted into the first American chapter of the Ordre International des Anysetiers in 2012. 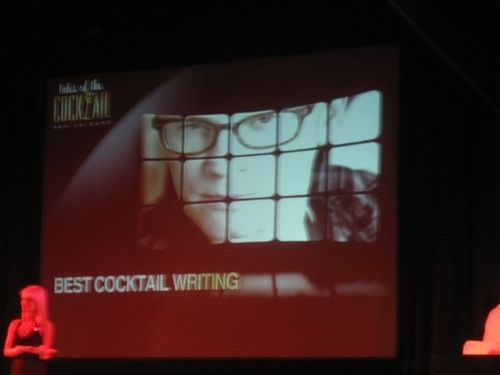 Disclaimer Regarding Samples and Trips

As a blogger and journalist, I frequently receive samples of spirits, tools, books, and other freebies, and partake in press trips sponsored by brands, destinations, and industry groups. While not all products and places discussed on this site have been provided by 3rd parties, readers of Alcademics.com should assume that any product or destination mentioned on this site has been provided or paid for by a 3rd party.