I reviewed 5 books for Alcohol Professor. The reviews are here. The books are (links are to Amazon) The Bartender's Cure The Little Book of Whiskey Cocktails Cocktails, A Still Life Cocktails of Asia Black Mixcellence Read more →

An Interview with Me in Imbibe Magazine

In which I talk about laser beams and syphilis. Read it here. Read more →

The Not So Simple Task of Categorizing Rum

In a story for AlcoholProfessor.com, I wrote about my attempt to categorize rum by studying existing classification systems and perhaps devising a new one. Spoiler: I didn't have much success. Read all about it here. Read more →

A Series on Bitter Botanicals 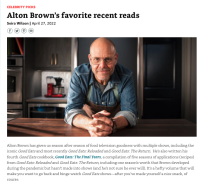 Sharing this write-up about my book from Alton Brown: "Alton Brown has given us season after season of food television goodness with multiple shows, including the iconic Good Eats and most recently Good Eats: Reloaded and Good Eats: The Return. He’s also written his fourth Good Eatscookbook, Good Eats: The... Read more →

Review of Doctors and Distillers in Publishers Weekly

My book Doctors and Distillers got a nice review in Publishers Weekly! Cocktail and beverage writer English makes a spirited debut with this vibrant cultural history of alcohol’s transition from medicine to social lubricant. Gin and tonic, a popular concoction consumed by British soldiers in the 1800s to stave off... Read more →

A Visit to Brucato Amaro, Made in San Francisco 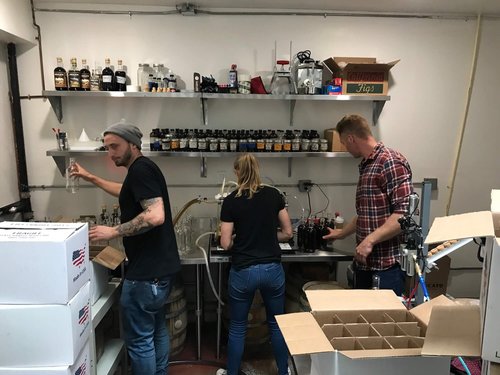 This is a story I wrote that first appeared on AlcoholProfessor.com, reprinted here with permission. Can Brucato Amaro Capture California's Diverse Terroir in a Bottle? Brucato Amaro Bottling by Camper English The production facility for Brucato Amaro is not found deep in California’s redwood forest, nor in its orchards or... Read more →

I just realized that this is my tenth year at making The Big Drink list for 7x7 Magazine. It's a list of iconic cocktails in San Francisco. Check out the 2012 version here. As usual it's a list of super classics like the Irish Coffee at The Buena Vista and... Read more →